The patio will is named "Under the Neon Palms" as a nod to the iconic neon-lit palm tree sign hanging from above. 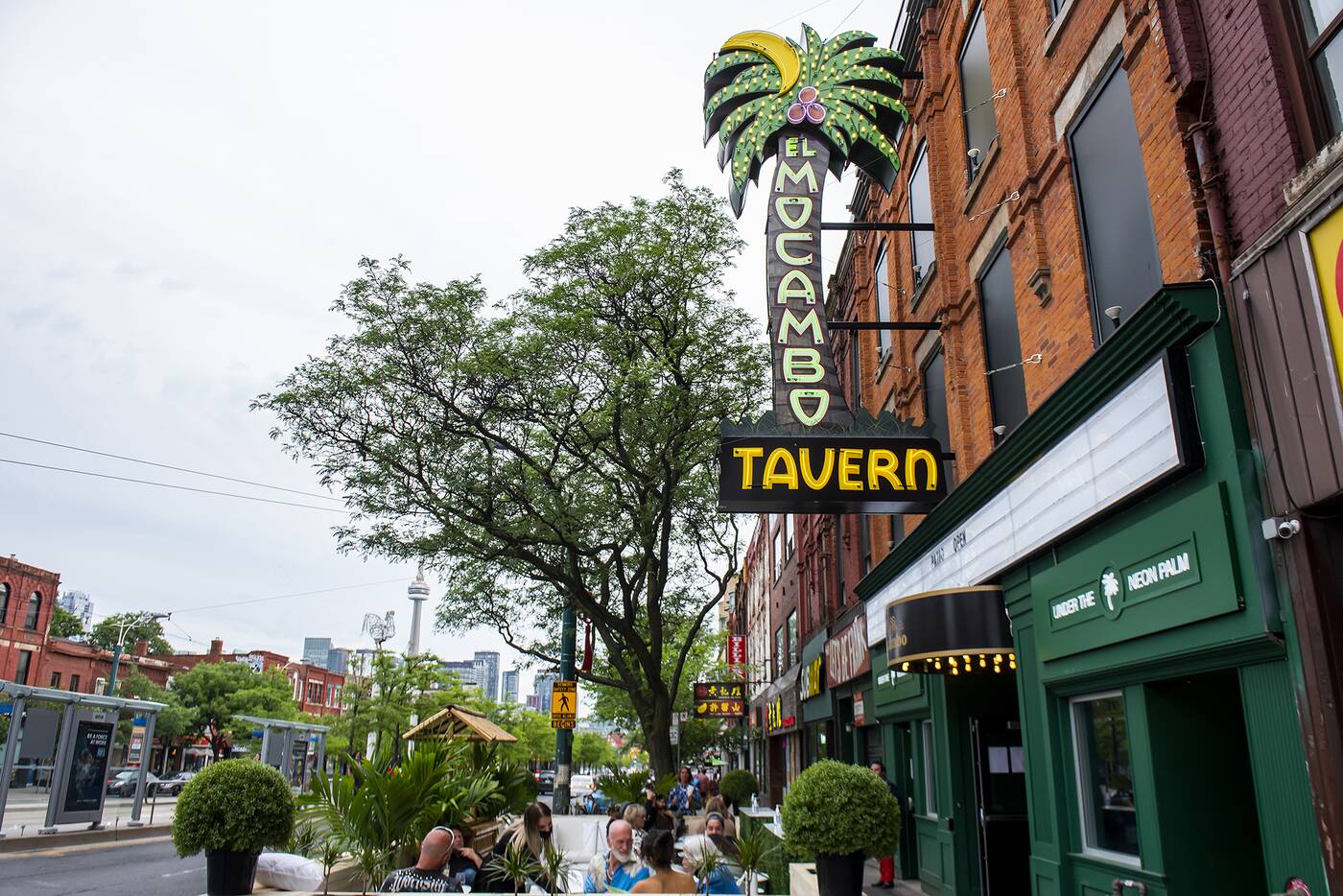 Director of Operation, Alicia Hibberd tells blogTO that, "We have taken the original menus from 1948 and recreated them with a 2021 twist incorporating some of the legends who have played here into the theme." 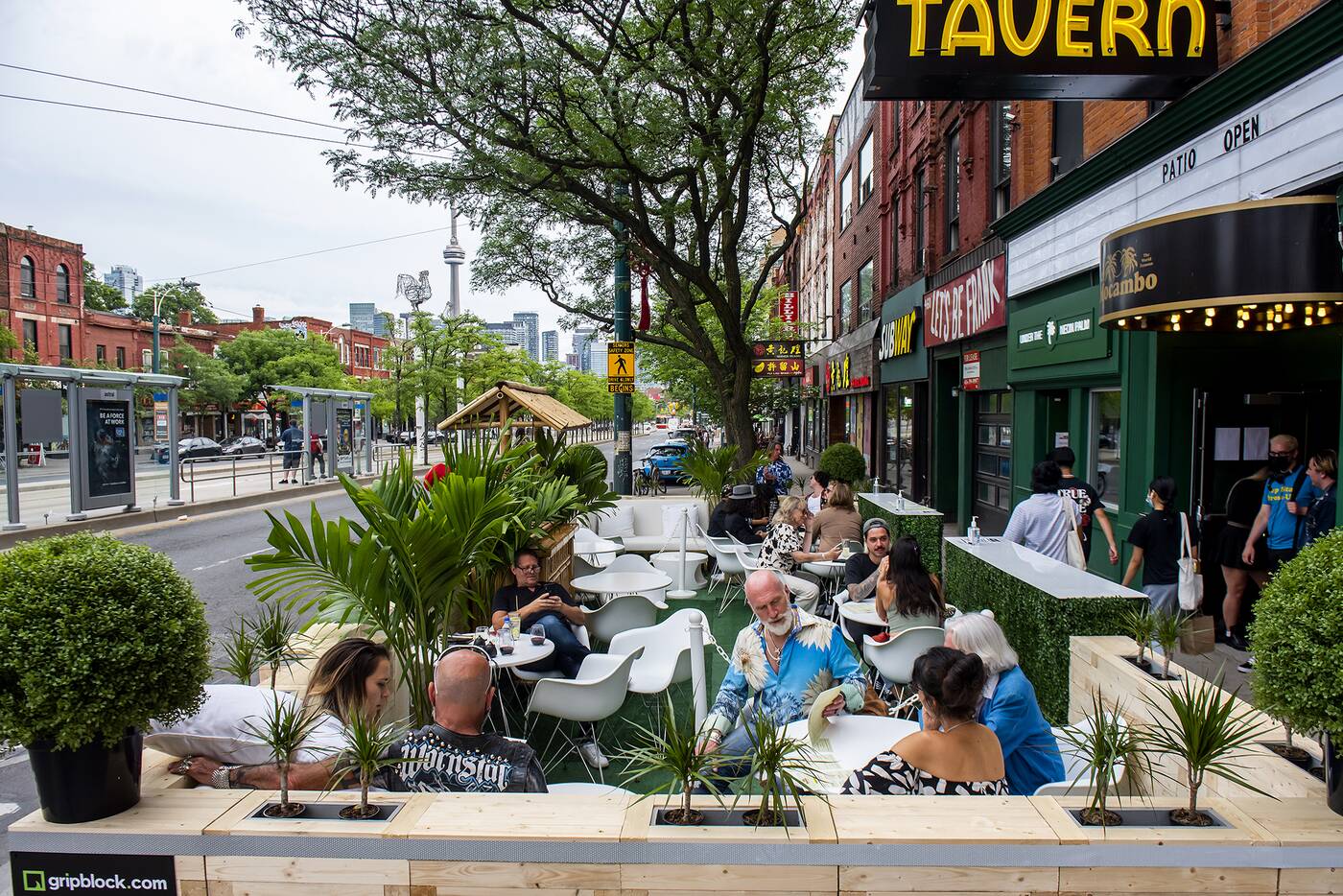 On Aug. 2, 1978, Debbie Harry played at the venue and became one of the most iconic rock legends in history. "The Blondie" ($19.48) is an ode to lead singer and is a classic dirty martini featuring 2.5oz vodka, dry Vermouth, olive brine and garnished with olives.

"The Mick Jagger" ($19.48), essentially a Margarita, which is The Rolling Stones singer's favourite drink includes; 2oz Casadores Blanco tequila, Triple Sec, lime and agave. The Rolling Stones played two surprise shows at the El Mocambo on March 4 and 5 in 1977. 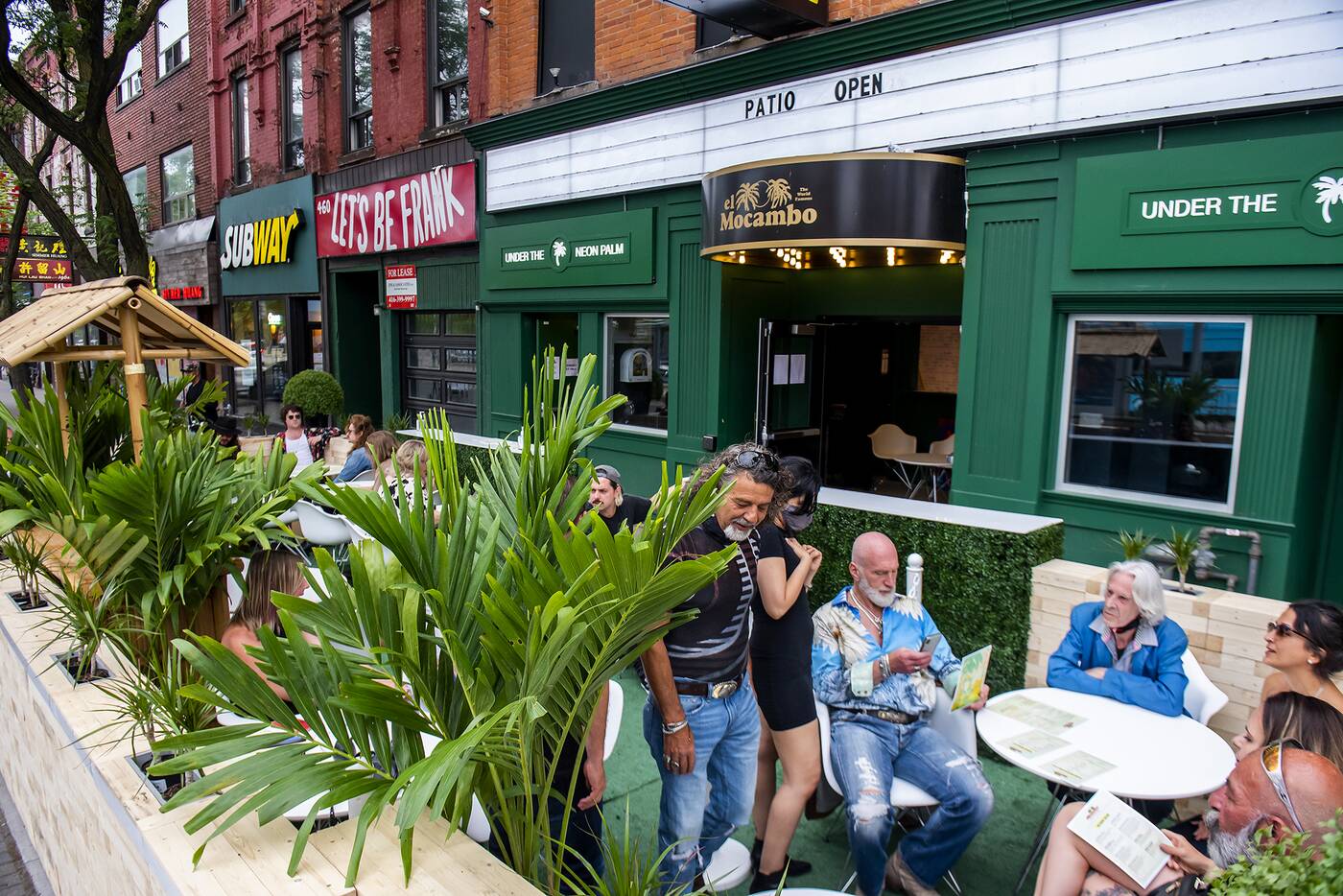 "We hope to bring something really special to Toronto this summer. We wanted to celebrate our history and that we will be opening our doors again," said Hibberd.

The El Mocambo will be serving cocktails, beer, wine, snacks and appetizers. The menu will change weekly with sushi being the feature this week and charcuterie boards, seafood towers and an oyster bar in the following weeks. 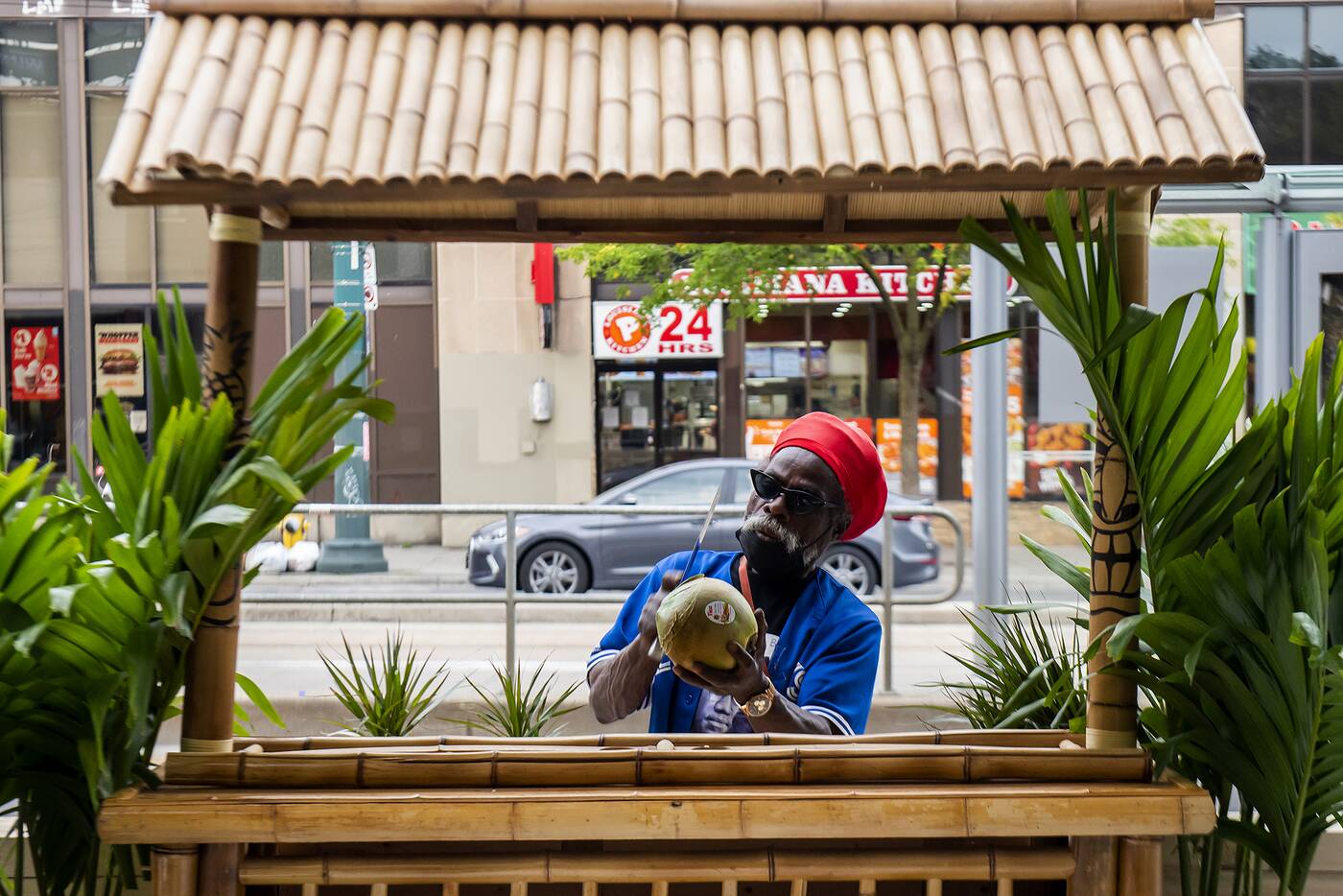 Fresh coconut will also be available and served in a freshly chopped open coconut by the coconut man aka the "Cha Cha the Chappa".

The venue hosted live streams from inside the El Mocambo this year including the artist's Matt Dusk, CZN and Gordon Lightfoot. 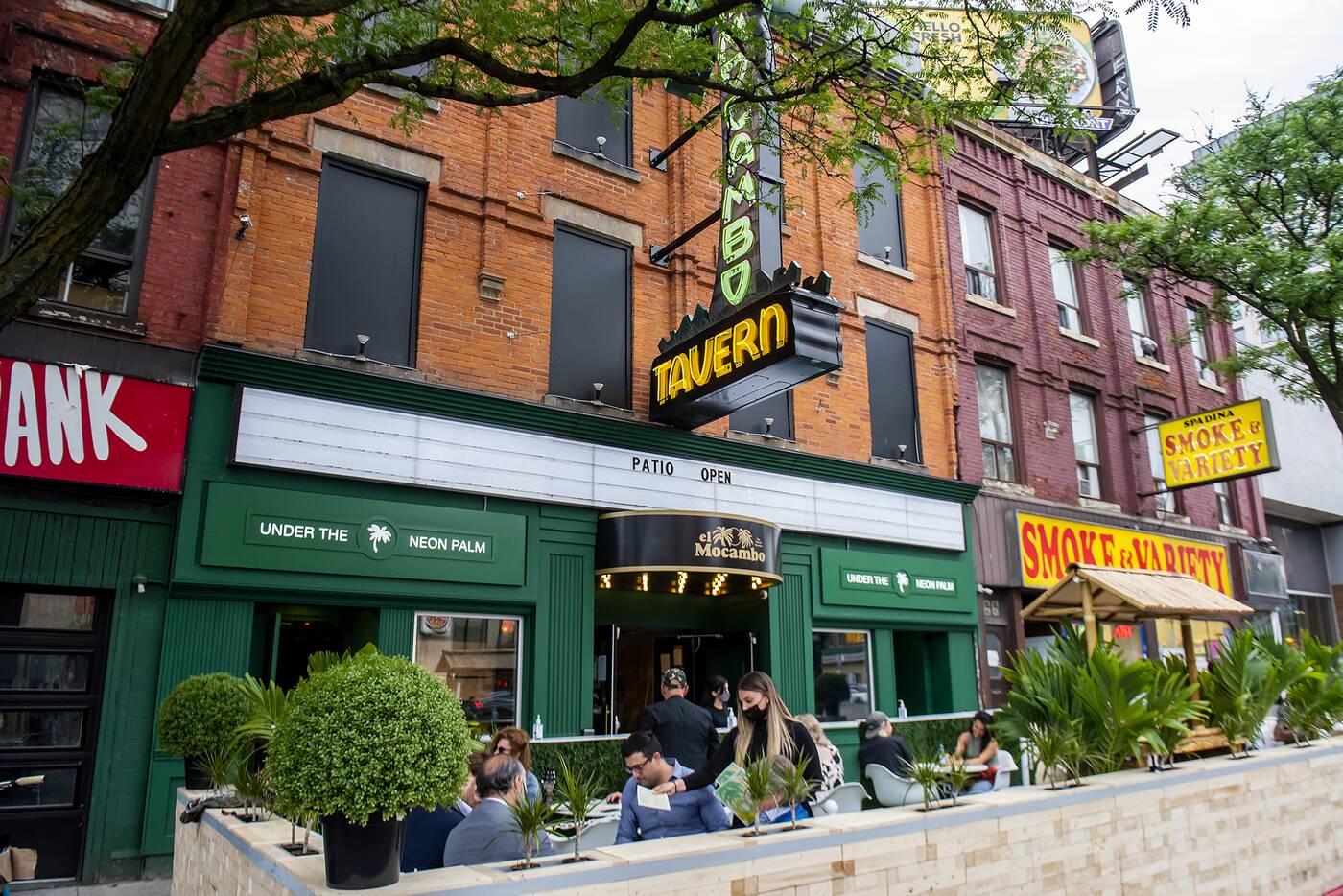 This oldie but a goodie will never get old.