Toronto is one of few places where a Finnish restaurant could transform into one of the city's most beloved dive bars over the course of 40 years.

Bistro 422, affectionately nicknamed "The Beast," has become known as a source for cheap shots and lethal mini pitchers with an awesomely grungy back patio, but before it developed this reputation it was opened as a restaurant serving Finnish food. 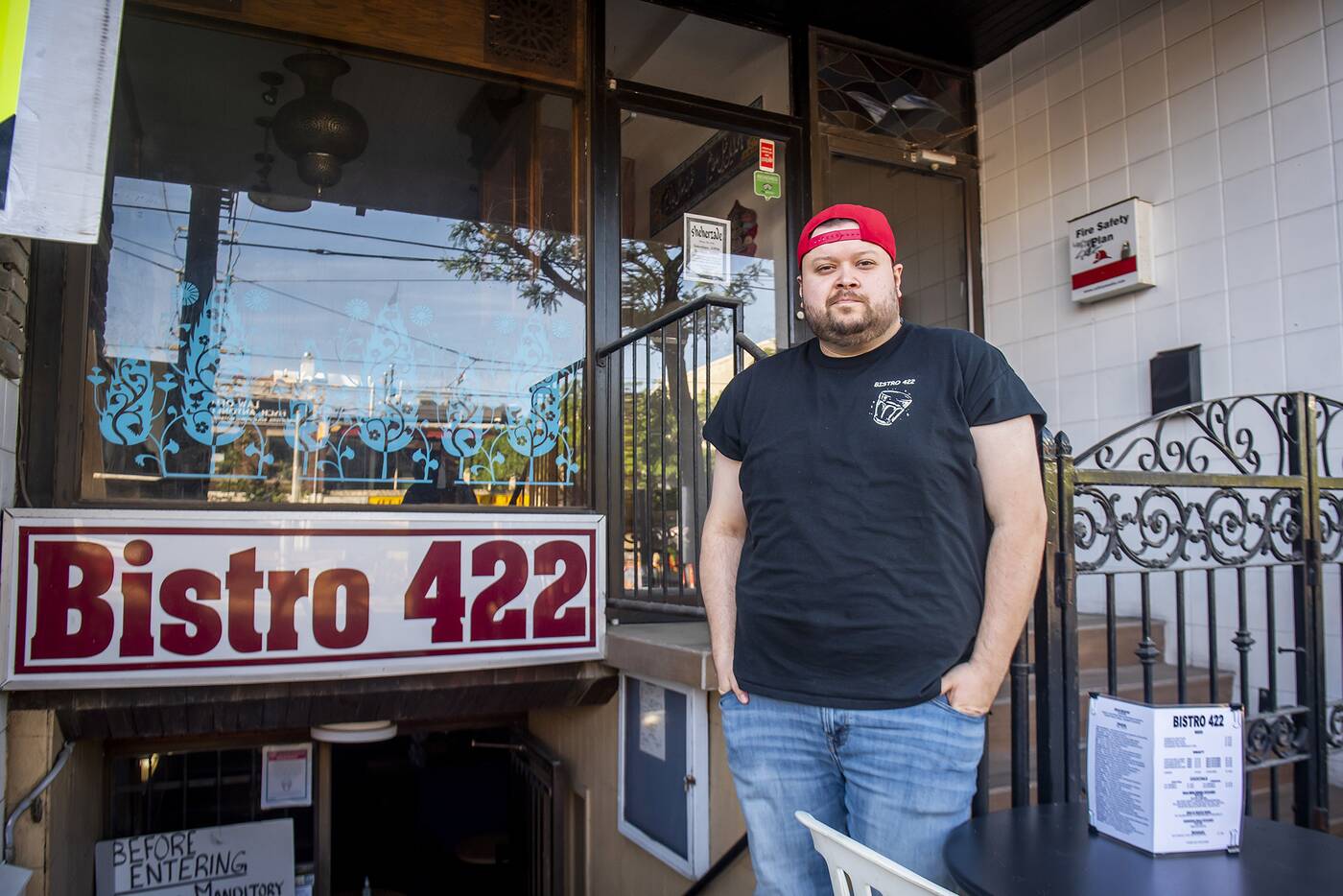 It was originally opened in 1984 by Devinder Chopra and Arja Chopra, who immigrated to Canada in the 1970s from India and Finland respectively. 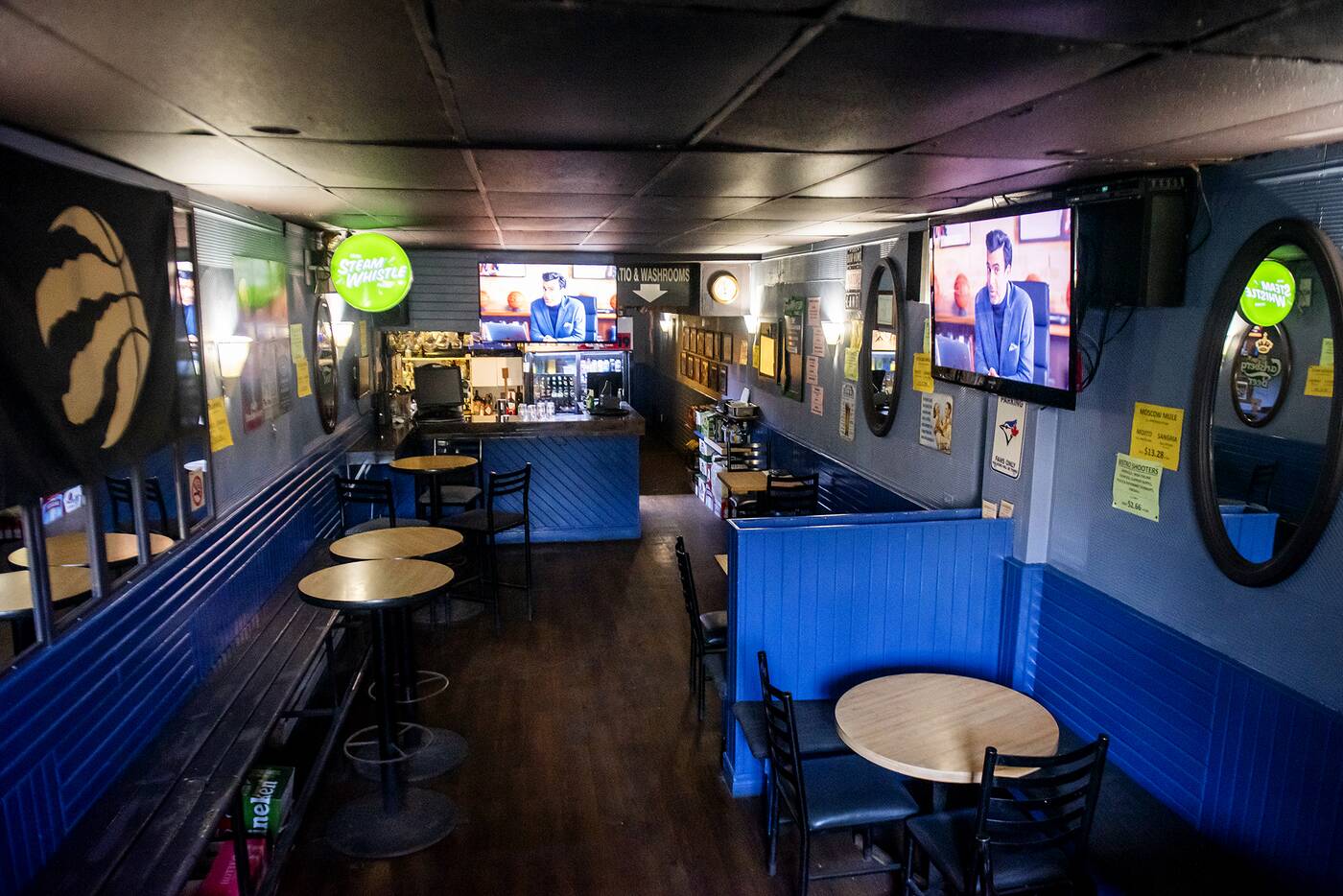 The bistro did in fact start out as a bistro, serving Finnish dishes like Finnish meatballs, veal in dill and wine sauce, and smoked salmon. 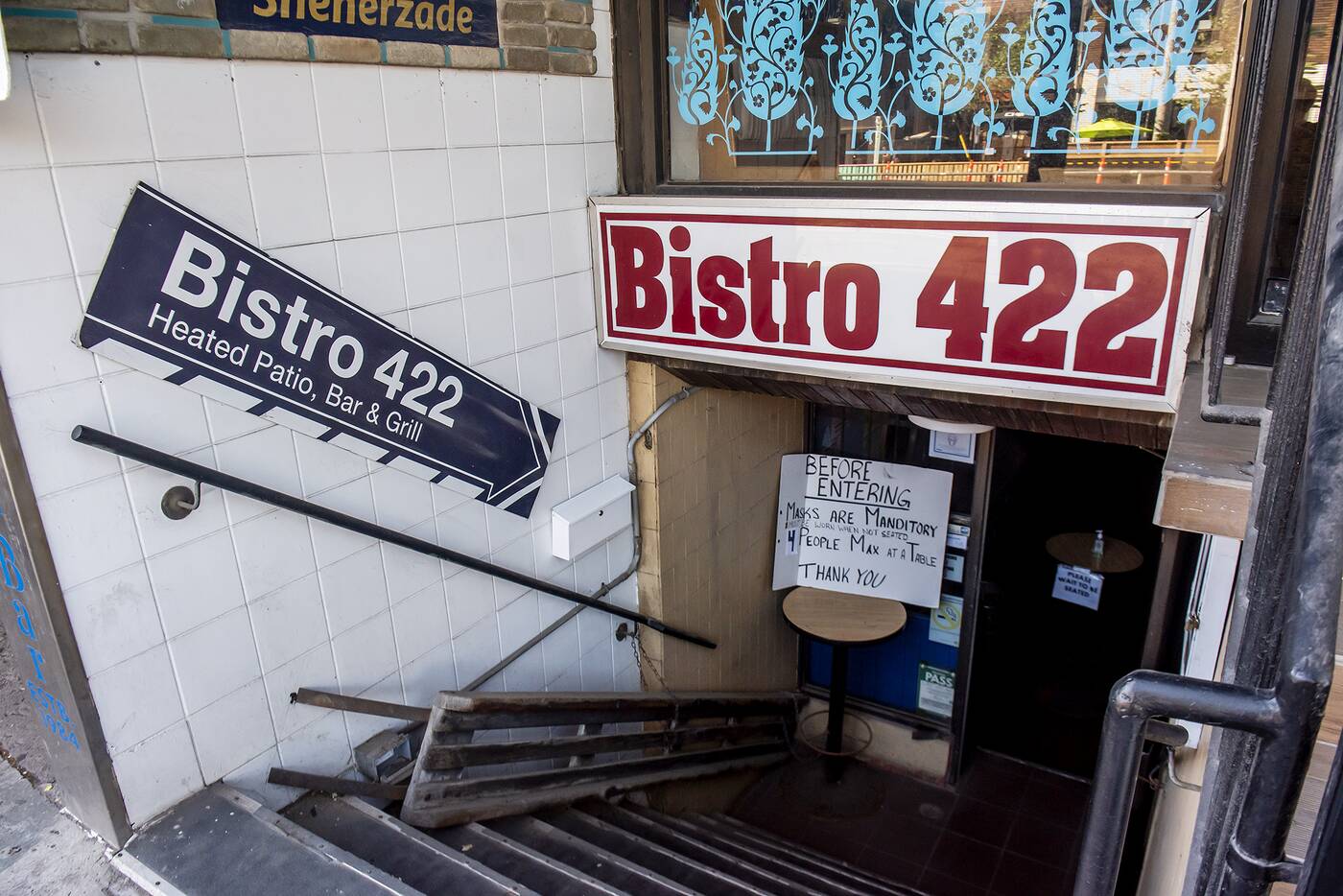 It didn't last long as a Finnish concept with a recession in the late 1980s, and they decided to rebrand the restaurant as a bar and grill.

By the early 1990s, it had become known as a punk bar, venues like Big Bop, Lee's Palace and Sneaky Dee's dotted around the area. 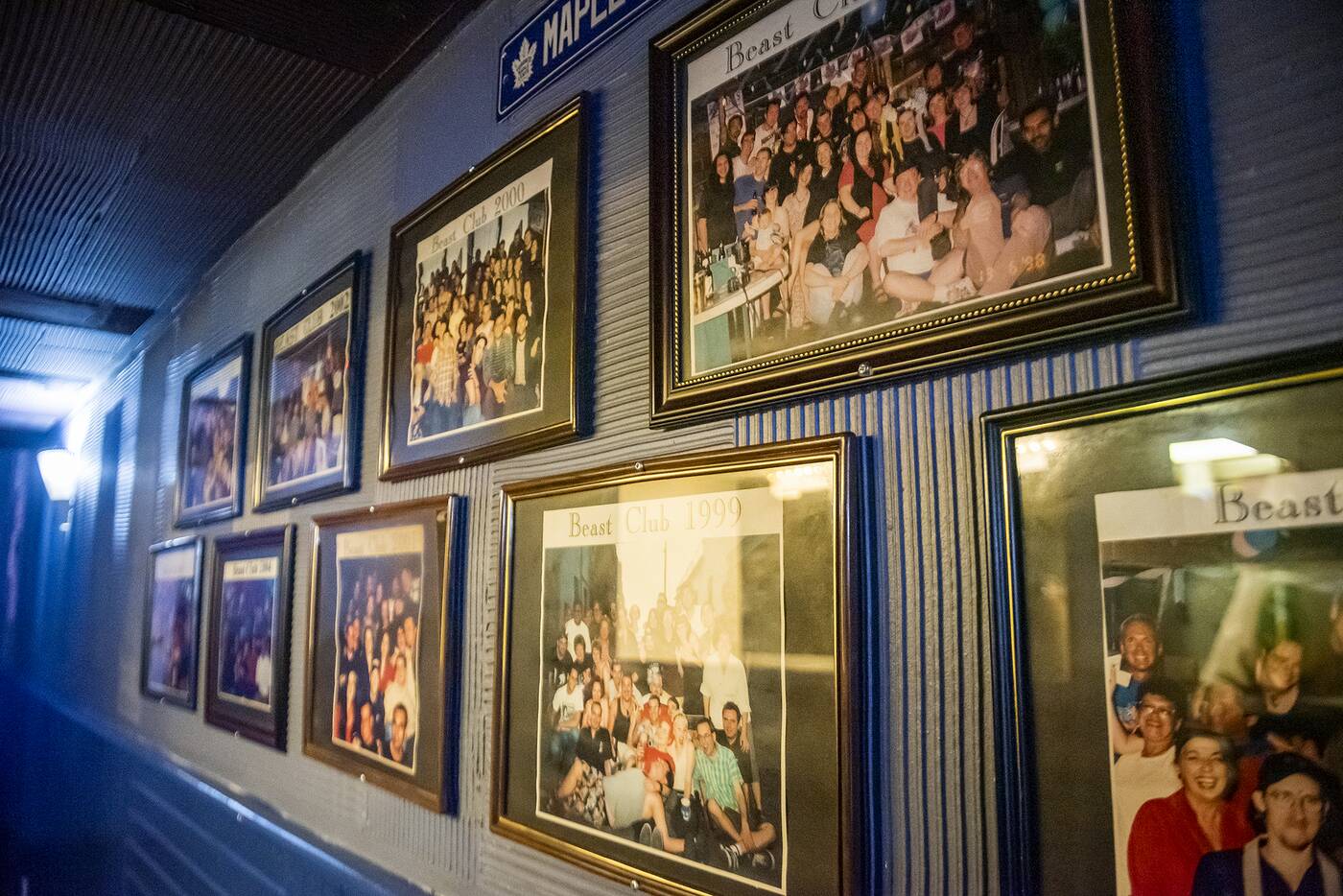 Towards the end of the decade nearby U of T students were flocking to the spot for the cheap prices Bistro 422 is still known for today.

Erik Chopra, the original owner's son, took over the bar in 2014, making some updates by drawing on his experience graduating from George Brown's Culinary Program in 2006 and working at Mildred's Temple Kitchen and Tutti Matti. He knew he had to keep booze prices low, though. 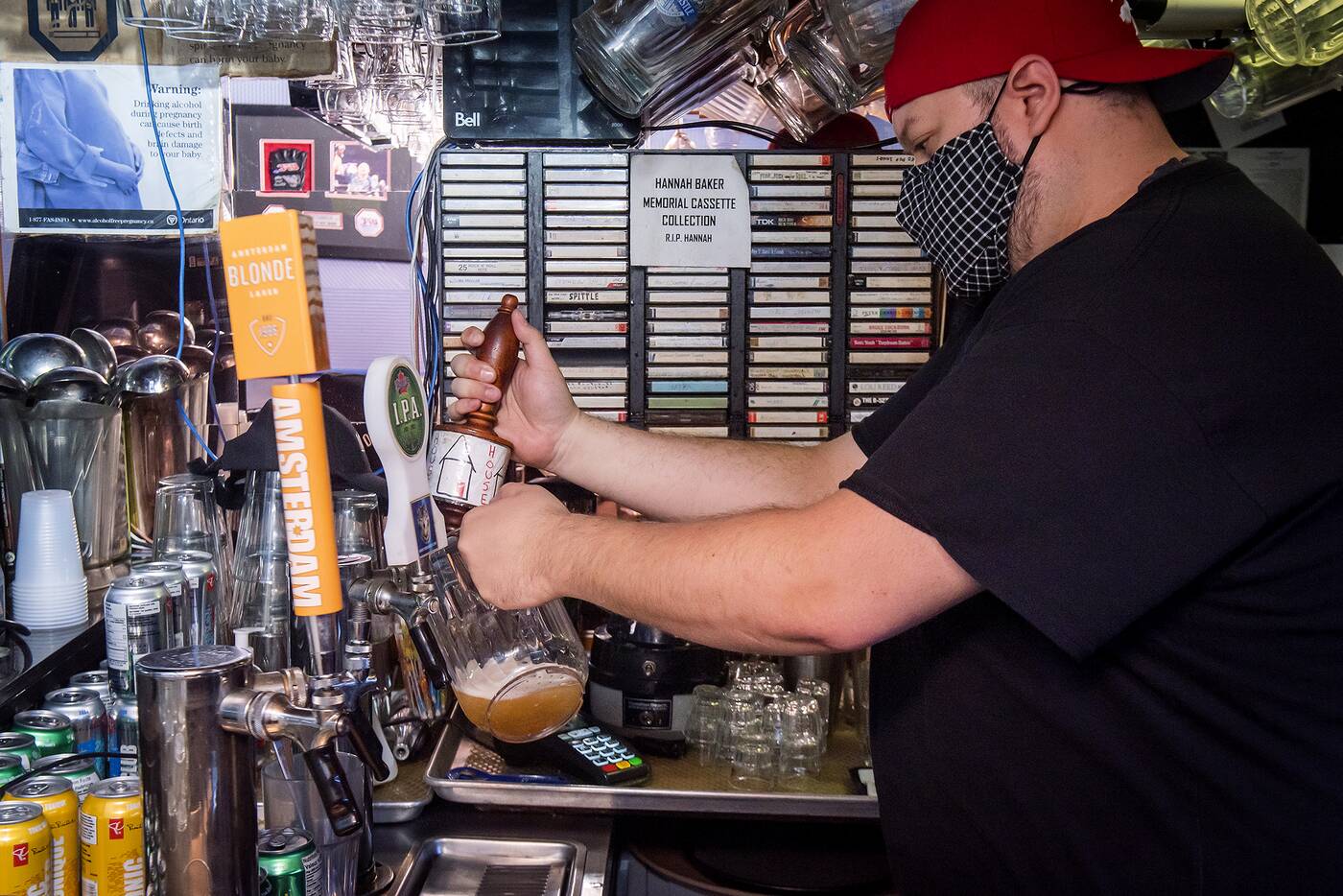 "It was not intentional to become a punk bar, it was just who the locals were at the time, who was coming in, especially since Sneaky Dee's was doing a lot of live punk rock shows at the time and they are right across the street," Chopra tells blogTO.

"My parents kind of just leaned into the punk stuff because that was who was coming in. People would bring in their own mix cassette tapes, which we still have the majority of displayed on our wall behind the bar, and we would play these mixes all night. Plus we had cheap drinks and $1 tequila shots in the early 90s." 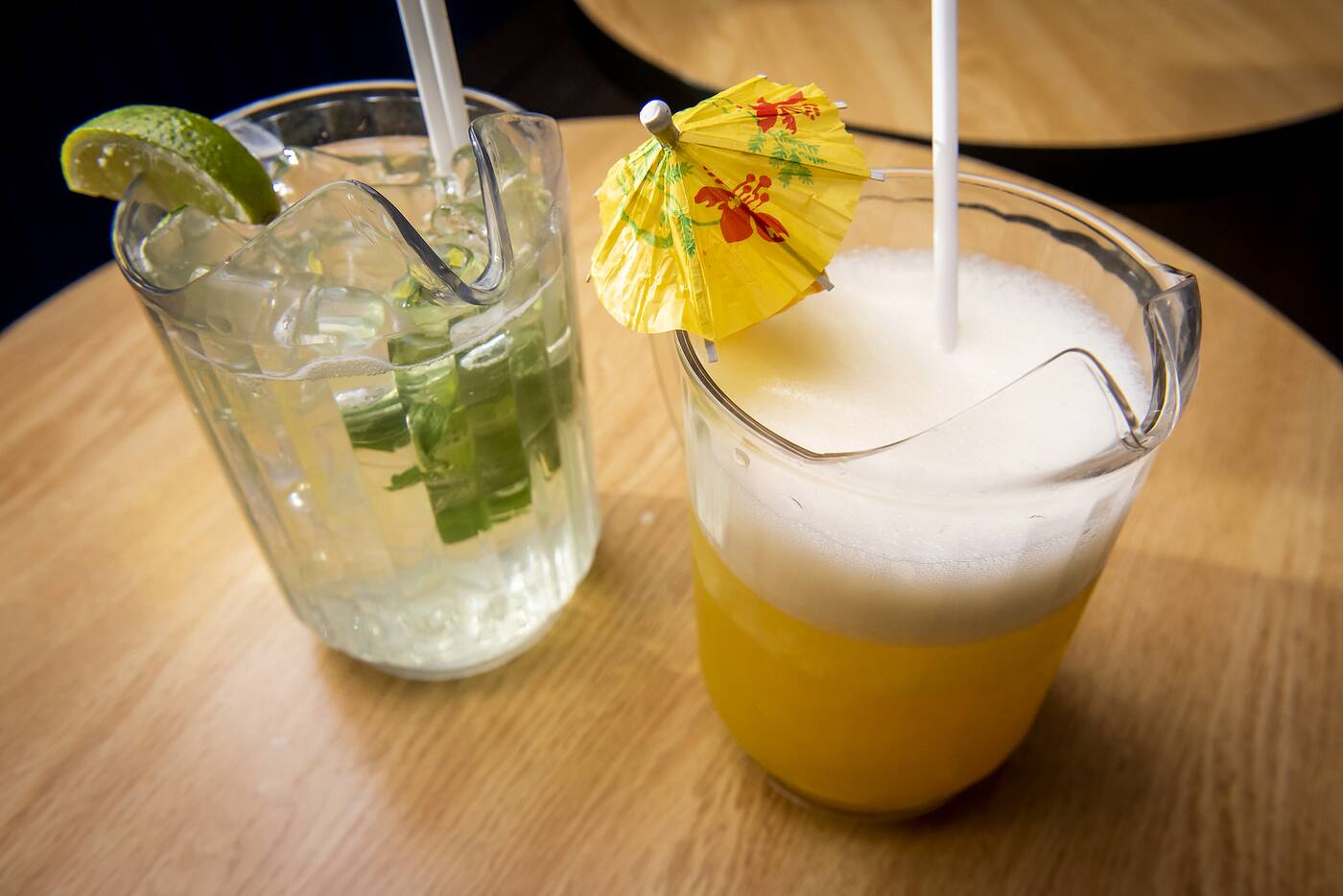 Prices haven't risen by too much, select shots now going for $3 instead of just $1, but it hasn't been easy maintaining some of the best prices around. 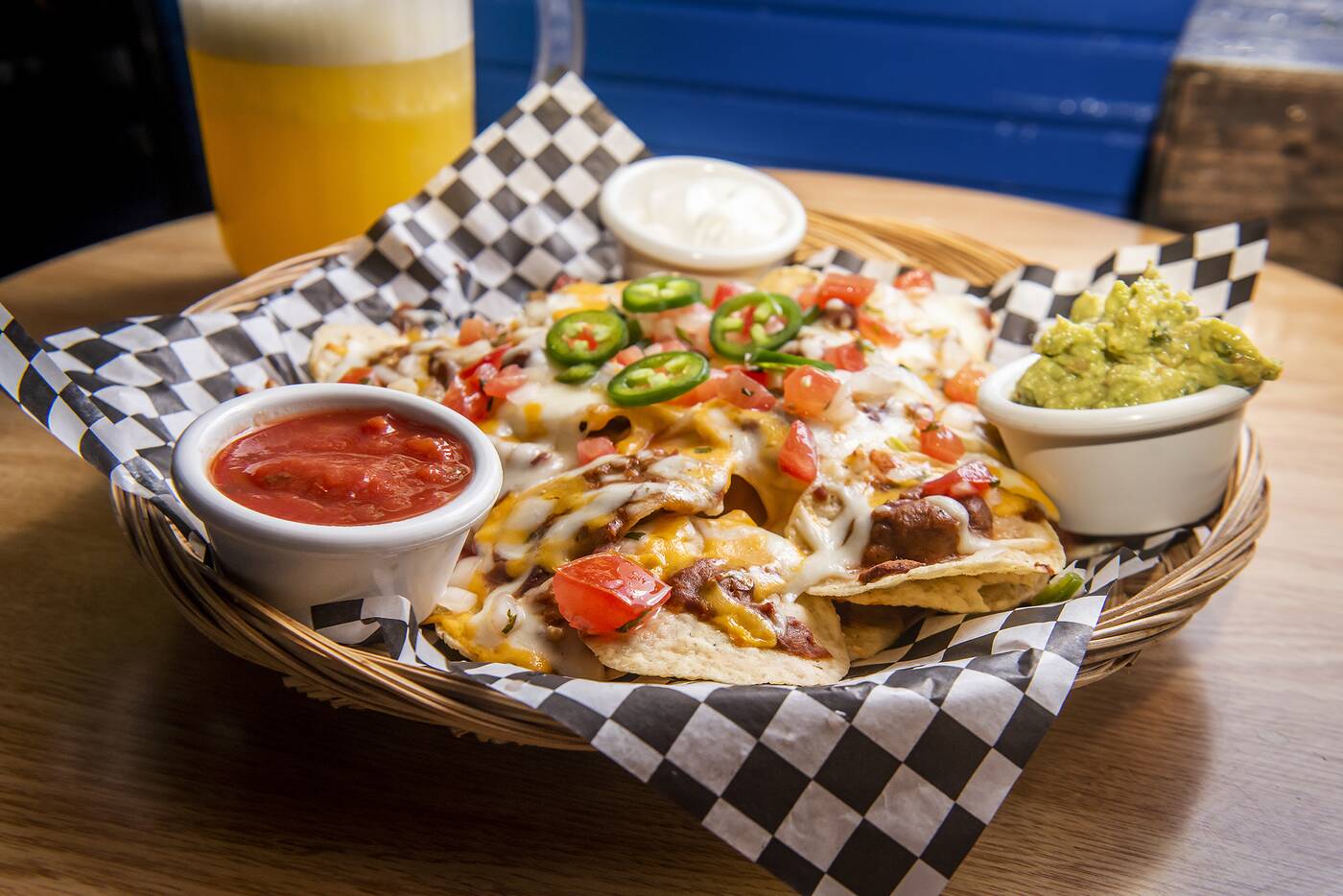 "Liquor prices have gone up the past few years," says Chopra. "I can keep food prices low for the simple fact that we make a lot of things from scratch." 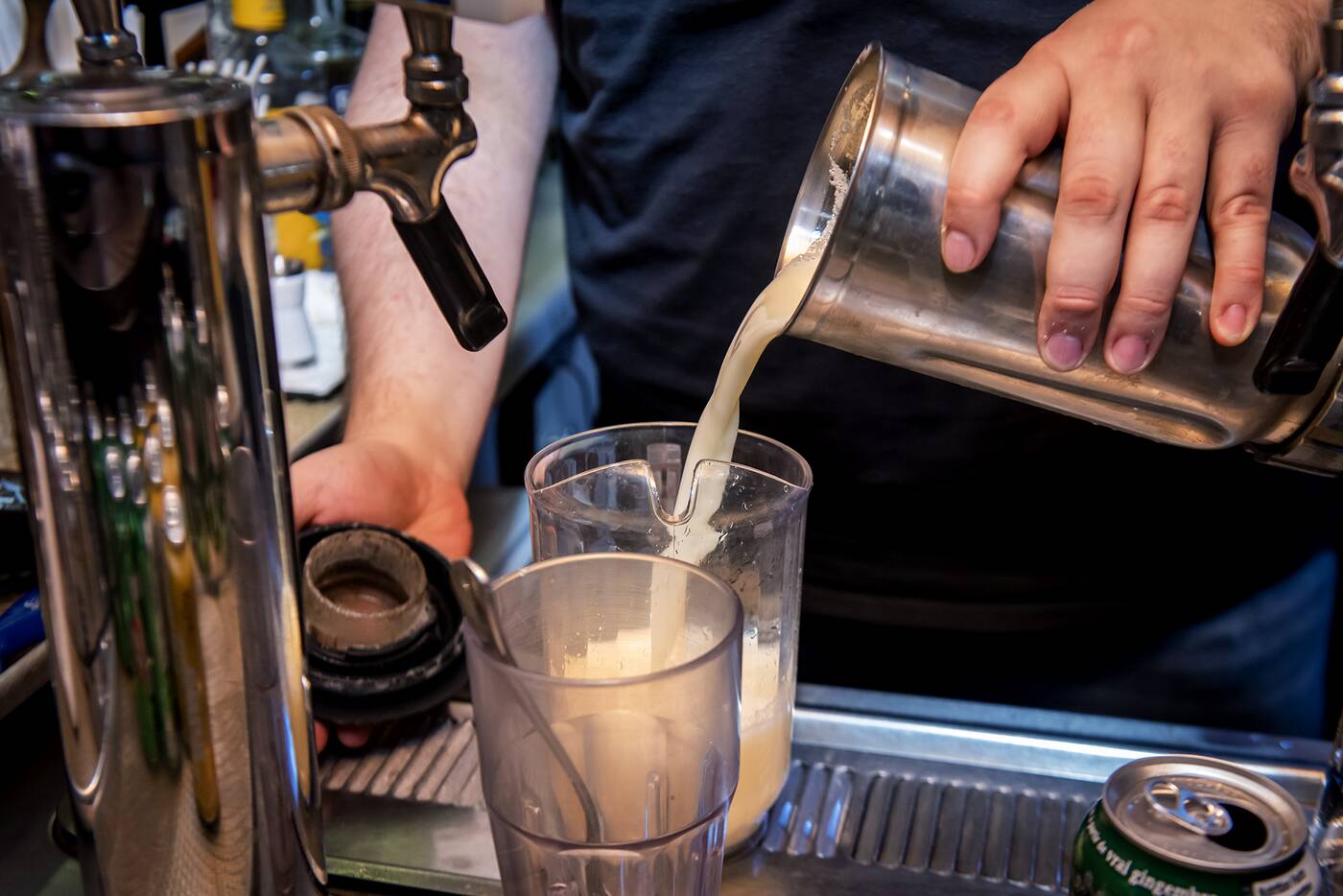 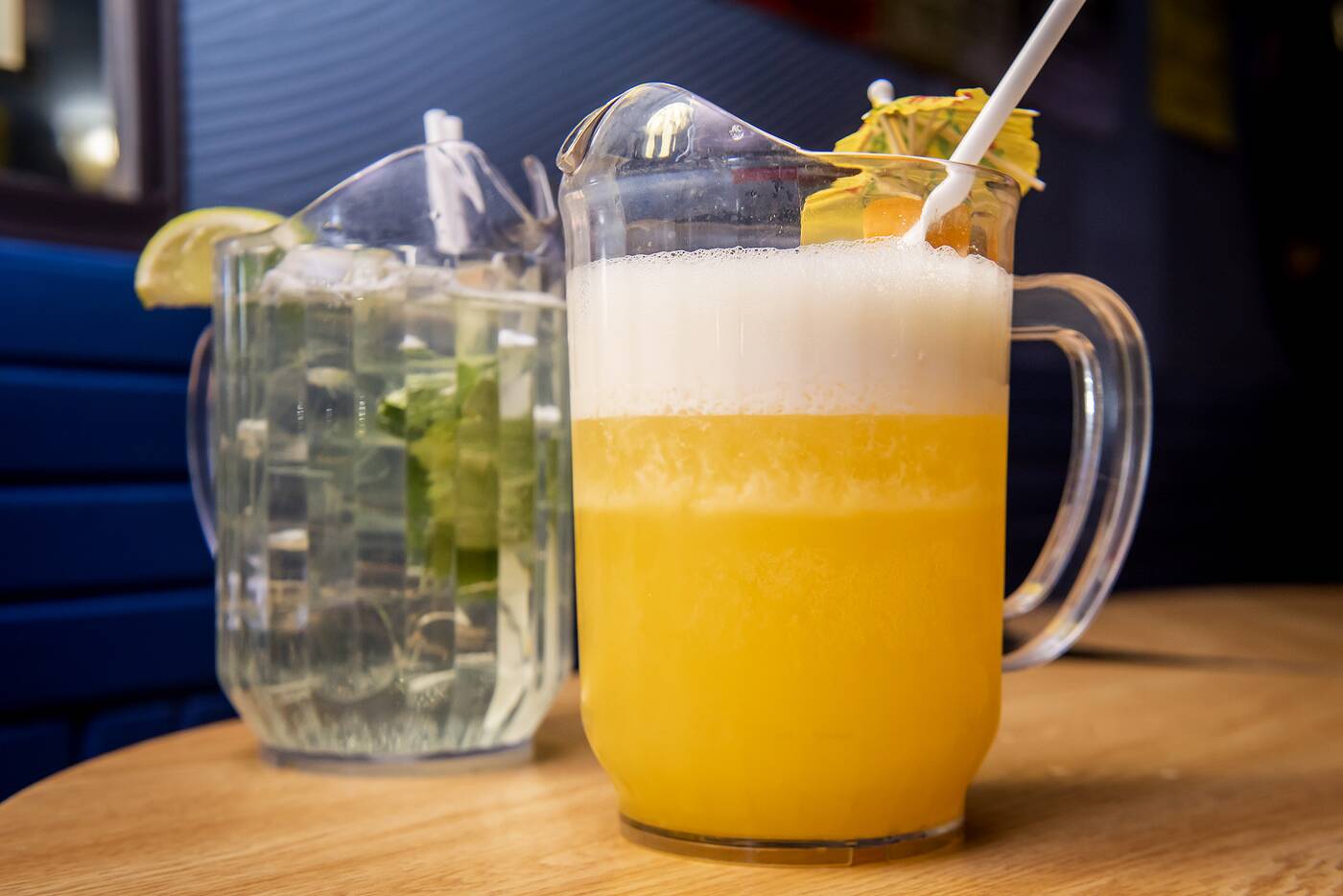 Chopra's dad adopted the idea from a mini pitcher cocktail he once had on vacation.

Many things may have changed at this legendary bar that's completely transformed over the years, but what's stayed the same are two loyal staff members.

Matt Hastie and Burger Graham have both been bartenders and servers at Bistro 422 for around 30 years. 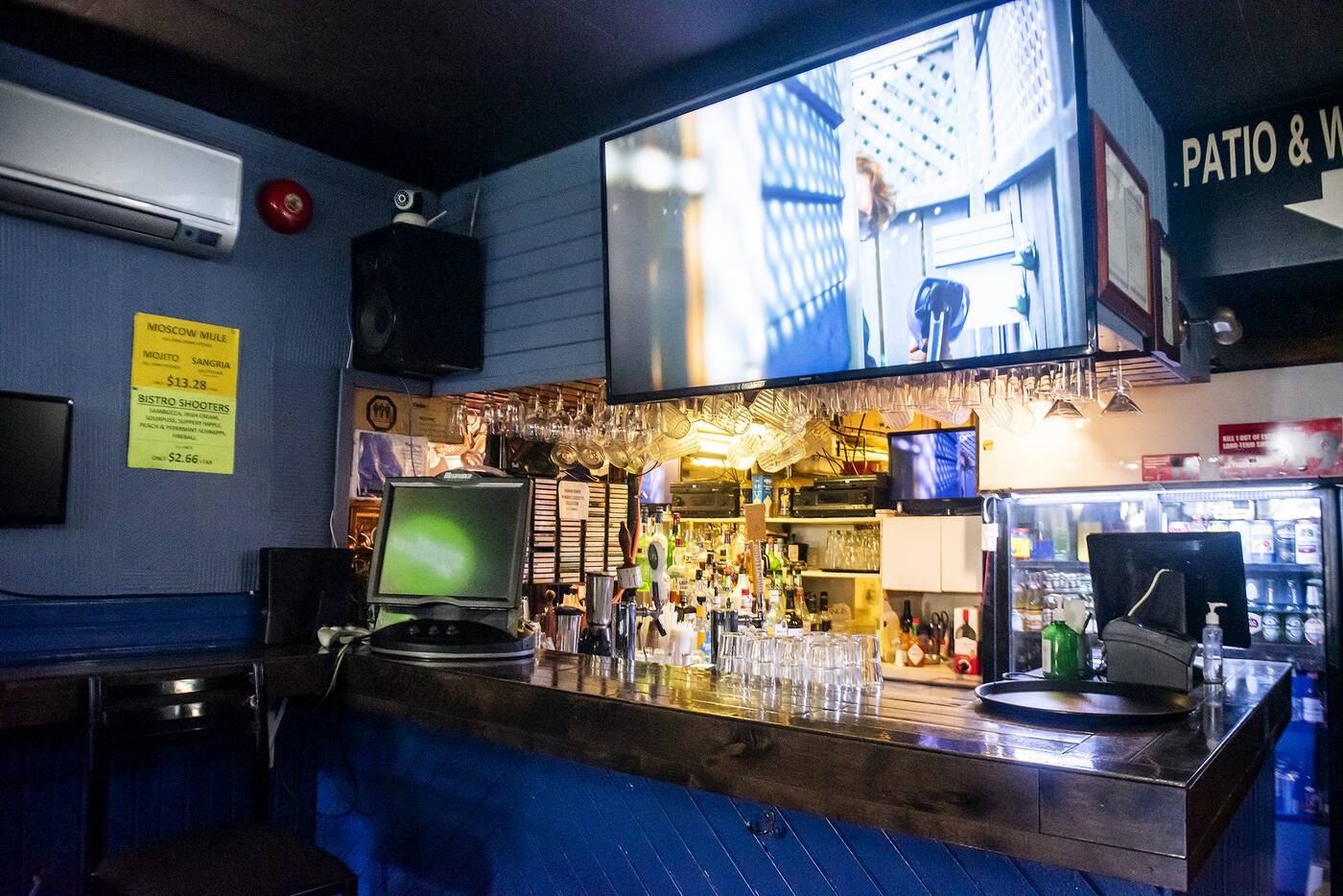 Graham joined them in the late 80s and Hastie started working at Bistro in the early 90s.

"At this point the are more like family than staff, I have personally known them all my life," says Chopra.

Though Graham's and Hastie's shifts unfortunately had to be cut back during the pandemic, Chopra was determined to keep bringing them in regularly on weekends. Other days he's had to work alone as a bartender, server and chef all at once. 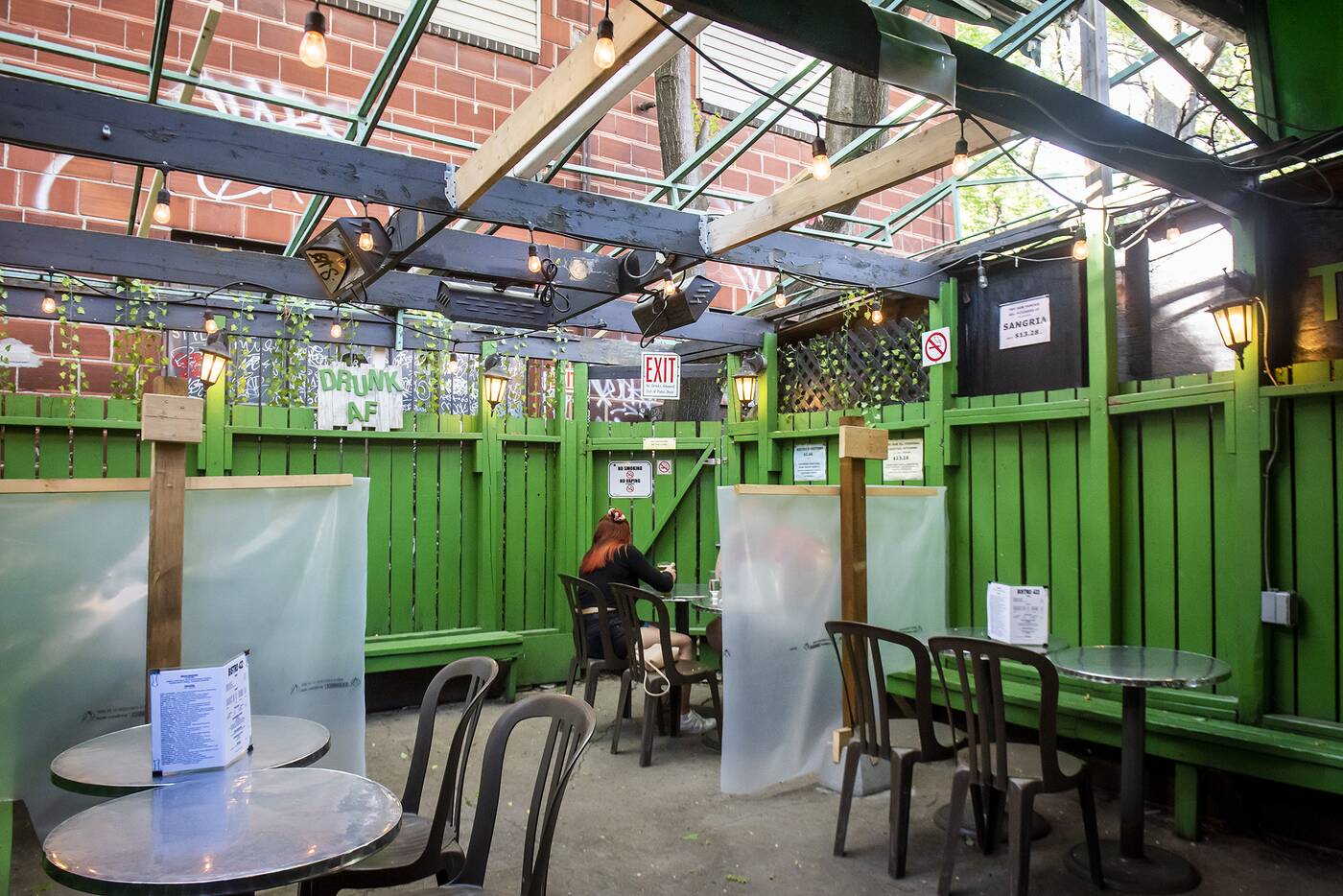 Their popular back patio would turn out to be their saving grace, and Chopra invested in heaters and a tarp cover for to combat its biggest menace: bad weather. 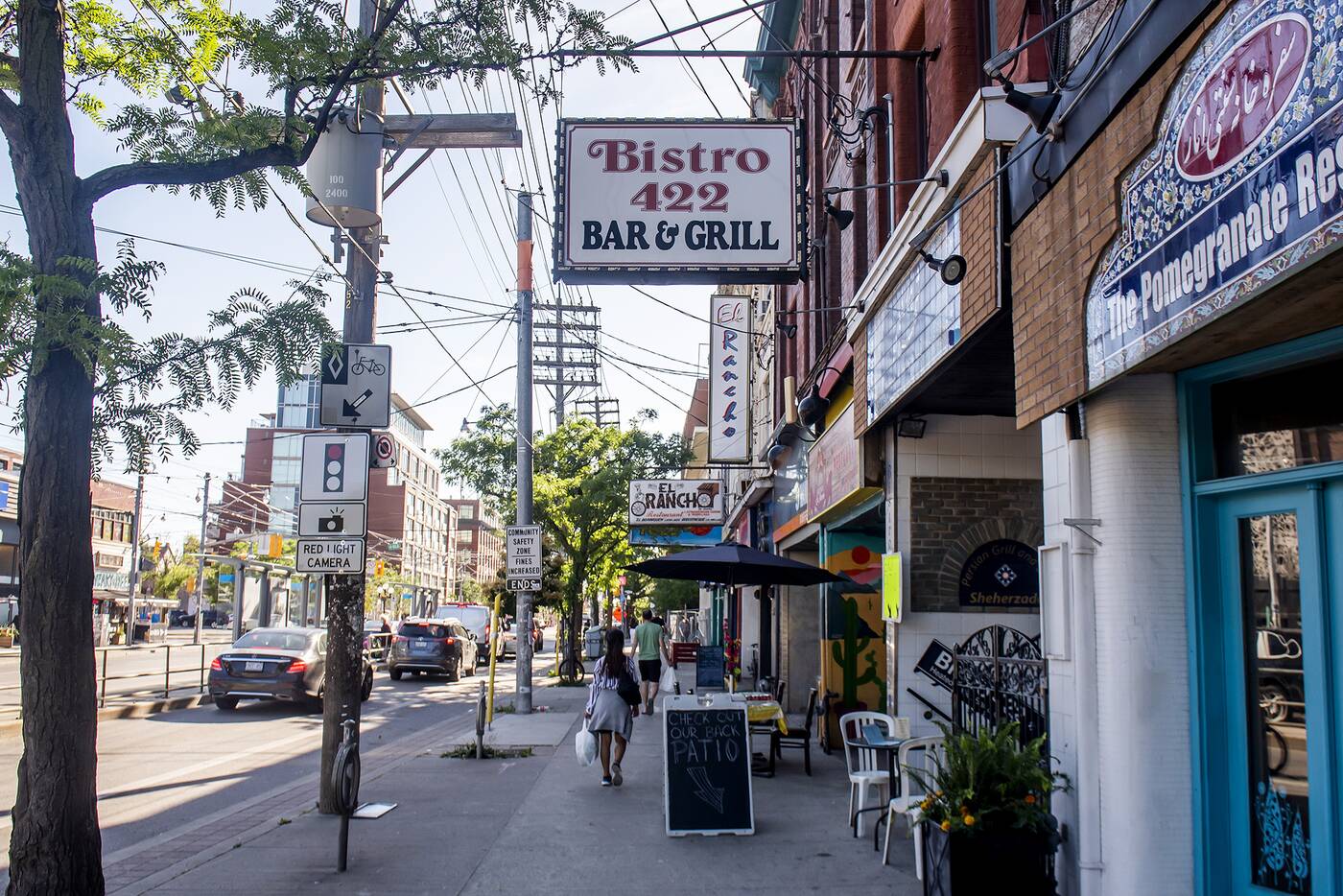 "The pandemic has been challenging, but we are lucky to have our back patio that is always a draw and we are able to put a few tables out front. But going from having a capacity of 60 to 20 has hurt," says Chopra.