There's a new restaurant in Toronto for fluffy egg sandwiches with a Korean twist.

Wonder Egg has recently moved into to the upper-floor unit at 4893 Yonge St., above a location of Kung Fu Tea. 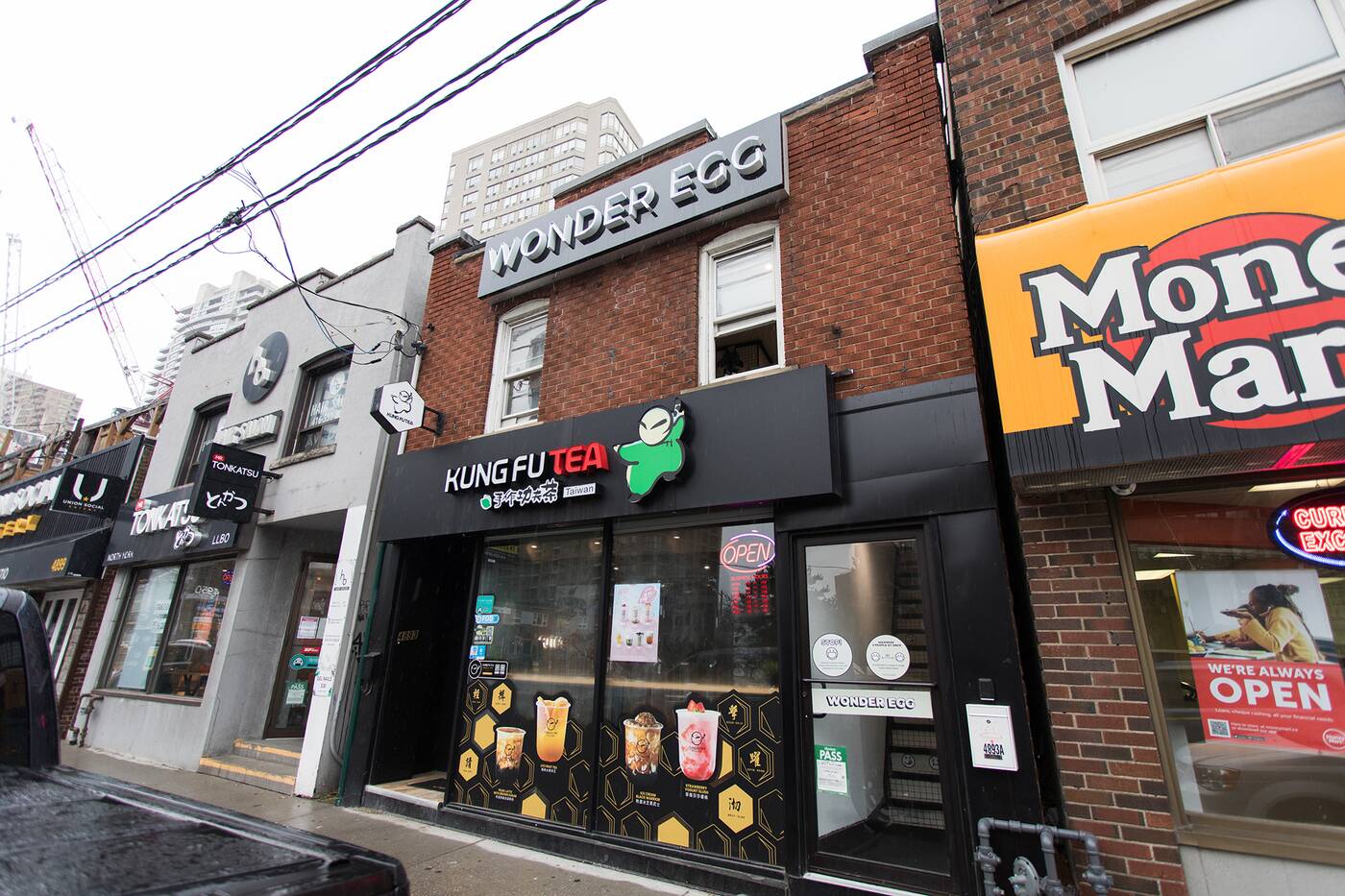 The takeout spot is in plentiful company: Wonder Egg joins a row of restaurants just north of the recently renovated Yonge Sheppard Centre promenade, where food outlets abound from the subway station all the way to North York Centre.

It's hoping to set itself apart from its neighbours with a menu of housemade milk bread, secret housemade sauces and Korean ingredients like bulgogi. 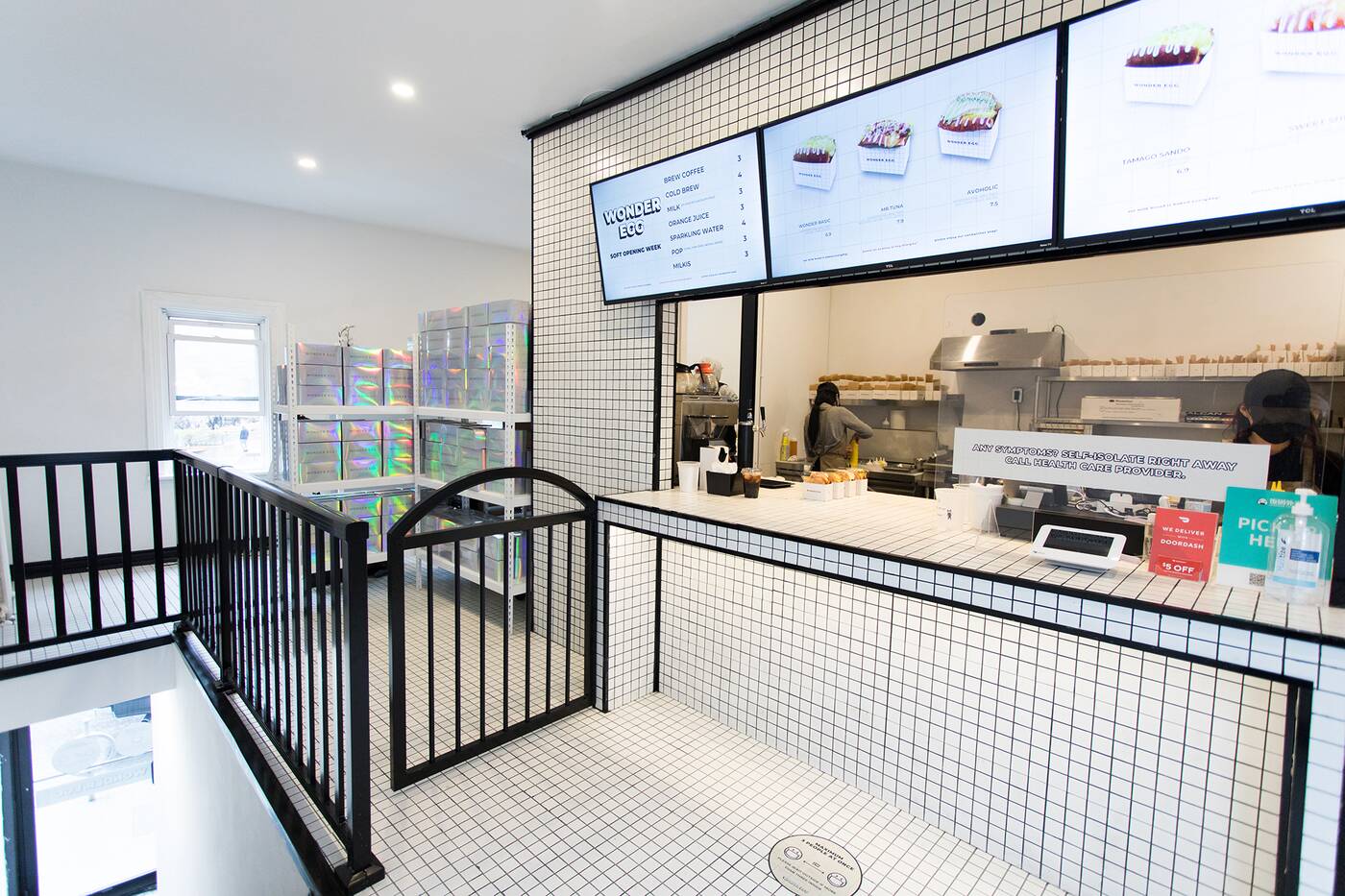 The owners behind Wonder Egg—a 500-square-foot box tiled from wall to floor—want to stay anonymous.

Its main spokesperson tells me that the four co-founders are aged between 25 and 30. They all went to high school in Korea and attended George Brown's culinary school. They met while working in a restaurant downtown.

It's all very mysterious, but oddly, it's not the first time I've encountered this. 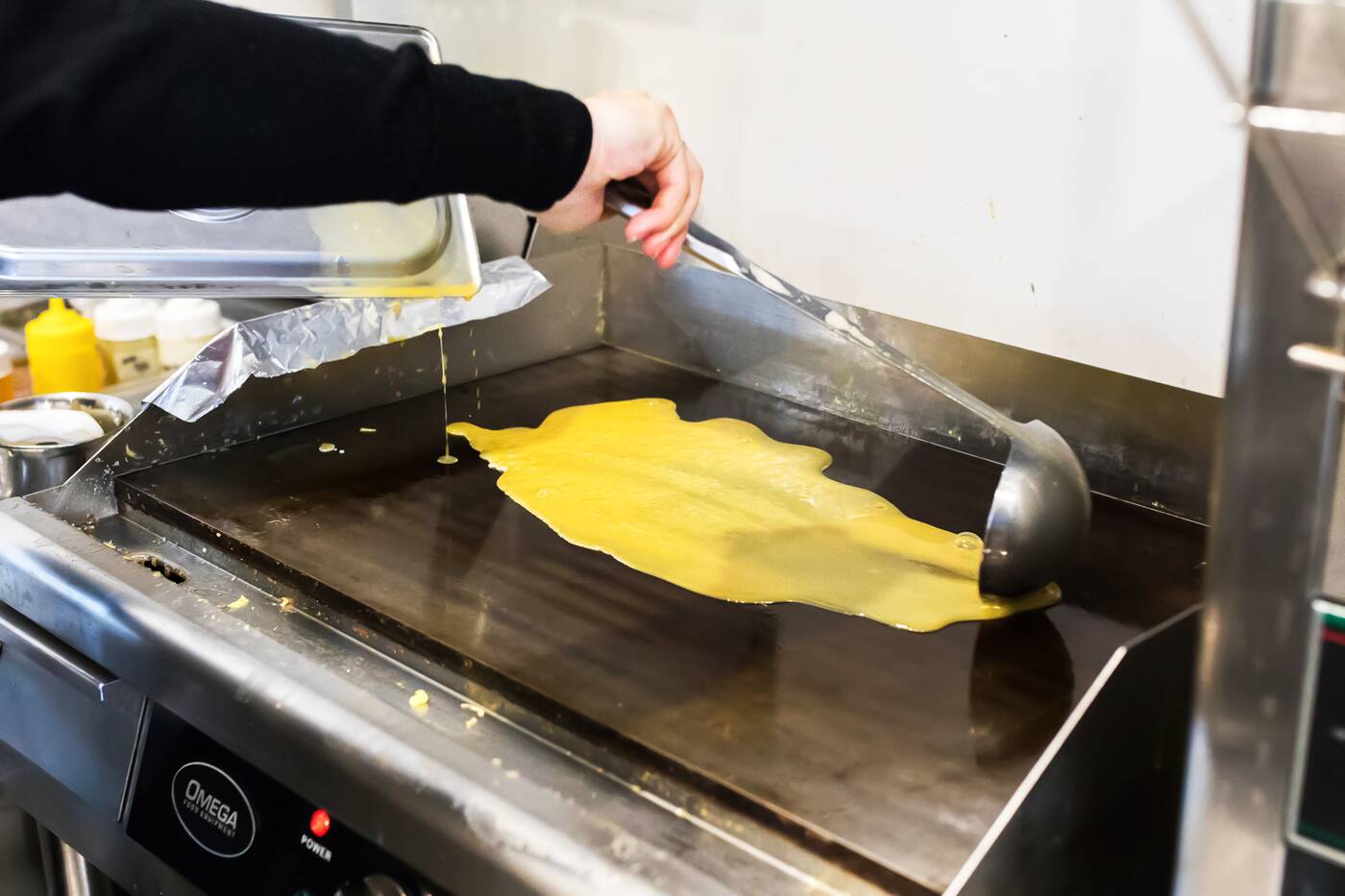 There was a similar sense of elusiveness nearly half a year ago during my visit to Egg Club, the Yonge and Dundas restaurant dealing in a near-identical concept. The owners at Egg Club, too, asked for anonymity, vaguely citing concerns about competition at the time. 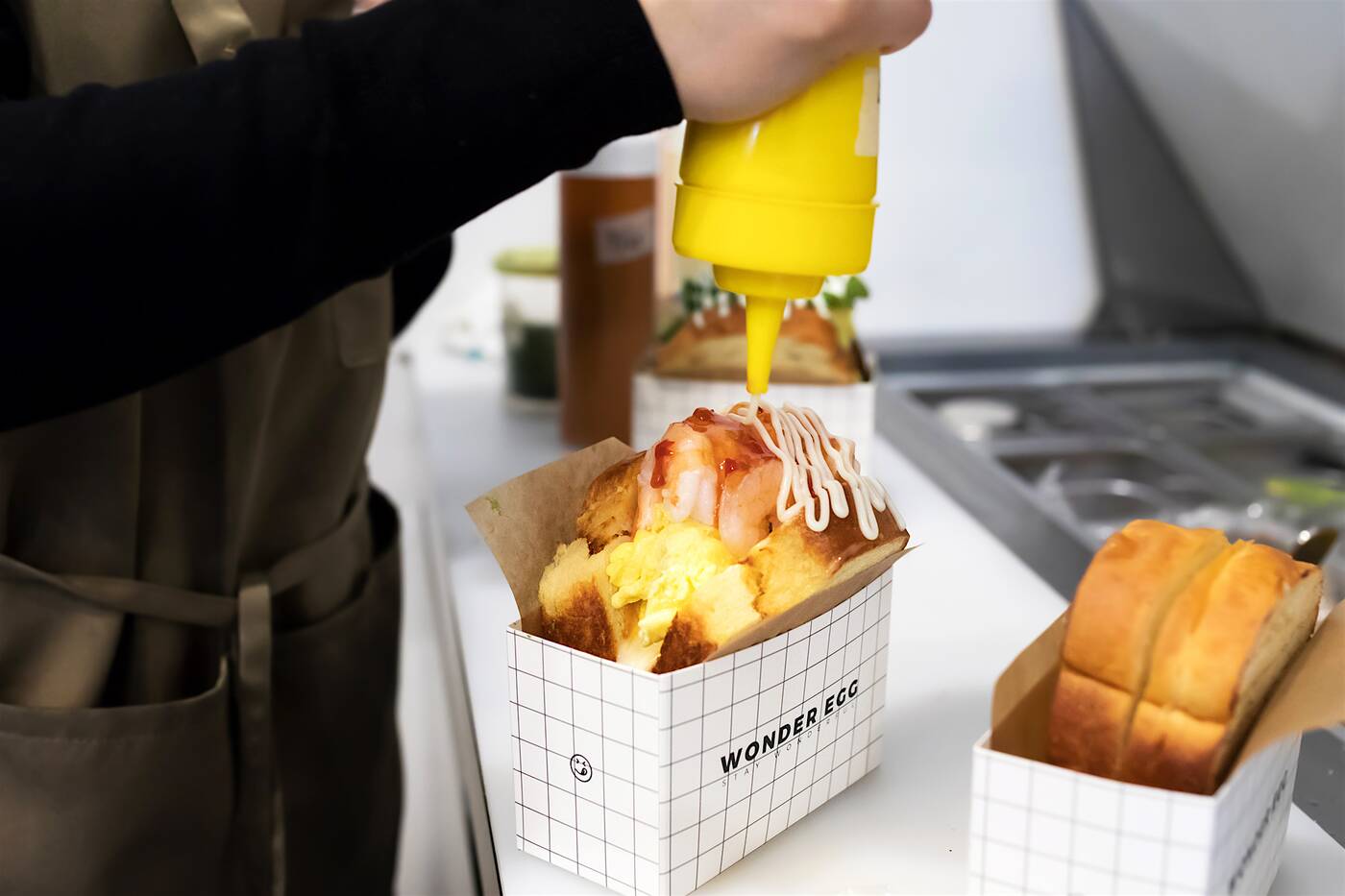 Similar to its downtown competitor Egg Club, Wonder Egg is mum about the ingredients for its secret sauce.

Everyone's weirdly mum on their identities and their signature sauces—a garlicky mayo at Egg Club and Wonder Egg's 'Wonder Cream'—and there's a general unwillingness to divulge the specifics of their respective origin stories.

Evidently this all goes a little deeper than egg breakfast sandwiches, but no one is willing to drop any crumbs and I've got no leads, so let's just focus on the sandwiches. 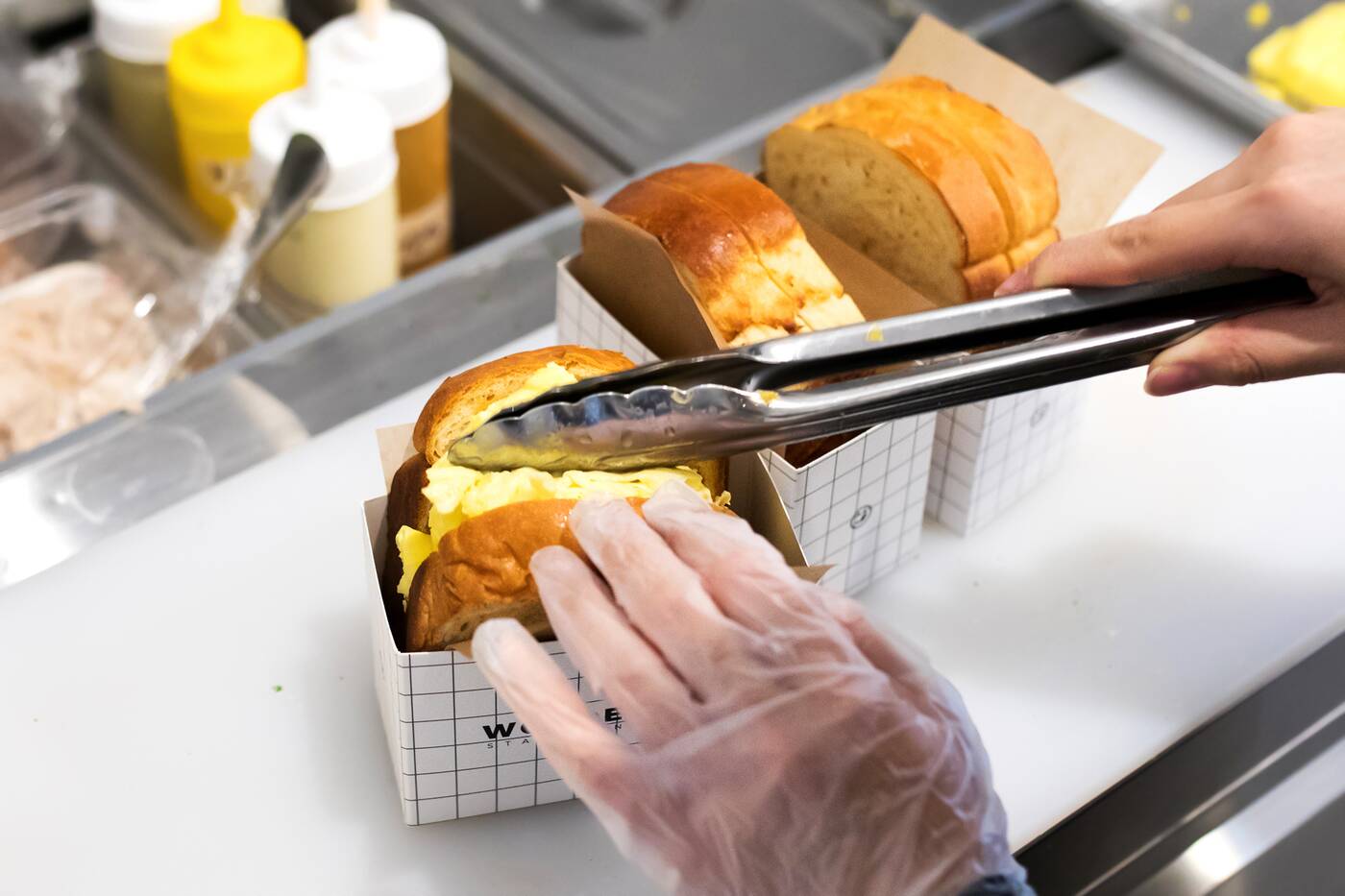 There are six egg sandwiches on Wonder Egg's menu.

The spokesperson of Wonder Egg says this style of fluffy egg sandwich is a hugely popular find at street food stalls in South Korea. He says North York was a natural starting point, given the large Korean population in the area. 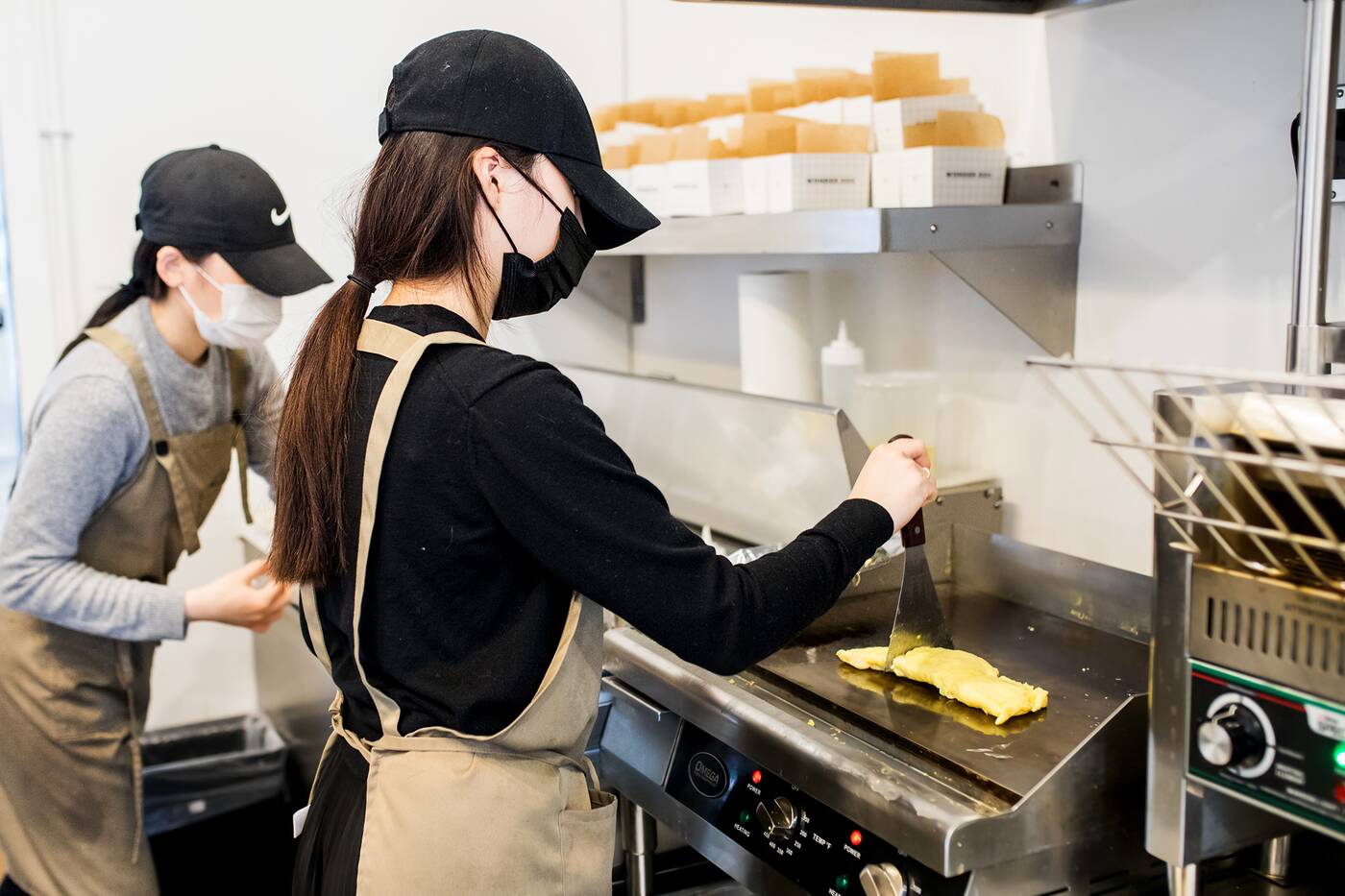 Egg toast is a popular street food in South Korea.

Traditional street toast, or gyeran tostuh, has been around in South Korea for a while.

The more common ingredients are white bread, carrots, eggs and thinly sliced cabbage. There's a street food penchant in Korea to add sugar to conventionally savoury things, so part of the dining ritual is to sprinkle sugar on top (similar to the Korean sticky rice dog experience.) 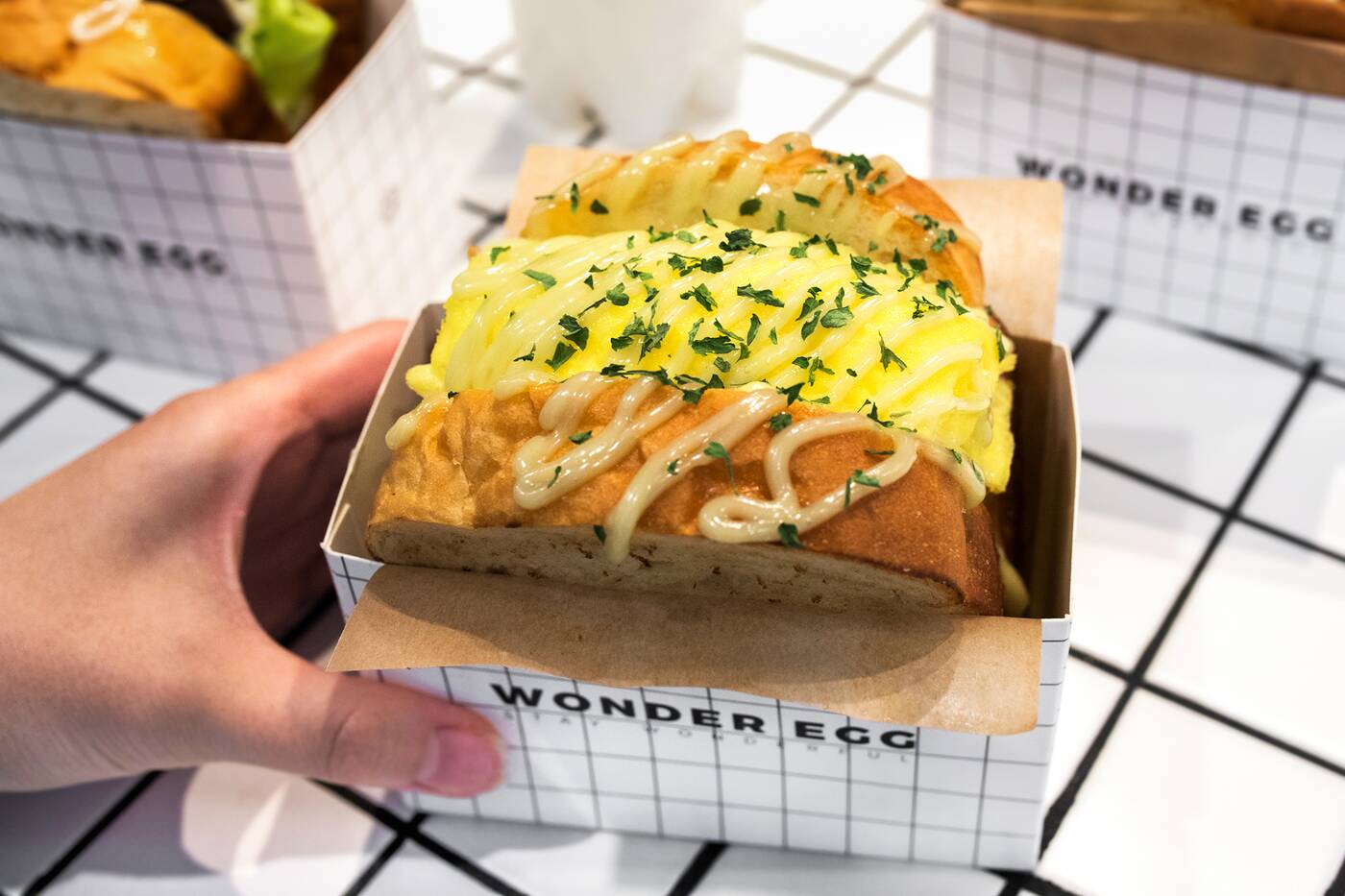 Eggs made on the griddle go between milk toasts, made fresh daily.

These days, the wildly popular Korean franchise Egg Drop is leading the charge for a more decadent variety, with thick bread and fluffy eggs. You can also blame the actors on the Netflix K-drama Hospital Playlist for the ample product placement and making those sandwiches look extra beautiful.

Wonder Egg has six sandwiches on its menu, building off its most basic option ($7.90) with honey sriracha, egg, garlic butter, parsley powder and their Wonder Cream. 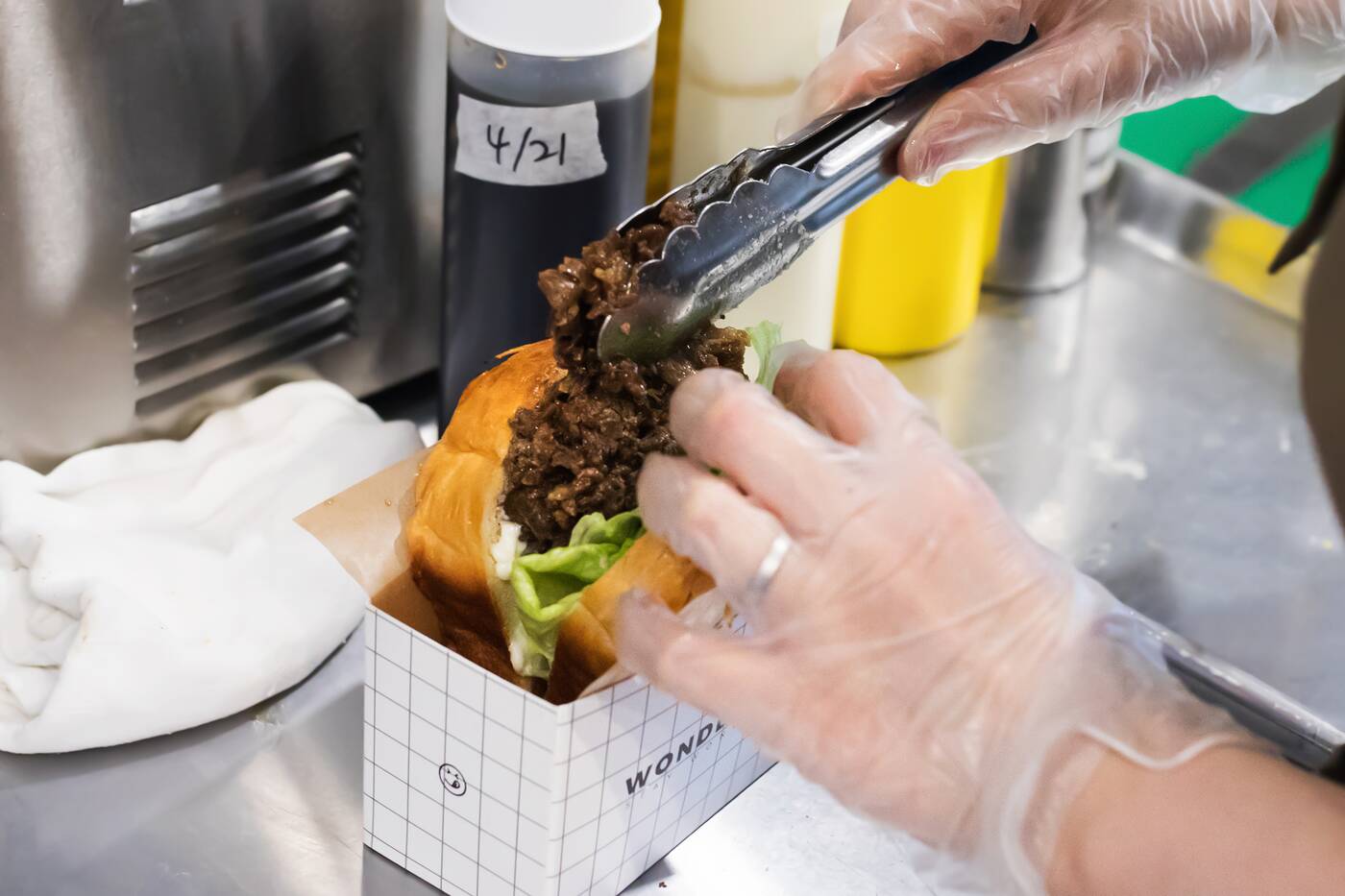 You can get a sandwich filled with Korean bulgogi.

You can get it filled with bulgogi ($9.50), Korean beef with their take on a teriyaki sauce.

Their tamago sando ($7.90) has sweet wasabi inside. The sweet shrimp sandwich ($8.50) also has a generous sprinkling of parsley and a drizzle of ketchup on top. 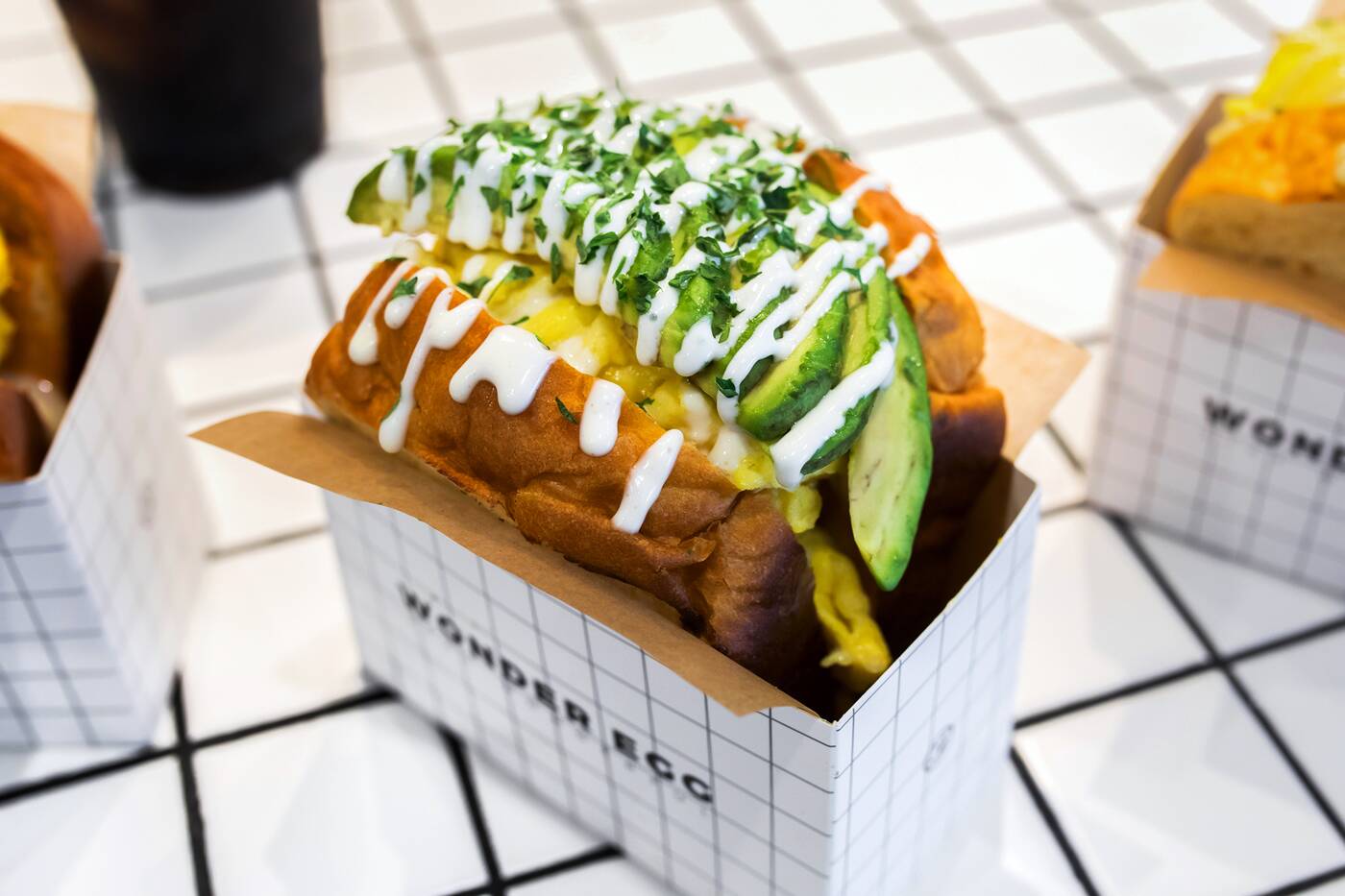 The Avoholic ($8.50) is probably one of the saucier, eggier avocado toasts you'll try.

Milk bread is baked fresh daily at a kitchen in Richmond Hill. Three people stay on site to assemble the sandwiches. Get some ice cold coffee or a bottle of Milkis, the popular Korean soft drink, on the side. 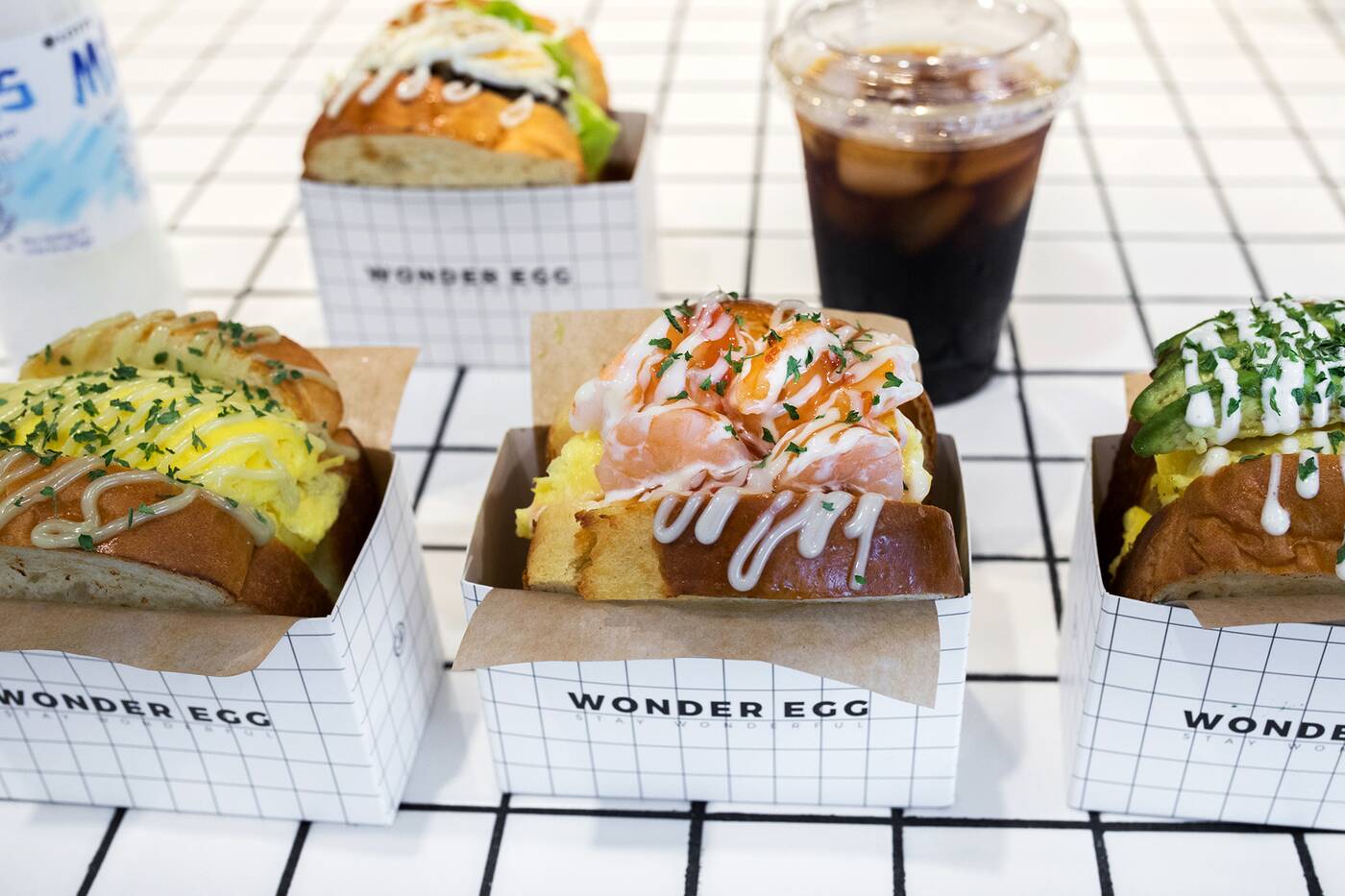