The majority of these restaurants and food stalls sit on the main floor: There's a Dairy Queen and Sugar Marmalade fronting the street. The most popular of them all, Juicy Dumpling, can hardly contain its customers and food couriers during peak hours. 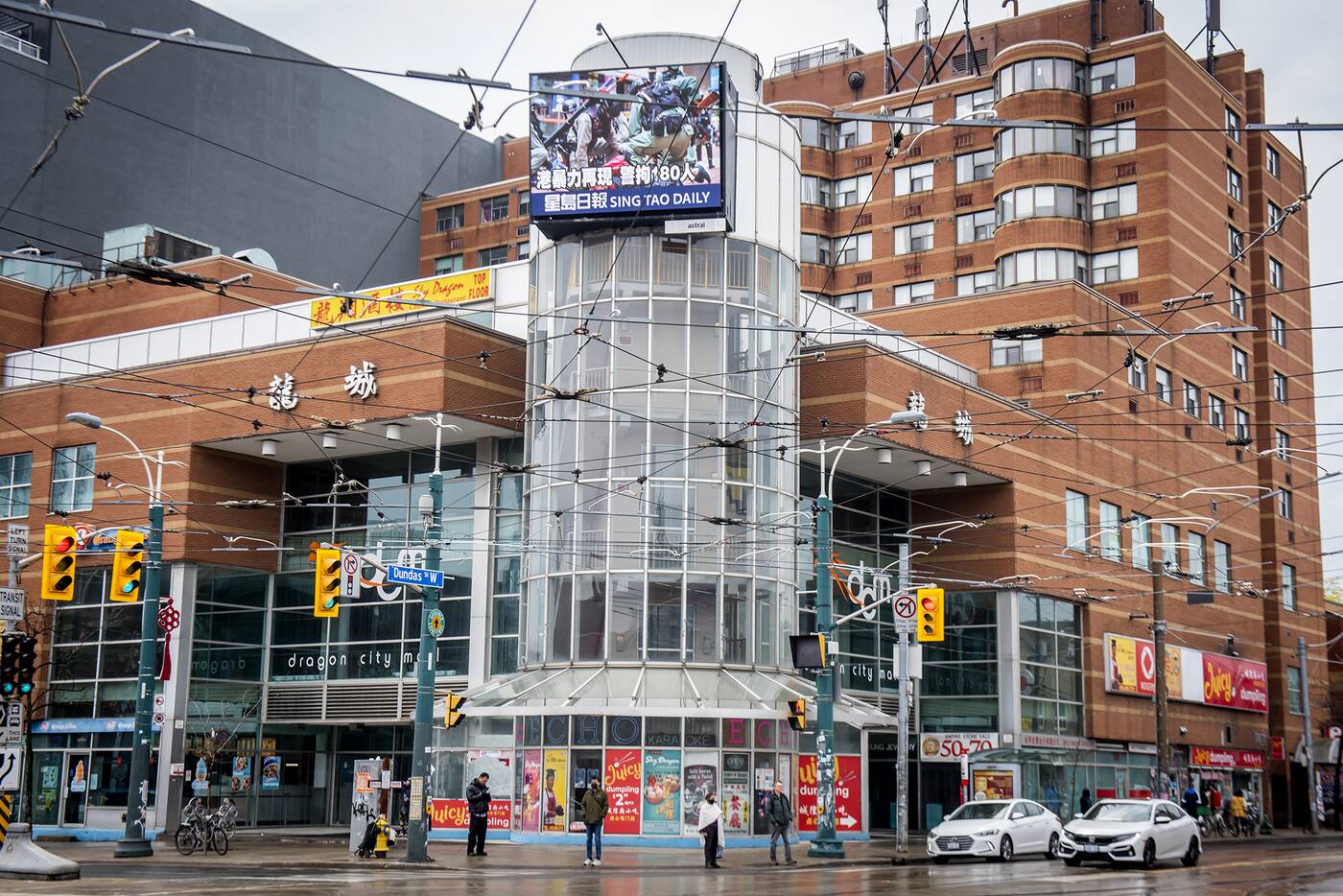 Business on the upper floors of Dragon City Mall in Chinatown have been disproportionately impacted by COVID-19.

But on the second and top floor of this Dundas and Spadina fixture, three businesses are struggling to make ends meet.

It's out of sight, out of mind for Canteen, Owl of Minerva and Sky Dragon, a trio of businesses who've operated in their respective parts of the mall for well over a decade. 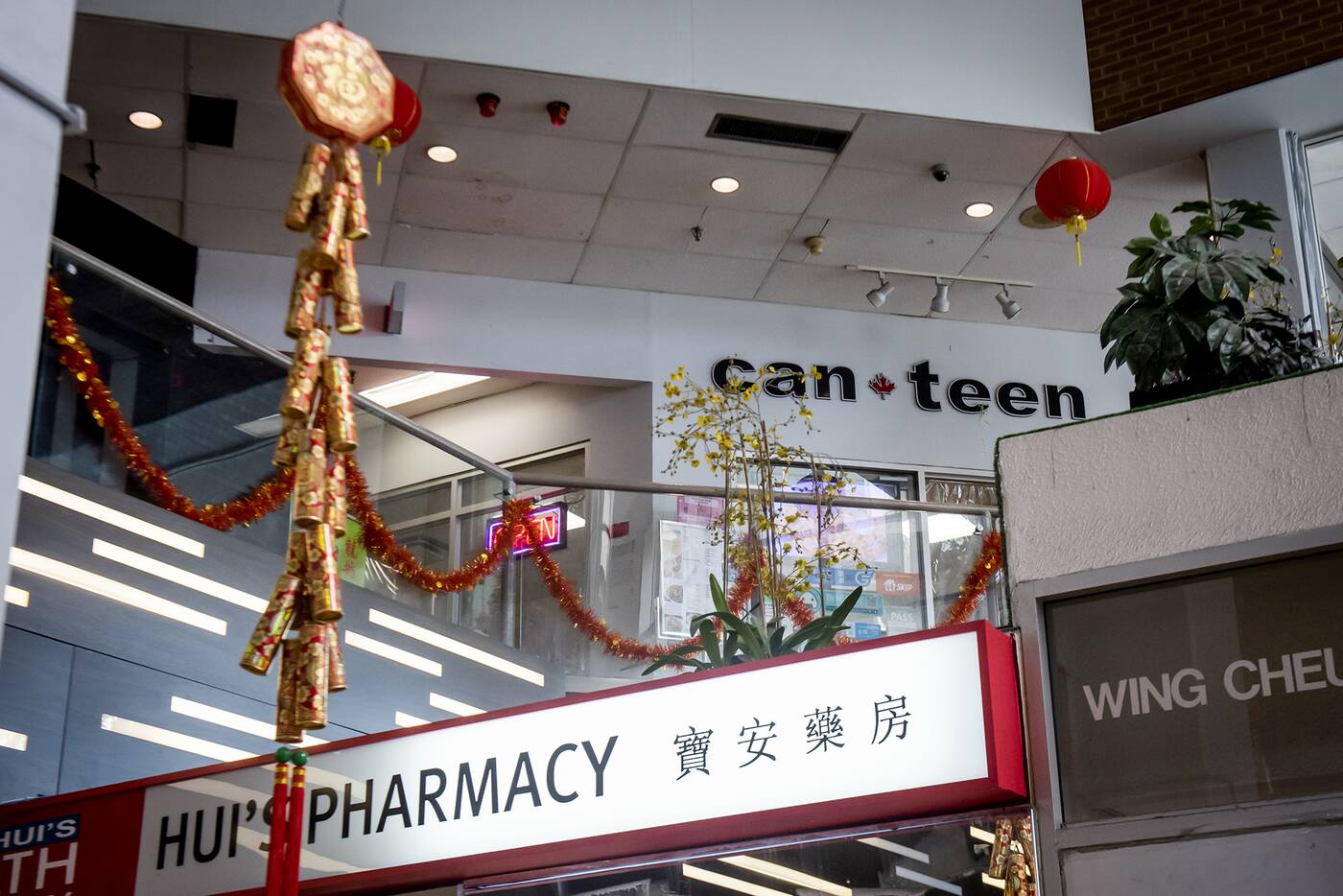 Canteen is one of three businesses hidden on the second floor of the mall.

Charlie Lin, owner of Sky Dragon, says profit for his restaurant has gone down by a whopping 90 per cent. 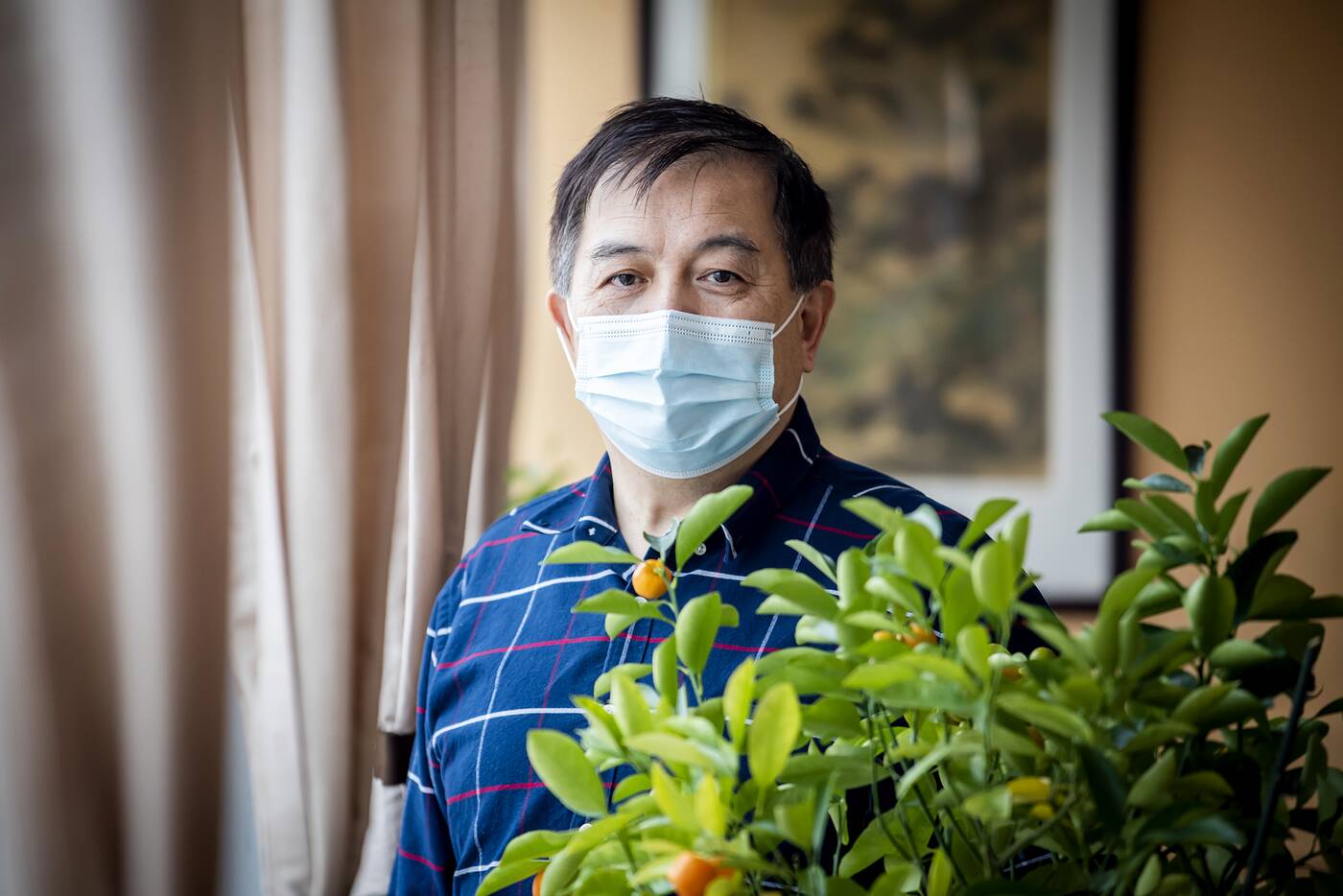 Charlie Lin, owner of Sky Dragon, says that sales at the restaurant have gone down by 90 per cent.

The 26-year-old dim sum restaurant, once the crown jewel of the mall and weekend hub for Chinese seniors, sits eerily empty.

With dine-in forbidden, the appeals of Sky Dragon—glimmering gold ceilings and an incredible vista across downtown Toronto—are no longer a factor. Gone are the bookings for birthday parties and wedding receptions, and the groups of regulars who kept the business alive. 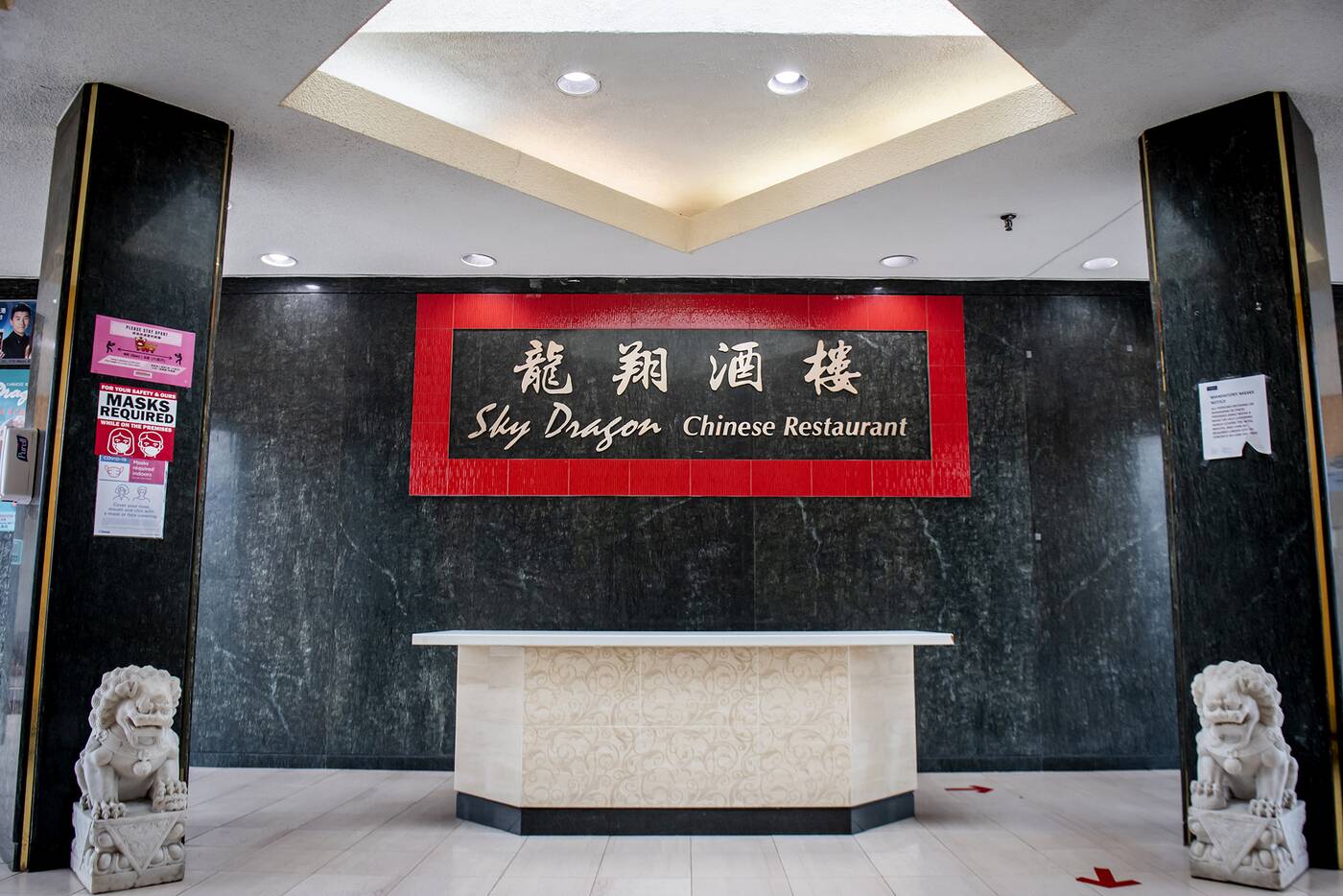 Once a hub for weekend dim sum, Sky Dragon has been relegated to small takeout orders.

"We miss our regular customers very much," says Lin through a translator.

"A lot of our loyal customers are older folks.... Because of the pandemic, not a lot of people want to come out and order."

Lin, once a manager at the restaurant, took over the business from its first owner seven years ago. Last March marked Lin's first partnership with delivery apps like Uber Eats, Skip The Dishes and Fantuan. The restaurant just got an Instagram account in December. 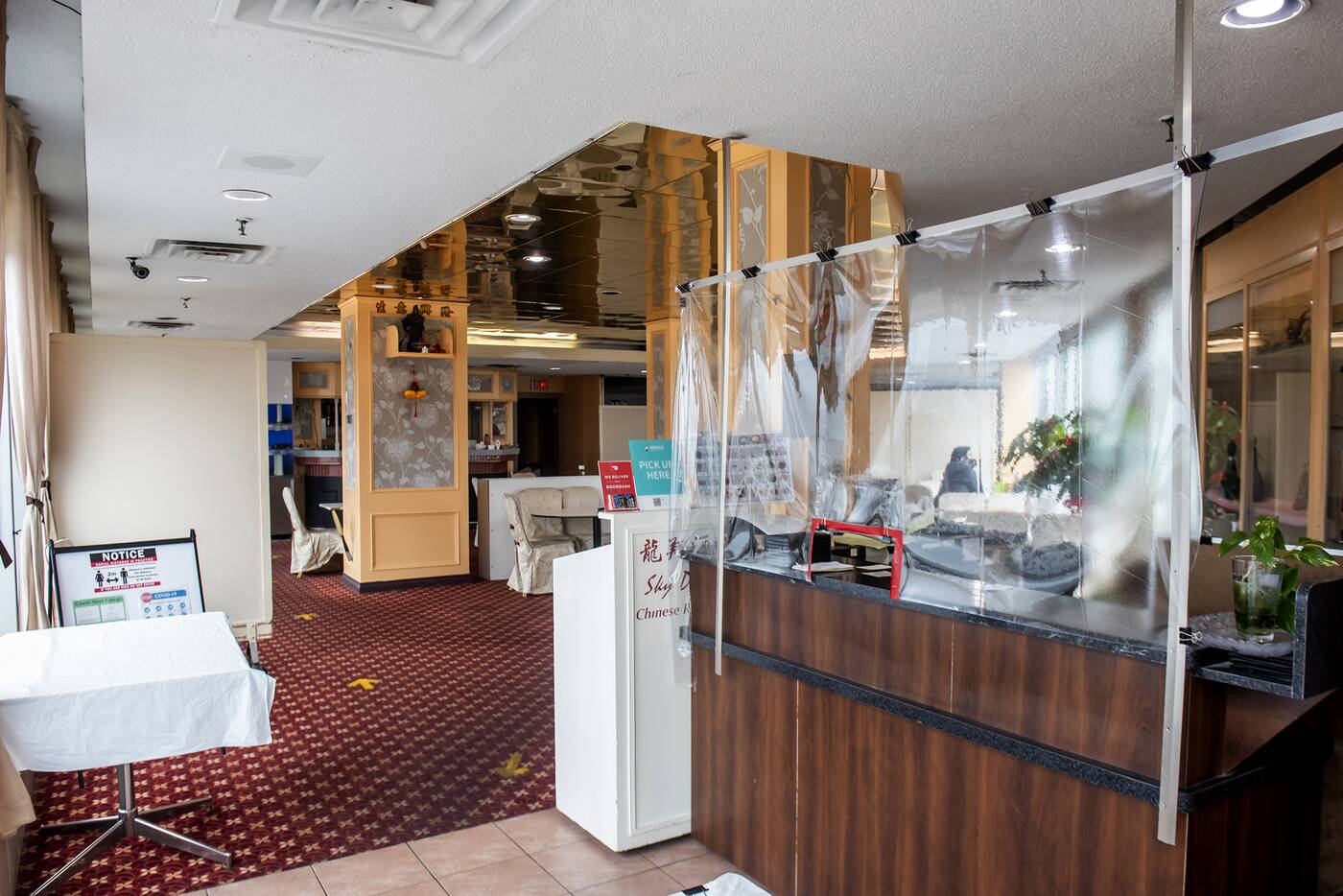 The restaurant's main appeal was its view of Toronto and now-discontinued dim sum carts.

Lin says that, these days, they see about 20 to 30 orders daily, and up to 50 on weekends. It sounds like a lot, but the orders are small: typically two or three items each (dim sum staples like siu mai or cheung fun, less than $5 a dish).

Like many restaurants dealing in dim sum, an inherently communal meal, Lin says they're trying to shift folks over to pricier dinner dishes. But those orders are few and far between.

And then there's the obstacle of navigating the mall itself. 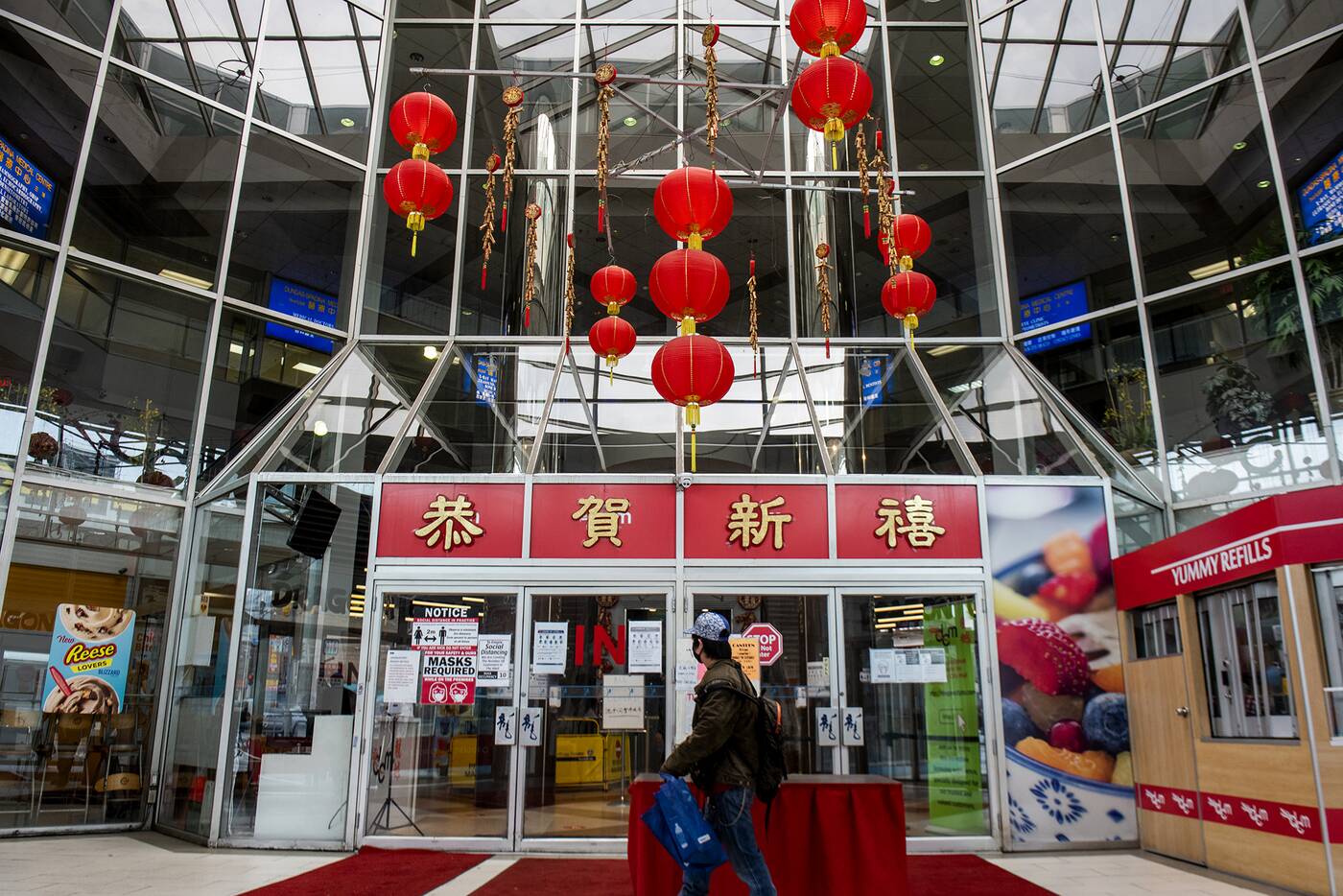 Dragon City Mall's entrance lures customers into the main foyer of the building.

Dragon City has always been a reflective labyrinth of stairs and escalators. Under normal circumstances, that can be fun. These days, visitors enter the mall and are directed to head straight to the main entrance and the hand-sanitizer dispensers and security guard.

But for access to Sky Dragon, or any of the upper floors, you have to head in the opposite direction, toward the elevator. Stickers directing you the other way are barely noticeable when you arrive in person. 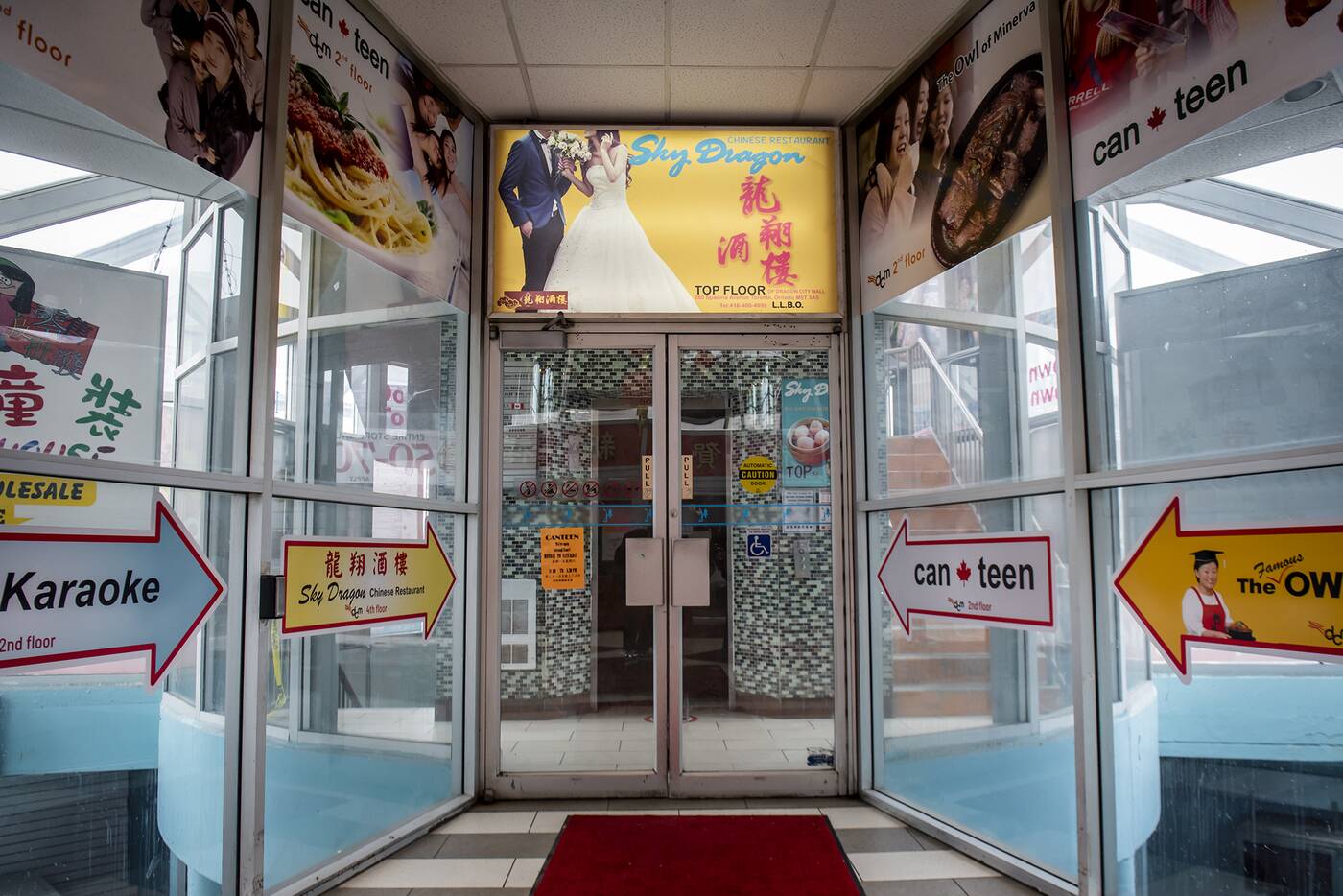 Access to restaurants on the upper floors of the mall are located on the other side of the main entrance.

This simple oversight has made a major impact on foot traffic, says Lin, and makes more visible dim sum options like the street-level Rol San on Spadina and even the upper-level Dim Sum King on Dundas more attractive.

Canteen, the Hong Kong-style cafe sitting on the second floor along with the Korean mainstay Owl of Minerva, is in the same boat. 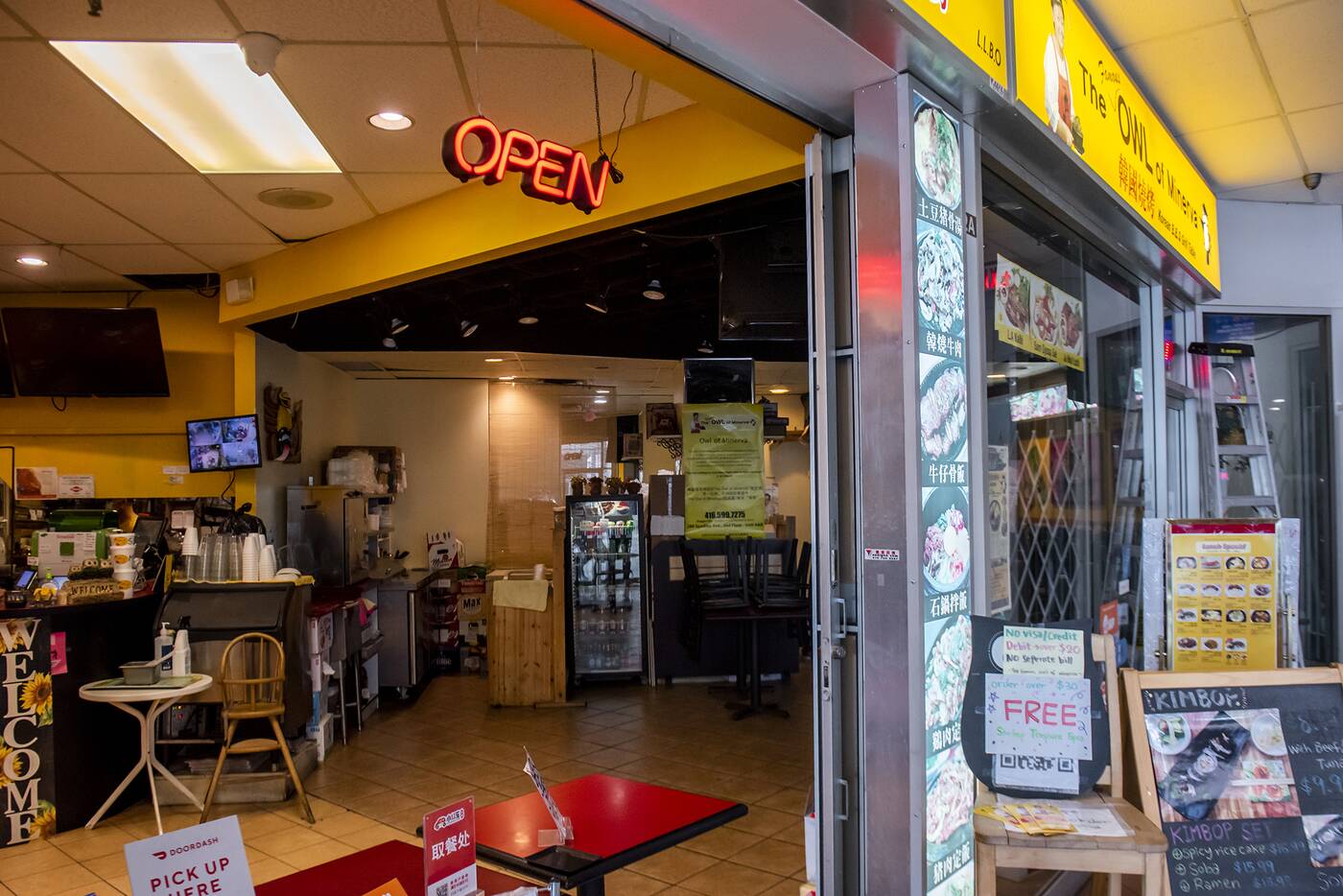 Owl of Minerva is one of two restaurants located on the second floor of Dragon City.

According to Canteen staff Henry and Yuki, business has gone down by about 80 per cent.

The cha chaang teng, once frequented by workers from surrounding banks for quick lunches, now average around 10 orders a day. They come mostly from the medical staff working on the third floor of Dragon City itself, they say. 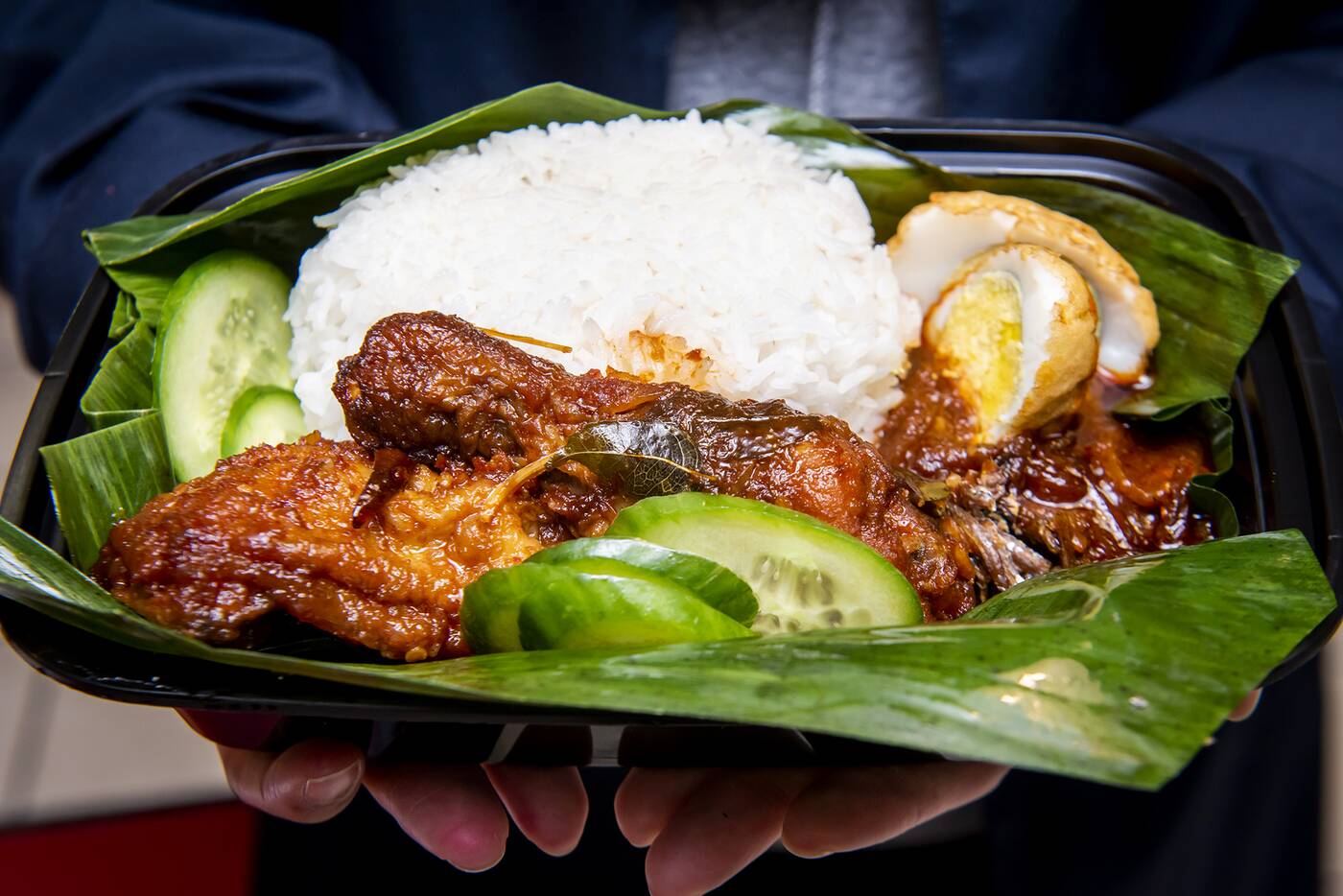 The restaurant has been open since 2005, serving dishes like pork chops on rice and Hong Kong-style milk teas. The business saw a small shift in its menu in 2014 when Malaysian owners took over. 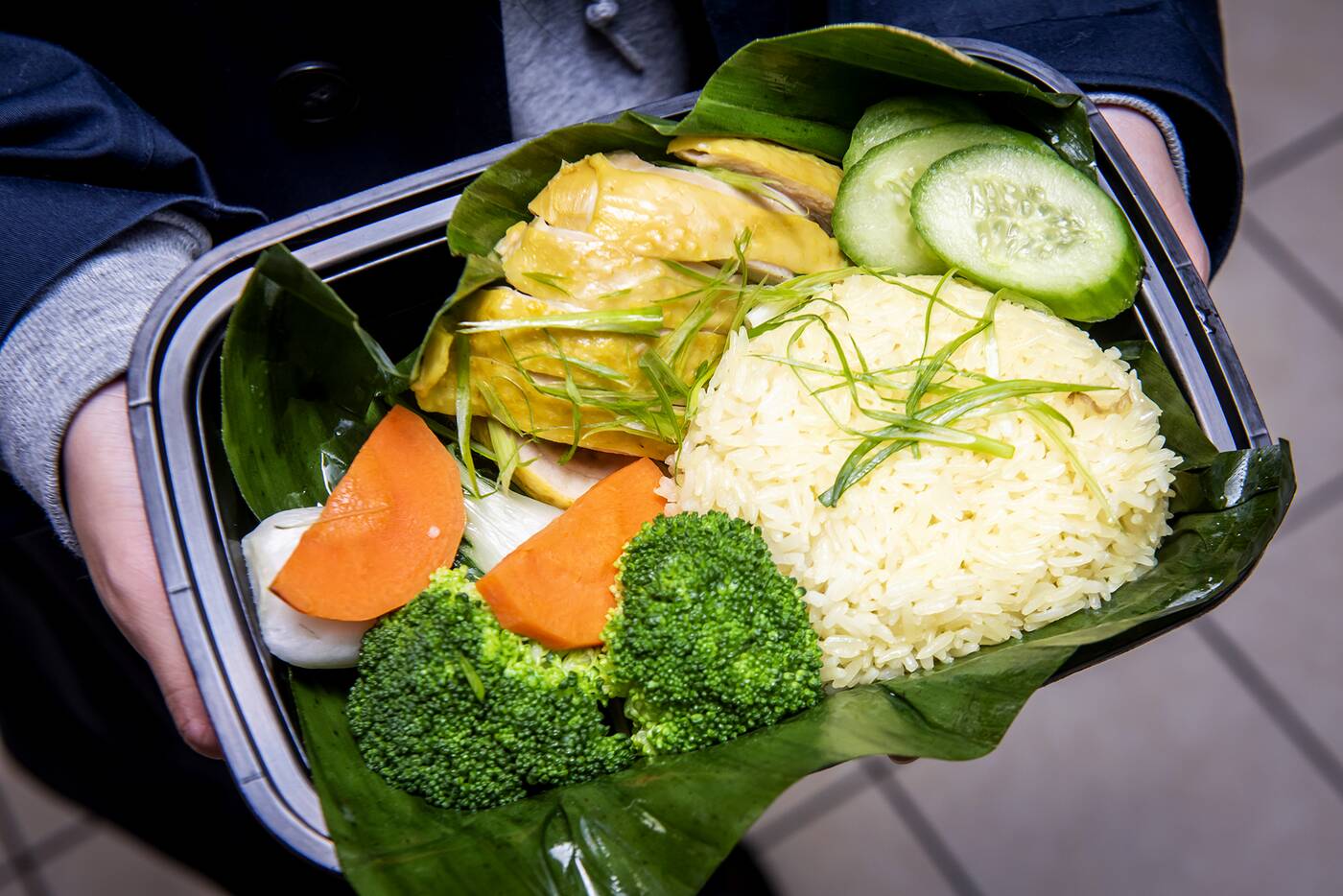 Hainanese chicken rice is one of the more popular takeout orders at Canteen.

The Malaysian Students' Association at neighbouring U of T have been a help for business, says Yuki, but that's dropped now that the school year is done. 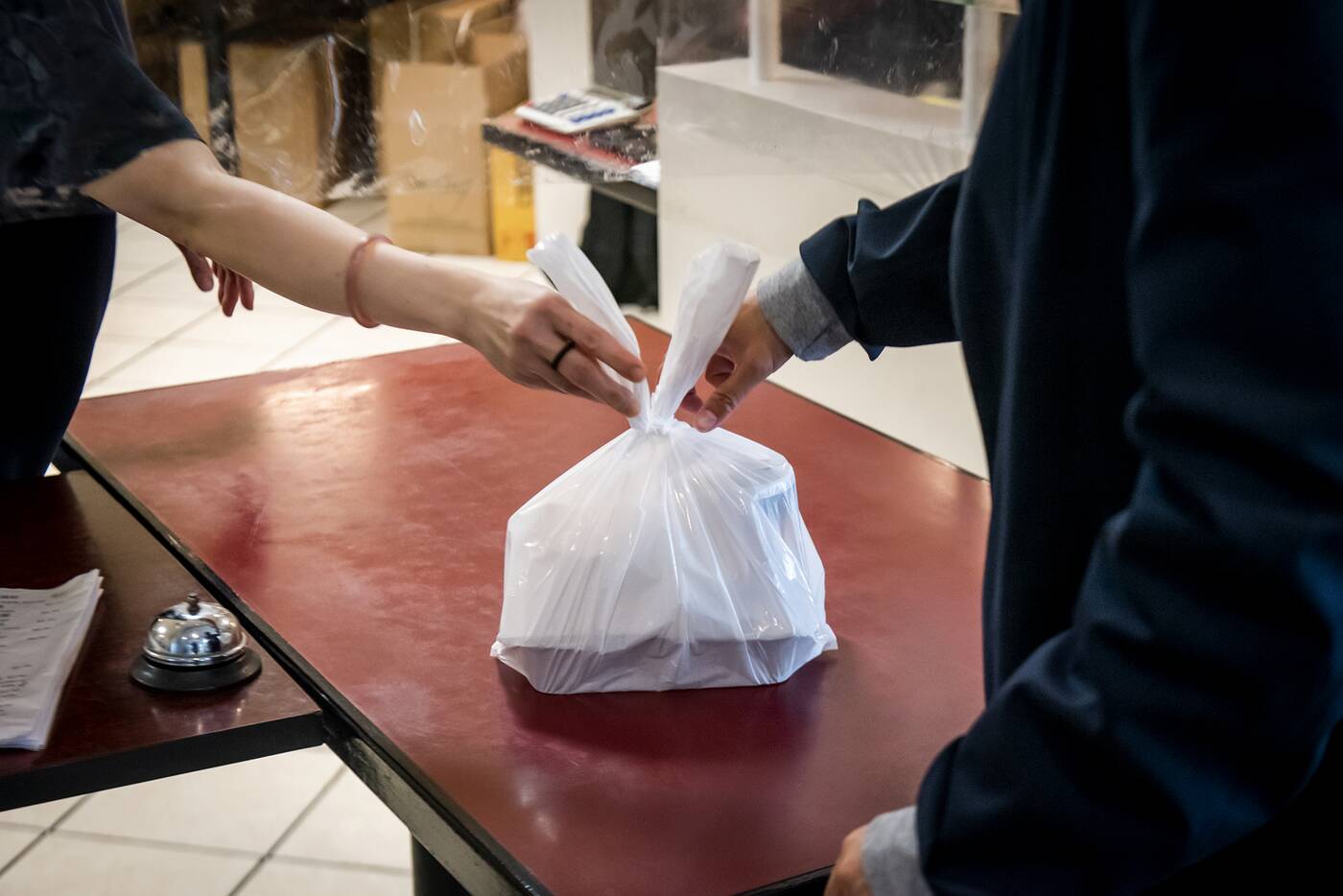 The majority of Canteen's takeout orders come from medical staff working on the mall's third floor.

Canteen is hoping to change that. A business model once based on word-of-mouth has now shifted to being on a whopping eight delivery apps. 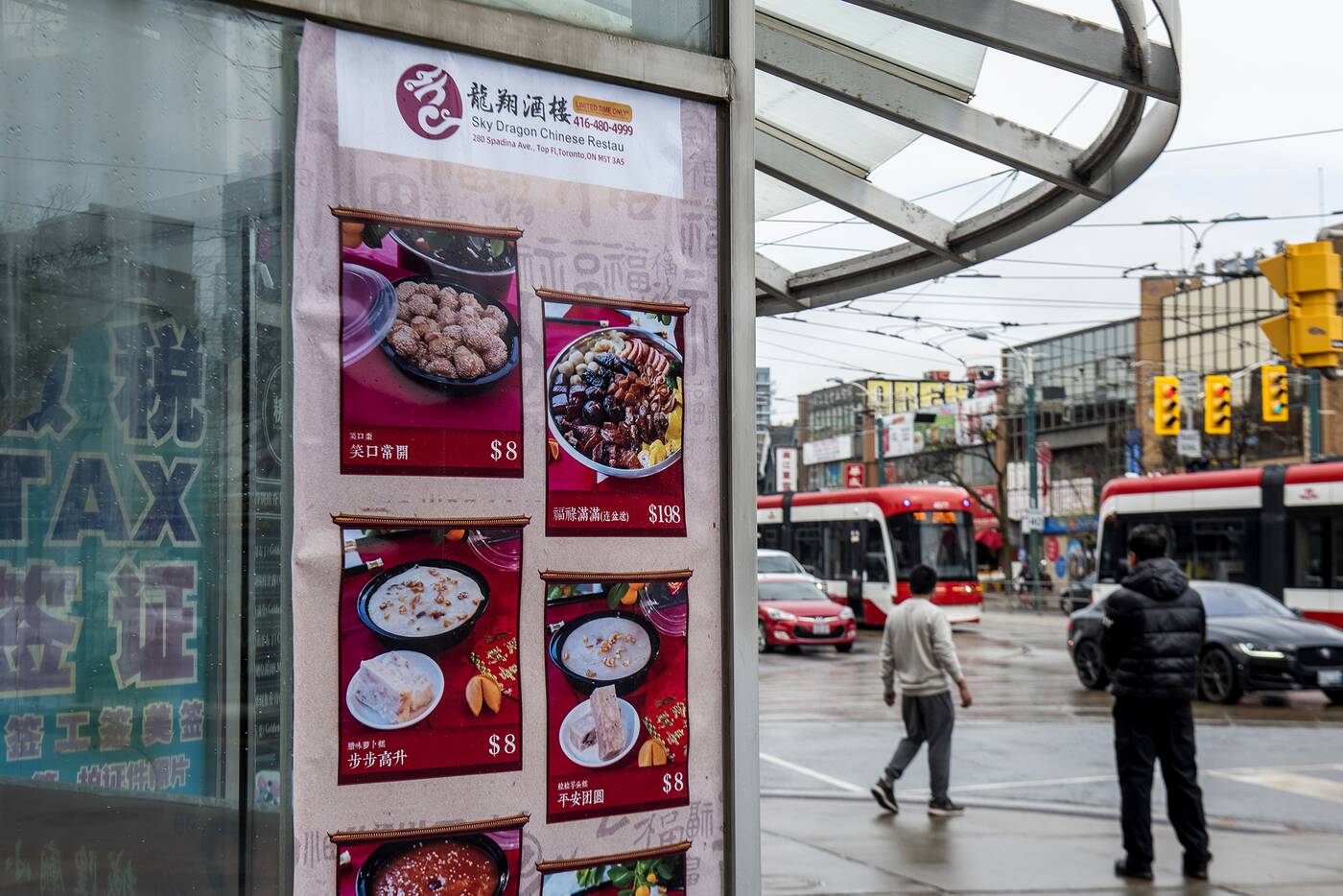