A couple of chefs who met on Tinder have started their own restaurant and delivery service after criss-crossing the country in search of the perfect way to showcase their considerable talents.

After a couple of disheartening dead-ends, they think they've landed on a winning combination of all-delivery, vegan goodness made in a variety of culinary styles that tracks the couple's extraordinary history. 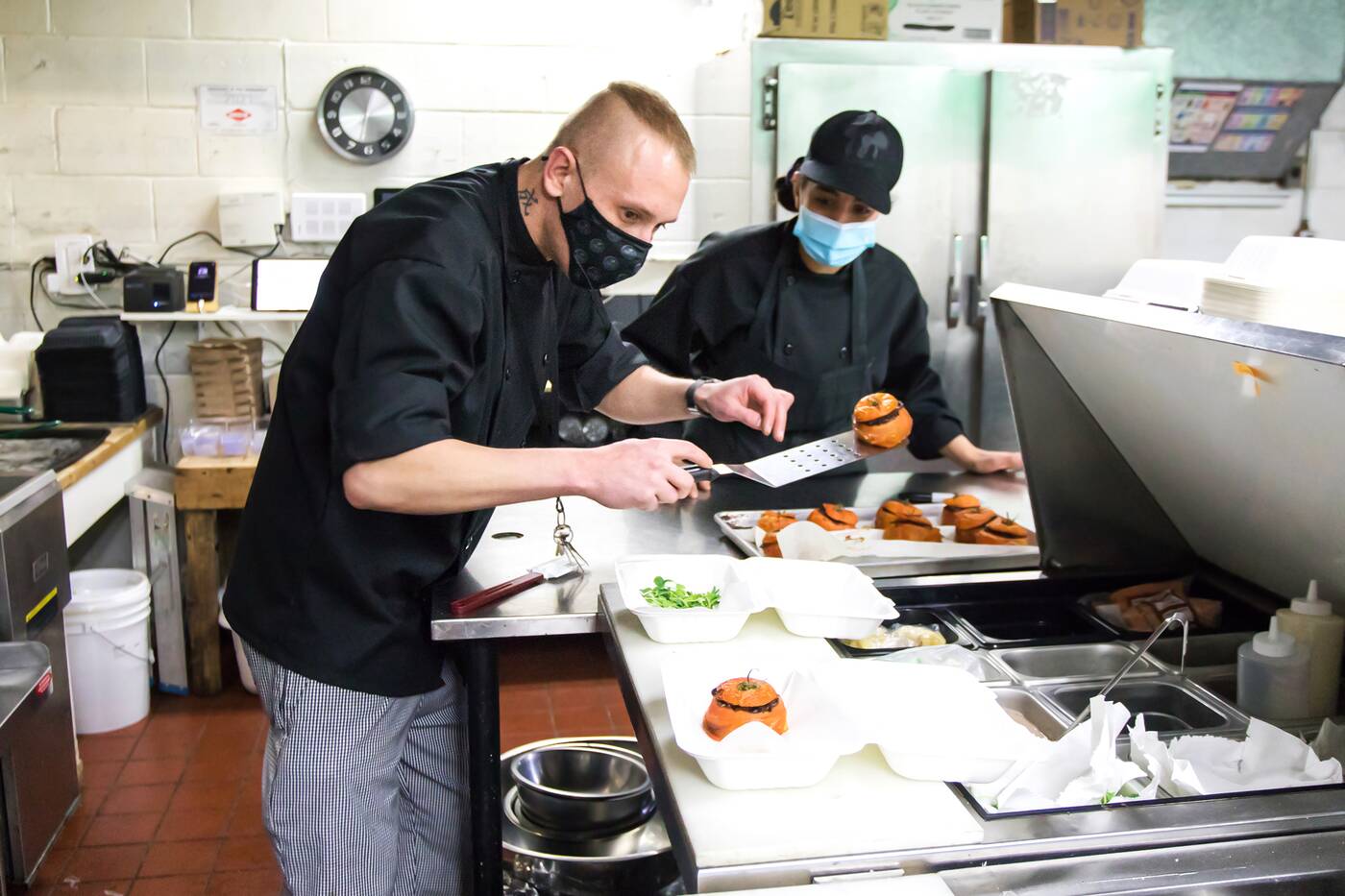 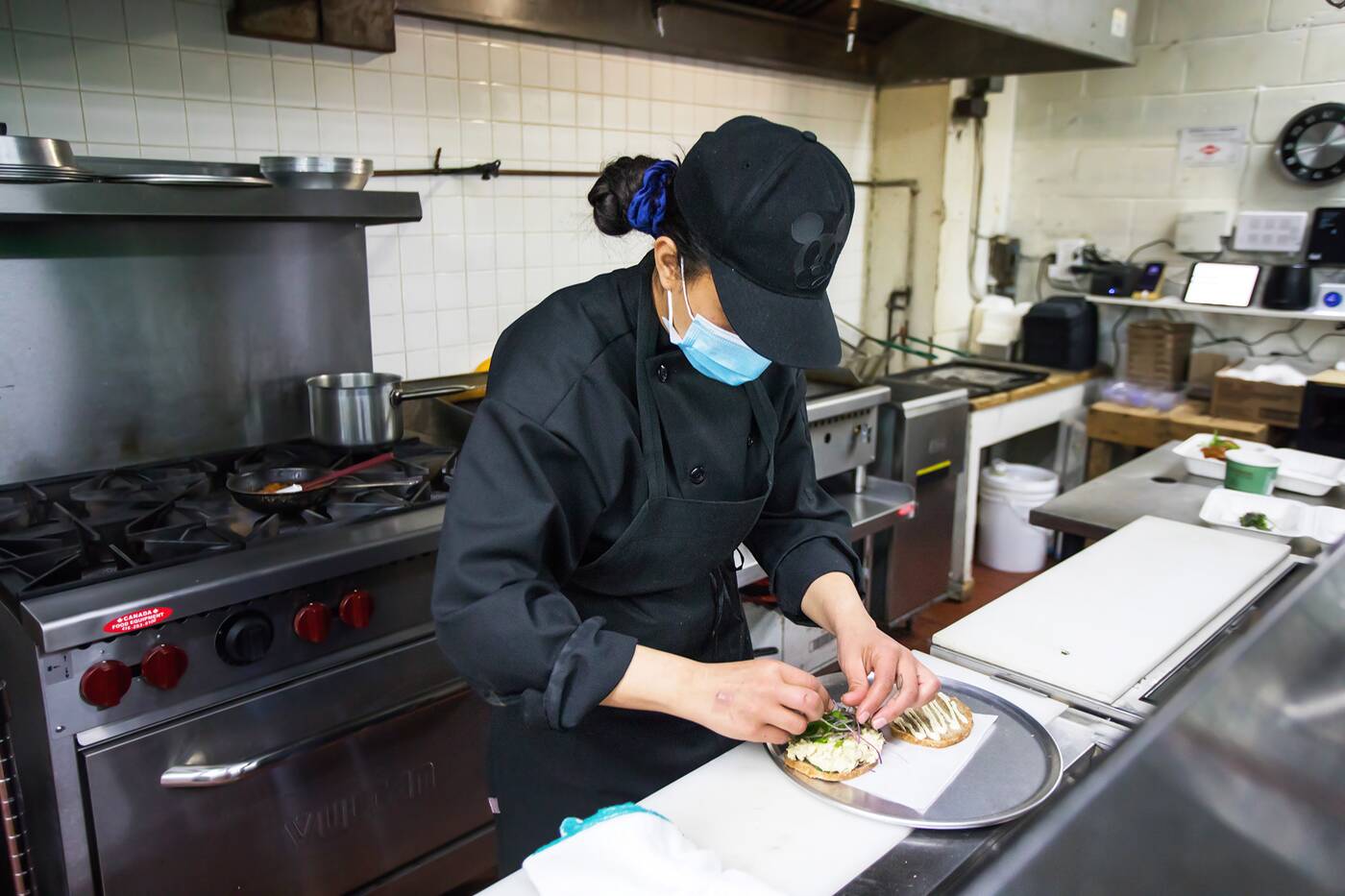 During the pandemic, the pair decided to transition the business into a delivery-based organic and vegan cafe.

They also decided to move it to Kelowna, where Malone grew up, and where he had a long and loaded history. 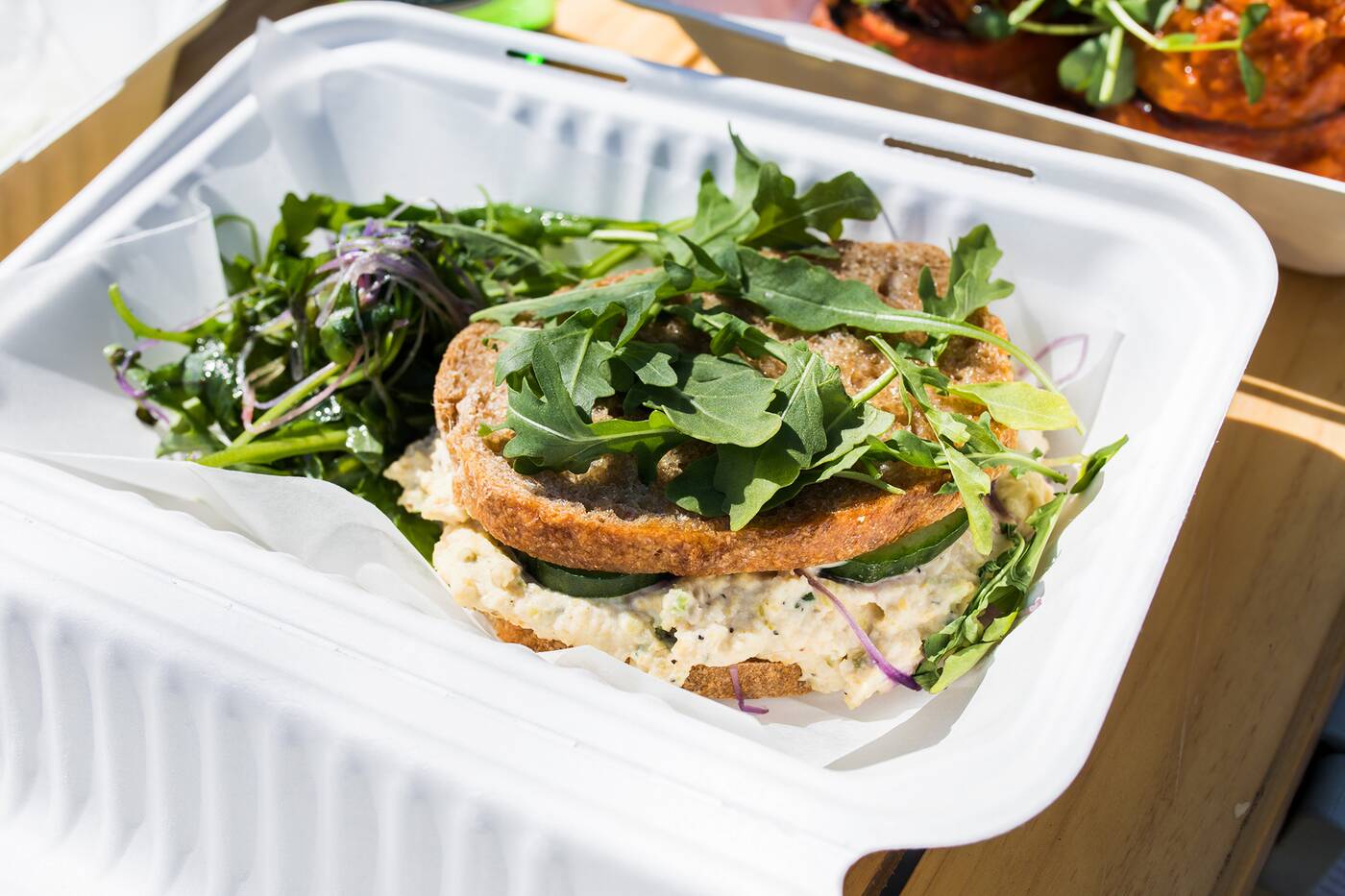 He had moved there at the age of 15, four years after learning he was adopted, and it was there that he developed drug and alcohol addictions that led to a dramatic suicide attempt and some jailtime.

Not only was there a difficult past to contend with in Kelowna, zoning issues also prevented the delivery-based business from moving into a new location the couple had sunk their savings into, selling everything they could and taking donations in order to secure the space. 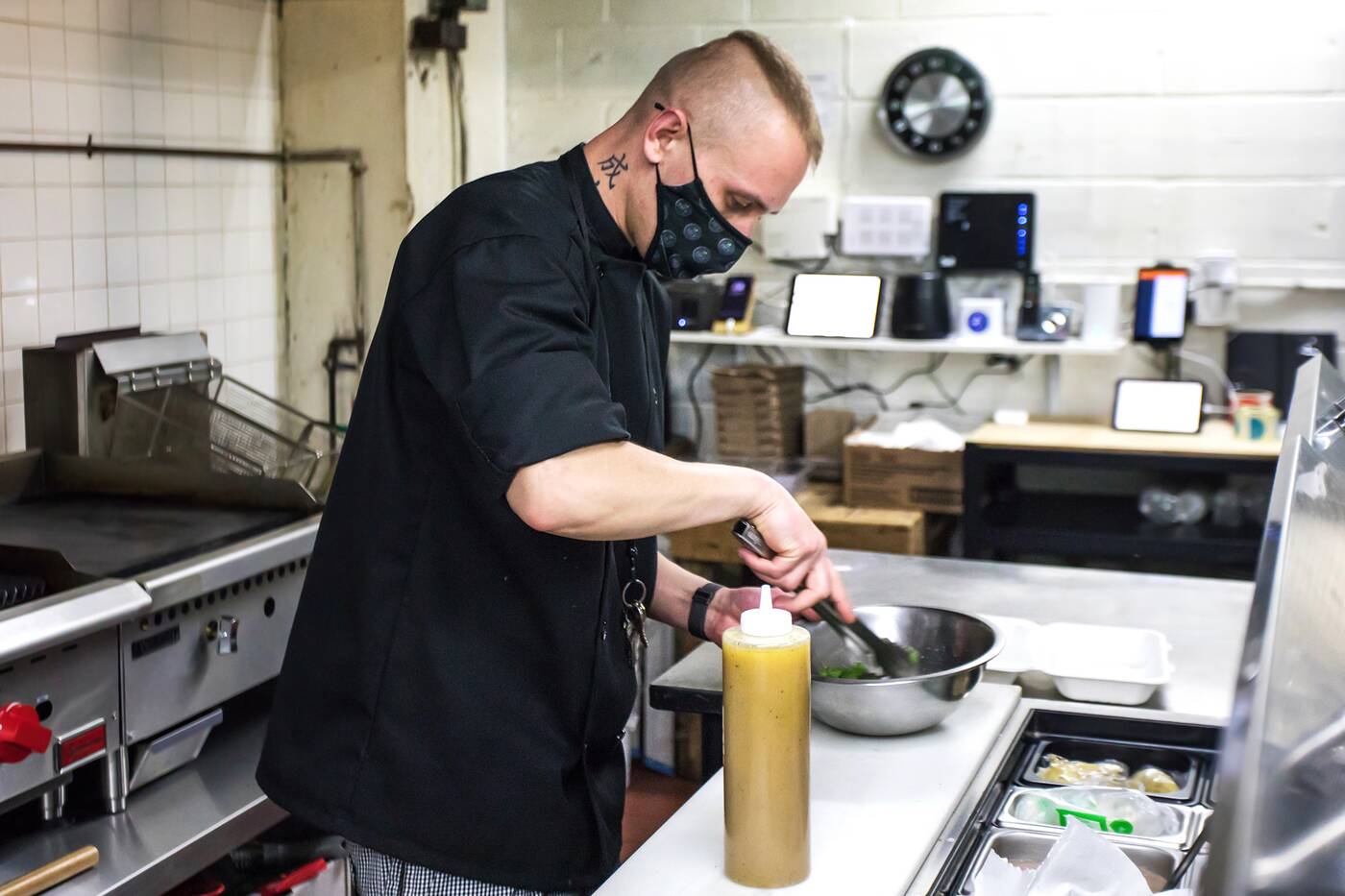 True Flavours only lasted four months in Kelowna. When it finally failed, Malone and Youssef drove across the country in November to try to make the concept work in Toronto.

The pair had met in Vancouver in 2019 where Youssef was studying at UBC, and where Malone had moved to start his catering company after getting out of jail.

Malone calls it "a Tinder date that never ended." 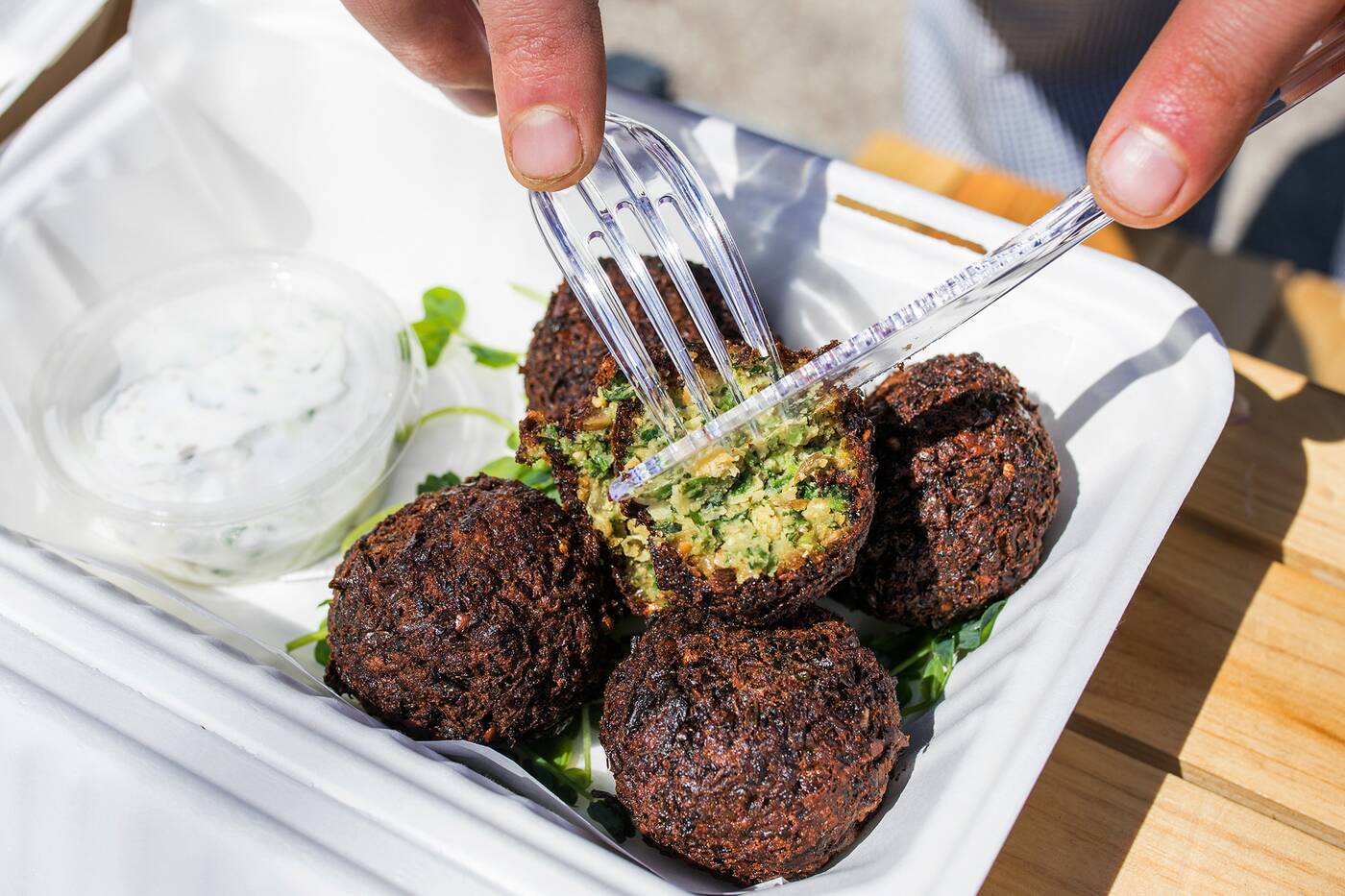 They both have direct experience with half a dozen distinct culinary traditions. Youssef was born in Paris to an Egyptian father and Palestinian mother who had both been in the food industry.

In addition to Kelowna and and early childhood spent in Soviet Russia, Malone has lived in Dublin, Ireland and trained at the Pacific Institute of Culinary Arts on Granville Island. 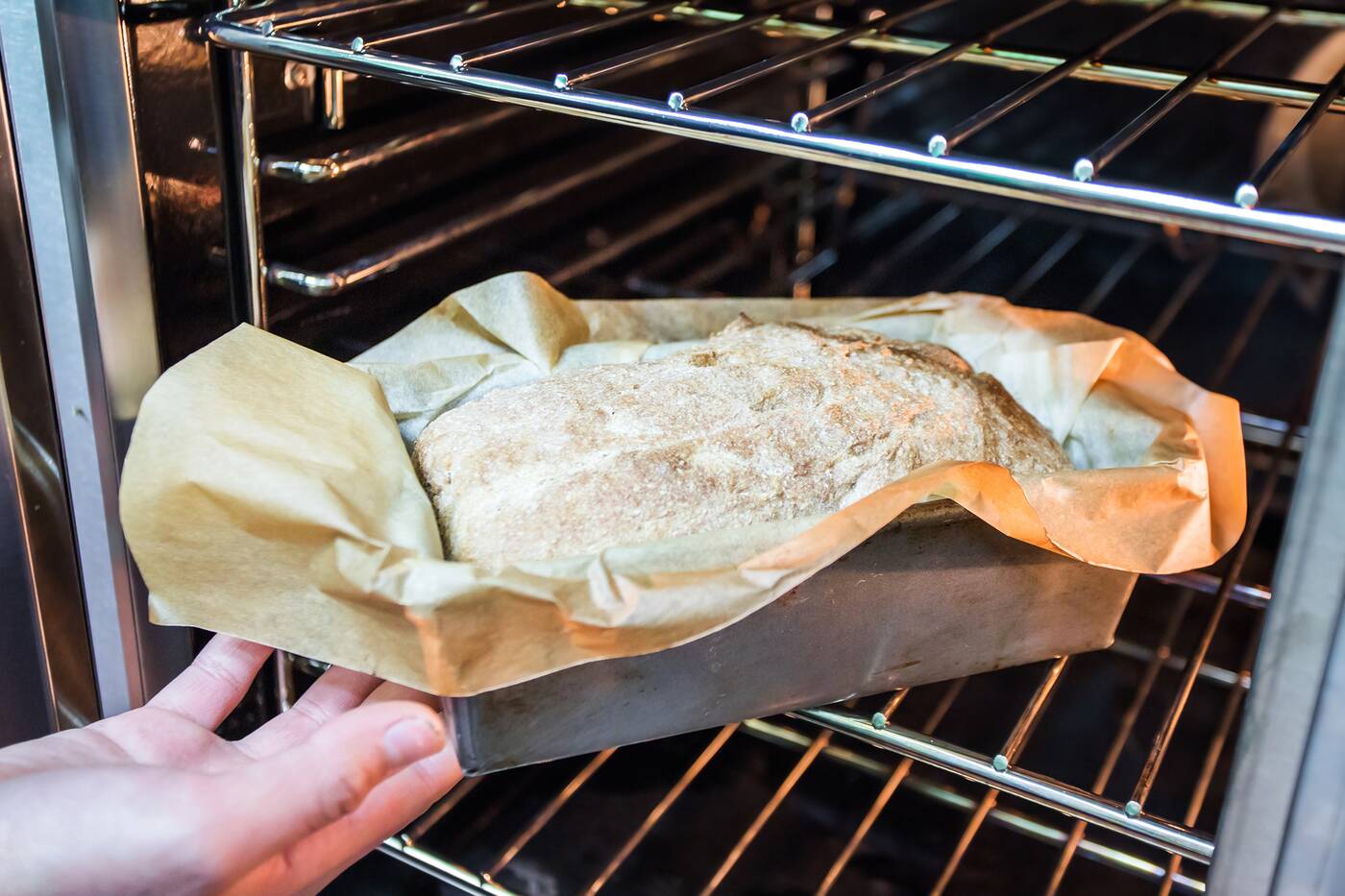 So you can expect a lot going on with True Flavours menu.

Malone's now almost six years sober, and has been eating organic and vegan with Youssef for almost two years. 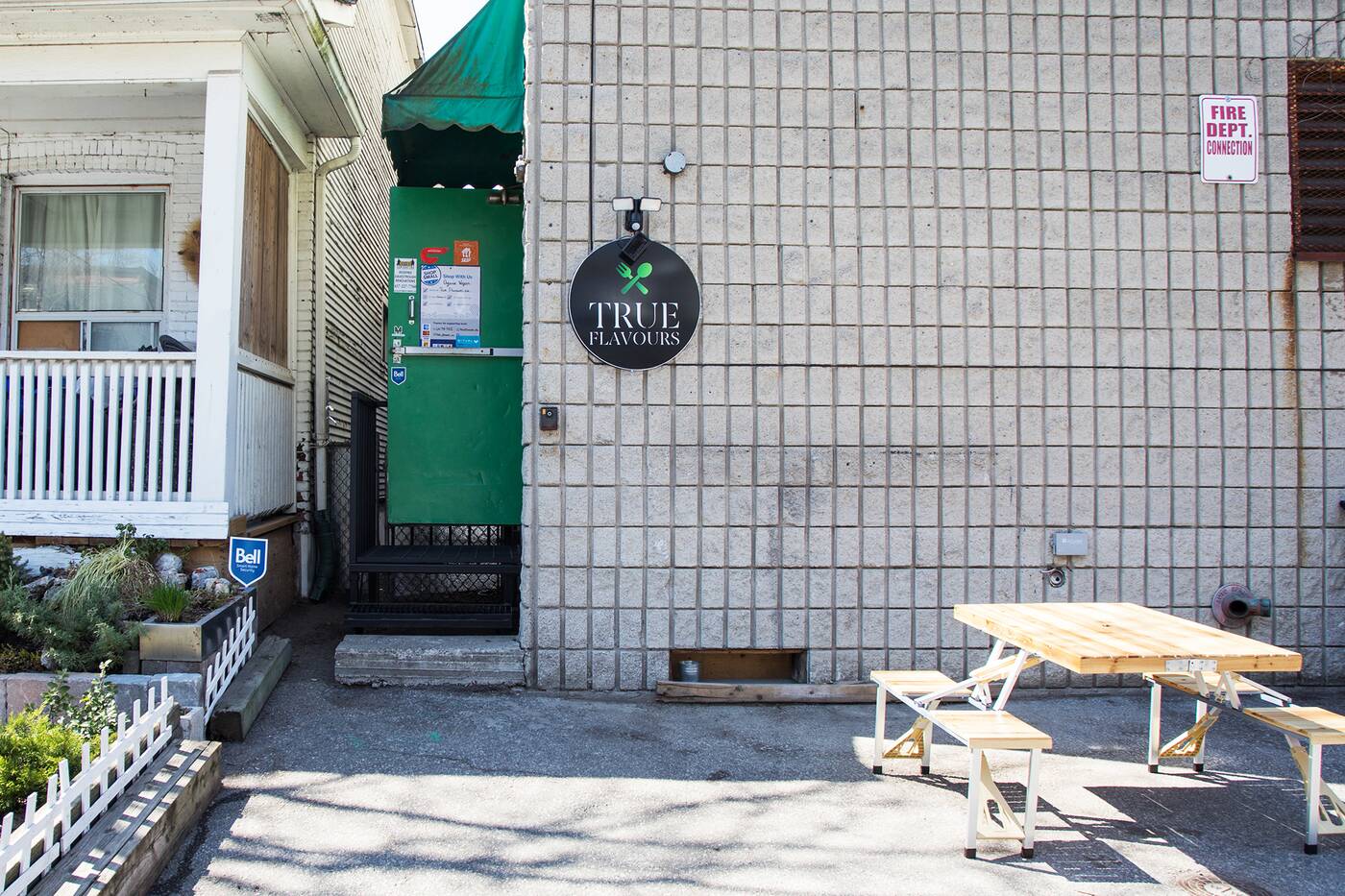 "As a red zone city, we knew people here needed the innovation and healthy, competitively priced food so we drove across Canada from Kelowna to Toronto to follow our dream," Malone tells blogTO. 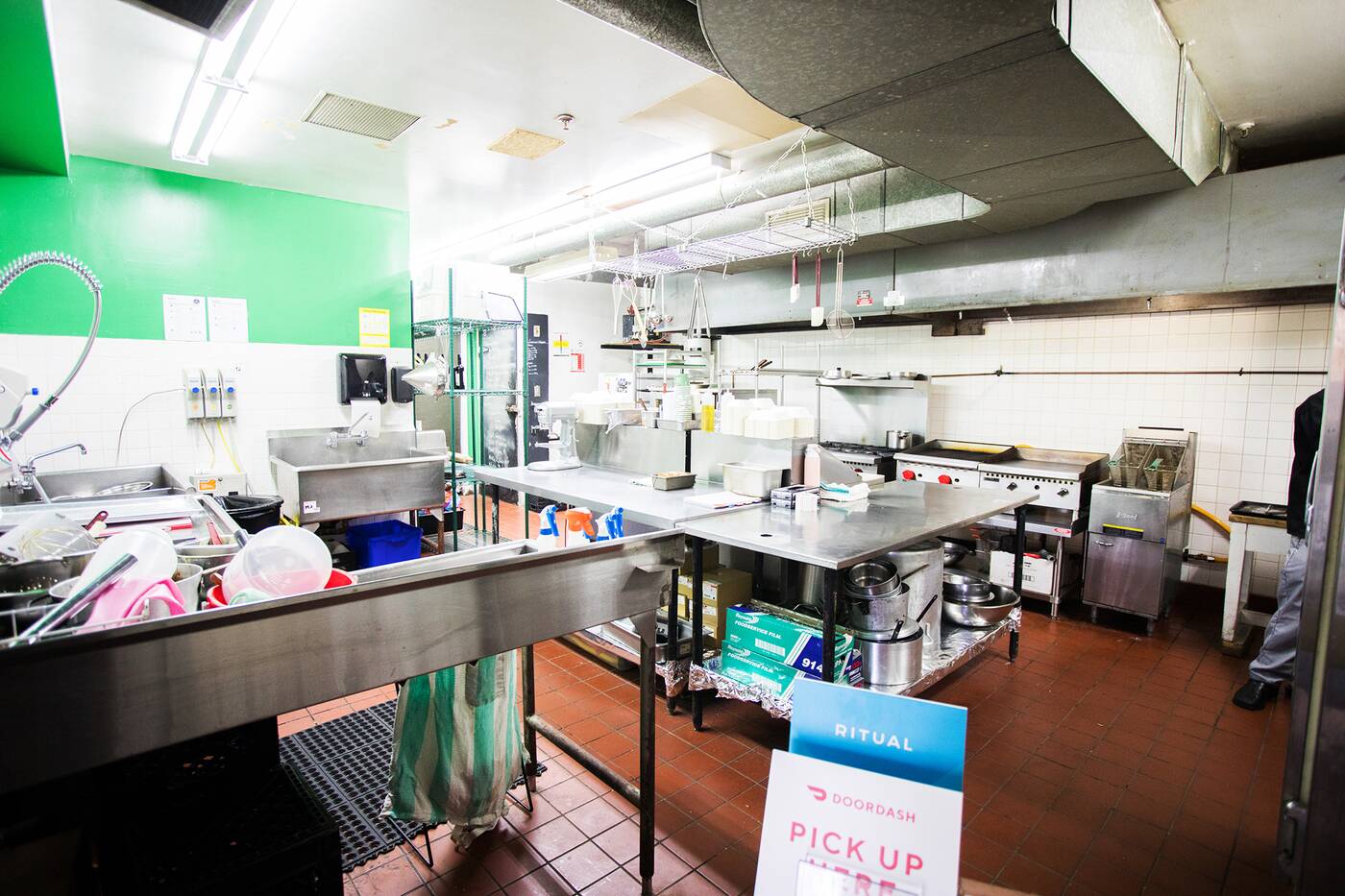 "We just opened on March 15. It took us months to set up and raise funding to get where we are now." 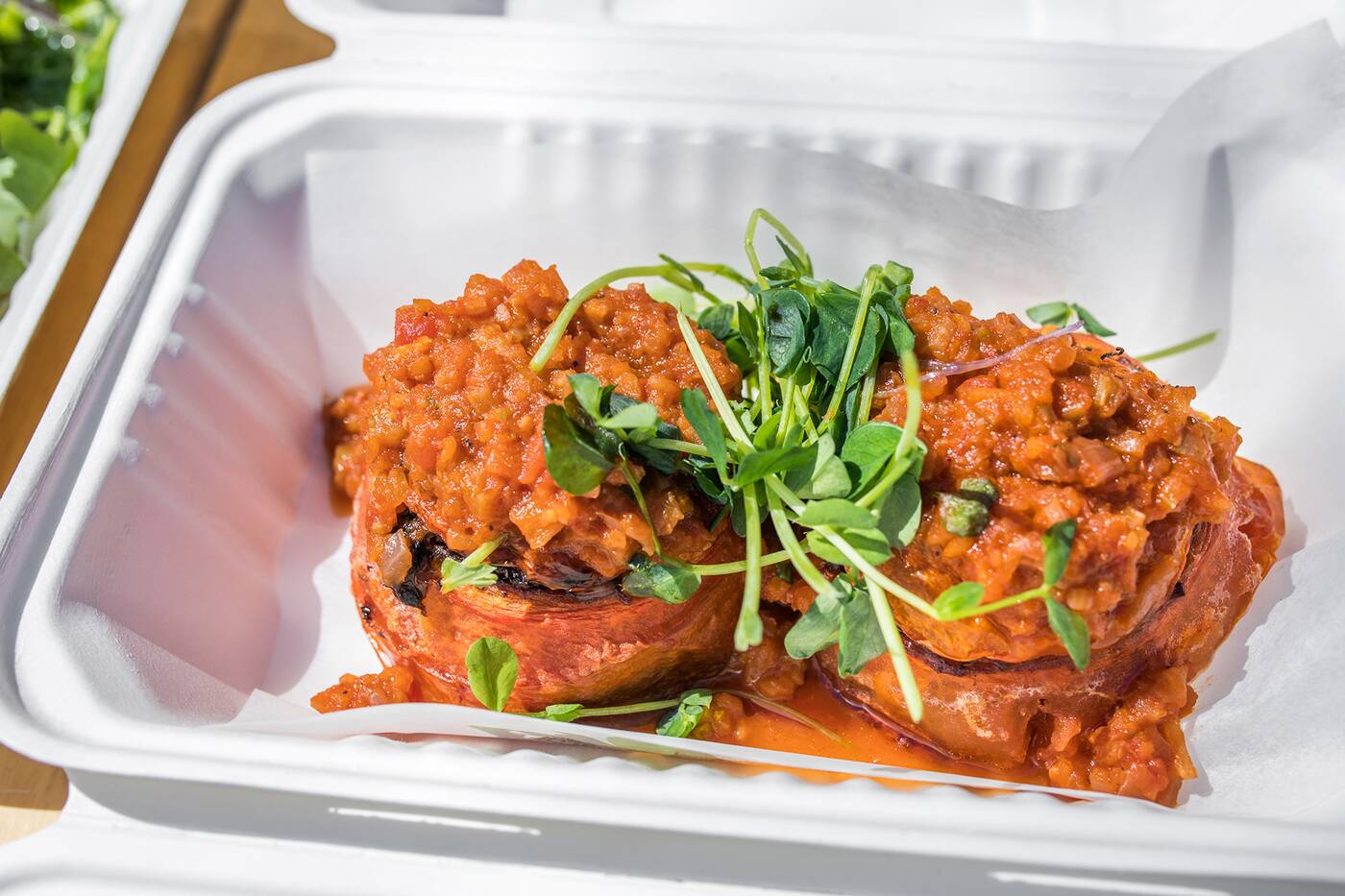 True Flavours is strictly organic and there are no animal-based products in their building. As a delivery-based restaurant, there's no real storefront or dining room to speak of: If you want to find where all the organic vegan yumminess is coming from, you're going to have to go looking for it. 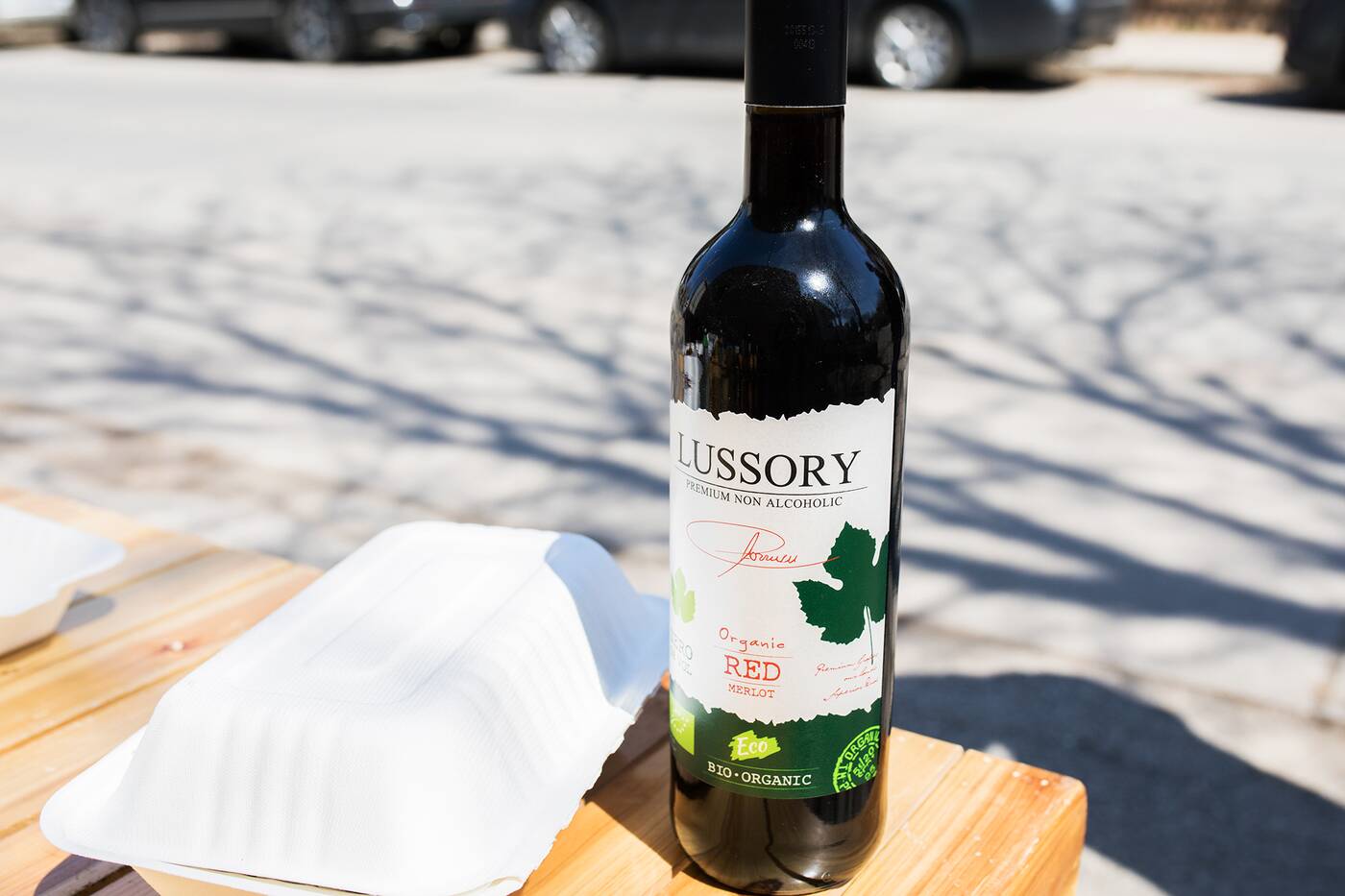 Expect dishes like veggie tempura, cheesy truffle flatbread, mushroom gnocchi, poutine, stuffed tomatoes and key lime pie, which you can accompany with non-alcoholic wine. You can order through their website for pickup or through third-party delivery apps.