Parkdale diner fixture Skyline has decided to close its doors until patio dining is permitted in Toronto once more.

The longtime restaurant at 1426 Queen St. West announced that Monday was the last day of its evening takeout service until at least May, when patios are tentatively slated to reopen for streetside dining again.

"We are going to hunker down and wait for approval of our patio from CafeTO," says Skyline co-owner Maggie Ruhl to blogTO

"Hopefully by then we will all be vaccinated and we can have a somewhat normal summer."

This will be the restaurant's second full closure since the beginning of the year. Skyline stopped all of its services for part of January and the entirety of February following Ford's announcement of a new stay-at-home order.

The business' most recent decision comes amidst Toronto's highest infection rate to date. Ruhl says that many of the the restaurant's employees rely on the TTC to get to work, which has proved too risky.

"With the new highly contagious strains and high numbers, we feel like closing is the most responsible thing to do," says Ruhl. 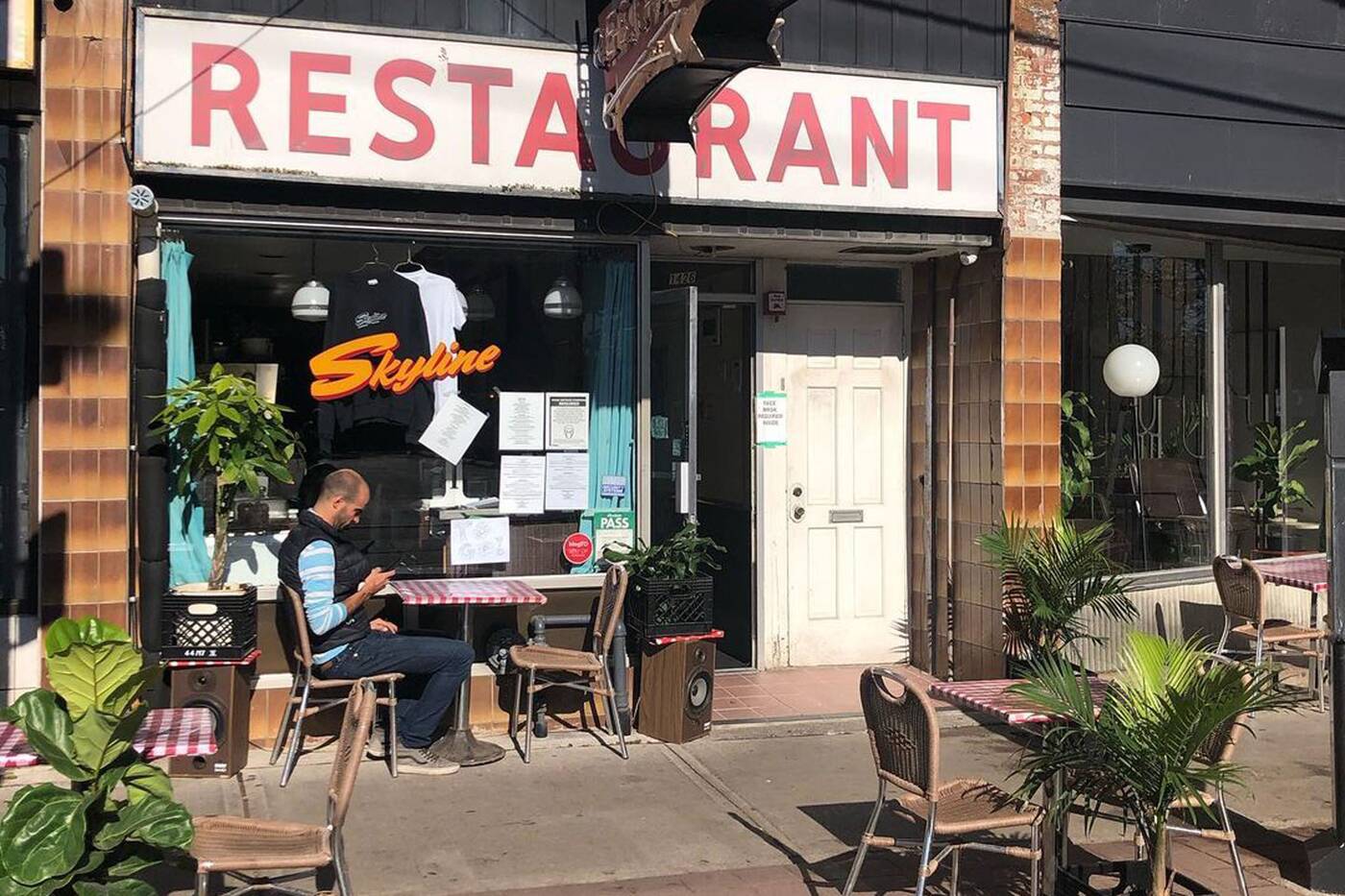 Skyline operated a curbside patio and sidewalk seating up until November. Photo via Skyline.

Mayor John Tory announced in early February, prior to the new stay-at-home order, that curb-lane patios would be making a comeback in Toronto as early as May.

Last year, Skyline operated a CafeTO patio and sidewalk seating until November, and even introduced delivery within Parkdale.

No new announcements have been made in regards to whether the City plans to follow through on that plans, so patio season and the return of Skyline's delicious coconut cream pies are still up in the air.