A globe-trotting pastry chef who's been crafting sweets for a decade has just launched his own chocolate business in Toronto.

Less than a year after suddenly losing his job at the Four Seasons as part of the hotel's massive restructuring, Steven Tran has come out with his own line of chocolate bars, macarons and boxes of bon bons. 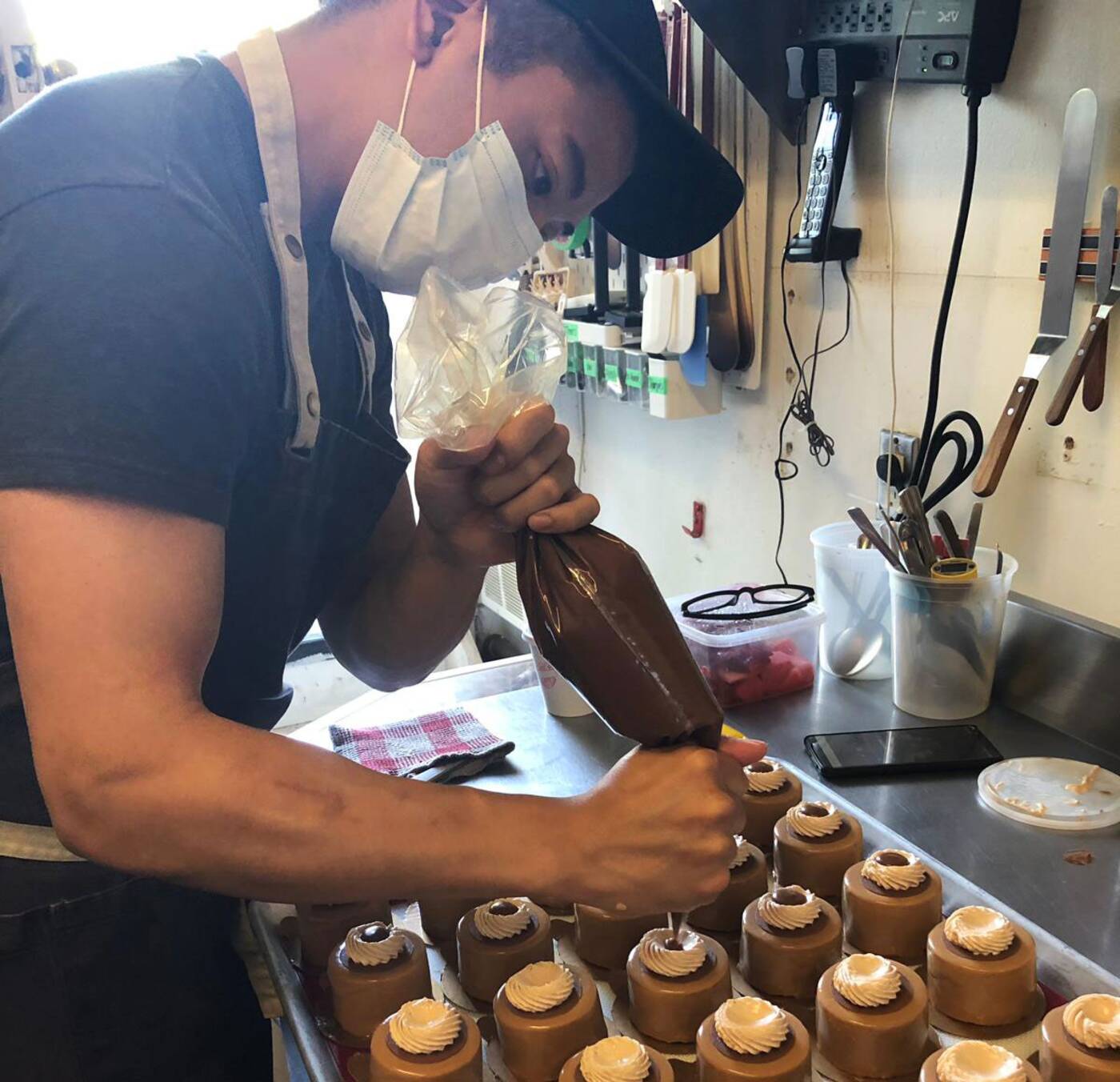 The former executive pastry chef, who's from Vancouver but has worked in Paris, New York and Tokyo, is now doing weekly pop-ups out of King East's Roselle Desserts.

Boxes of bonbons, $25, include truffles and three flavours of caramels. Macarons like the Tropical Voyage Macaron Set ($15) which incorporates flavours from South East Asia like ube halaya and pandan, have already sold out.

For the first time in his chocolate-making career, Tran, 33, is unconstrained by the limitations of any rules set out by high-end establishments, of which he's had extensive experience working under.

"To be able to express yourself where there’s no limit, I think, in terms of combinations and flavours. It’s very liberating."

What started as a career in cooking at a young age—Tran started off cooking rice in his family kitchen at 11 years-old and by 16 had landed a culinary scholarship—has turned into a full-fledged passion for chocolate.

Tran says an internship in Paris opened his eyes to the world of pastry, where air conditioned spaces and cool gadgets easily trumped sweating it out in fiery hot kitchens making savoury foods. A baking course back home in Vancouver solidfied his career path. "From there I just never stopped," he says.

Tran moved on to a Tokyo pastry shop in 2011, followed by work under Arnaud Larher in Paris the year after that.

A gig in New York City's Cafe Boulud was eventually what connected him to the Toronto equivalent at the Four Seasons in 2018, but not before working as a pastry chef at Vancouver's famous Thomas Haas Chocolates in 2016.

Running his own business after-hours at Roselle does not sound as glamorous as his previous stints, but Tran says his "whirlwind" of a career is what's prepared him for the creativity needed to run a small business in Toronto, where palates are always ready to try something new.

"It’s very satisfying when you're able to be authentically you without someone telling you can't be," Tran says. "In this day and age we should get past ‘What people like.'"

"As long as it tastes good there should be no division, good food is good food."