Yard Sale Bar, the 1970s themed cocktail bar in Leslieville known for its epic rooftop patio and free snacks, is about to get a gay n' groovy rebrand.

A new sign on the door at 1062 Gerrard St. East indicates the arrival of a new concept: Lavender Menace.

Slated to open this spring, the lesbian-owned and operated retro bar will offer a space for all to come and clink glasses to a prejudice-free world. 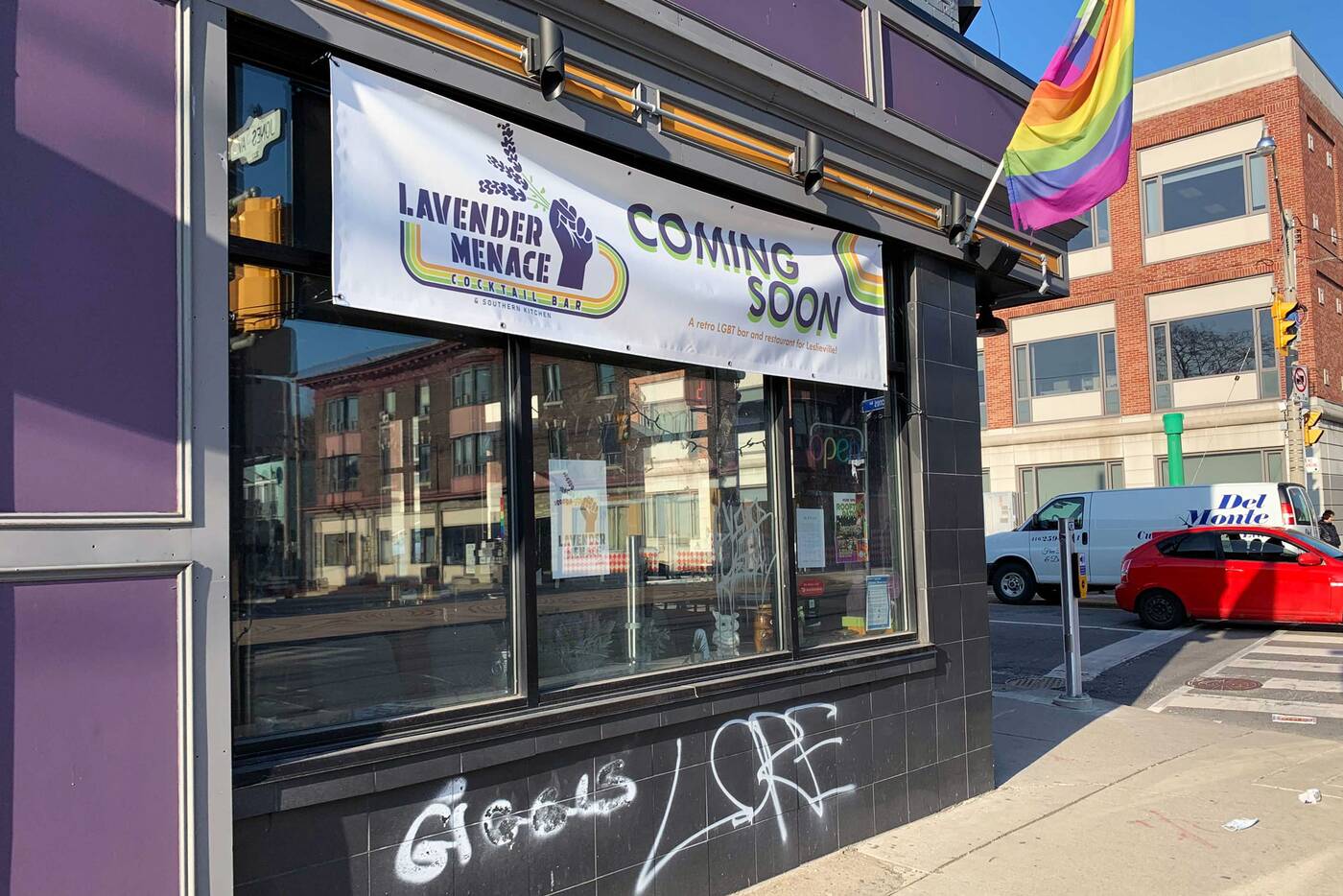 Yard Sale has always been lesbian-owned, and ownership hasn't changed. But Lavender Menace co-owner Viv told blogTO: "...We're leaning into presenting our bar more authentically as we are both lesbians (and married!)"

"Our bar always had a strong LGBT clientele and we had a lot of feedback and praise for that from locals," says Viv. "Right before COVID hit, we were planning all sorts of things. Instead, we ended up putting it all on pause until now."

It's unclear when exactly the bar intends to open, given the status of bars and nightclubs in Toronto remains uncertain as the City makes its way into the grey zone. Keep an eye out on their website for more details to come. 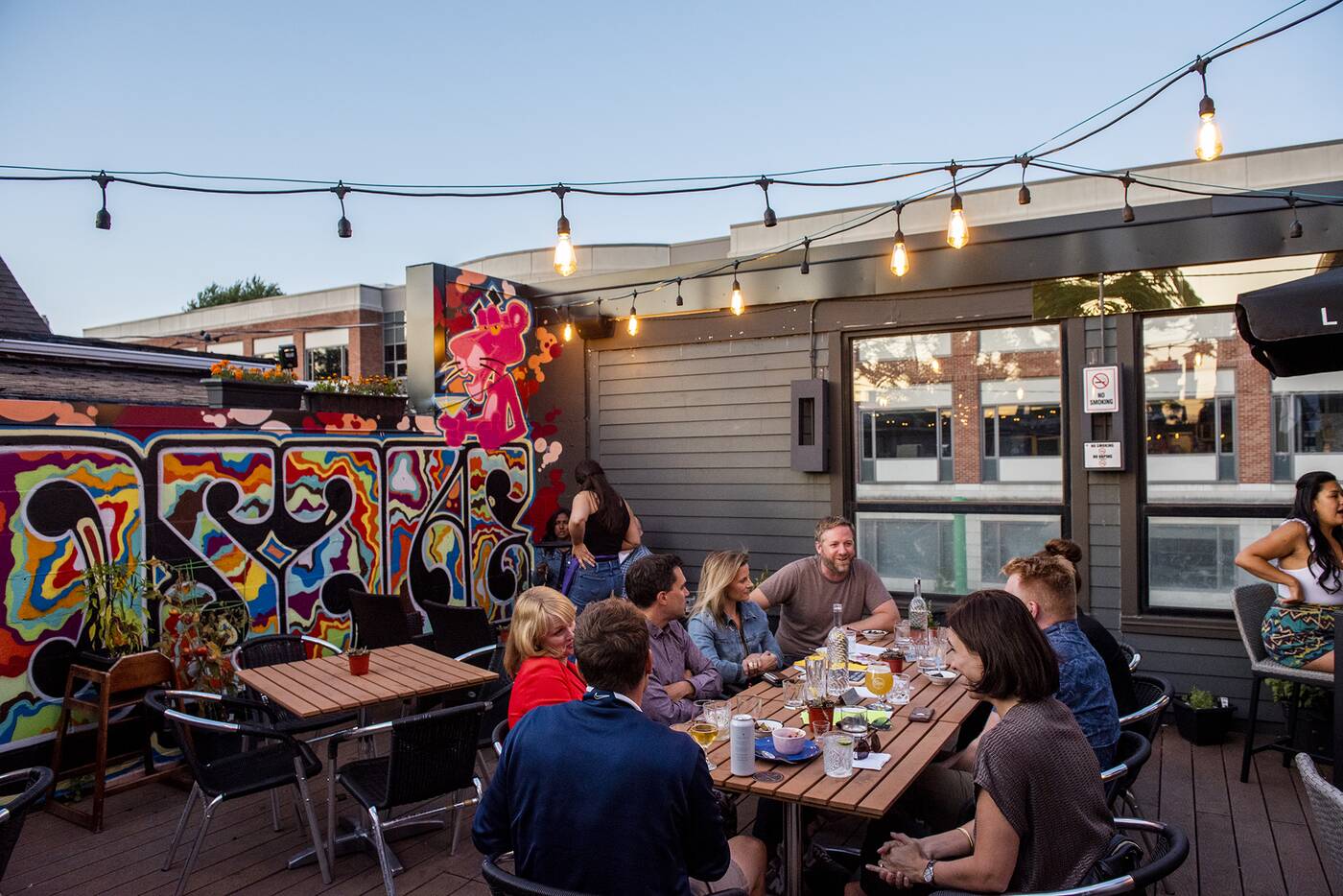 The new bar is slated to open in the spring and will take over the 1970s themed cocktail bar. Photo by Hector Vasquez.

Lavendar Menace's modus operandi is obvious: The incoming bar takes its name from a group of radical lesbian activists from New York in the 1960s. The group fought for inclusion in the women's movement and is largely credited as the spark for lesbian feminism.

"...It’s a bar for everyone," says Viv. "As long as people are kind and respectful, anyone’s welcome to hang out and have fun, regardless of gender or sexuality."