A chef let go from one of Toronto's top Mexican restaurants during the pandemic has struck out on his own with a brand new chicken concept called The Chicken Cartel.

Owner and founder Donovan Gomes was laid off from popular spot El Catrin immediately going into the first COVID-19-related lockdown in mid-March. 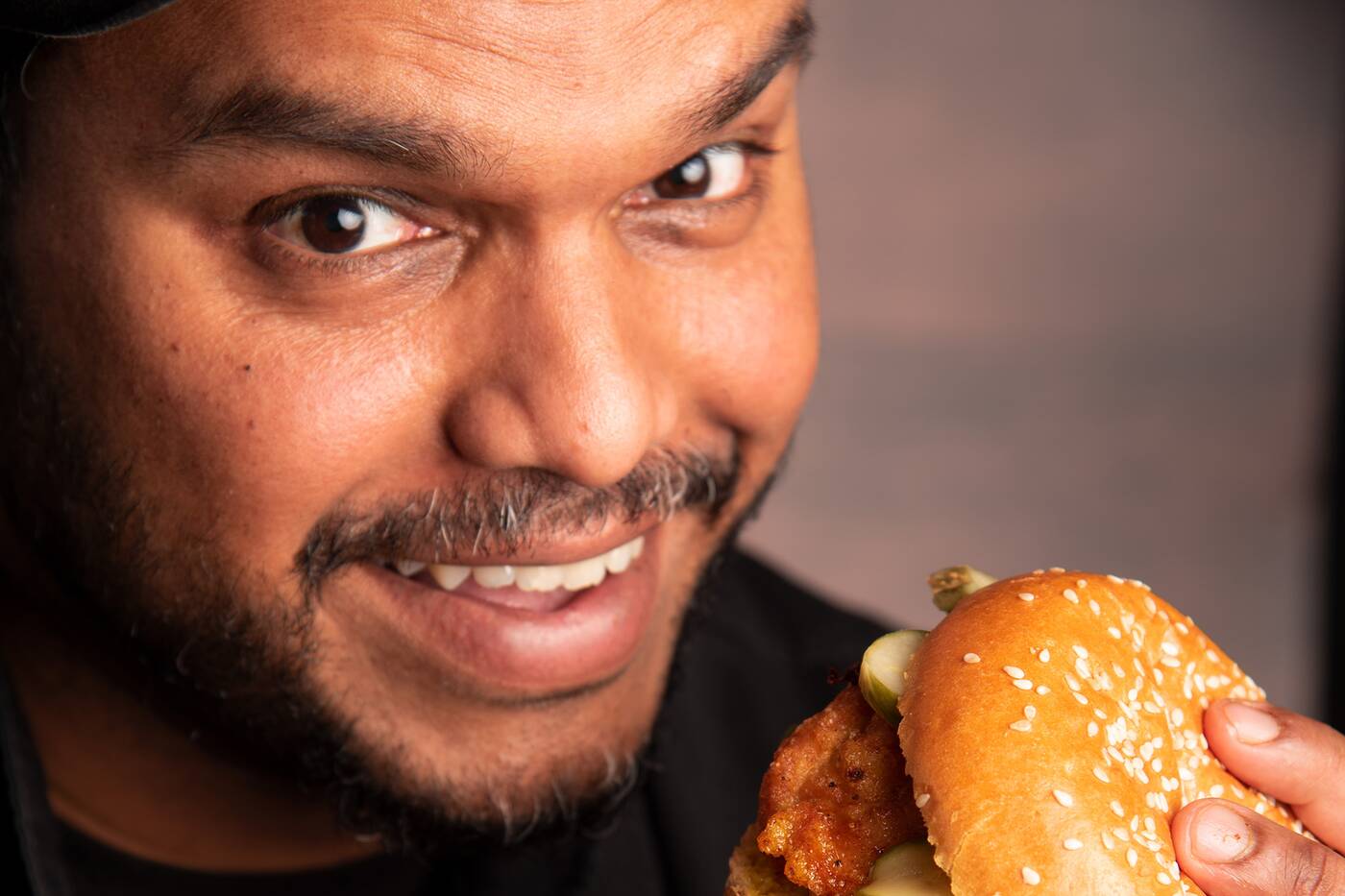 "Jobs for head chefs were almost extinct due to the pandemic and understandable in the same token. So, I decided to finally live the entrepreneur dream in North America, take the plunge and utilize my nearly 17 years in the industry to make a difference for myself and give the people of Toronto something to partake in," Gomes told blogTO.

"After much research I chose chicken because it is the number one non-vegetarian protein consumed in North America and especially Canada. Almost every household consumes chicken at least two to three times a week. Considering there are millions in Ontario, I believe there is enough market to go around."

The Chicken Cartel's menu includes a ubiquitous fried chicken sandwich, but they're also offering much more than the standard fried chicken pop-up with flavour influences hailing from the Caribbean, South Asia and other parts of the globe.

"Families especially find this product affordable compared to other proteins and it's versatile. The difference I decided to make versus all the other chicken joints out there is to be able to celebrate different ethnicities that I grew up with by showcasing their flavours, ingredients, and recipes using The Chicken Cartel as the vehicle," says Gomes.

"I decided to take classic worldwide chicken dishes and put my professional chef skills to work by refining and innovating these dishes to create items that include global flavours like East Indian, Caribbean, Latin American and Asian. These are cuisines I grew up with both personally and professionally."

To say that it's been an adjustment for Gomes to go from working in a fast-paced high-end restaurant to serving chicken through delivery apps from a pop-up ghost kitchen in Vaughan is an understatement.

"It has been challenging working in a ghost kitchen after working for so many years in an efficiently run high class restaurant, but we believe that this pop-up can lead to our own place where everyone that comes in, walks out with a smile on their face and we are hard at work to make sure we find that perfect place," says Gomes.

"Our growth mostly has been word of mouth, repeat customers who can't get enough, and flyers we have sent out to the area. We currently have a five-star rating on Google where we just received one of the most amazing reviews anyone has ever seen. It's so long it could be an essay. That energizes us every day."

Though Chicken Cartel came about because of necessity and hasn't been easy to launch, Gomes says he's grown mentally and professionally in unexpected ways because of it.

"This helped me more mentally than anything. As many know almost all start-ups take three to 12 months to actually show good traction. However, the little traction we have received has come with exceptional praise and that's what keeps me going because the joy we create when people taste our food for the first time is immeasurable," says Gomes.

"That's why we have so many repeat customers. This also helped me grow more as a person and an entrepreneur. Learning how much more there is to run a business and the accountability that comes with it. Although mentally fatiguing, it has brought me tremendous joy knowing that I did this, that I created something and saw it through."

More than anything, though, Gomes is inspired to keep going and make the independent business a success because of his young daughters.

"I didn't just sit back and wait for things to open up to get just another job while receiving free government funds to pay the day to day. It's only the beginning. At this point the sky is the limit," says Gomes.

"I have two little girls ages five and seven who look up to me to make things happen. More than hard work and sheer grit, I want to show and teach them that life is more fruitful when you create your own destiny by working for yourself. They get to see the struggles right from the beginning and perhaps one day soon the success as well."