Previously only available in the States through online purchasing, these genetically modified piña from America's megaproducer of processed foods can now be found at Loblaws.

They're selling for $39.99 CAD per Pinkglow Pineapple, with limited supply, only at the Maple Leaf Gardens location.

You may be asking why, in this economy, or ever, would anyone pay that much money for a single pineapple. 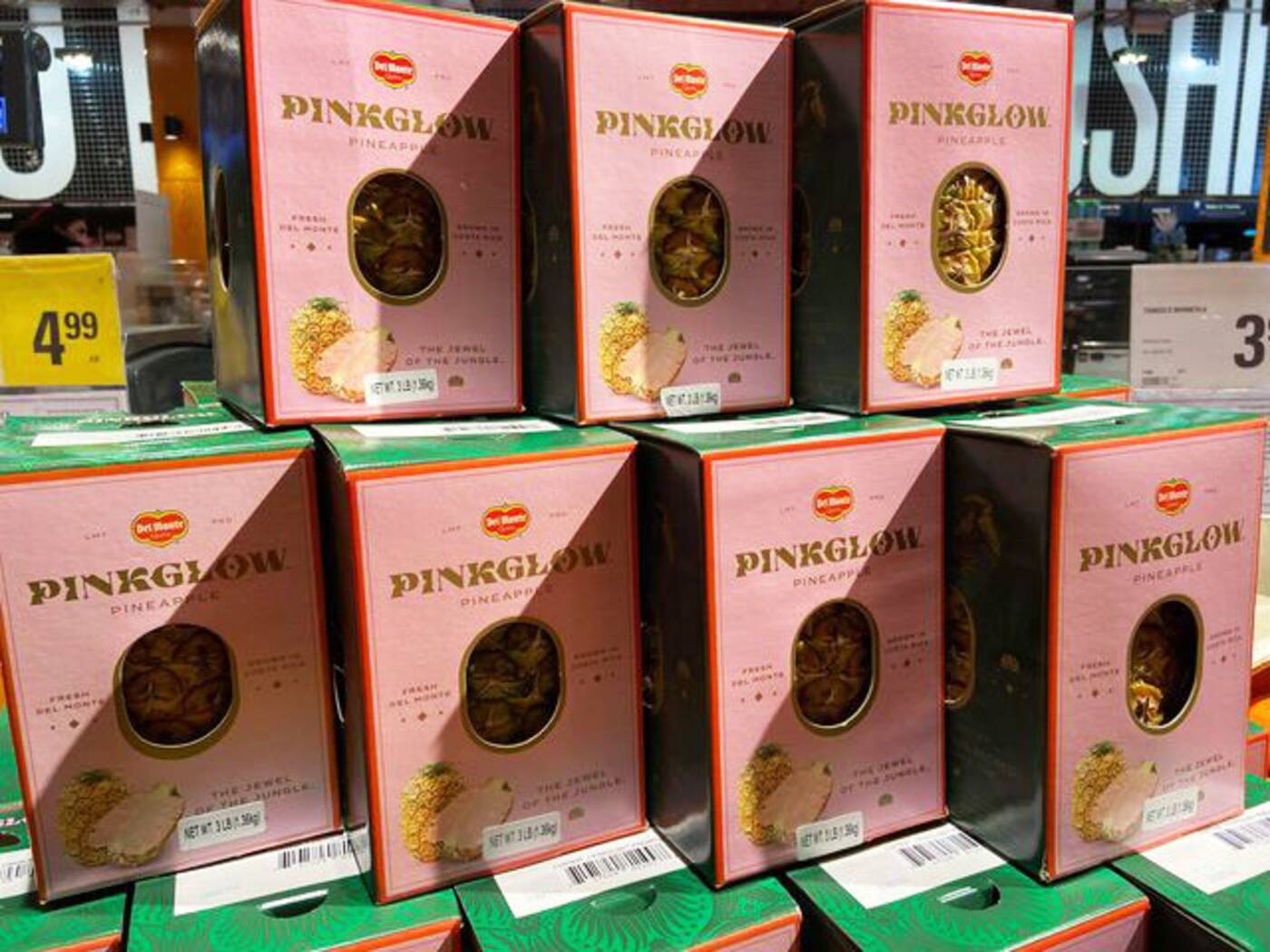 Pineapples, which are native to South America, have been a marker of wealth since the late 1400s, when Christopher Columbus pilfered some back to Spain. At one point it cost American colonialists $8,000 to display a single pineapple at their lavish dinner parties.

This bioengineered pink pina is just the continued legacy of that obsession.

Feel better knowing that it's actually cheaper right now than the original going price in October, when Pinkglow first launched online at $49 USD each.

This luxurious variant, purportedly sweeter and juicier than its yellow-fleshed counterpart, has been in the works since 2005. According to Del Monte, commercial export permits delayed the product's release.

Dubbed the "Jewel of the Jungle", each pineapple arrives in a luxurious box. They're hand-picked by farmers in Costa Rica. Each one takes up to 24 months to produce.

Extra Lycopene, the pigment that lends colour to other fruits like tomatoes and grapefruits, give the pineapples that extra pink hue.

Aside from its colour, what sets these Del Monte creations apart is that they arrive without their spiky crowns, which are cut off prior to shipping and replanted as a "sustainable method."