Von Bugle was a new Munich Lager that Toronto brewery Steam Whistle introduced recently, but the brand has made a quick exit from the local beer scene.

Steam Whistle has officially discontinued the brand and shut down the tap room on Evans. The lager was made using a German ageing process and cross-bred hops for a spicy but lightly floral beer.

"The beer coming out of the brewery at Evans Avenue has always been Steam Whistle. Majority of the beer is produced there, minus some Steam Whistle kegs that are produced and shipped out of the Roundhouse. We have chosen to discontinue Von Bugle as a brand and as a result we won't keep the tap room open," says Devon Gleed of Steam Whistle.

"Right now the Roundhouse Tap Room and Biergarten are closed because of the current lockdown in the city but we can't wait to be able to open our doors to the public again." 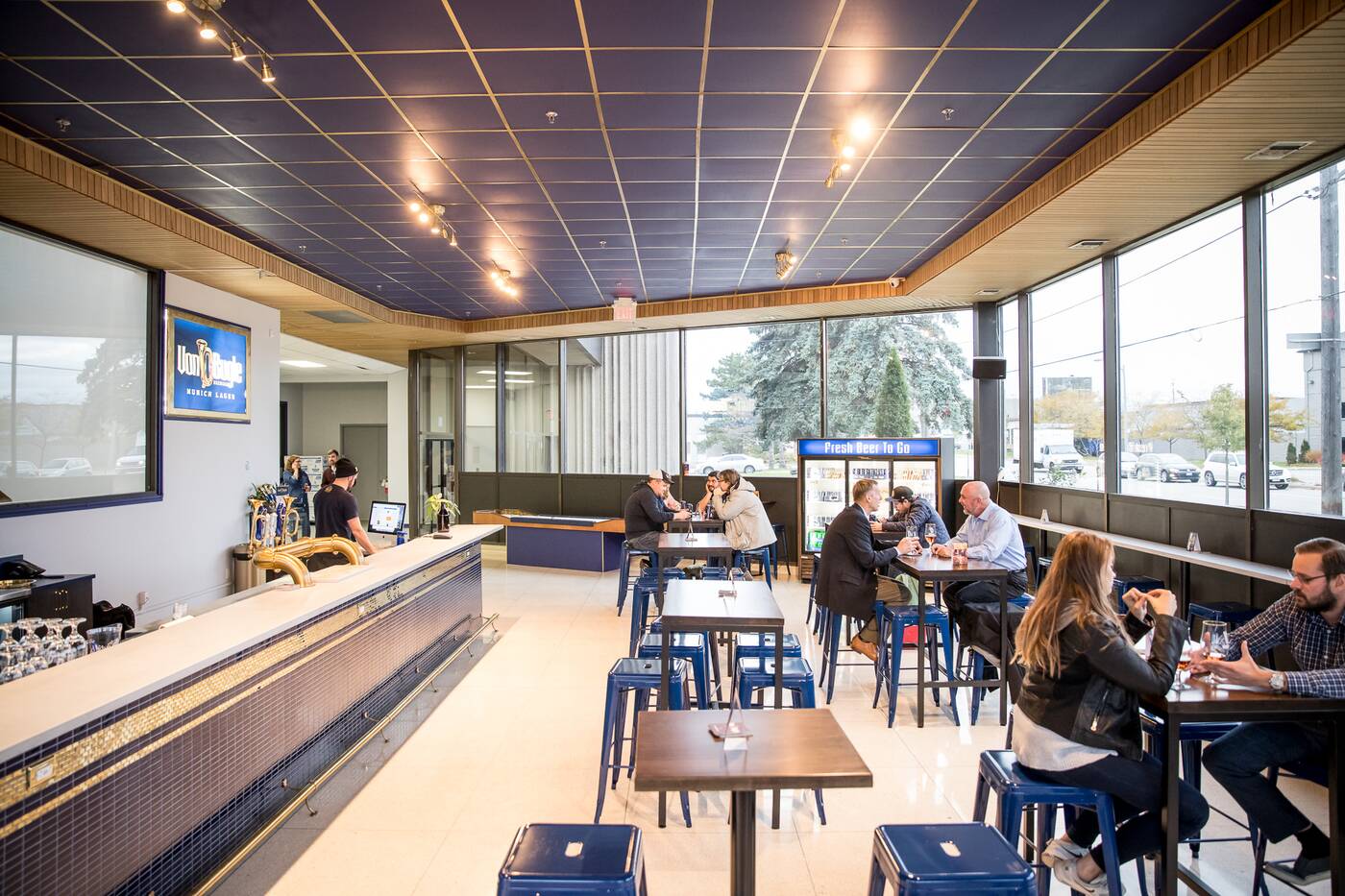 The tap room space is currently being used as a break room of sorts.

"The tap room itself is now being used as a large staff room for the Good Beer Folks who are working at the facility. They'll be able to better utilize the space when COVID restrictions die down," says Gleed.

"Obviously when COVID hit back in March, the tap room closed to the public but the official decision to close was made sometime in the summer."

Although you'll no longer be able to play shuffleboard and either pick up a case or sample a pint of Von Bugle at the former retail location, Steam Whistle still has big plans for their other spots.

"We are hoping to launch our outdoor dining experience, perfect for the winter, when safe and legal to do so, offering guests a private wood-fired grill dining experience for four to six people," says Gleed.

Wood-fire grill dinners with friends out in public feel like they're a long way off right now, but let thoughts of a warm and cozy future dinner date ease the pain of the loss of the Von Bugle bottle shop.