You've likely heard of "ghost kitchens" — delivery-only operations without brick-and-mortar dining rooms that often don't even exist outside of an Uber Eats profile — but parking lot ghost kitchens are something else entirely.

Unlike traditional ghost kitchens, which existed long before the pandemic and often involve one facility preparing food for multiple brands to sell via food delivery apps, parking lot ghost kitchens are dedicated to just one thing.

In the case of the ghost kitchen that just popped up in the parking lot at 325 Front St., that thing is Wendy's.

As designed by a Miami-based startup called Reef Technology, the concept is more "food truck-meets-portable pop-meets-delivery distro centre" than anything else, but it works.

Reef, which bills itself as "the largest operator of neighbourhood kitchen and logistics hubs in North America," recently partnered with Wendy's Restaurants Canada to launch the new square hamburger and frosty outpost.

This is the first of several neighbourhood kitchens that the iconic fast food brand says it eventually plans to open across Canada. 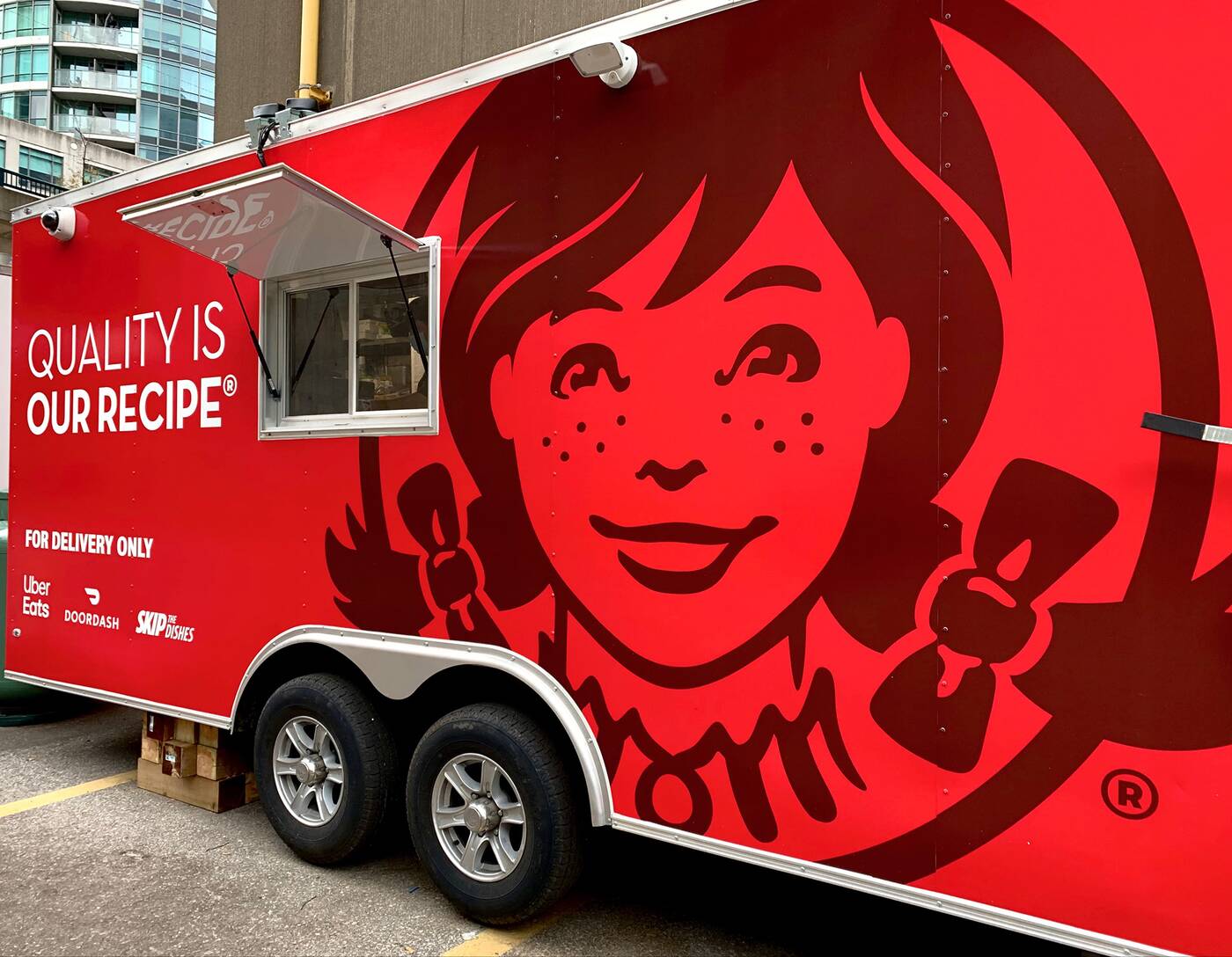 "Building a brick and mortar restaurant in every neighbourhood across Toronto may not always be possible," said Wendy's VP of global development, Stephen Piacentini, in a release announcing the news on Wednesday.

"By partnering with companies like Reef, we can bring Wendy's into dense, urban areas without the overhead of operating a traditional restaurant space."

It's true that, while ubiquitous in smaller blue collar cities, Wendy's restaurants aren't very plentiful in Toronto. Thanks to this partnership, people in the downtown core can now get spicy chicken sandwiches delivered fast.

"This move is the first of several to come, as ghost kitchens are an important component of Wendy's non-traditional growth strategy," said Reef, which used to be called ParkJockey and specializes in "transforming underutilized urban spaces into neighborhood hubs that connect people to locally curated goods, services, and experiences."

While newer to Canada, these bare-bones, kitchen-only digital restaurants have been gaining serious momentum south of the border lately.

Chipotle is set to unveil its first ever ghost kitchen in New York later this week, and Reef has already partnered with David Chang to build delivery-only kitchens for his fast-casual chicken spot Fuku.

By many accounts, ghost kitchens are the future of the restaurant industry. Whether that's true or not, there's certainly a strong business case to be made for the burgeoning model.