Toronto is getting a community kitchen for 100 new food businesses

Kitchen spaces in Toronto are in hot demand these days.

Amidst the pandemic, paying hefty rents for a restaurant just isn't feasible for many budding food brands (as seen by the scores of Toronto restaurants that have folded since the beginning of the pandemic due to financial hardship.)

Instead, they're turning to cloud kitchens, also known as ghost kitchens: a single space that pumps out takeout and delivery orders from multiple menus.

Businesses don't need to worry about managing a full restaurant that — as of right now — guests can't even sit inside.

Kitchen24, the massive food incubator in North York, is easily one of the biggest cloud kitchens in Toronto. It's been around for two years, but before the end of 2020, it's about to get even bigger.

The 35,000-square-foot commercial kitchen, which is currently host to about 45 chefs, caterers, and food entrepreneurs working out of the space, is now in the process of expanding to 50,000 square-feet as part of its new project: Cloud Kitchen 24. 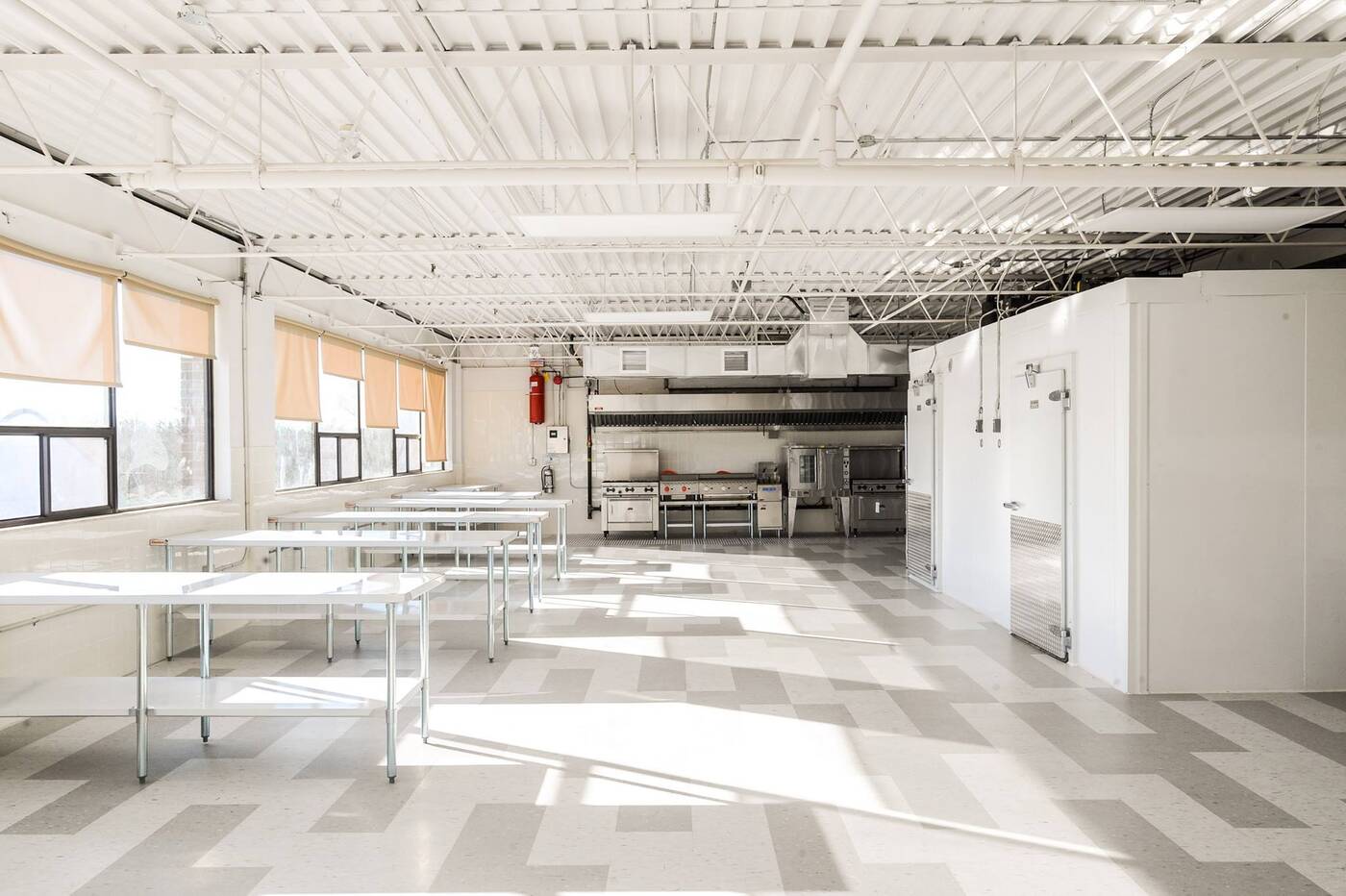 According to founder Steve Kidron, the space will have 100 "virtual restaurants" working under its roof in a few months' time.

"That’s the future," says Kidron. "The new concept is to take the cloud kitchen to the next level."

Unlike other ghost kitchens, which have one designated team roughing it out in the back, cooking delivery orders from a slew of different brands, Cloud Kitchen 24 is spacious enough to accommodate 100 separate chefs, each with their own cooking stations.

Kidron says PPE will, of course, be mandatory, but emphasizes that the conditions inside the retrofitted factory with 20-foot ceilings will be a far safer environment than other cramped spaces.

The virtual kitchens won't be on any food delivery platforms, either, meaning no crowds of delivery people waiting outside the North York space.

Instead, participants will be on Cloud Kitchen 24's own service, which will require people to order at least a day in advance for quality control.

Brands will be able to operate their own menus, but will also be able to collaborate with neighbouring chefs, or be part of larger menus that incorporate something from everyone.

It's less methodical and more about building the brand while saving on rent, which Kidron says is increasingly difficult for budding entrepreneurs doing the pandemic.

"I'm a person that no one ever gave [a chance to] in my life. I created the platform to give people more chances. I believe that anyone can be successful if you give them the right tools."

He describes it as a "boutique-style, gourmet-style, cloud", and says the hundred businesses will be a curated selection of brands.

Kitchen24, which has been active during lockdown donating thousands of meals a day to charity, is now accepting applications for Cloud Kitchen 24, and is holding a job fair in August.