Blood Brothers has just released its first seltzer and it's great.

Disclosure, there's bias here. The brewery's new Holy Ghost Seltzer is a blogTO collab, born from a conversation around the summer's buzziest low-cal booze and why the heck it's become so popular. 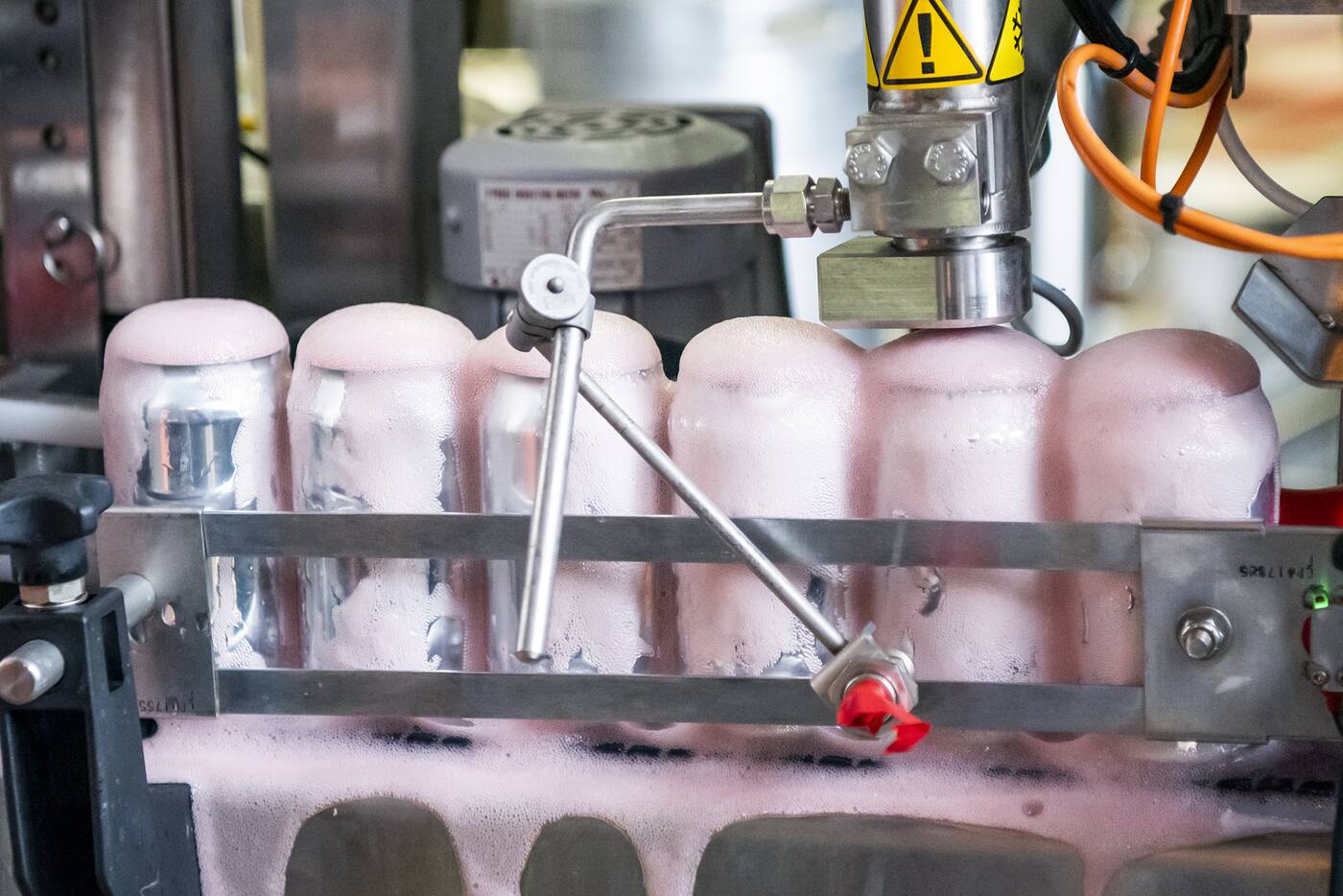 About the drink: it's a 335 mL can of seltzer, 5% alcohol, $3 a can. Dextrose sugar is dry-fermented with champagne yeast. There's added raspberry and lime concentrate (30 litres of it in the batch), with no artificial flavours. 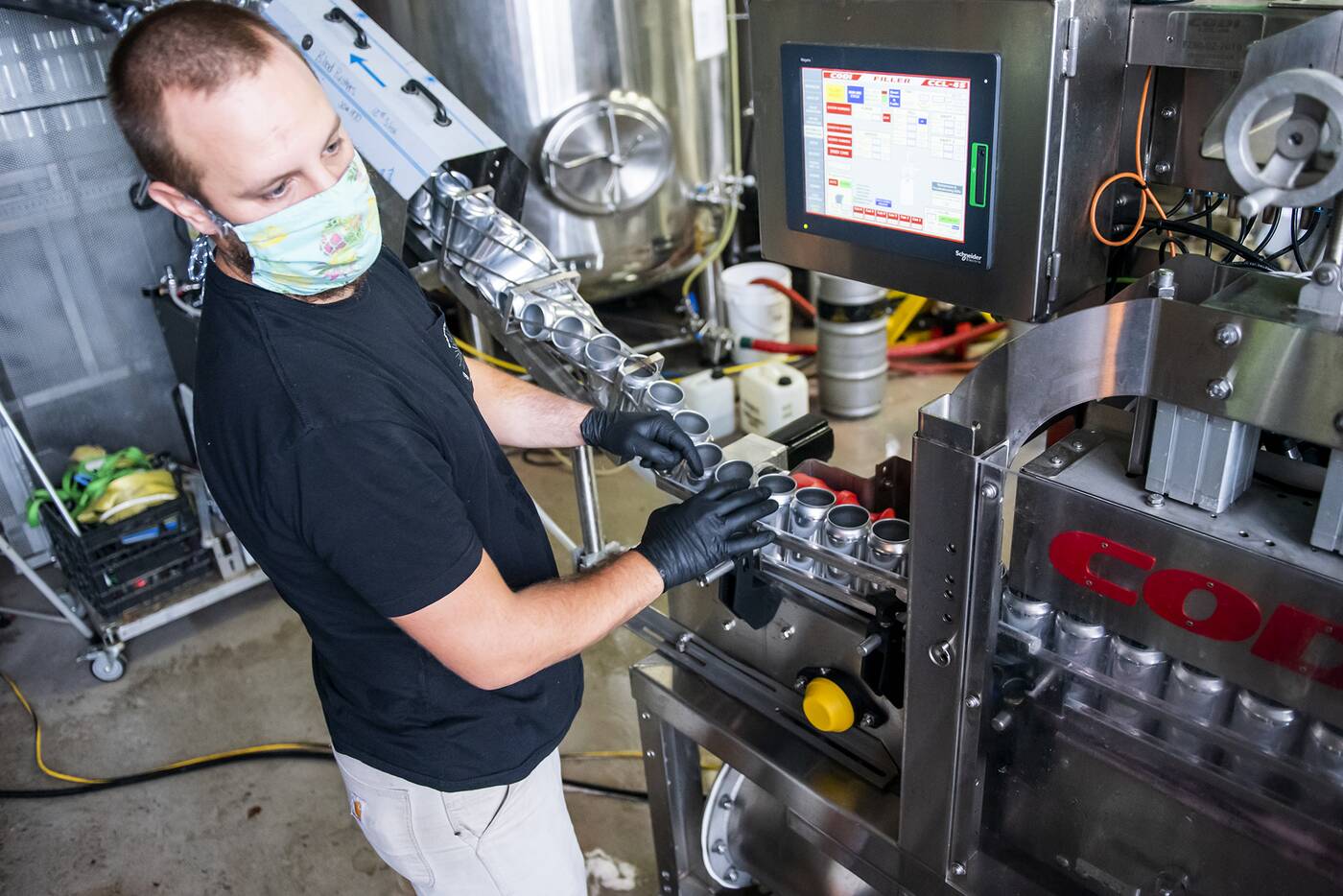 According to Blood Brothers' head brewer Patrick Howell, the team had no idea what they were doing when they made their first batch, which ended up being "undrinkably sour." 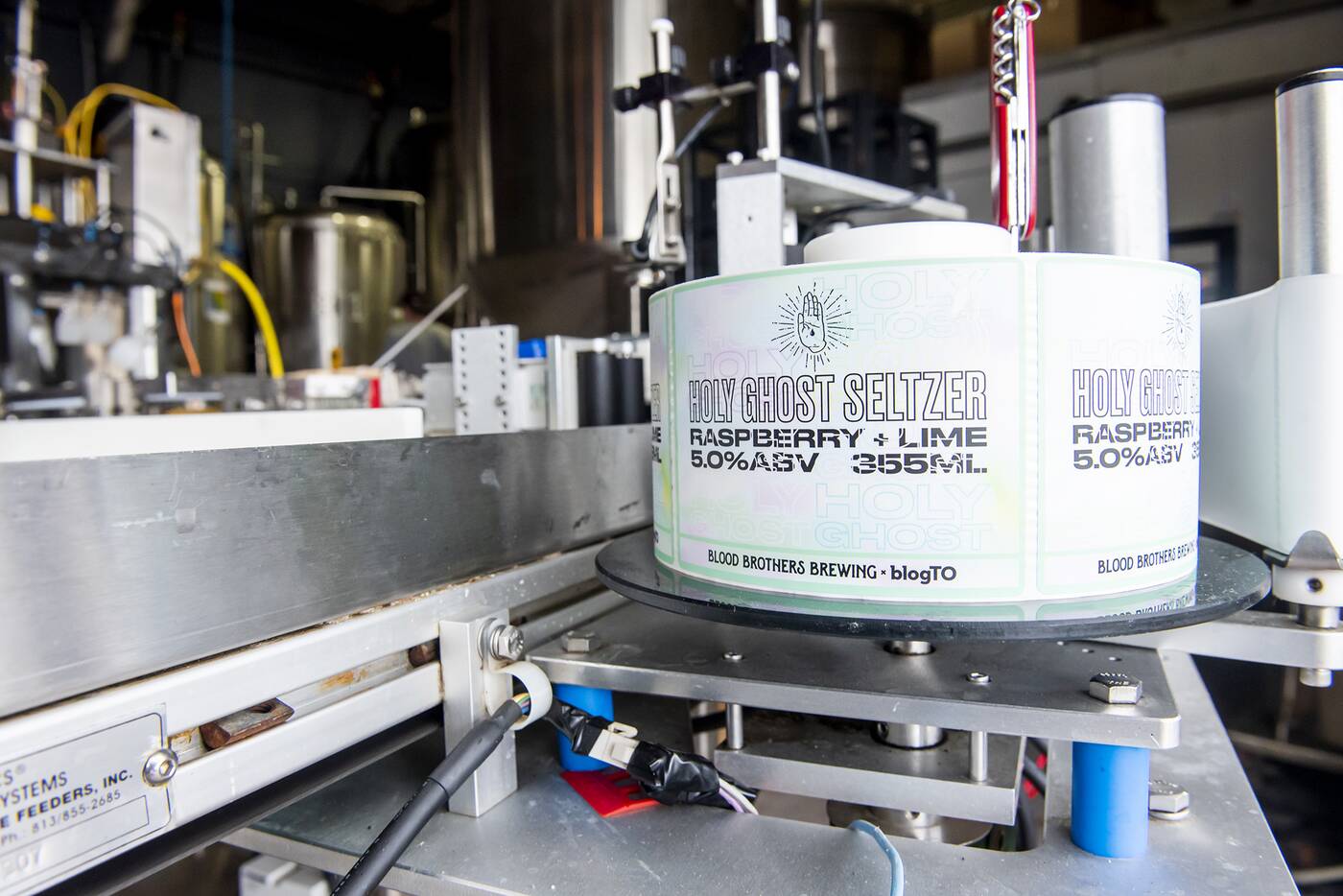 This most recent 1,000-litre batch, which is canned and ready to pour on the brewery's taps, is light, fizzy, and crushable: a large reason why seltzers are so attractive at all. 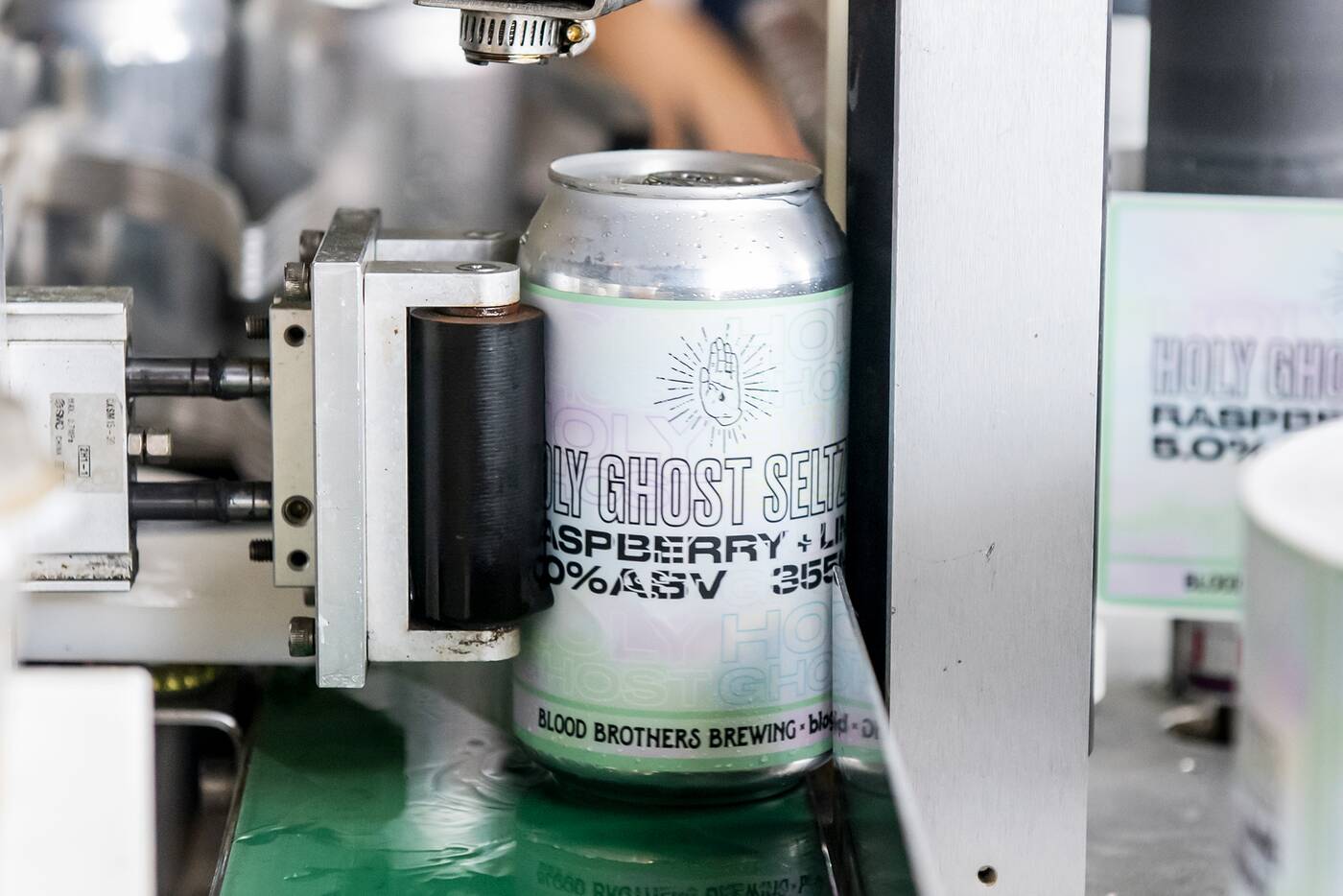 Aside from the zero-sugar content, hard seltzers and companies like White Claw, Truly, and other big band-wagonners like Corona and Smirnoff, have lured in drinkers with a mix of heavy marketing and day drinking appeal. 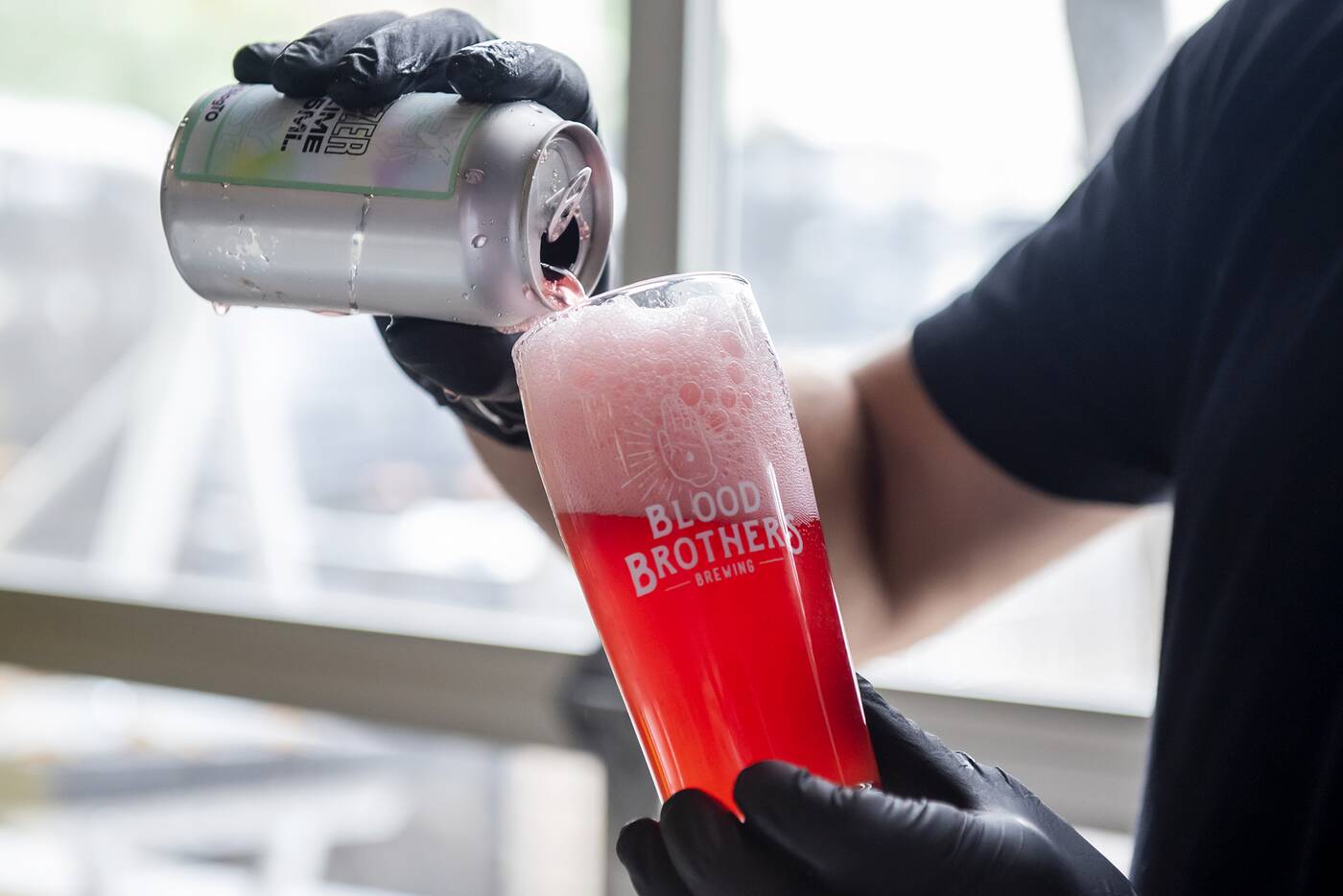 "It's a time and a place type of thing," says Howell. And with the advent of the pandemic and park hangs becoming the social gathering of choice, Howell says the seltzer industry has found a pretty permanent place in the market.

"A lot of people have jumped on it," he says. "It's a zero calories type of drink that's not vodka. It's more accessible." 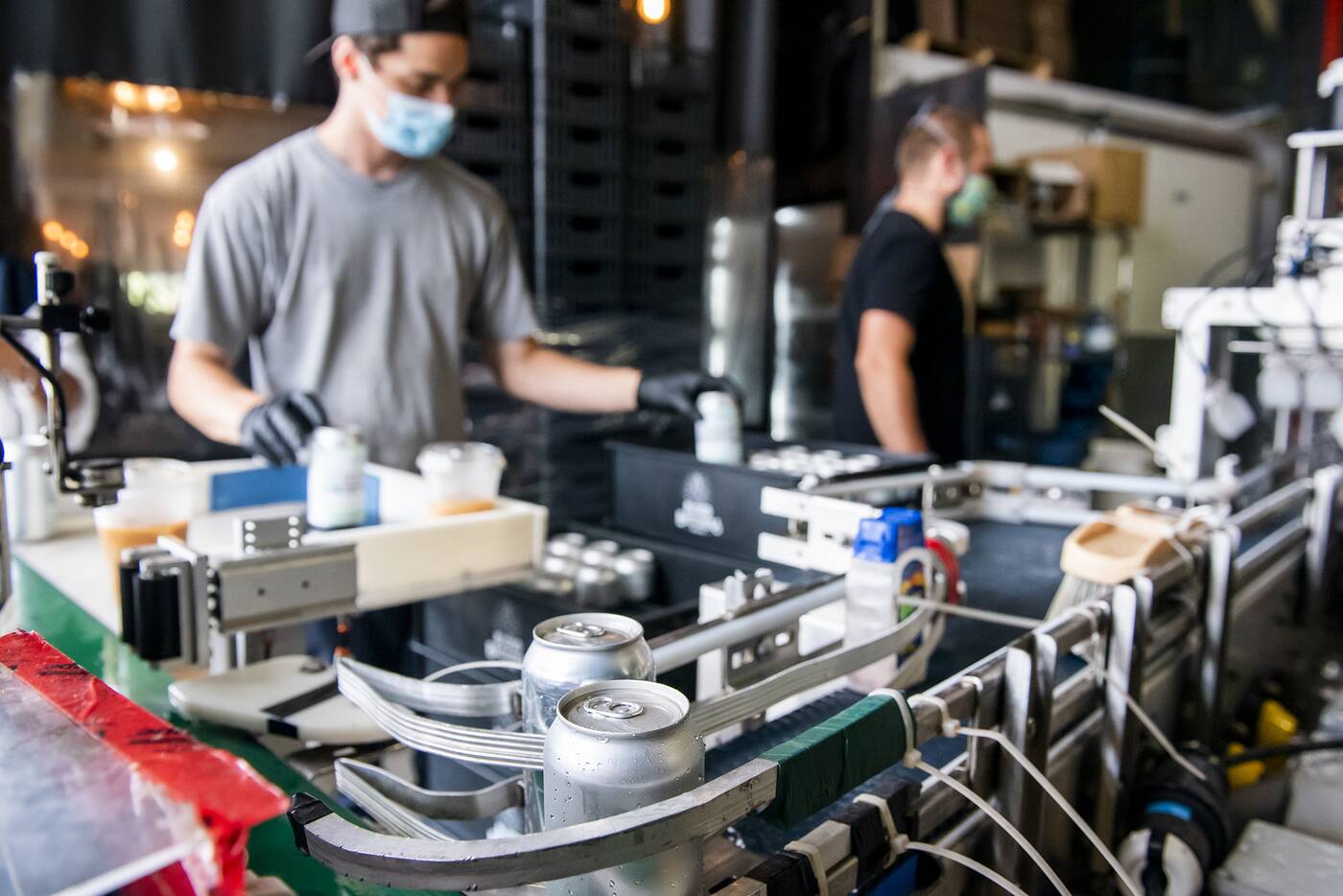 It's also a pretty cheap product to make, and hands-off when it comes to the brewing process, compared to other beverages with more nutrient-rich fermentation processes.

You can get a can of the Holy Ghost Seltzer at the Blood Brothers shop, on tap, and at their online store. 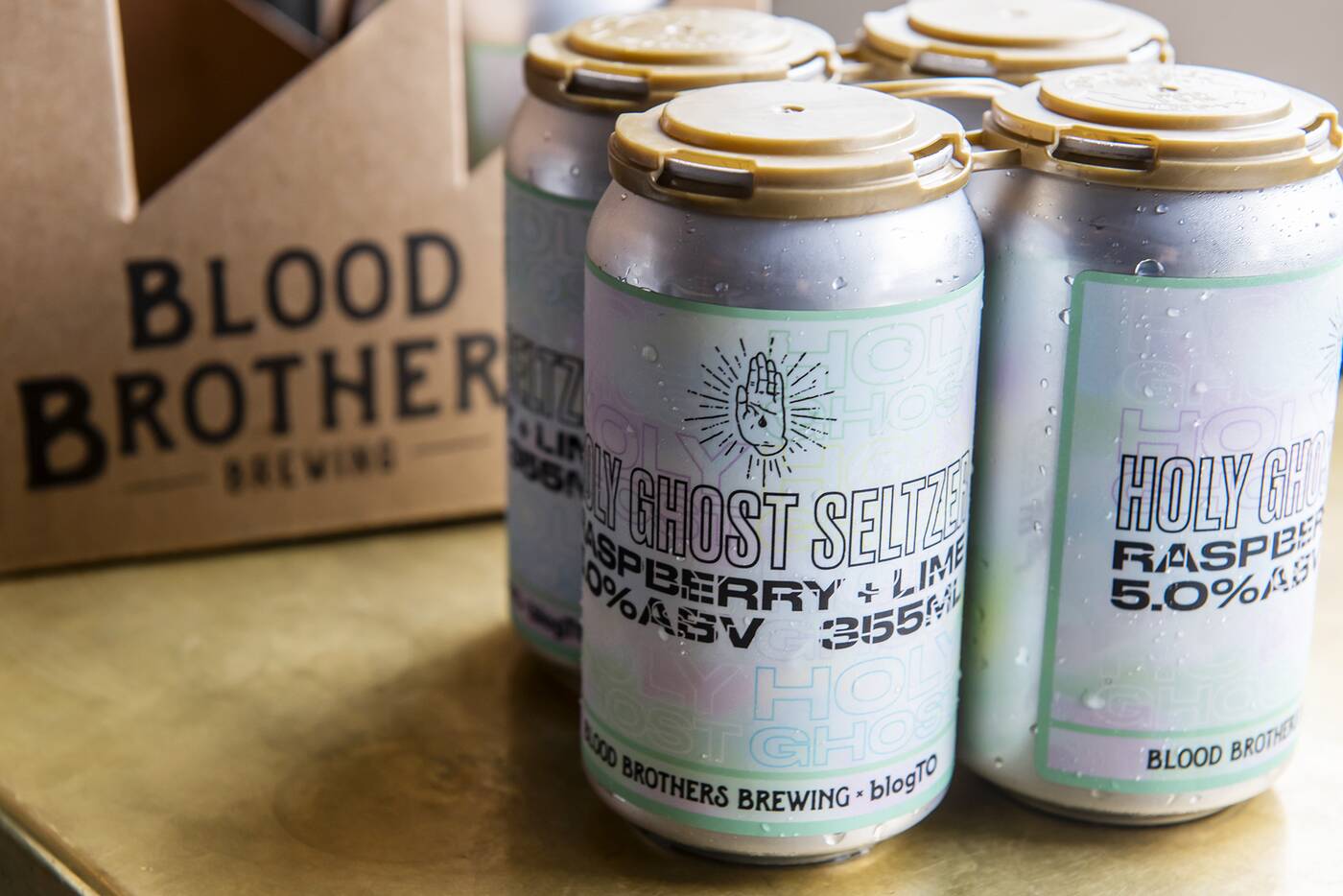