A Toronto restaurant has been shut down after failing its Public Health inspection.

According to the DineSafe report, Daoming Food (or Daomin Food, according to its sign) has been closed since Monday after being written up for a total of 10 infractions. 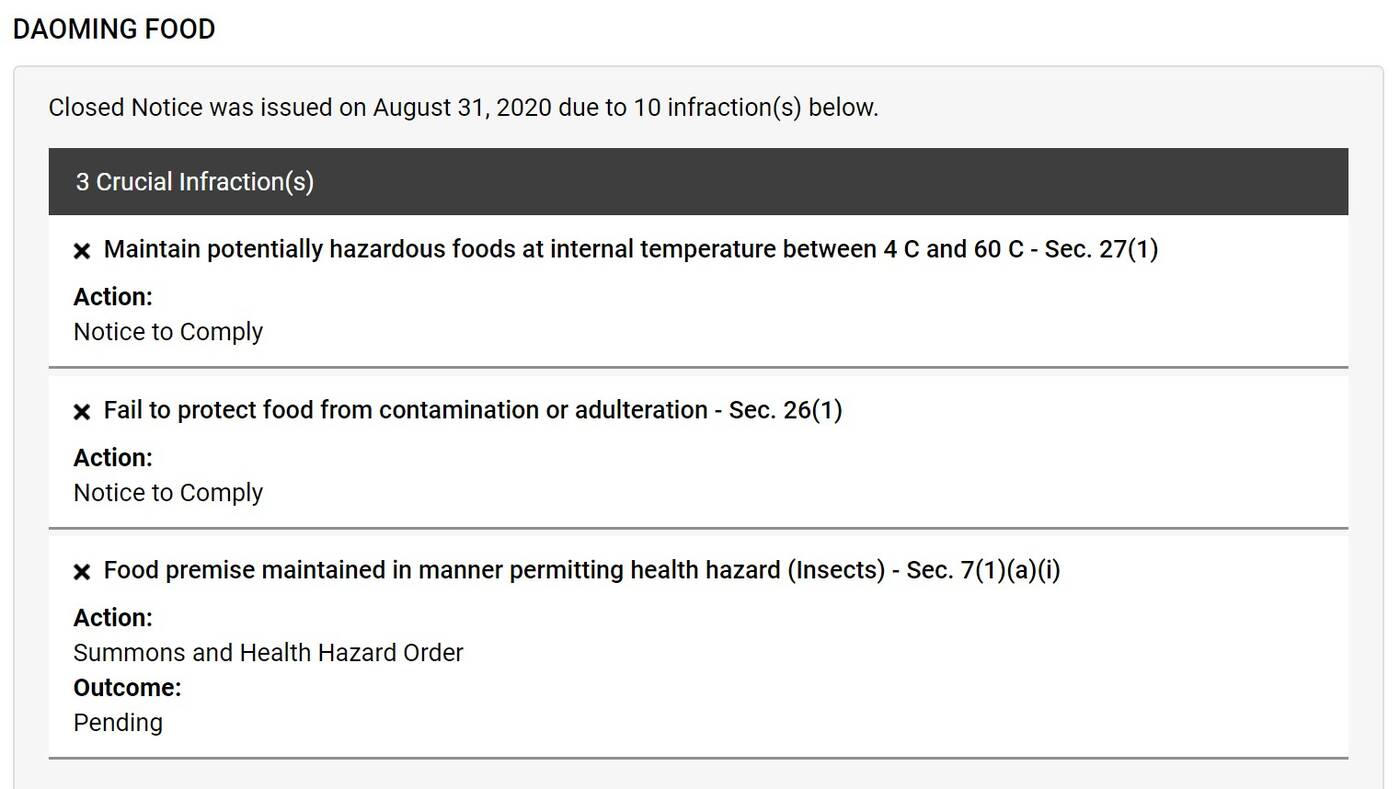 Daoming Food has been shut down by DineSafe for failing its health inspection. Photo via DineSafe.

The most minor infraction for the Yonge Street restaurant was failing to maintain the food handling area in a sanitary condition.

But the crucial infractions which warranted Daoming the red card included maintaining potentially hazardous foods at the wrong temperatures and failing to protect food from contamination. 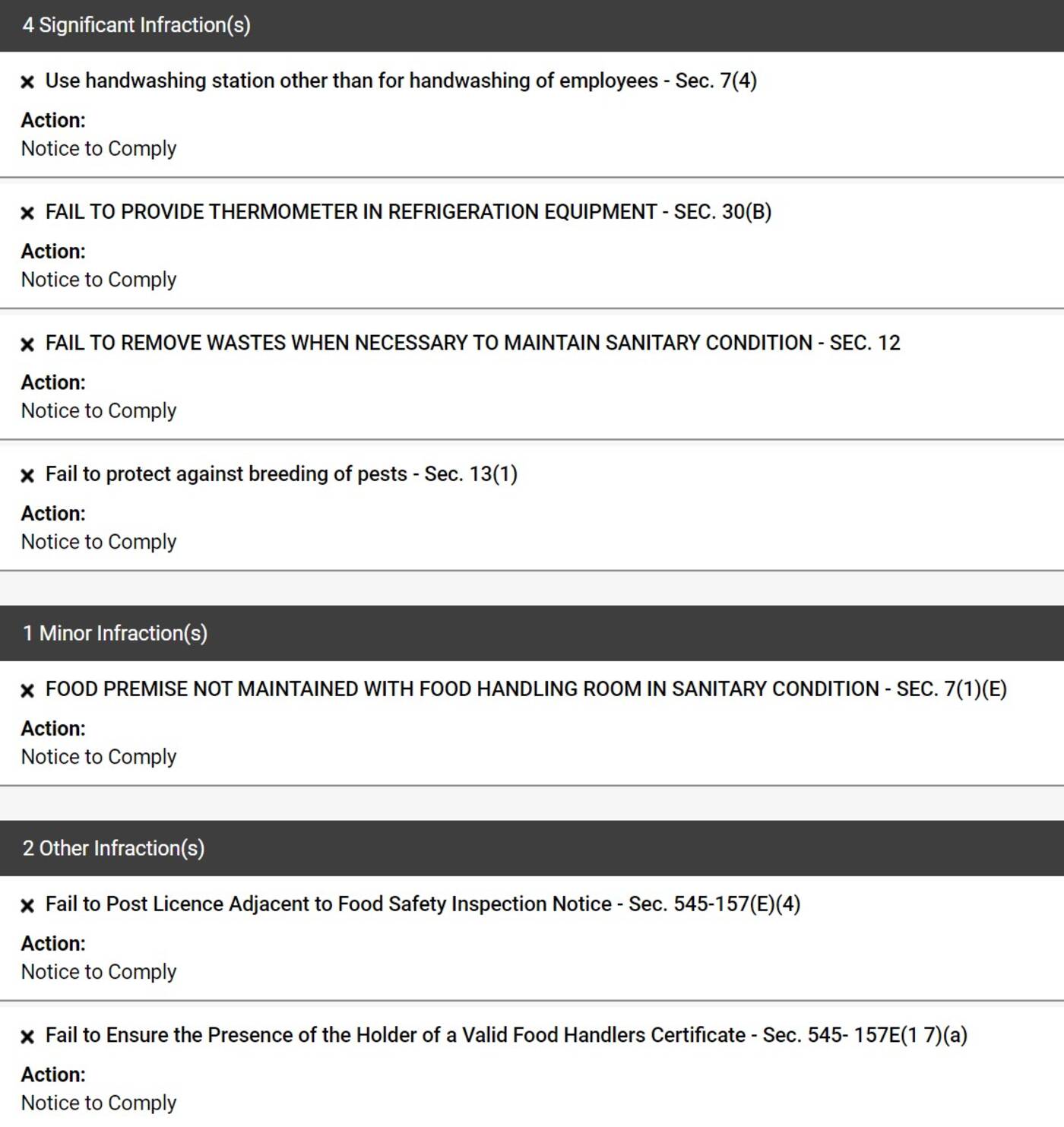 Daoming Food had a total of 10 infractions, ranging from crucial to minor. Photo via DineSafe.

They were also found guilty of maintaining the food premise in a manner permitting insects — though the status of that infraction is currently pending.

DineSafe inspections resumed in Toronto several weeks as Stage 3 of Ontario's reopening plan launched in the city, with Shabestan Cafe marking one of the first health inspection shutdowns since the beginning of lockdown.