The owner of a popular bakery in Toronto says she's been forced to close her business — not to enforce social distancing during Ontario's state of emergency, but because of something she calls the "construction virus".

Amra Forto, who has been running AF Home Bakery for 11 years, announced last week that her store has closed until further notice.

The Etobicoke staple had managed to stay open since the beginning of the pandemic, offering takeout orders from its hot counter and freshly baked bread and desserts.

But Forto says that major work being done at the intersections of Dundas, Bloor, and Kipling as part of the Six Points Interchange Reconfiguration has eliminated parking, blocked the bakery's main entrance, and left its windows coated in dust. 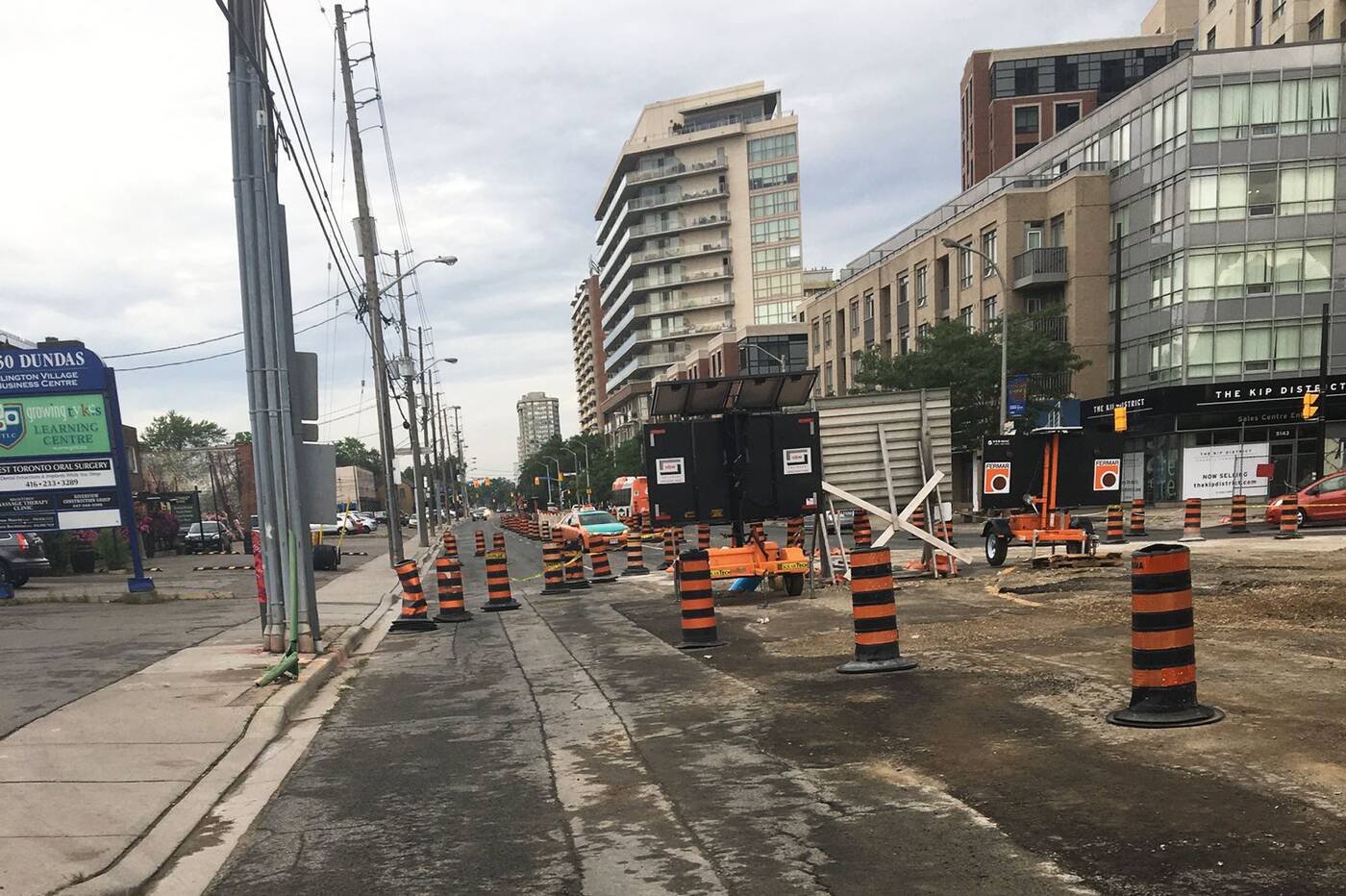 Similar to complaints from businesses in Little Jamaica and Eglinton West, which line the construction of the Eglinton LRT, some shops in Six Points says they've been rendered inaccessible to customers at the height of a health crisis, where food industry jobs have been among the hardest hit.

The Six Points construction began in June 2018 as part of a major overhaul that, when complete, will see added roads, boulevards, street furniture, better access to Kipling station, and bike lanes in Etobicoke's main drag.

"The city has worked on this plan for ten years. It is extremely poorly organized and has affected me the most," said Forto in a Facebook post.

She also goes on to highlight a number of grievances with Councillor Mark Grimes' office, and the project's Field Ambassador, including being refused meetings with the councillor.

"During this time, not one person from the city has taken the time to follow up with me or any other small business in the area. This is not acceptable."

As of April 14, Forto says she has not received a sign she requested from Councillor Mark Grimes' office eight months ago, which would re-direct customers through construction to AF Home Bakery.

But according to Councilllor Grimes, one of his staff members has done "regular site checks."

"We installed signs specifically for AF Bakery, to let people know they were open," said Grimes. "We even hand delivered construction notices to AF Bakery when we heard Amra didn't receive them."

Though the bakery is closed for walk-in orders, a sign on the door says that Forto will continue to offer catering services during this time.