One of Toronto's favourite sushi burrito joints shut down by landlord

Could Toronto's sushi burrito trend be on its way out?

Su & Bu at Queen and John is closed, the victim of a termination notice posted on their door on February 11 for failure to pay rent. The place was known for their wacky sushi burrito and sushi burger creations. 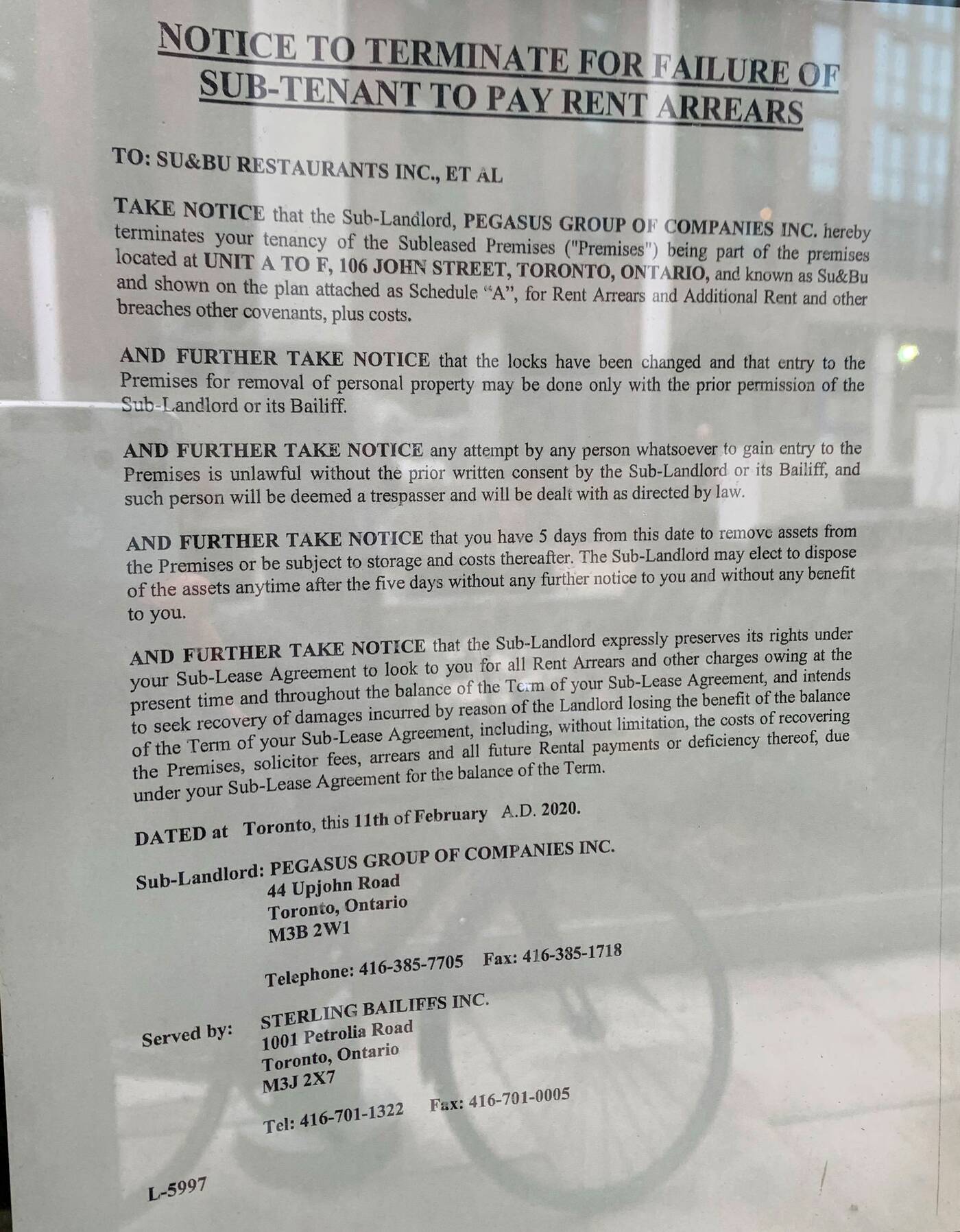 The local chain still has several other locations open, including ones in the PATH, on Bathurst, at Square One and at Upper Canada Mall.

Su & Bu could not be reached for comment as to why the John location had closed, or whether the other locations are remaining open.

Even if the end is nigh for the sushi burrito craze, for now you can still get sushi rolls as big as your forearm at places like Rolltation. 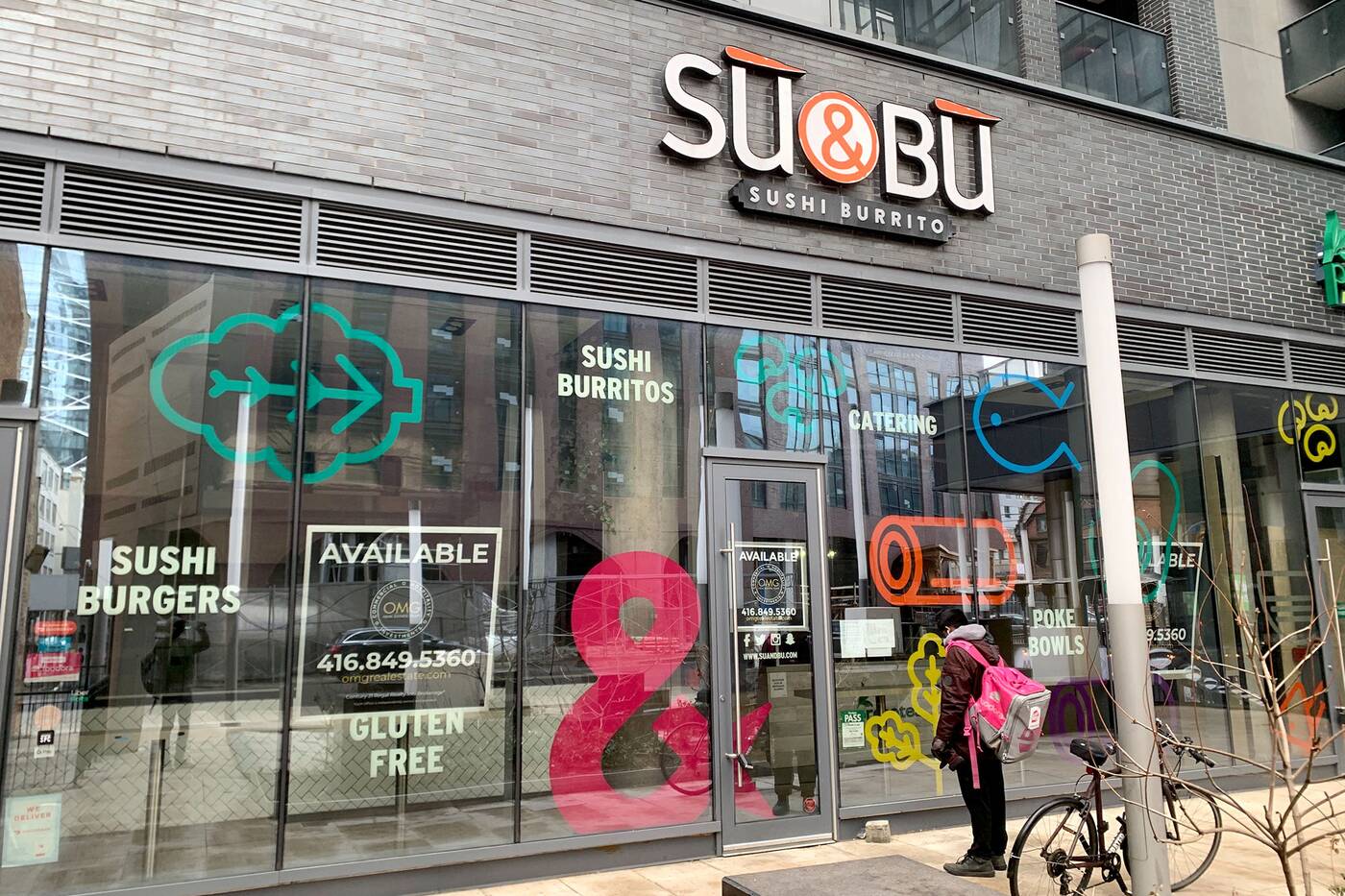