A Markham restaurant that shares the name of the Chinese city where the novel coronavirus outbreak began in December has been experiencing dwindling business, prank calls, racist attacks and more as fears surrounding the illness heighten.

Wuhan Noodle 1950 in Markham was the unfortunate subject of a mocking post on 6ixbuzz, which showed a photo of a sign from a now-shuttered Finch Avenue location with the text "@ 'W' Must Order Lunch Here" over top. 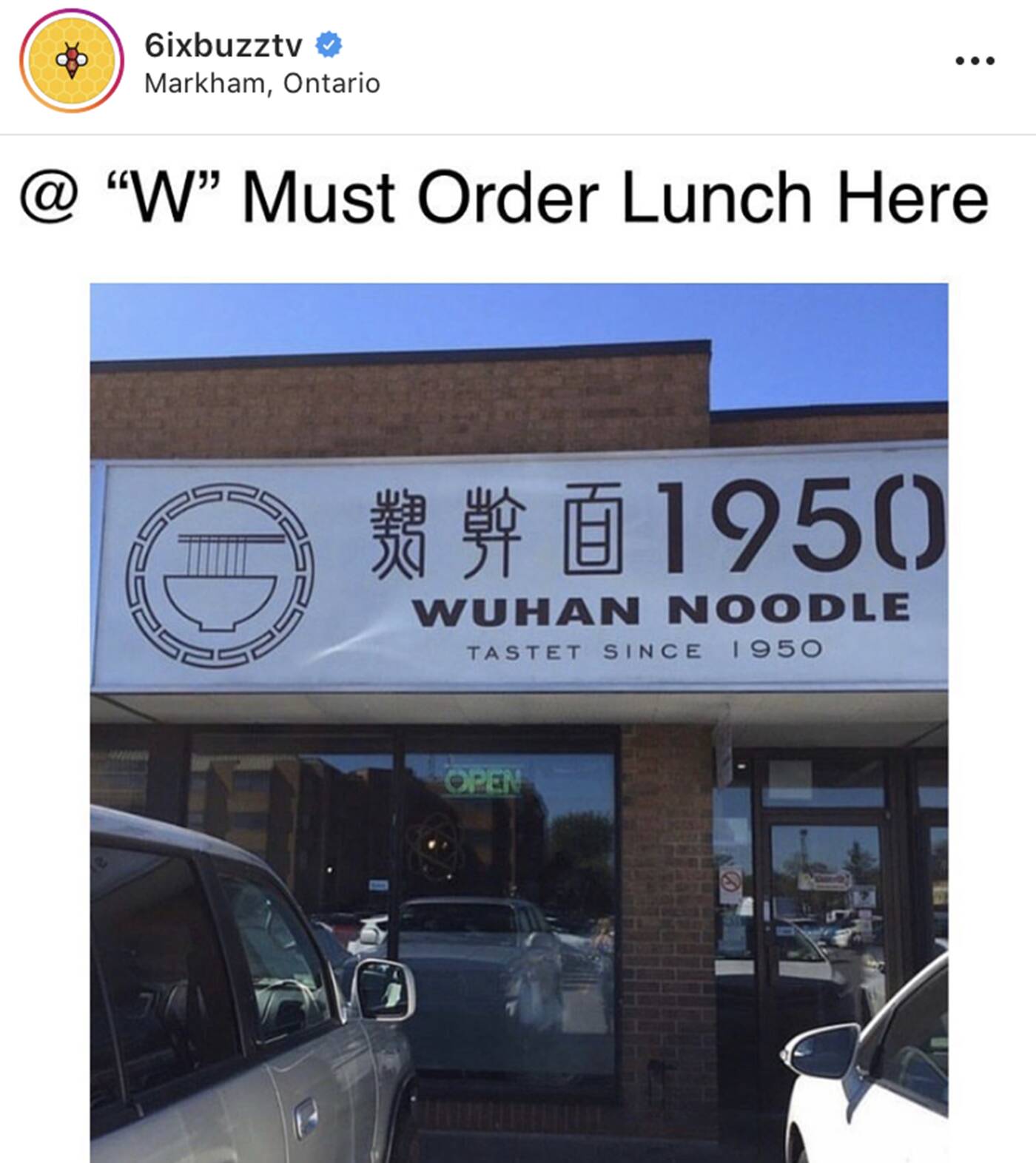 Many in the comments section of the post continued to poke fun at the restaurant, saying things like"ur finna catch sum corona wit dat noodle soup" and "I'll get da one orda of the bat soup and da orange chicken." (For the record, 2019-nCoV is not caused by the consumption of bat soup and Wuhan Noodle does not serve the dish.)

Others quickly pointed out how inappropriate the post is — especially for an account that thinks itself a news outlet of sorts and has 1.4 million followers.

"Stop sharing these lowkey racist and alarmist posts, are y'all gonna stop eating california rolls because someone got the virus in california? that's how dumb this sounds," one user said. Other comments included "Stop promoting racist thinking" and "Nah this is sad someone's losing their business over this."

Business down at Wuhan Noodle restaurant in Markham amid racism, #coronavirus fear. It was plainly baffling to see people make associations between the restaurant that serves food with locally produced ingredients and the disease — all because of its name. https://t.co/wV0A6ebrP9

Wuhan Noodle's owner told the Toronto Star that his business has lost two-thirds of its customers amid the panic the virus is causing.

He also said that the 6ixbuzz post isn't the only one that has targeted the restaurant brand in particular — a since-deleted video showed a resident approaching the restaurant with the caption "the Wuhan virus has spread to Markham."

Many other institutions in Toronto and the GTA, from malls to universities, have had to assert that there are no known cases of coronavirus among their staff or students amid swirling rumours that originated online.

The virus, now declared a global emergency, has prompted some overt racism against the Chinese community, particularly on social media.

While airlines all over the world are cancelling flights to China and citizens are generally becoming more alarmed, buying up face masks and hand sanitizer, SARS was far more fatal and the common flu poses a far greater risk — also usually caused by a type of coronavirus and fatal for tens of thousands of Canadians each year.

The stats for 2019-nC0V at the time of publication stand at 200 deaths — all of them within China — and approximately 9,800 confirmed cases, four of which are in Canada.