Chinatown's dim sum restaurant in the sky has been closed down by the city after failing to protect its restaurant from bugs.

Sky Dragon, the longtime restaurant sitting at the top of Dragon City Mall, has been closed since yesterday after failing its Public Health inspection.

According to the DineSafe report, the restaurant had a total of six infractions, three of which were crucial. 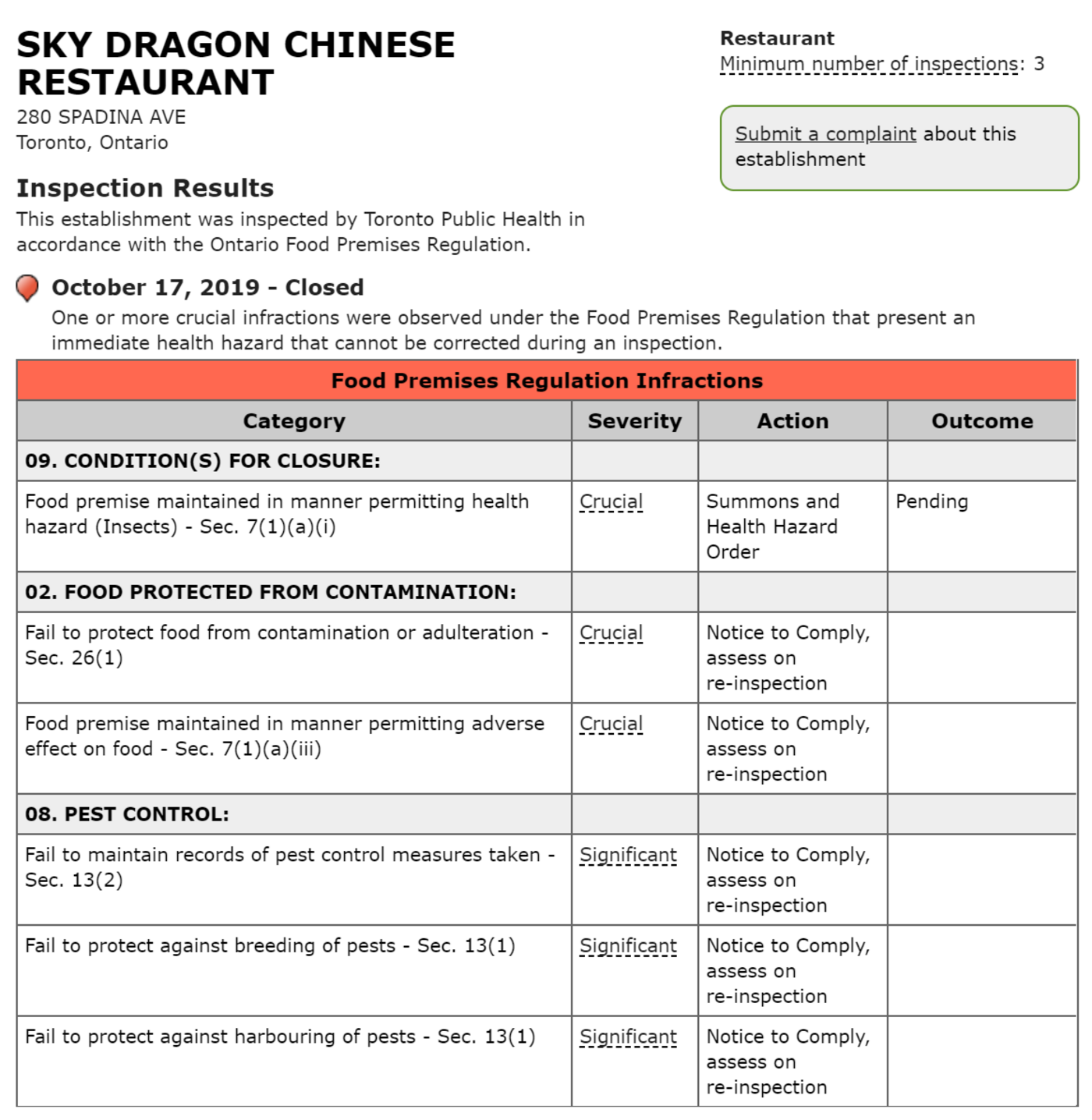 Less severe (but still bad) was Sky Dragon's failure to protect its premises from the breeding and harbouring of said insects.