There was no hate to be seen this morning as members of the Toronto community came out to support Soufi's restaurant as they reopened their doors following a disturbing week that included death threats against the West Queen West establishment's owners.

The Syrian restaurant announced on social media Wednesday that they would be shuttering for good due to "numerous hate messages and death threats" that put the safety of owner's family and staff in jeopardy.

The messages began after the owner's son was videotaped partaking in an aggressive Antifa protest at a Maxime Bernier event in Hamilton on September 29. 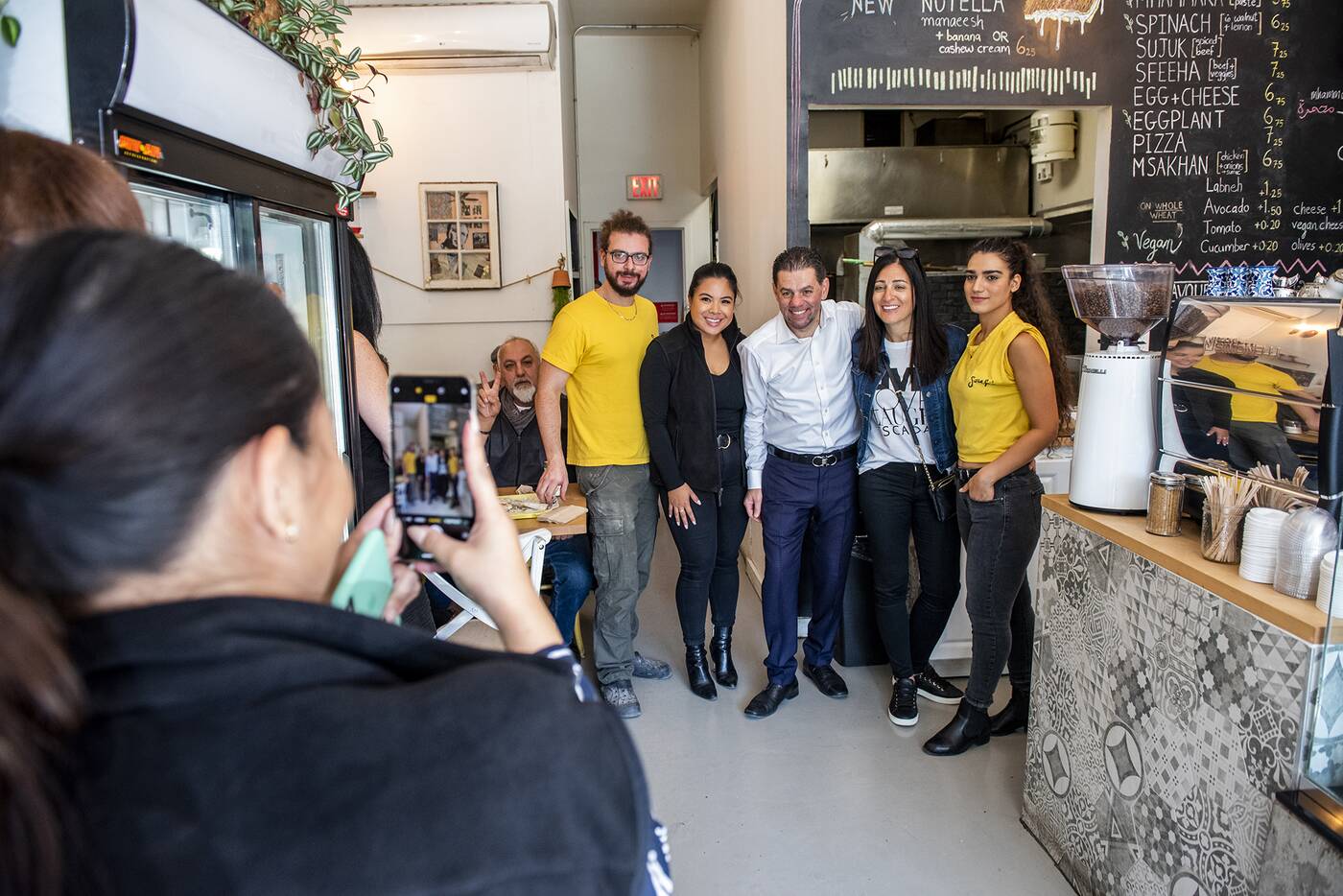 Mohamad Fakih from Paramount Fine Foods and staff from Soufi's were all smiles at the re-opening. Photo by Hector Vasquez.

Mohamad Fakih, founder and CEO of popular Middle Eastern food chain Paramount Fine Foods, was moved by the news of the restaurant's closure and offered to step in and pay for security to protect the Al-Soufi family and their employees, as well provide his own staff members to help out.

"Restaurants should not have to shut down because of hate or intimidation," Fakih told us at the Soufi's reopening. "We need to send a very strong message to the rest of the world that hate will not win in Canada. We will stand up against it, all of us."

Local residents echoed Fakih's sentiments as they waited outside for the business to reopen so they could extend their encouraging words and patronage.

We are so thankful that Soufi’s is reopening. Thank you #Toronto for showing your support. Syrian restaurant Soufi's to reopen Friday after closing due to hate messages, death threats https://t.co/B8me9MDemc

"We are absolutely here to support this business. The events of the last week have been awful," says local resident Melissa Milkie. "But I'm glad to know that Soufi's is going to be open and ideally supported in every way by the community." 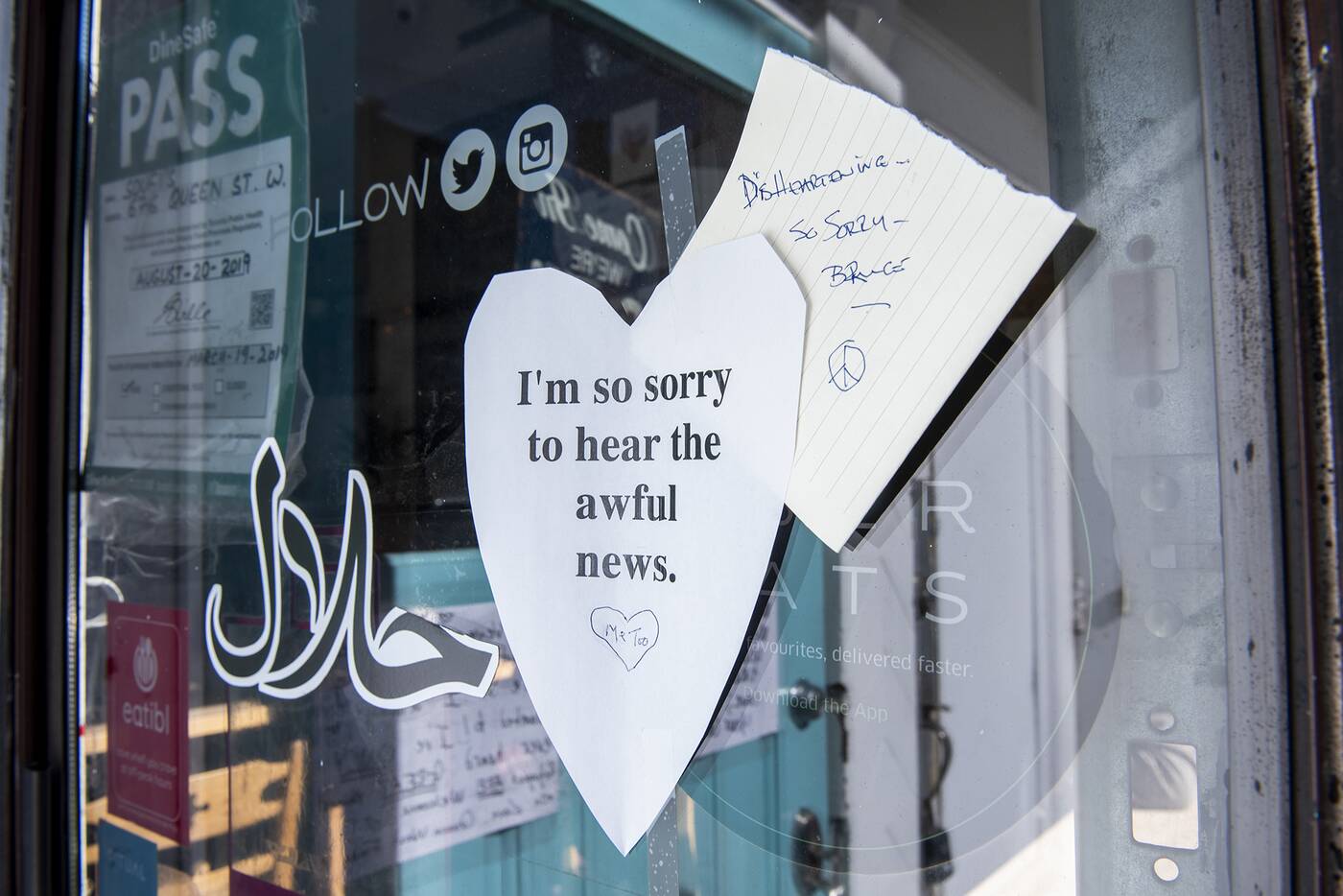 Messages posted by customers in support of Soufi's are still visible at the restaurant. Photos by Hector Vasquez.

Liberal MP Adam Vaughan, who is up for re-election in Spadina-Fort York, also came to show his support.

"To see them targeted with the kind of hate and the kind of vitriol that’s becoming far too common in the political discourse in this country scares me," Vaughan says. "Coming here today is one example of how we can help them feel safe and let them know that we’re friends here." 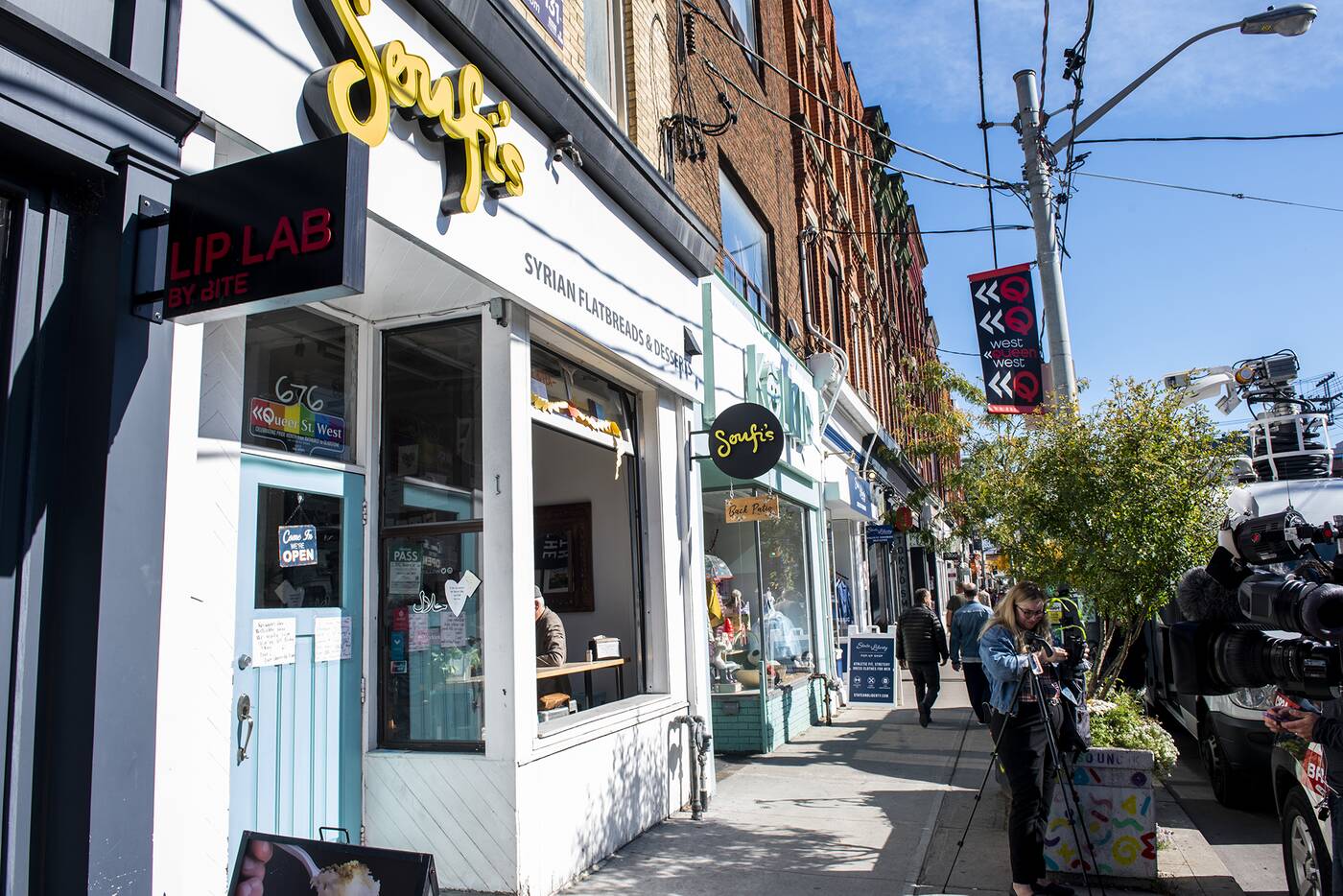