Regulars at one of the most popular Indian lunch buffets in Toronto won't be able to stuff their faces with all the butter chicken and naan they can eat today.

Little India near Osgoode station is always rammed during lunch hour when they have a flat-priced buffet, but they were shut down by health inspectors on October 8 for some violations. 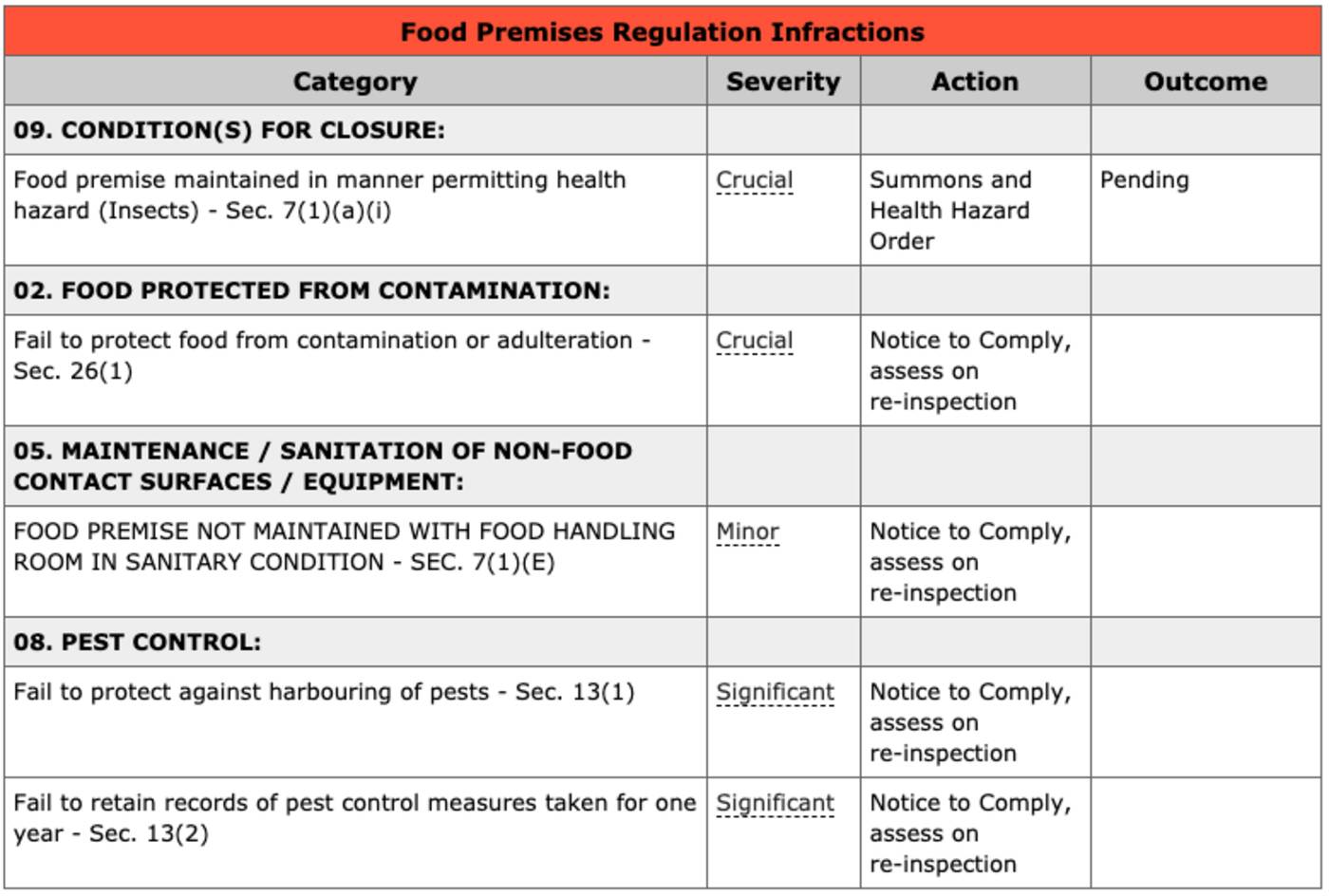 Two crucial infractions were observed: insects and failure to protect food from contamination.

There were also two significant infractions: pests and failure to retain record of pest control measures taken for one year.

A minor infraction dinged the restaurant for not maintaining sanitary conditions in the food handling room.

The restaurant that's been around for decades has received a pass for its recent inspections for years, but did receive a conditional pass back in August.