Chinatown's most famous upper-level pho restaurant has been shut down by health inspectors.

Xe Lua, better known as Pho Train (and home of the notorious pho fight from seven years ago) at 254 Spadina Ave., has been closed since Thursday after failing its Public Health inspection.

According to the DineSafe report, the restaurant had a total of six infractions. The most minor infraction was failing to protect the food against hair contamination (read: lack of snoods).

Other significant infractions included failing to protect against the harbouring of pests, and failing to clean equipment surfaces properly. 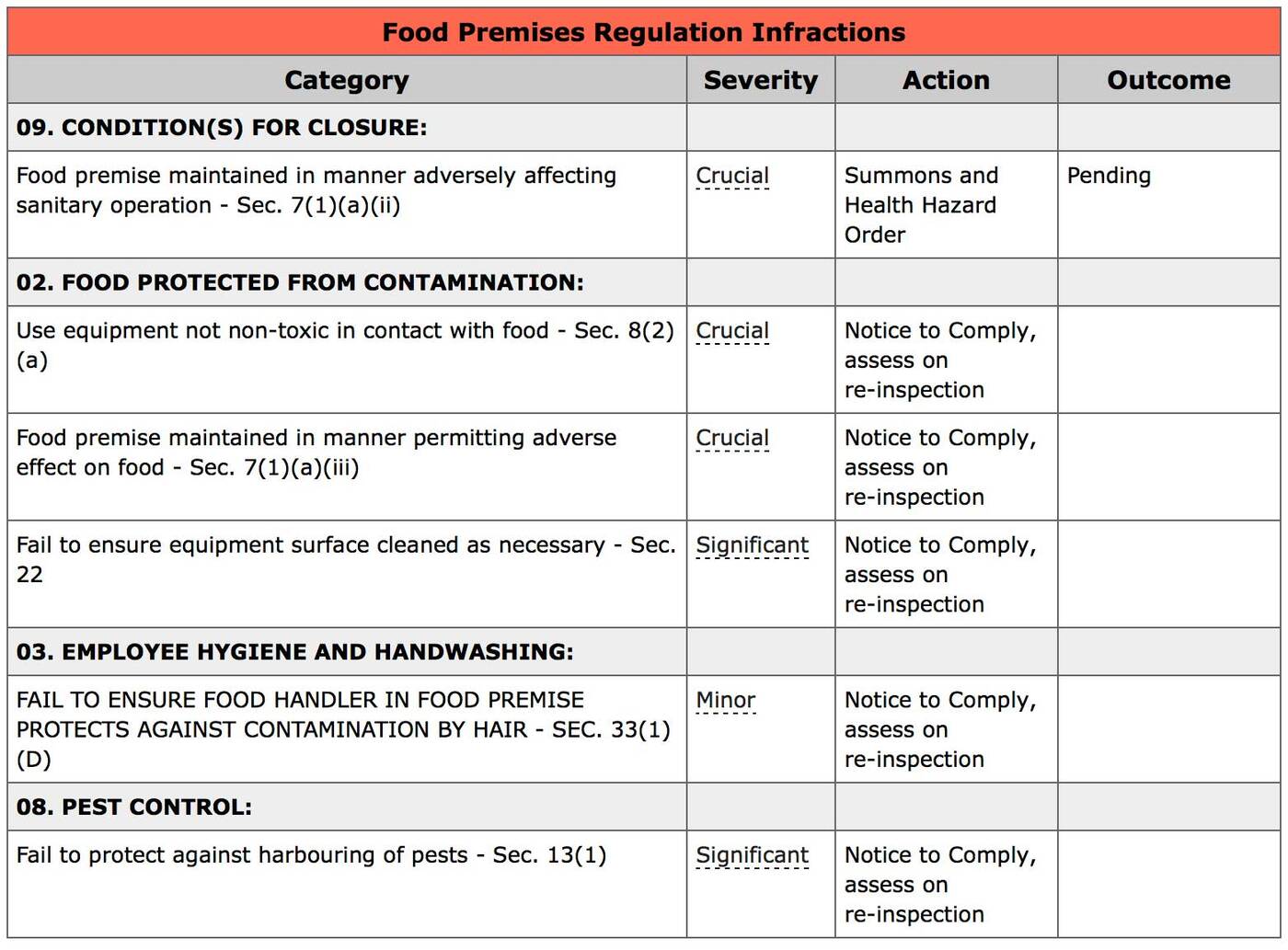 The inspection report details from September 19, 2019.

The three worst offences that warranted the red card, however, all had to do with the general premises being dirty and generally unkempt.

This is the first time Pho Train hasn't received a green pass in two years. It's unclear when the restaurant will re-open.