Lena’s Roti in Bramton is frying up delicious Trinidadian doubles and roti. This busy takeout spot is an outpost of Lena's chain, a family business that has been doling out doubles in the Toronto area for 15 years.

The original Lena's has moved to Ajax (though you'll find Lena's daughter working behind the counter at both) but each of the stores are independently owned, meaning the recipes vary per shop. 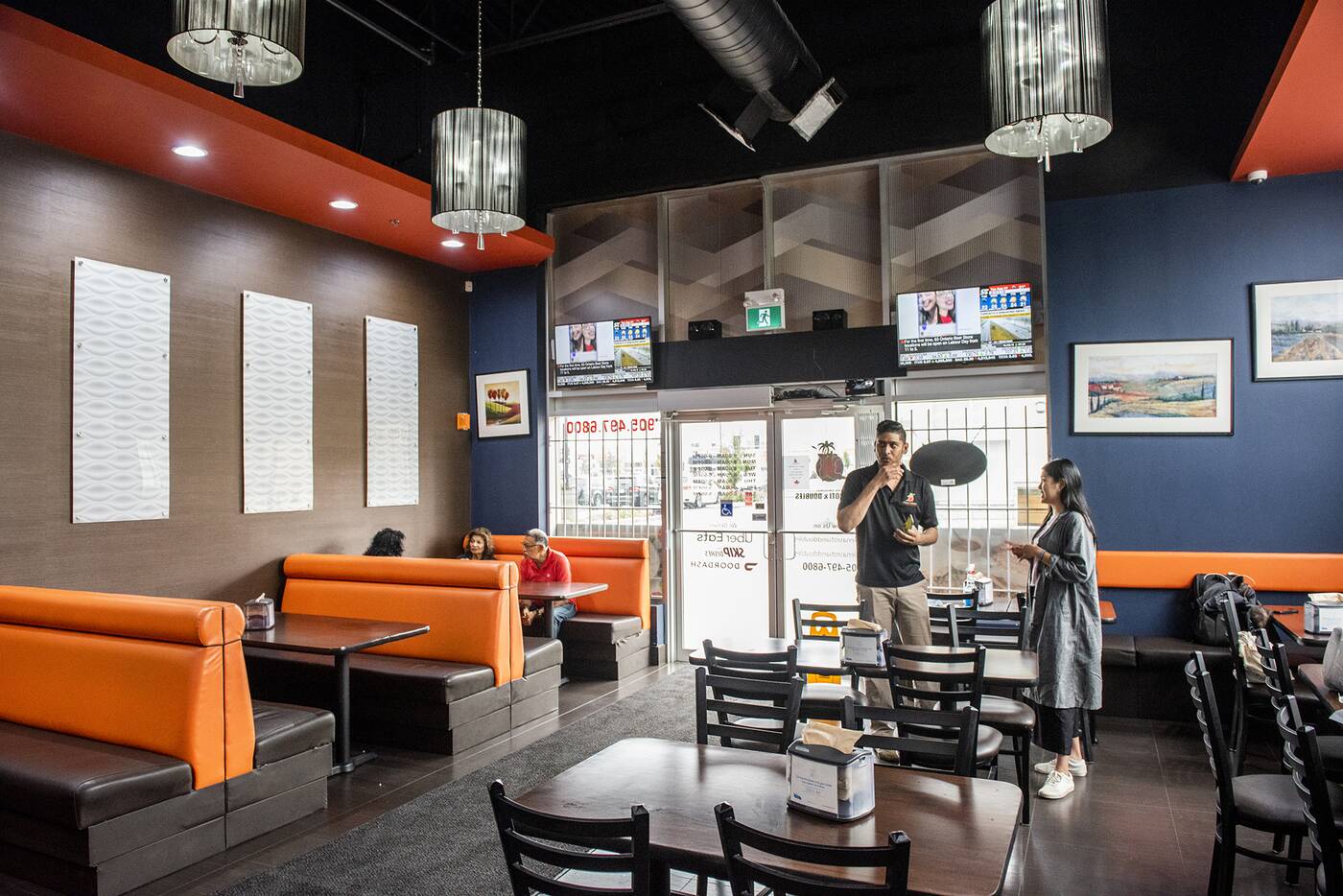 This version is poised to become a bastion for Caribbean eats.

Owners Christopher Nath and Nerissa Gilbert-Nath, tiring of their corporate jobs, took over the store in early 2019, and have grown to making 600 doubles daily, and around 1,800 per day on the weekends. 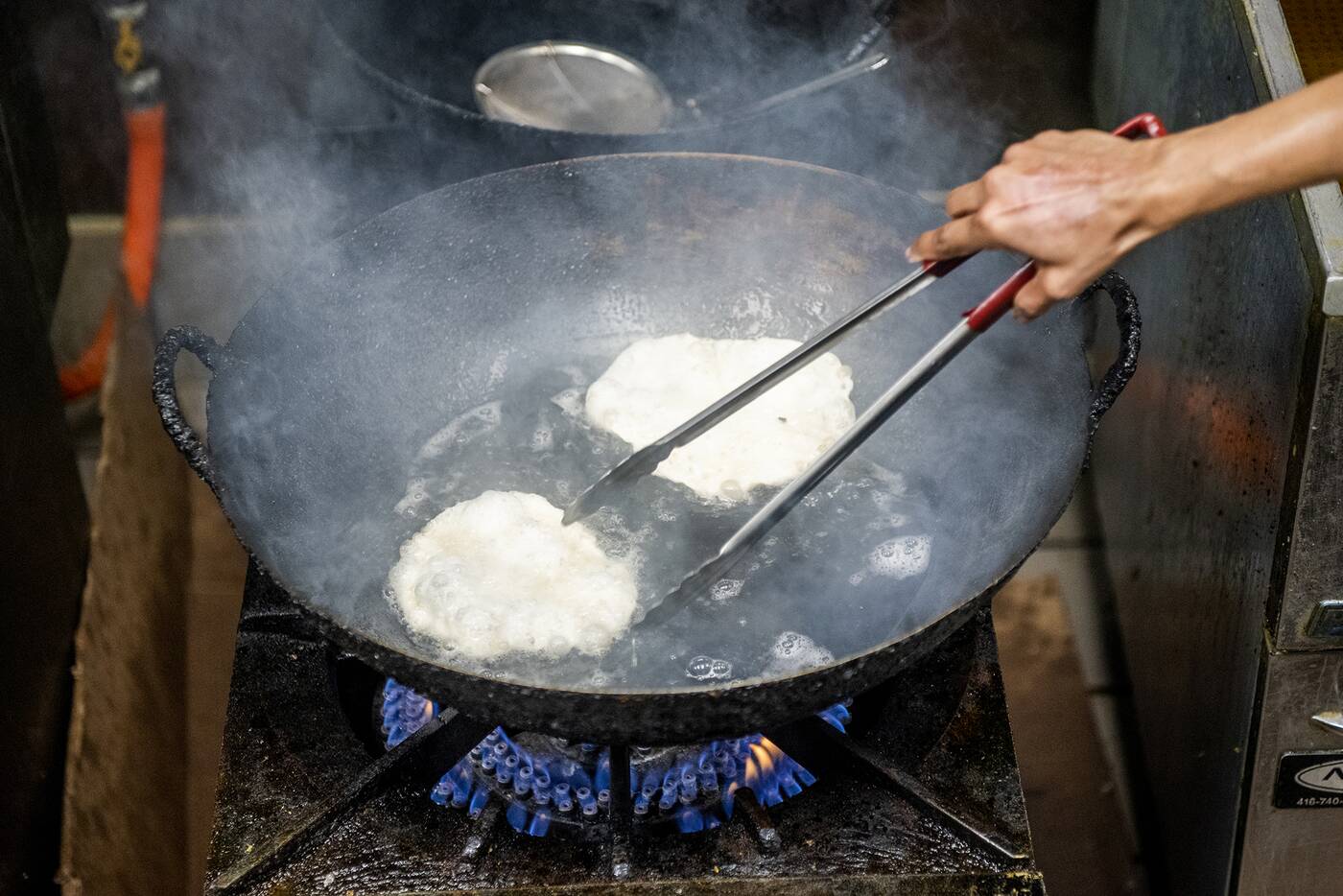 The restaurant’s massive kitchen is where Chris brings his experience of selling roadside doubles with his father in Trinidad as a kid. 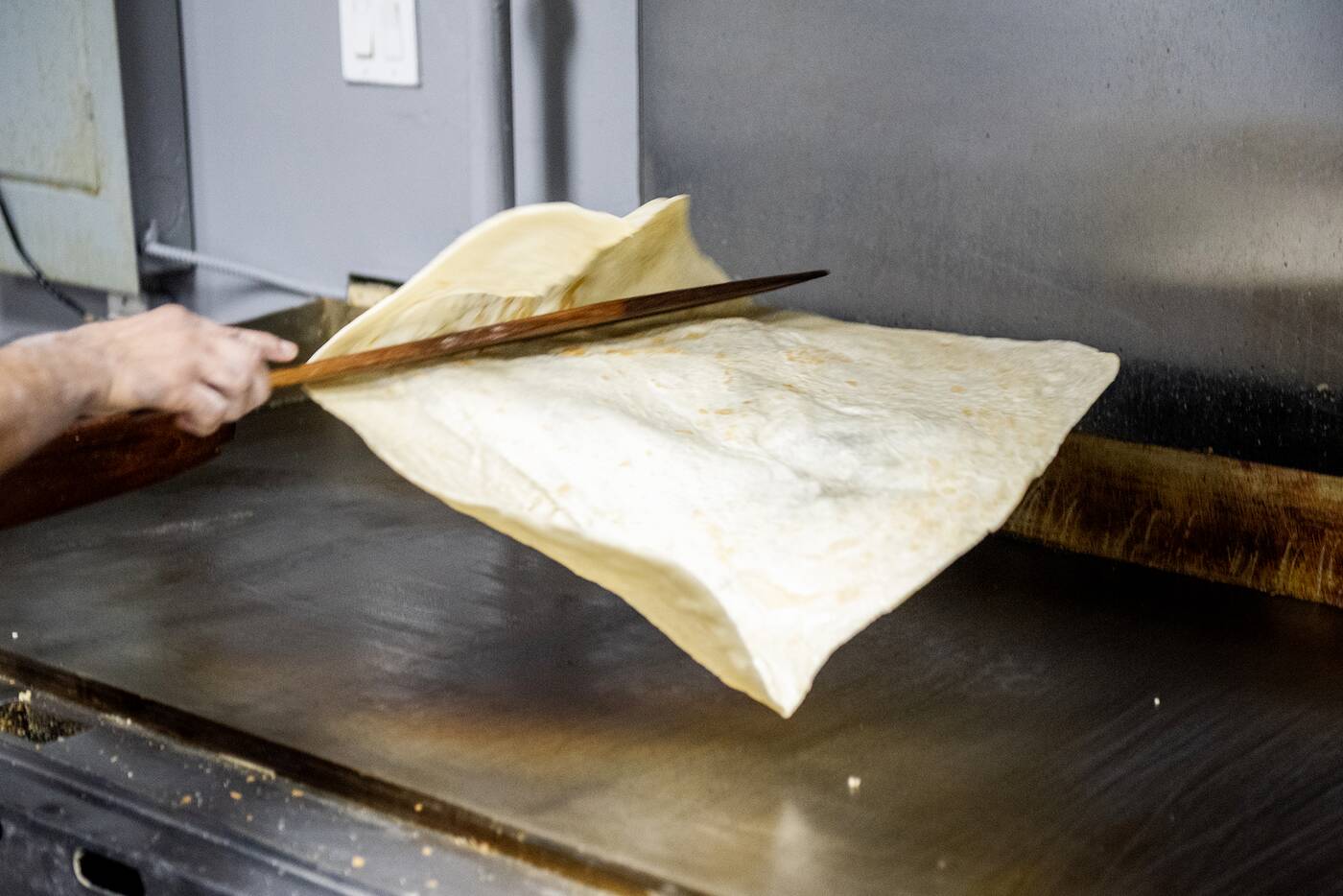 Up to fourteen staff bustle in the back around stovetops of hot oil, frying up batches of bara and smacking rounds of paratha with sticks to make flaky “buss up shut” roti. 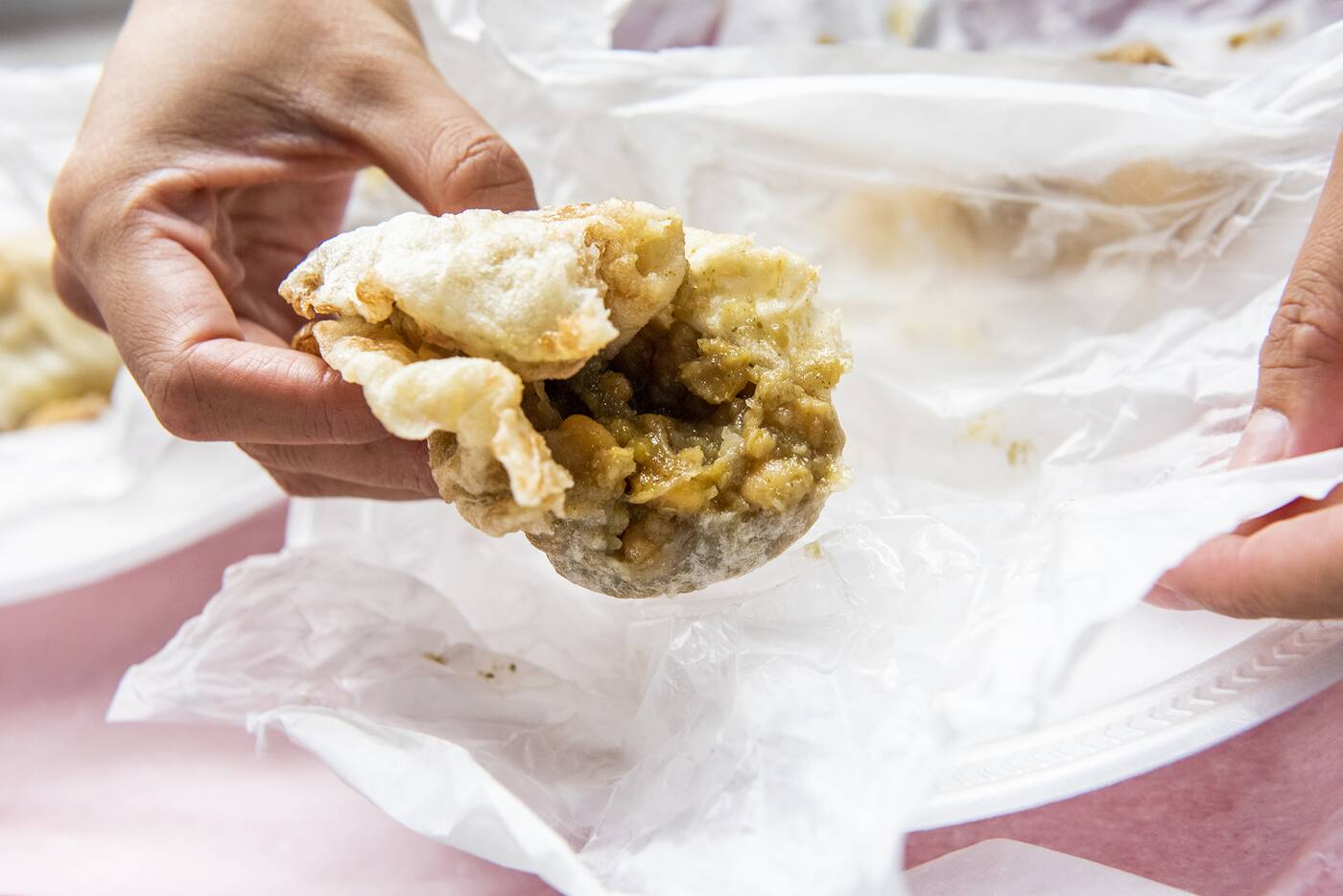 Doubles are $2.39 and come with traditional chickpea channa filling.
You can also get them with chicken, shrimp, or goat ($4.50 to $5.99). Boost the flavour with tamarind sauce or a housemade scotch bonnet pepper sauce. 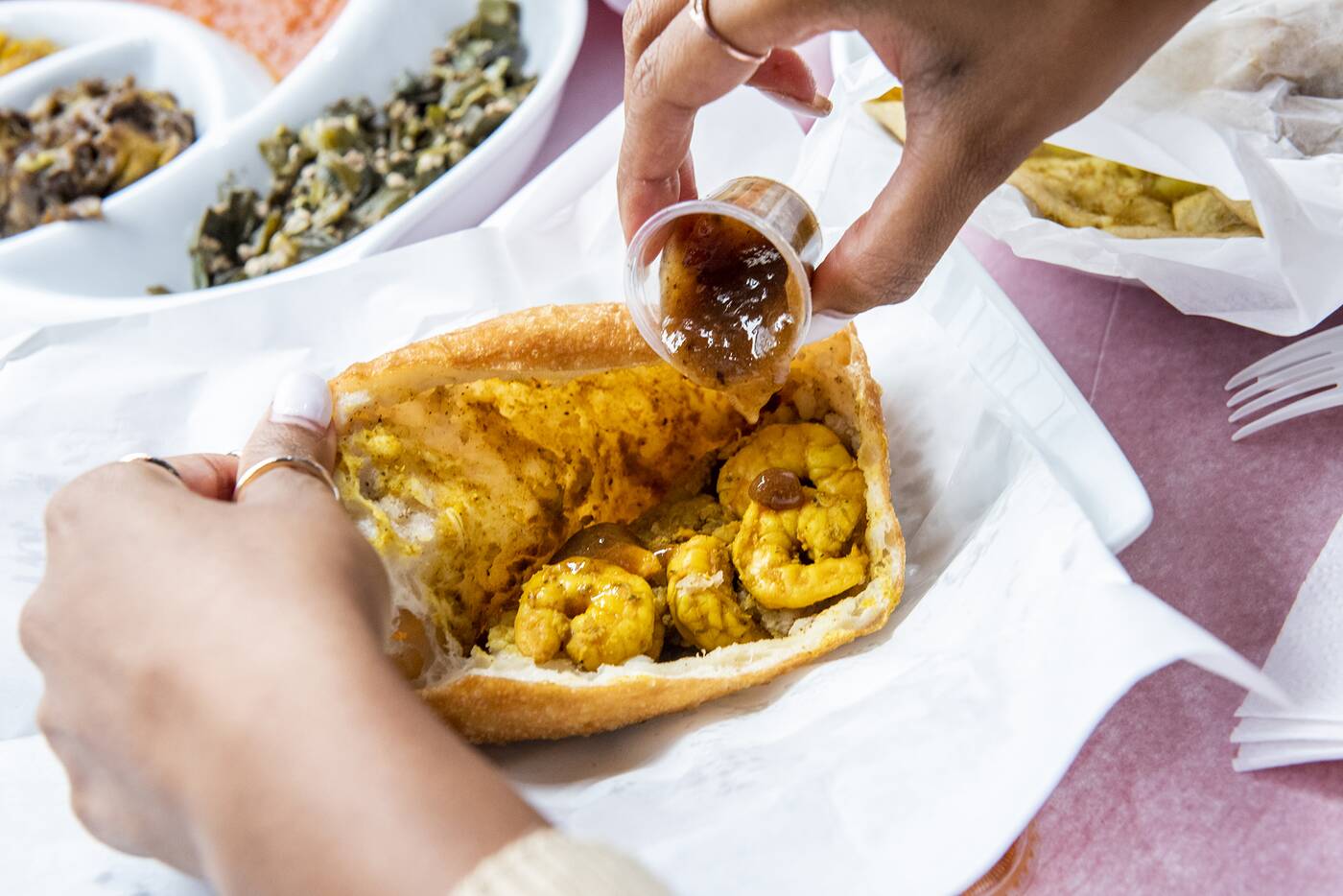 Aloo pie filled with big pieces of shrimp ($6.50) is a game-changer for me. 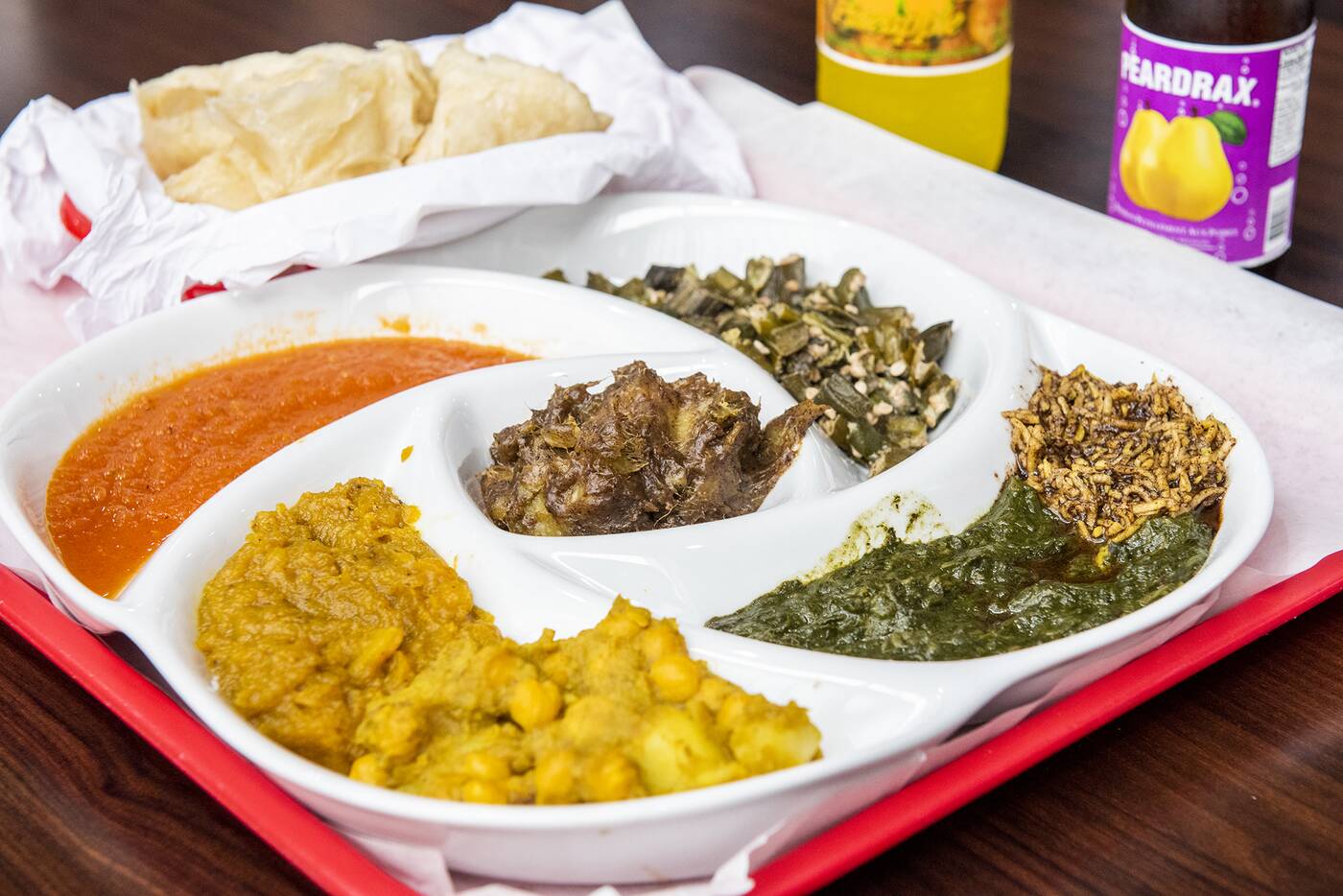 Grab a veggie platter (13.99) which comes with your choice of five veggies, and pick your choice of carb, whether that be paratha or dhalpuri roti, sada, or fried bake. 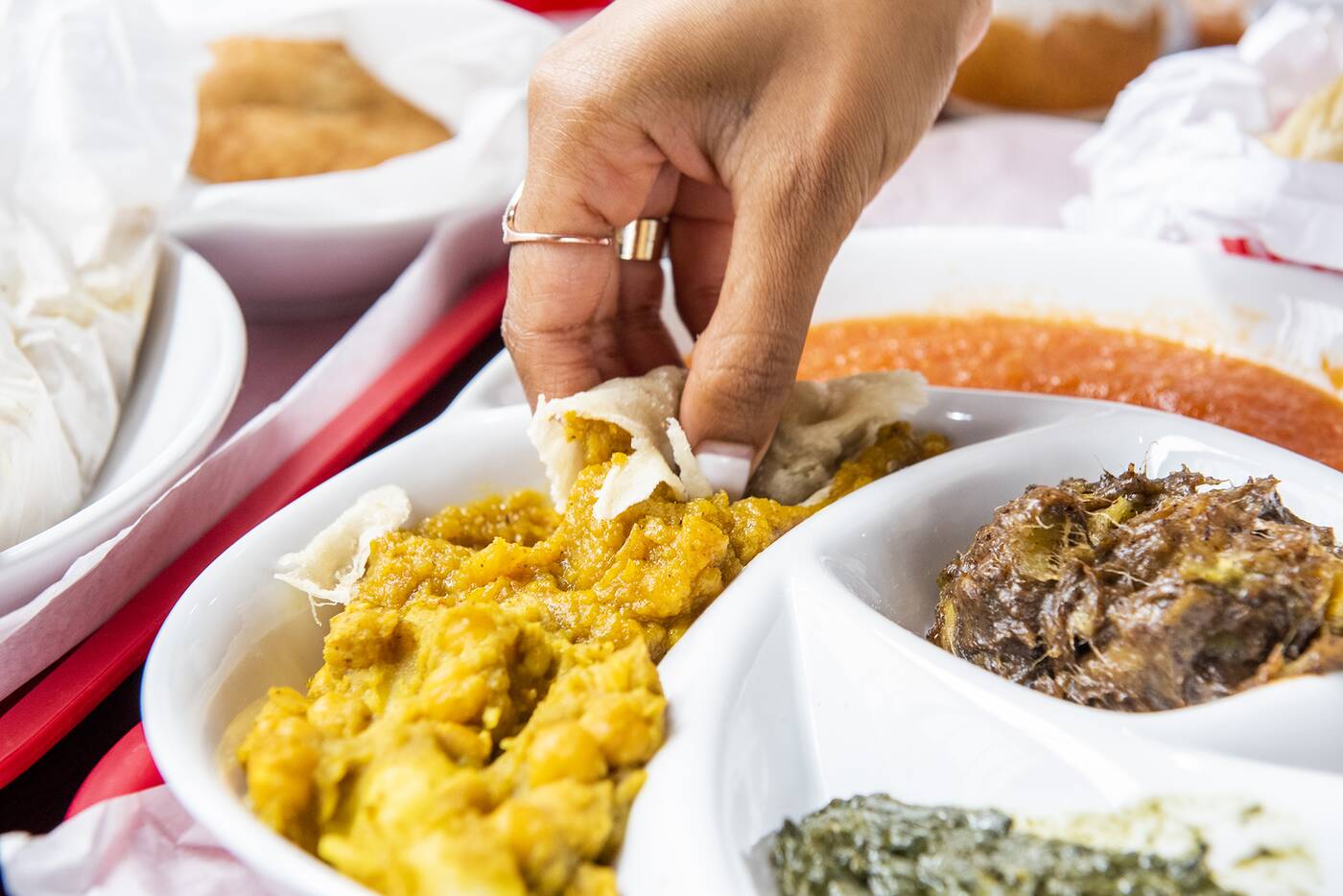 Your platter will come with some curried mango in the centre, and you can choose from sides like spinach bhagie, pumpkin, channa and aloo or tomato choka. 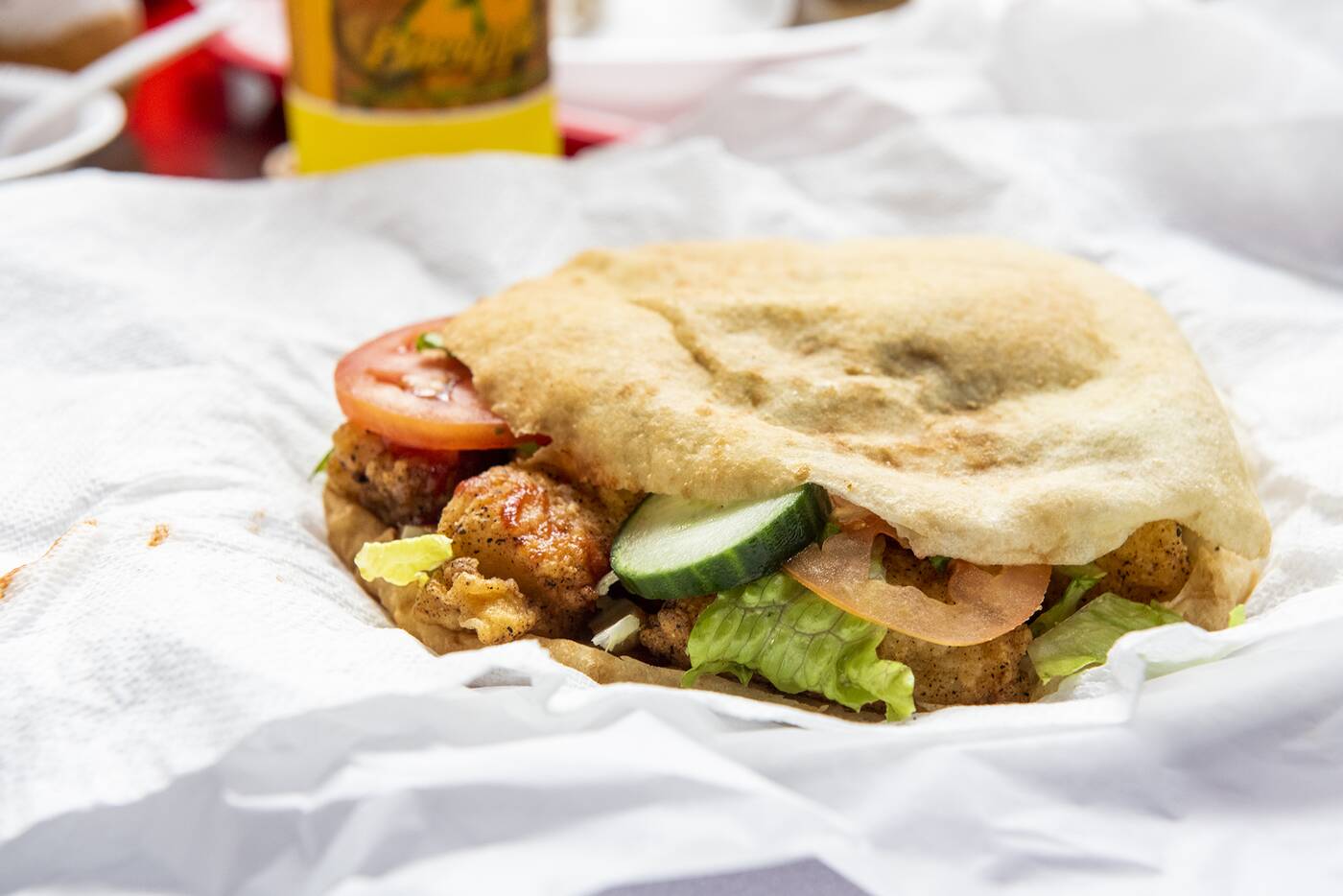 A bake and shark ($10.99) is less doughy than other versions I've had, coming in a thinner roti with fish that's lightly fried. 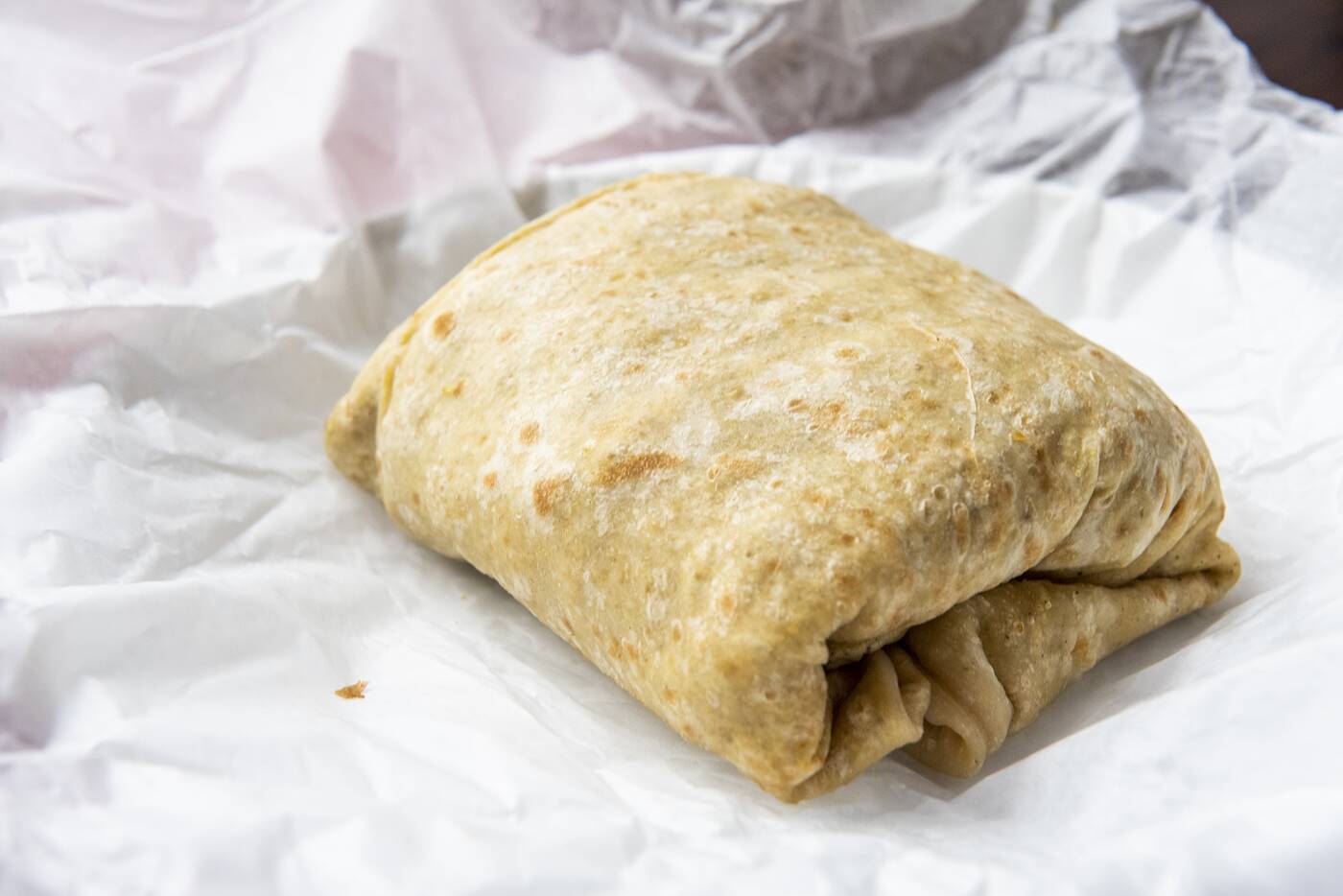 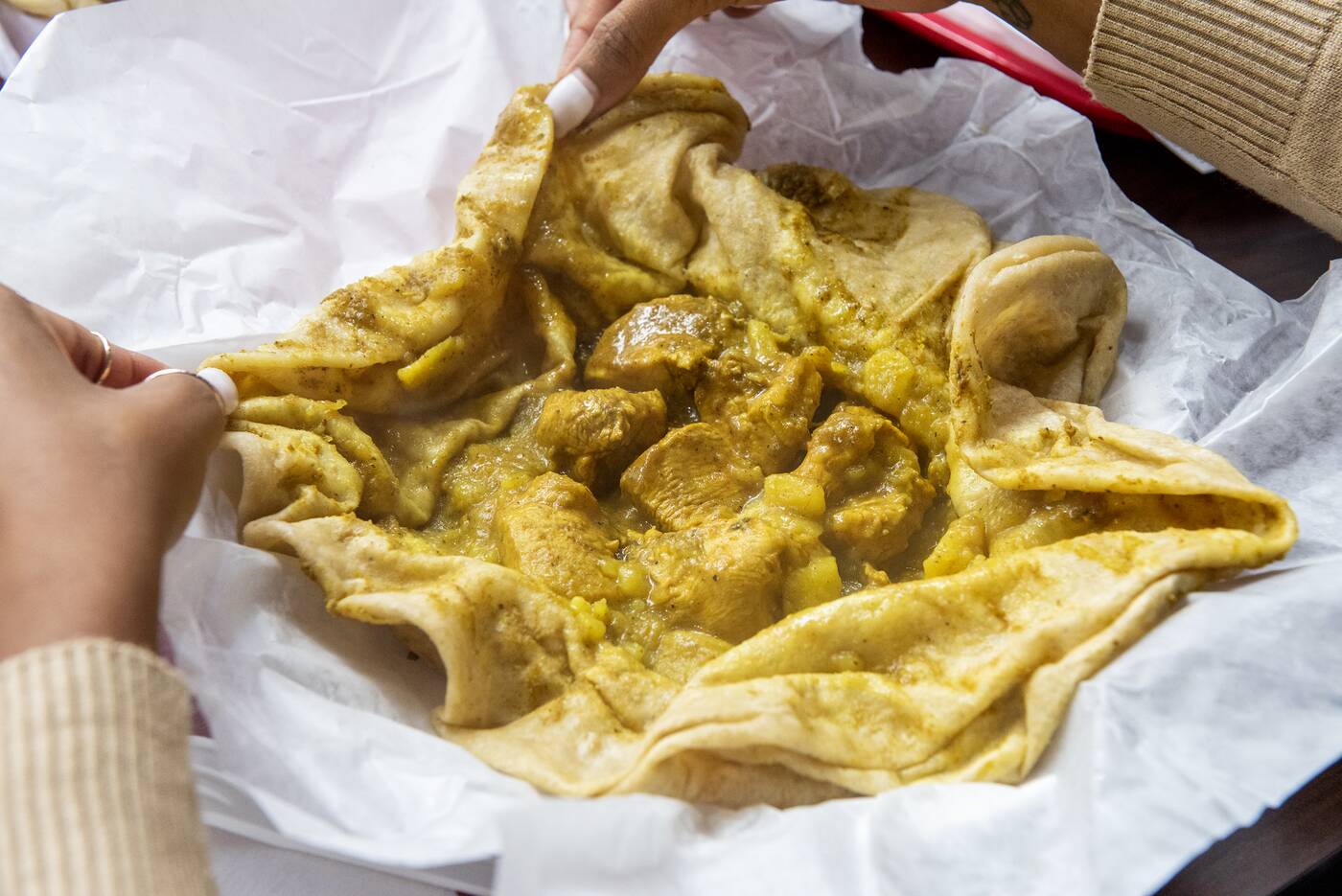 Grab the whole thing and bite into it, or unfold it and tear off pieces of roti to scoop up the meat inside. 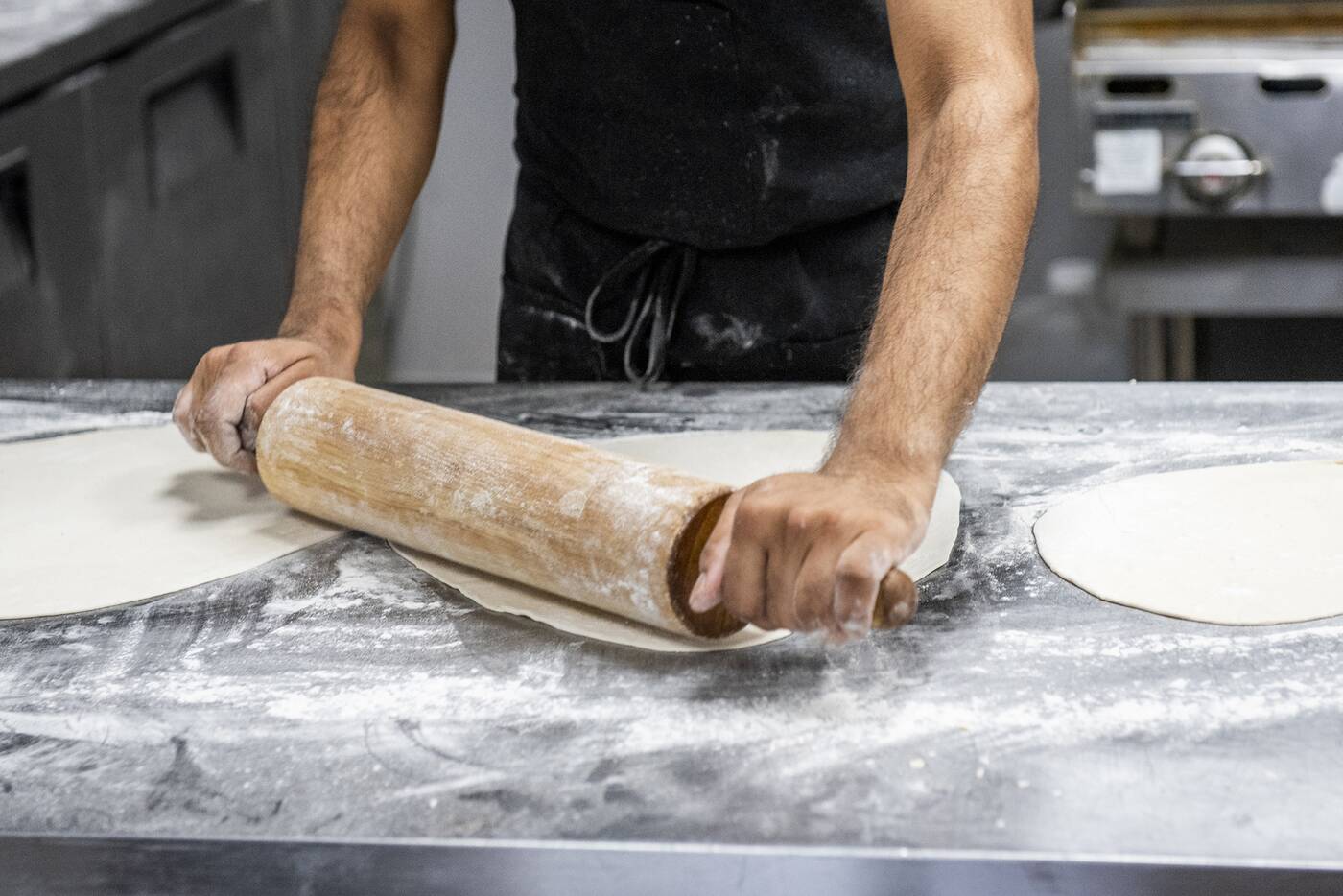 Aside from the phenomenal roti and doubles, the best part about Lena's is definitely the massive selection of drinks imported straight from Trinidad. There's nothing like washing down a double with a bottle of Red of fresh Fat Boy coconut water. 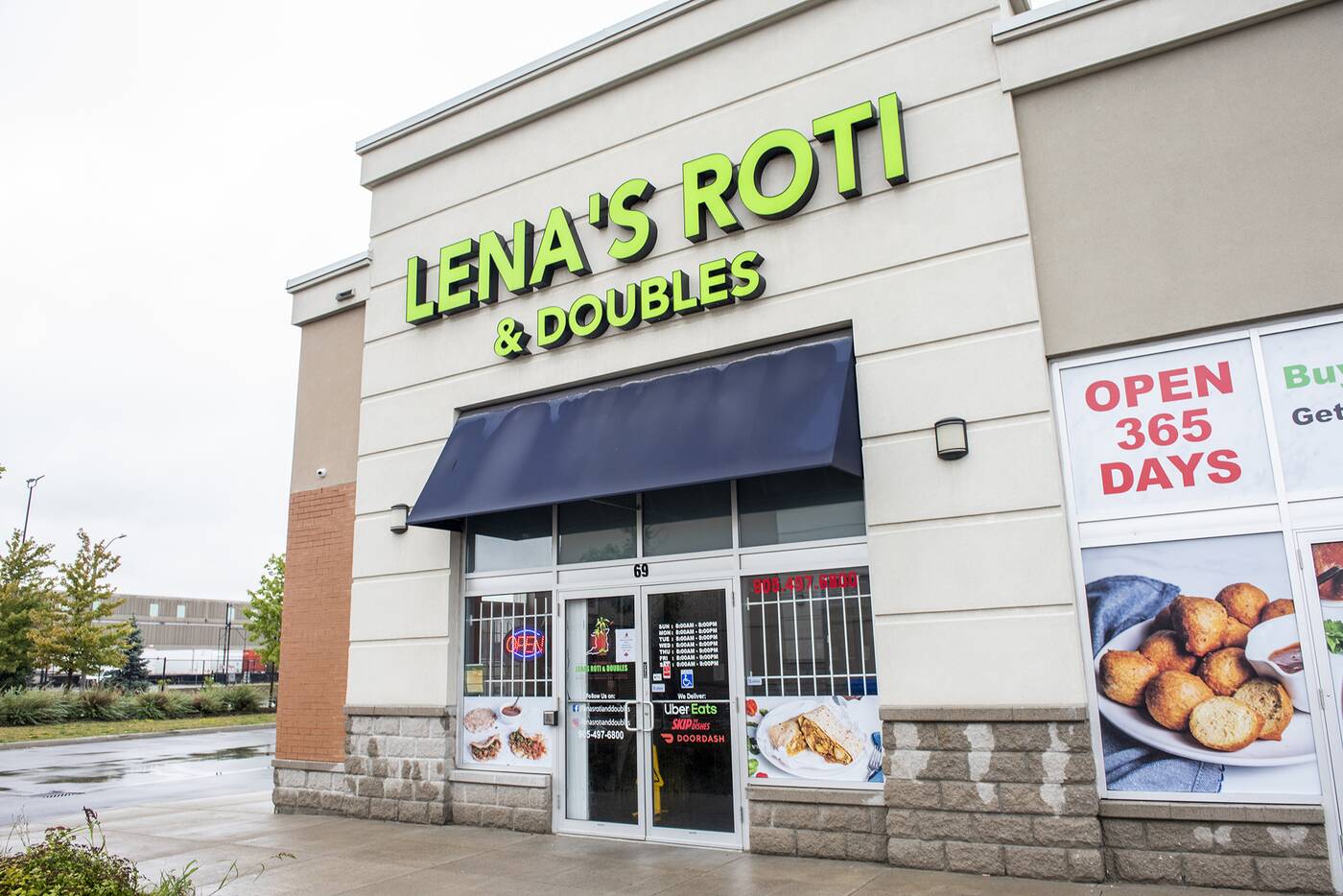