A serial thief is raising concerns among bar and restaurant owners in downtown Toronto, to the point where they're pulling security snaps and publicly comparing notes.

A photo of the man in question was posted to the popular Food & Wine Industry Navigator Facebook page on Wednesday after he allegedly walked out of Tequila Bookworm on Queen West without paying his substantial bill.

"I don't know if this goes against any of this groups ethics, but this dude has been ripping off bars on Queen West," wrote the person who posted the photo. "I work at a small craft beer bar at Portland and Queen and this dude came in at 1145, drank and ate for about 4-5 hours, went for a 'smoke' and disappeared."

Weirder still, the man is said to have "spent hours talking about his experience in the industry," telling people that he works at the Flatiron and Firkin — a fact that staff at the Flatiron Firkin say is not true and never has been. 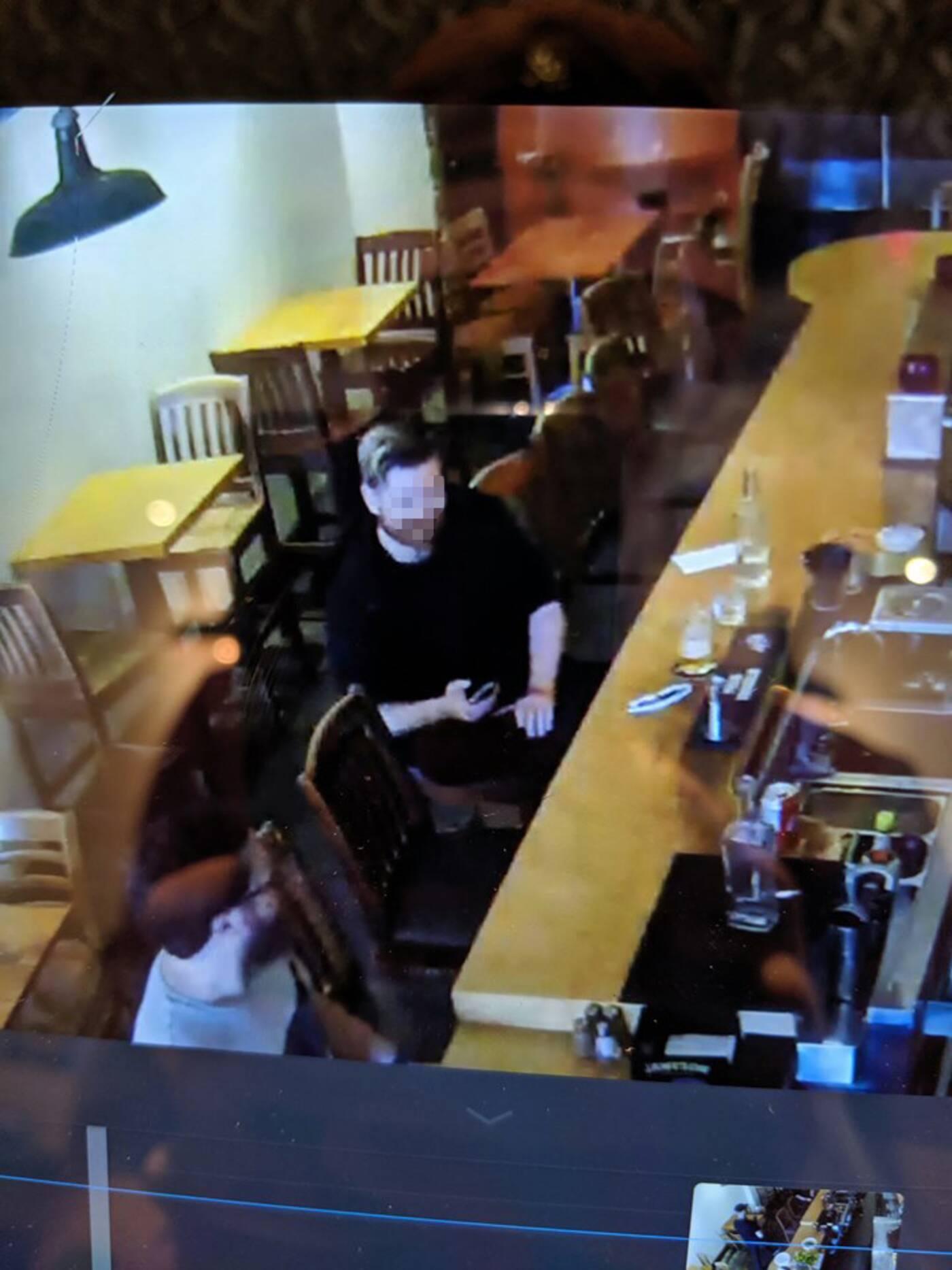 A bearded man has been ripping off businesses in the Queen West area for months, according to local bar staffers. Photo via Tom Isosceles Mirse.

"Jump to hours later and by some magical mishap, I ran into him at a bar deep in Parkdale," wrote the Queen and Portland bar staffer. "When I confronted him on the walkout, he apologized profusely and I walked him over to the ATM, where he then proceeded to run off."

"Having been drinking all day, he made it about a half block before I caught up with him. His wallet was empty and when I asked how many other bars he'd done this too, he shrugged before he started crying pathetically," he continued. "Do not serve this man, as he will only continue this behaviour."

The drink-and-dasher is said to have been going by the name "Adam" on Wednesday, though several of the more than 300 comments on the original post indicate that his name is actually Curtis — and that he's been around. 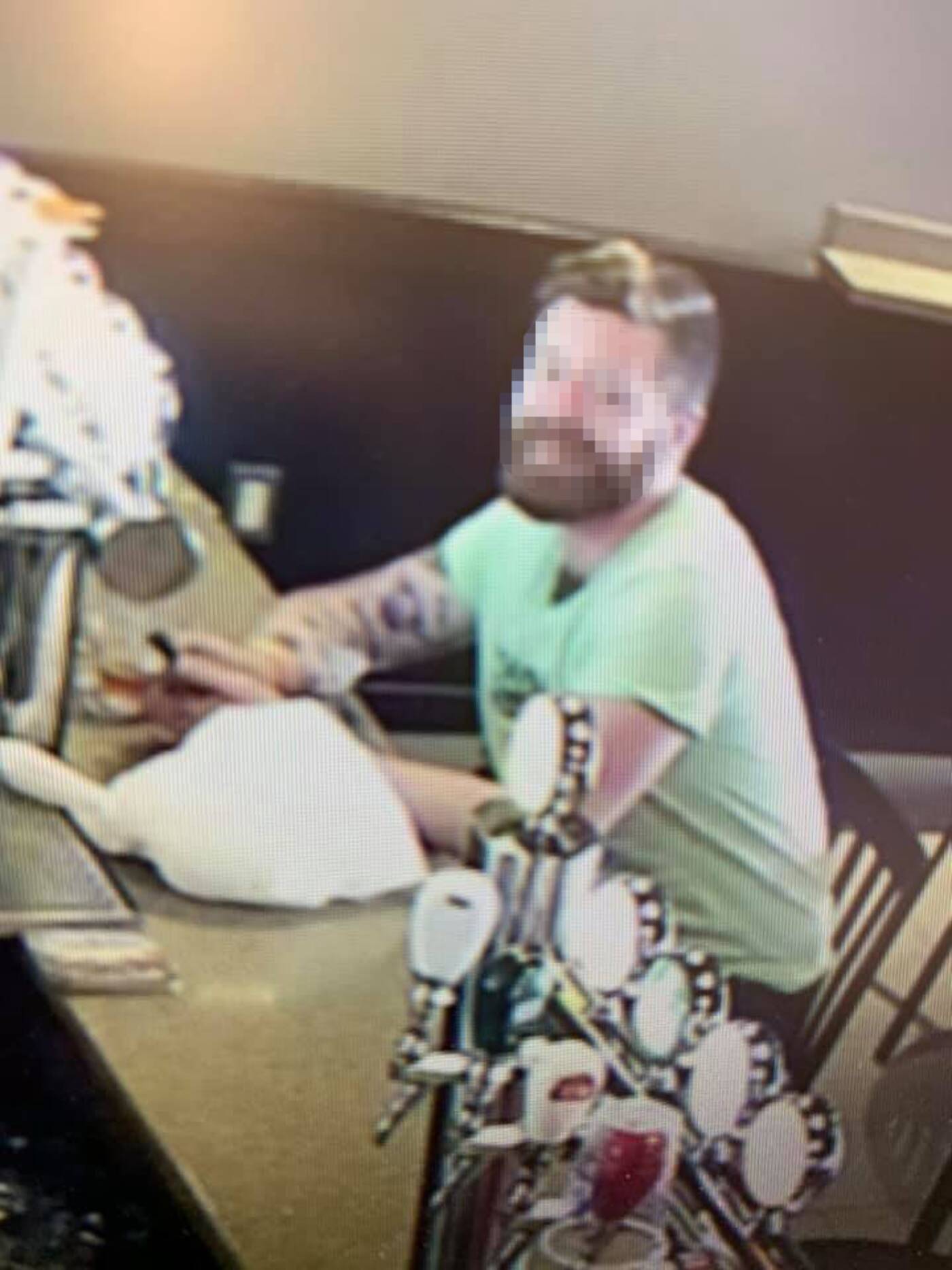 The alleged drink and dasher is seen here at Burg's Bar and Grill on Yonge Street, where he is said to have walked out on a $70 bill. Photo via Laura Lord.

"This f*cker also told me his name was Adam and that he worked as a line cook at Murphy’s Law," wrote one commenter, including a security camera image of the man. "Walked out on his $70 tab also after bumming a cigarette from me."

"He was here at Stout Irish Pub June 27," wrote another, also including a security photo.

"I have his Health card at the bar, I caught him right before he walked out," wrote one commenter, later noting that he'd filed a police report. "I held him with my regular customers at the bar but cops did not show up for 3 hours. I had to let him go."

Queen West, Parkdale and Yonge/Bloor aren't the only areas of town he's been targeting, either.

The Two Headed Dog in Little India uploaded video footage of the man to their Facebook page late Thursday, writing "Curtis Williams Casserley was at the Two Headed Dog pub last Thursday night and ran away without paying his $118 bill."

"Watch out for him," the post continued. "He has been doing the same thing again and again in the restaurants in Toronto."

Some commenters in the original Food & Wine Industry Navigator Facebook group have stated that the man pictured struggles with addiction issues and, while this has not been confirmed, the mere suggestion has set off a torrent of debate over whether or not he should be called out for his actions.

"I don't think the post is in regards to weather he needs help or deserves sympathy," pointed out one member of the group.

"It's to alert other businesses that the man pictured is a well known serial crook and very manipulative. I don't think anyones trying to downplay addiction."