Queen West is getting an influx of bubble tea

There's no shortage of bubble tea cafes in Toronto, but one area downtown is shaping up to become the latest hub for milky, fruity, bobas.

Over the last year, more than five new bubble tea shops have popped up on the strip of Queen between University and Spadina. 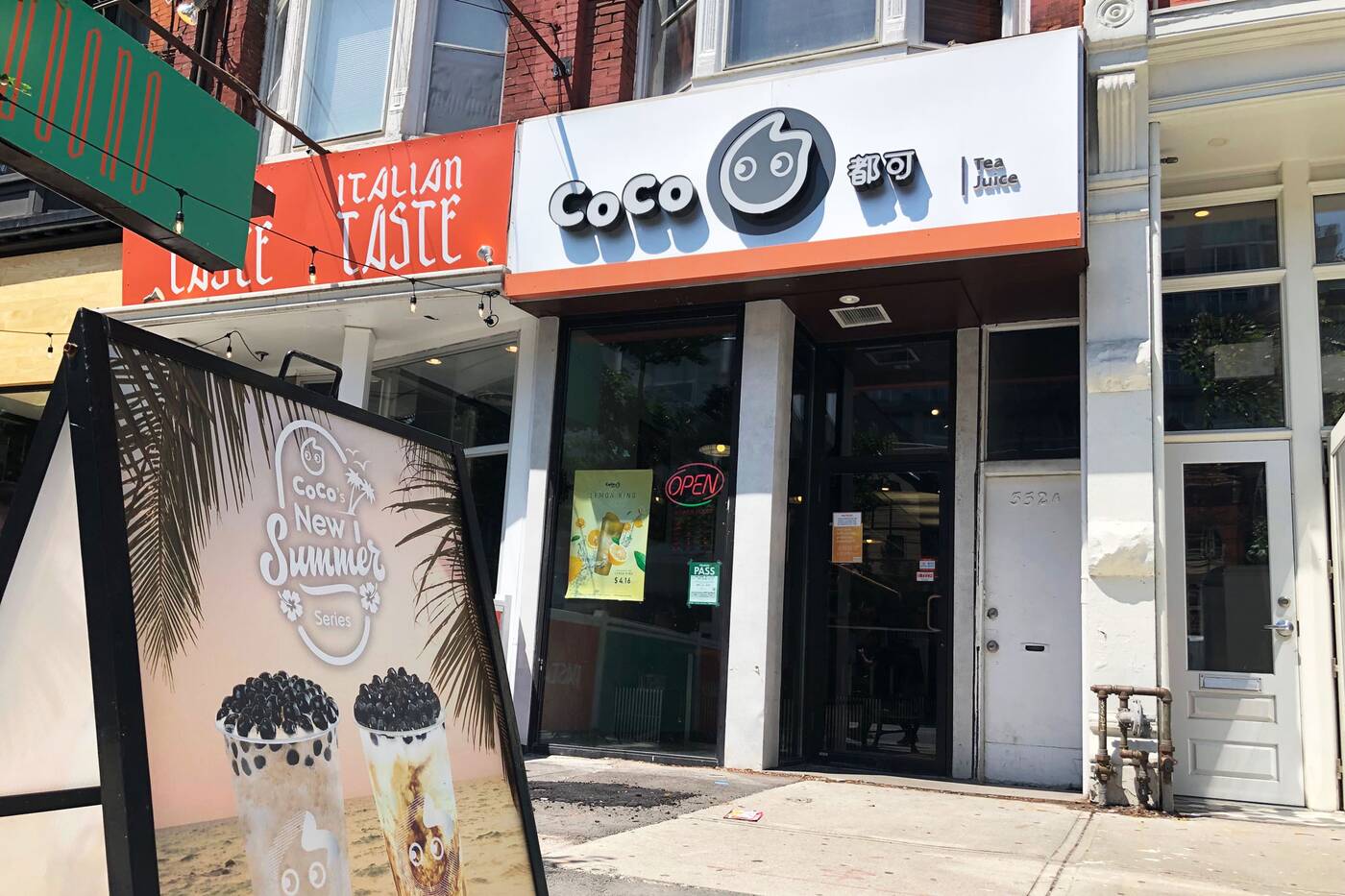 The Queen Street location of Coco opened in the past year.

This downtown stretch, better known for shopping than for boba, or even cafes, has quickly accumulated a handful of heavy-hitting bubble tea shops over the last few months.

While nowhere near the same density of cafes like Chinatown, the Annex, the area around Yonge and Wellesley, or Finch and Midland, the list is growing to accommodate Torontos' seemingly insatiable demand for tapioca-filled drinks.

Following the arrival of Chinese chain Tea Land where Condom Shack used to be, there came yet another location of Coco in the historic buildings just east of Spadina. 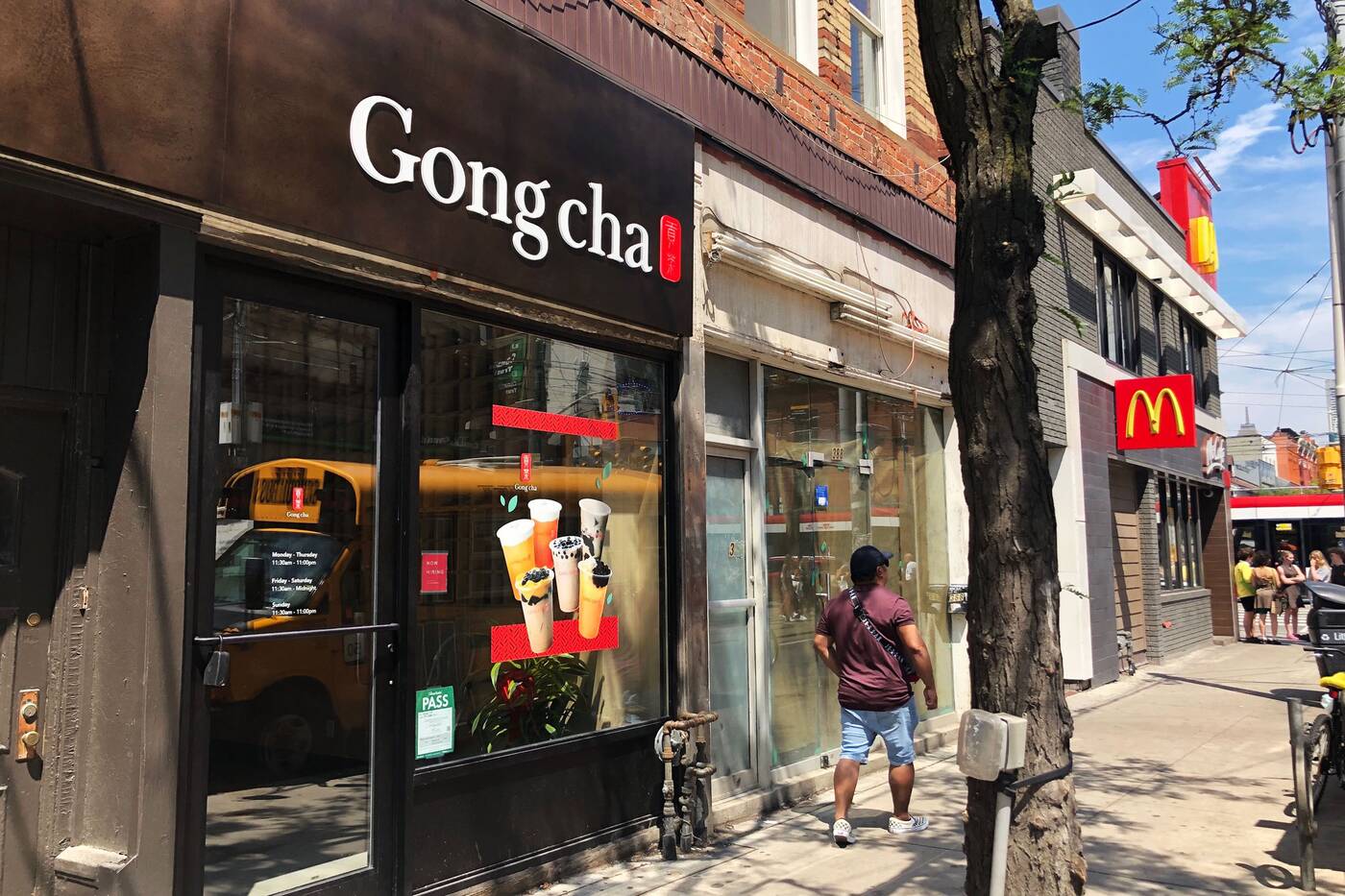 The opening of Smart House Condos at Queen and Simcoe marked a Miniso and a Real Fruit pocket shop, which has been getting its share of foot traffic alone.

Head further west and you'll find a Chatime on the south side, opened less than five months ago. Across the street, a one week-old location of the international brand Gong Cha has replaced the longtime fabric store Allen's Home Linen. 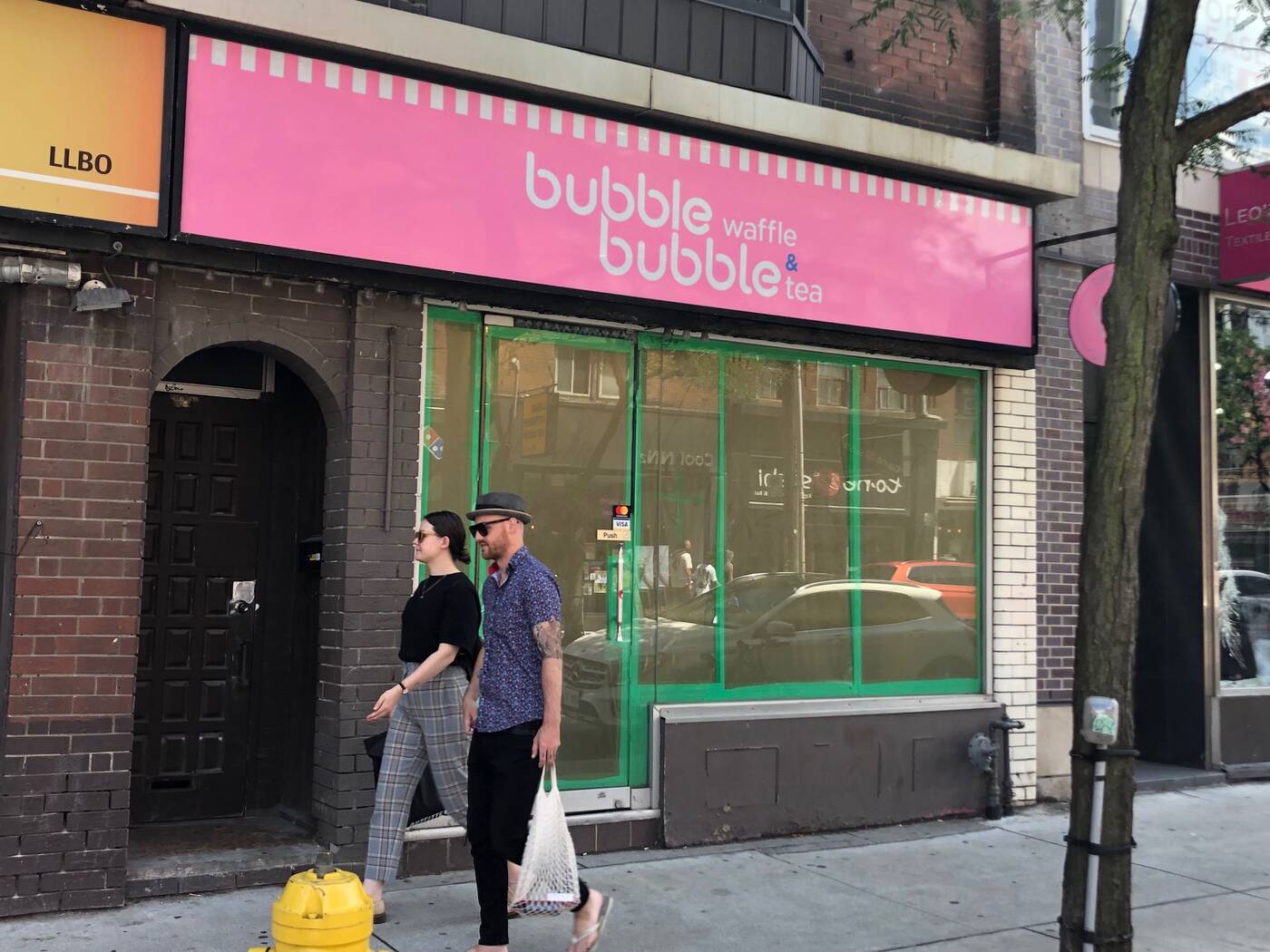 Bubble Waffle Bubble Tea is under wraps and appears to be opening soon.

And right next to the AYCE sushi spot Aji Sai, a business called Bubble Waffle Bubble Tea is shaping up to be the newest addition.

At this point, the number of bubble tea shops outnumbers cafes on this little stretch—looks like tapioca and grass jelly make for better shopping spree fuel than coffee.