There's now a Scoops Ahoy from Stranger Things in Toronto

A Baskin Robbins in Toronto has transformed itself into a Scoops Ahoy this week, upside down style, in honour of the third season of Stranger Things.

In case you’re only on episode one or haven’t even watched the show, Scoops Ahoy is the mall ice cream parlour where two of the characters from the show work. 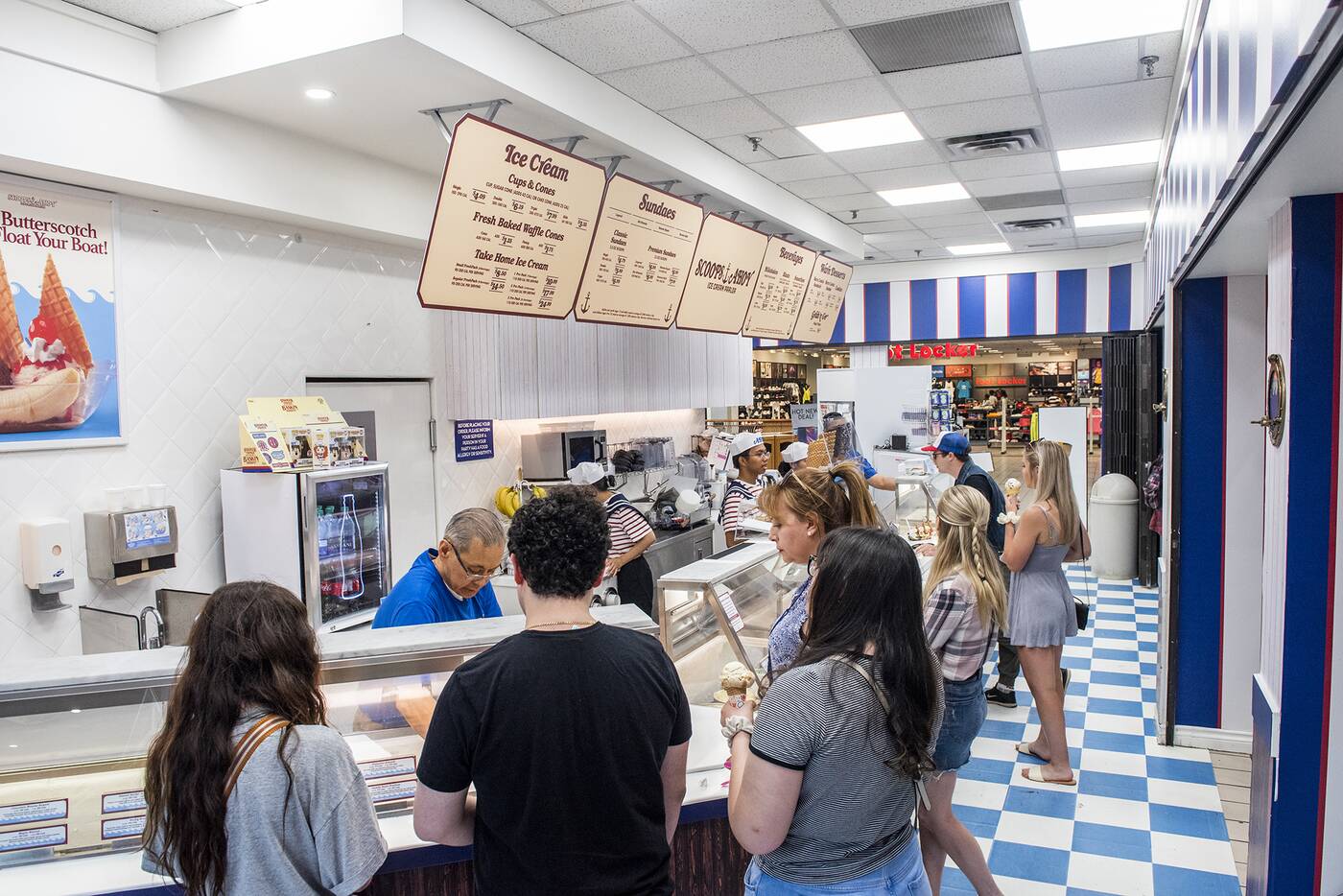 It’s situated in Woodbine Mall and Fantasy Fair, a time warp in itself that feels straight out of 1980s Hawkins — add an Orange Julius and it’s practically Starcourt.

With a ferris wheel and carousel, the location also hints at the carnival element of Stranger Things 3. 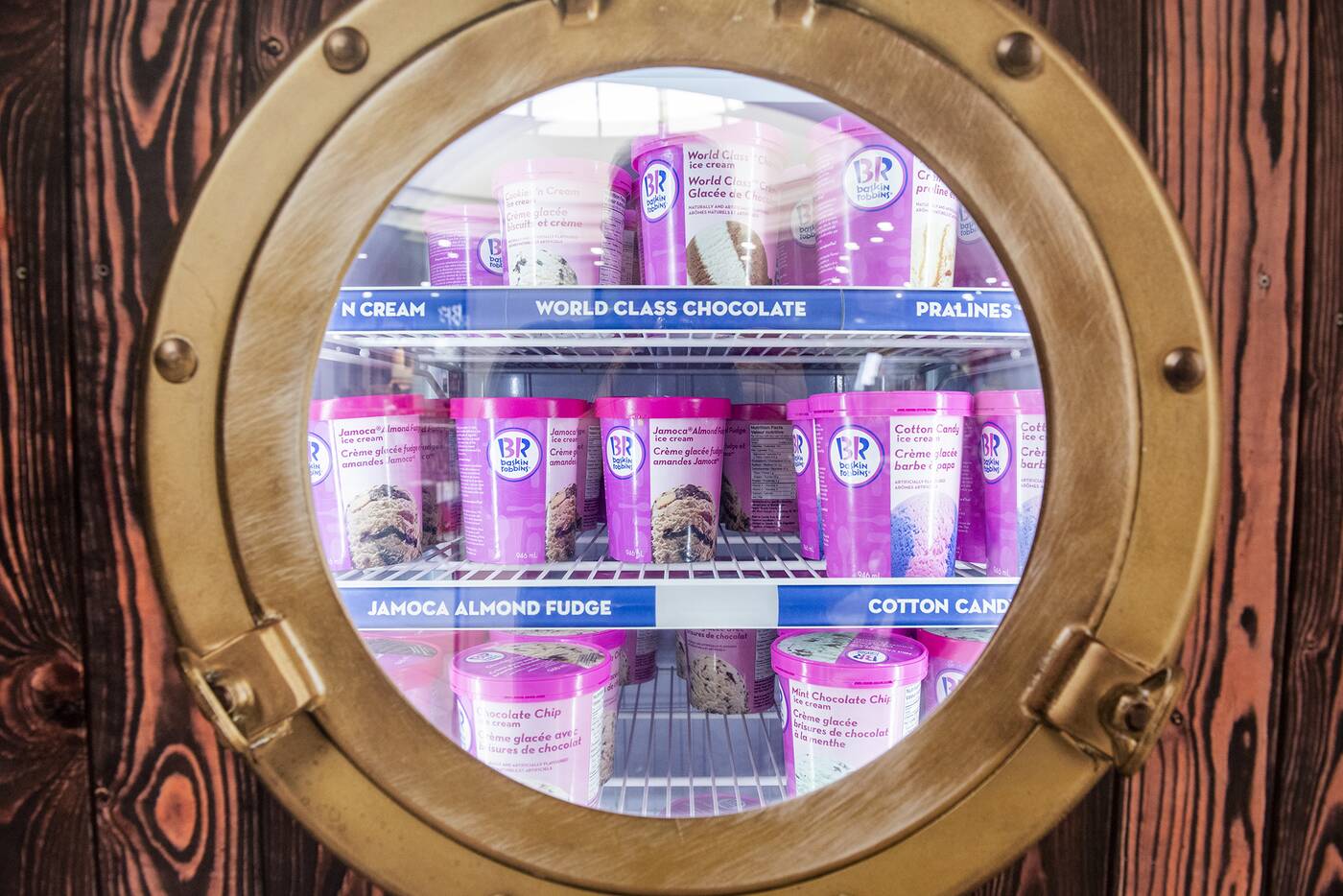 It took several days to make the Baskin Robbins in the mall over into Scoops Ahoy, complete with fake wood panelling, baby blue checkerboard tiles, a retro look to the usual menu, portholes and a red-white-and-blue scheme. 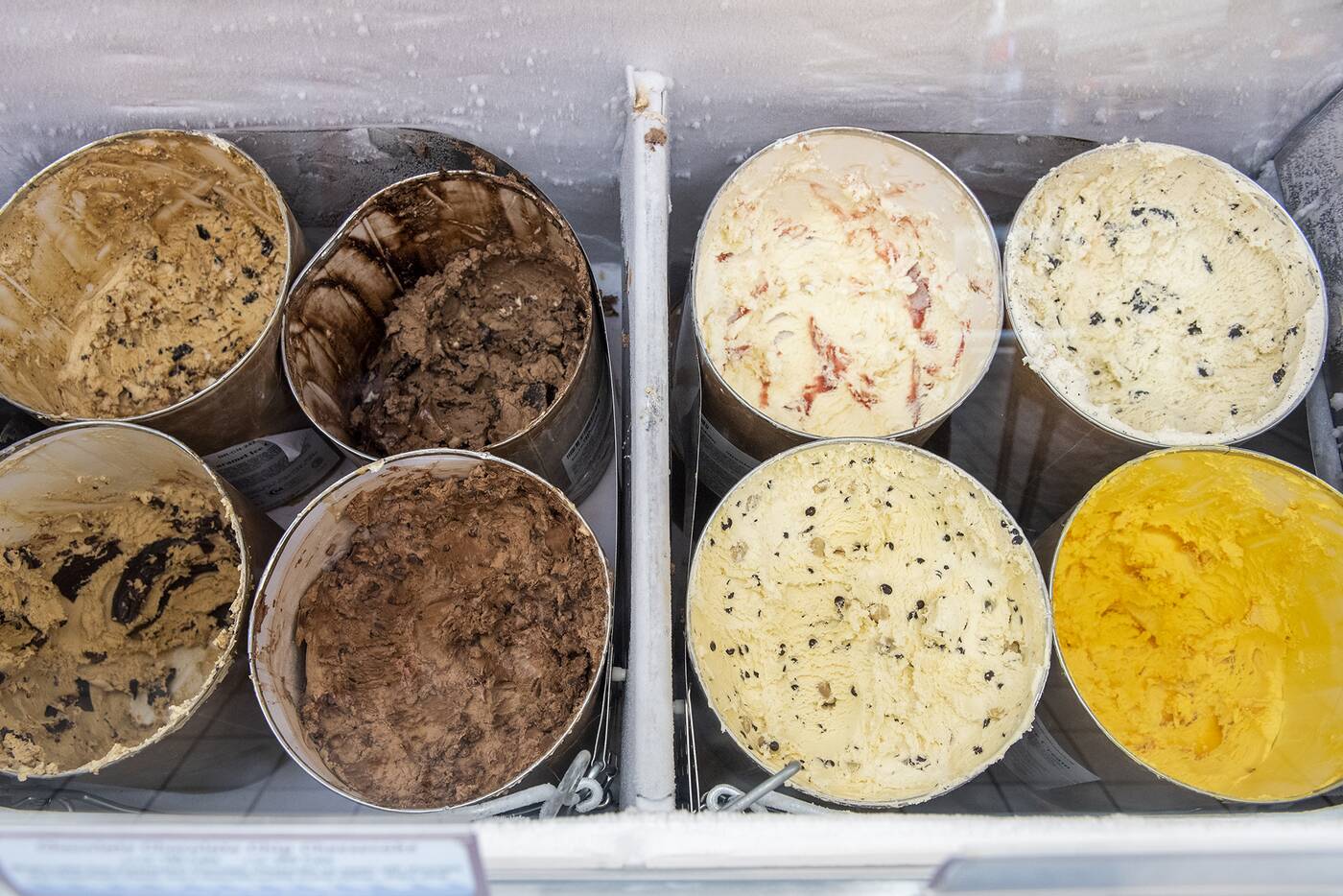 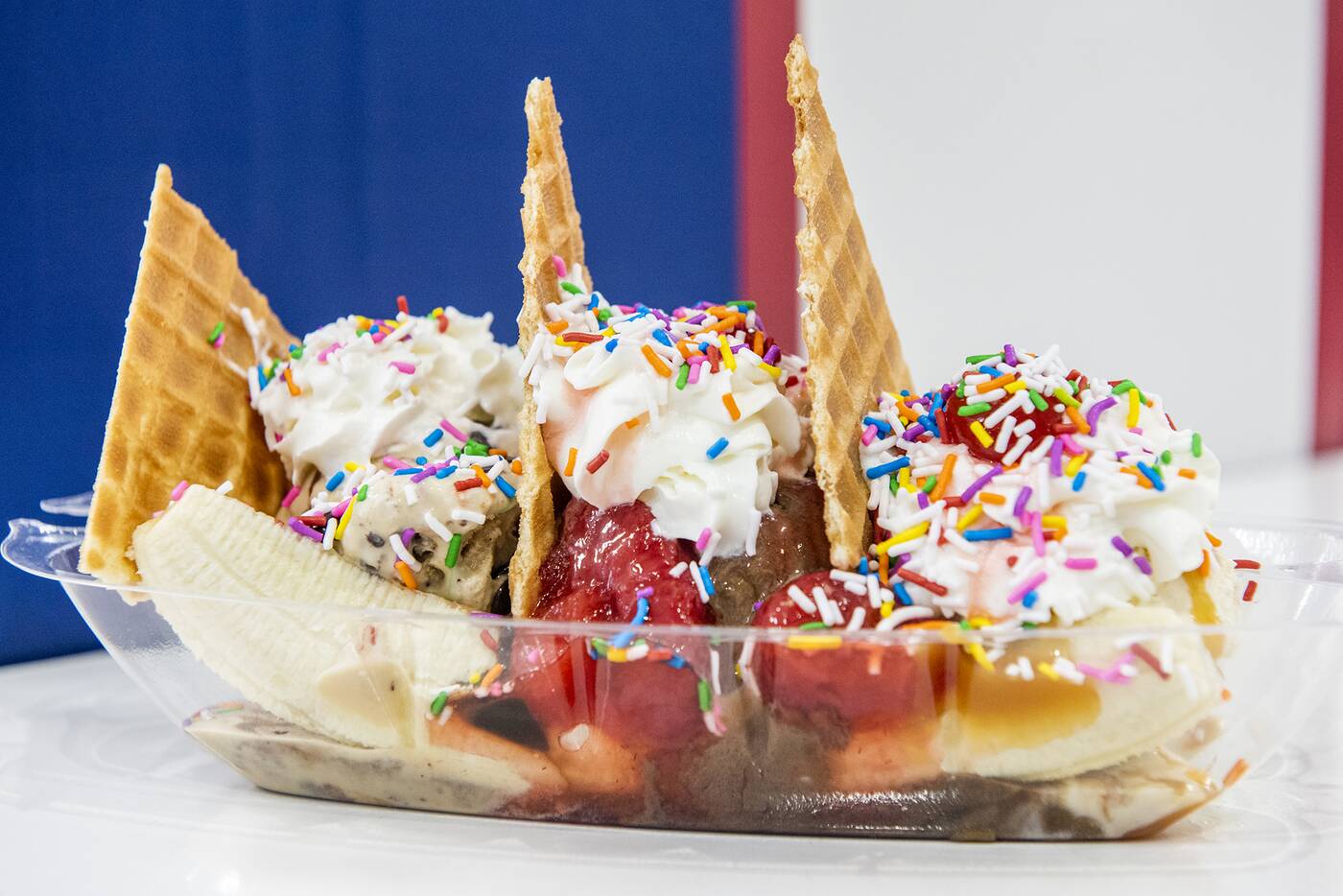 Get all three with the U.S.S. Butterscotch sundae ($8.99), which looks just like the one from the show, complete with banana, strawberries, chocolate sauce, butterscotch sauce, whipped cream, cherries, sprinkles and waffle cone sails. 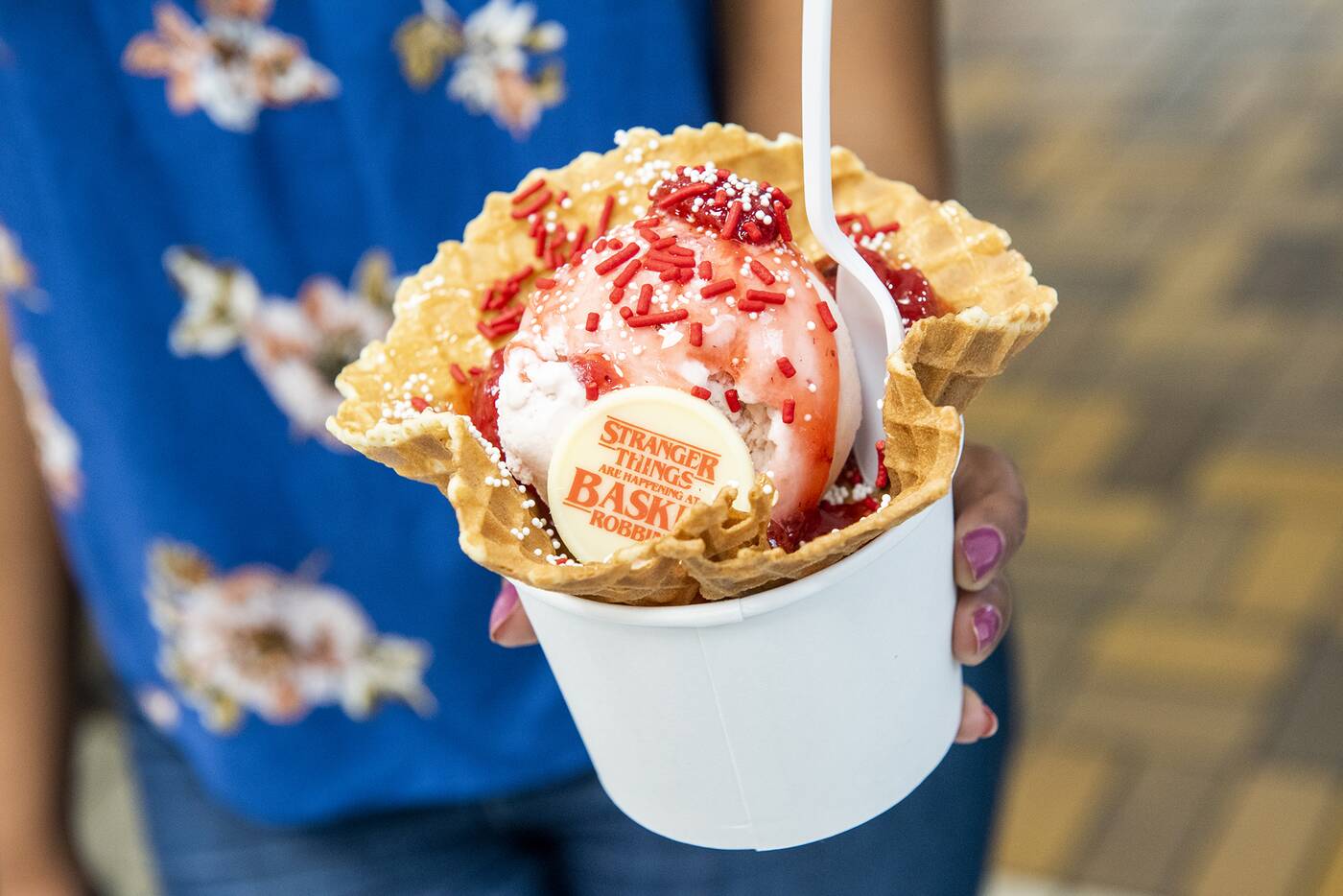 The Demogorgon is a little cheaper at $5.69, evoking the bloody monster from the show in a fun, campy way with strawberry ice cream topped with strawberry sauce and red sprinkles, served in a waffle bowl. 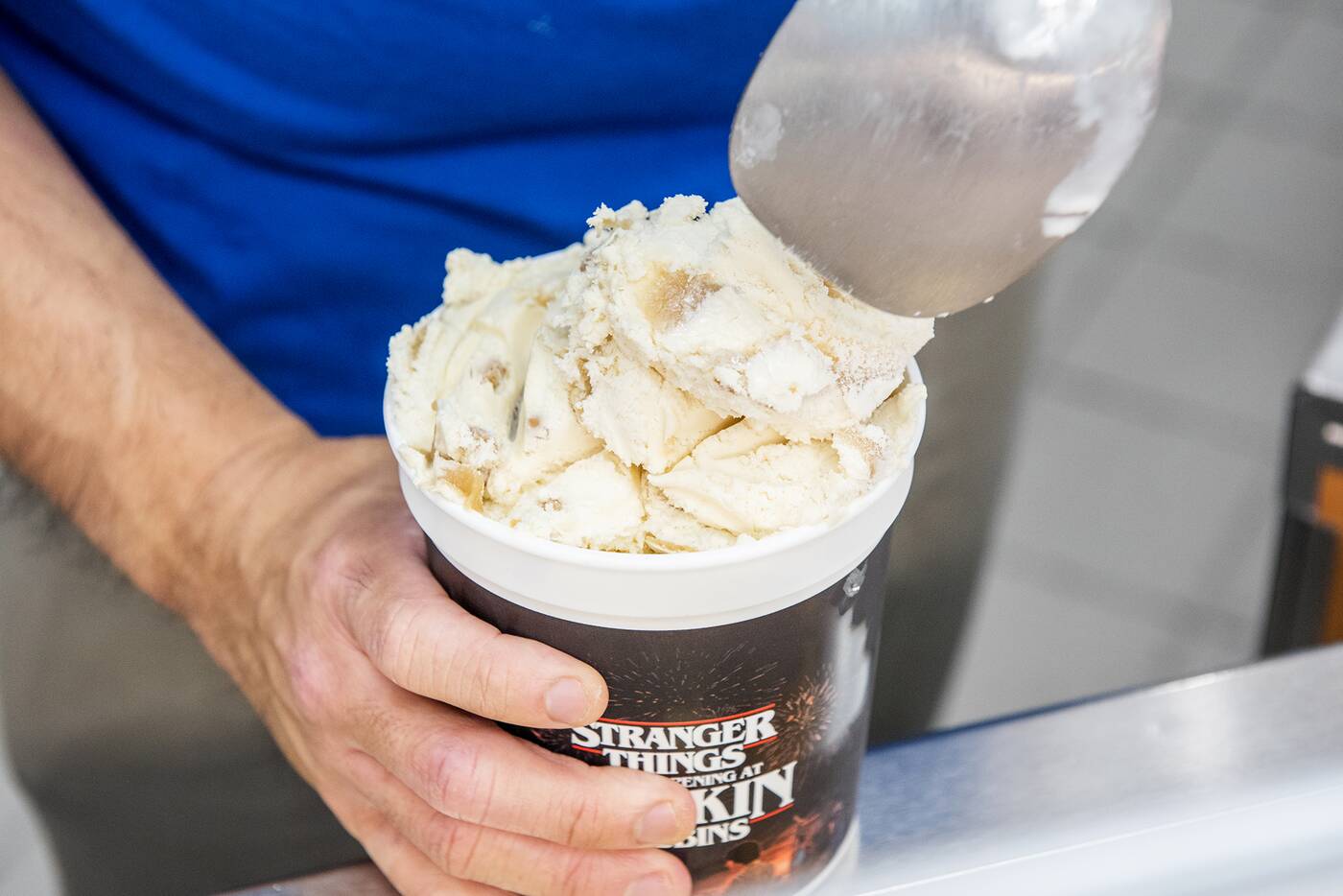 There are also fancy cones decorated with red, white and blue sprinkles, and cartons that are branded in the style of the pop-up. 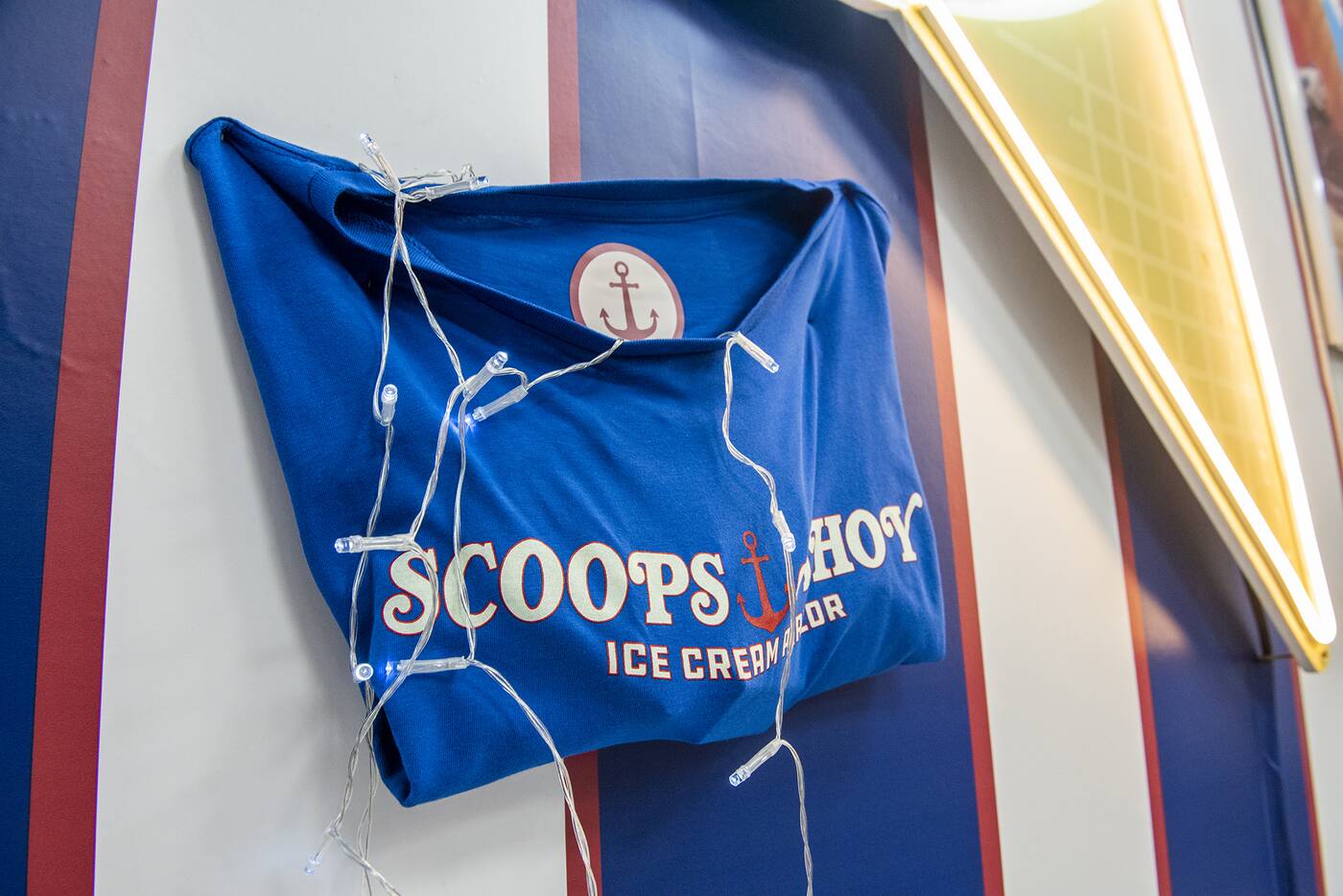 Ice cream isn’t the only thing on deck here. 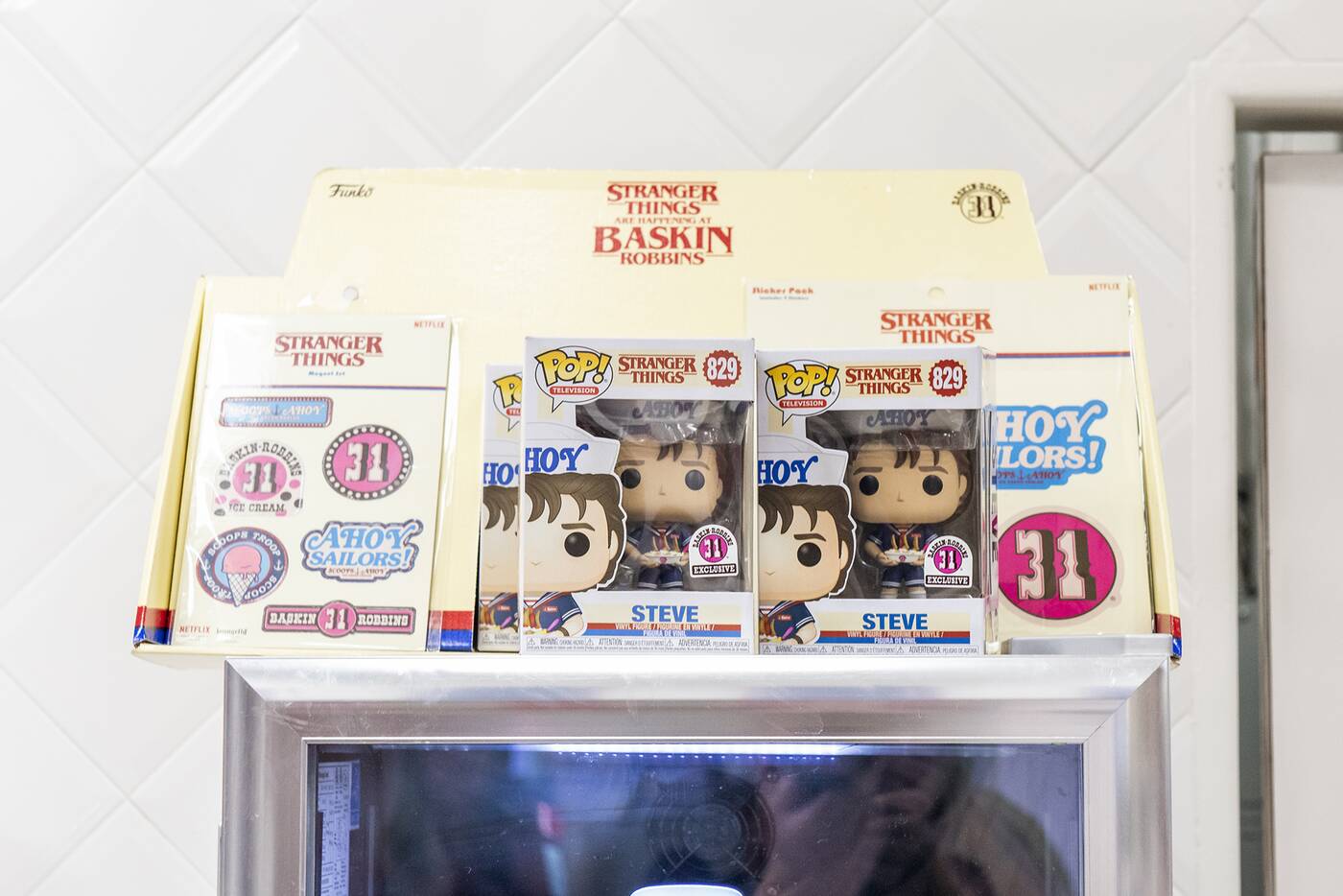 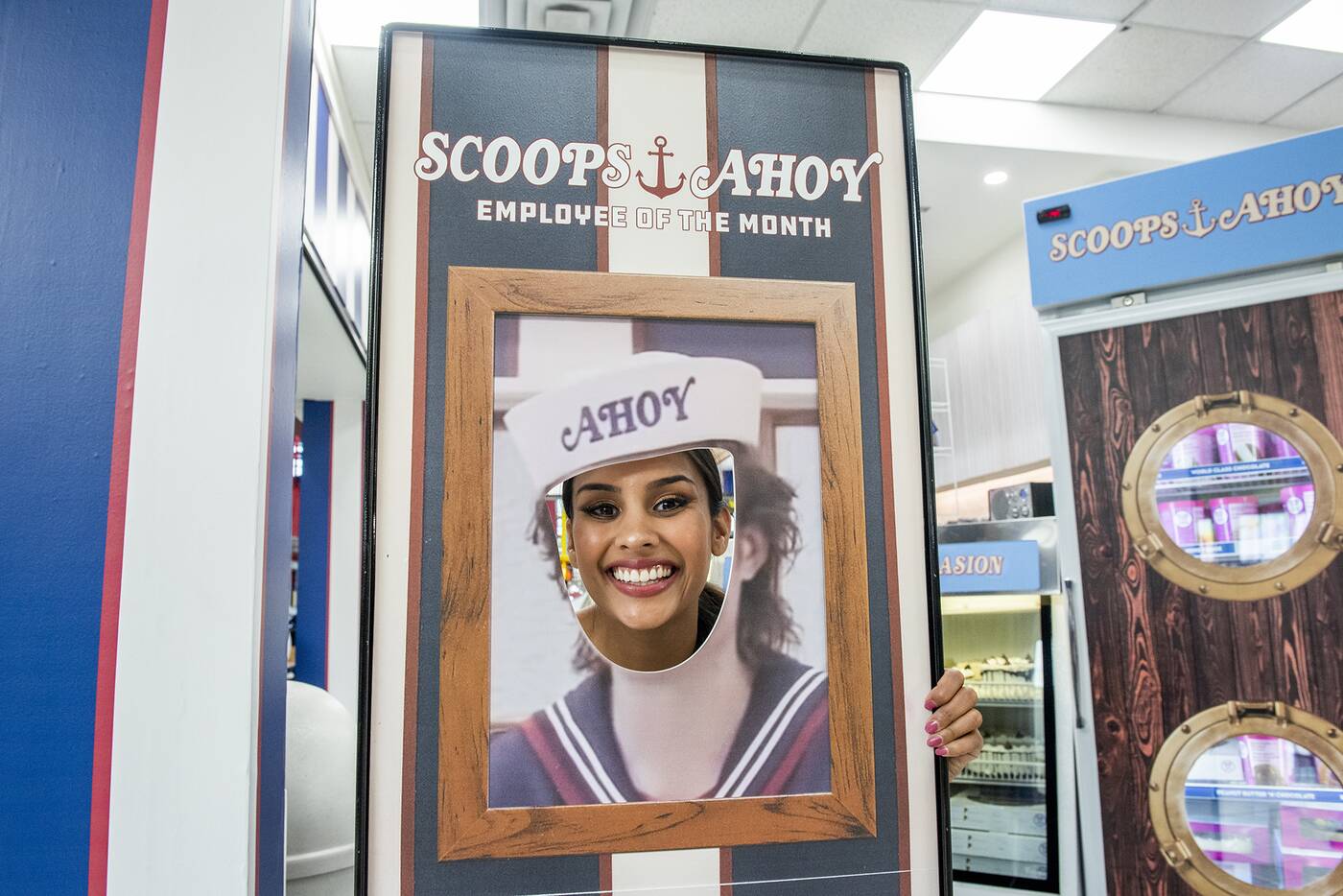 For additional fun, there’s a cutout where you can pose and pretend to be the Scoops Ahoy employee of the month. There’s even a Snapchat filter that’s a part of the pop-up: find the Snapcode on a nearby poster in the mall to unlock it. 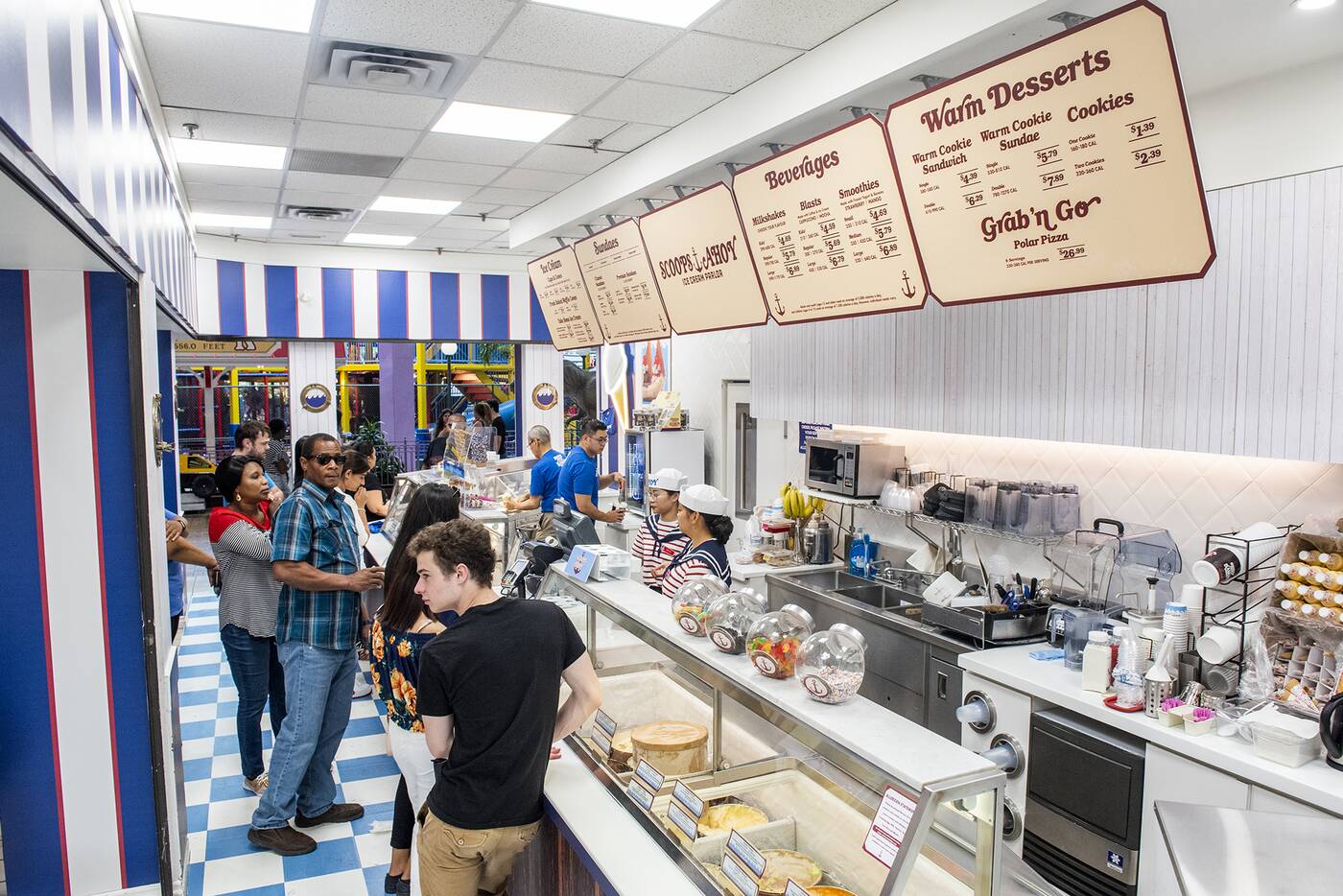 Kind of like shows on Netflix, Scoops Ahoy won’t be around in Woodbine Mall forever, so head there before their final day on July 14 to nerd out and get a cool treat. 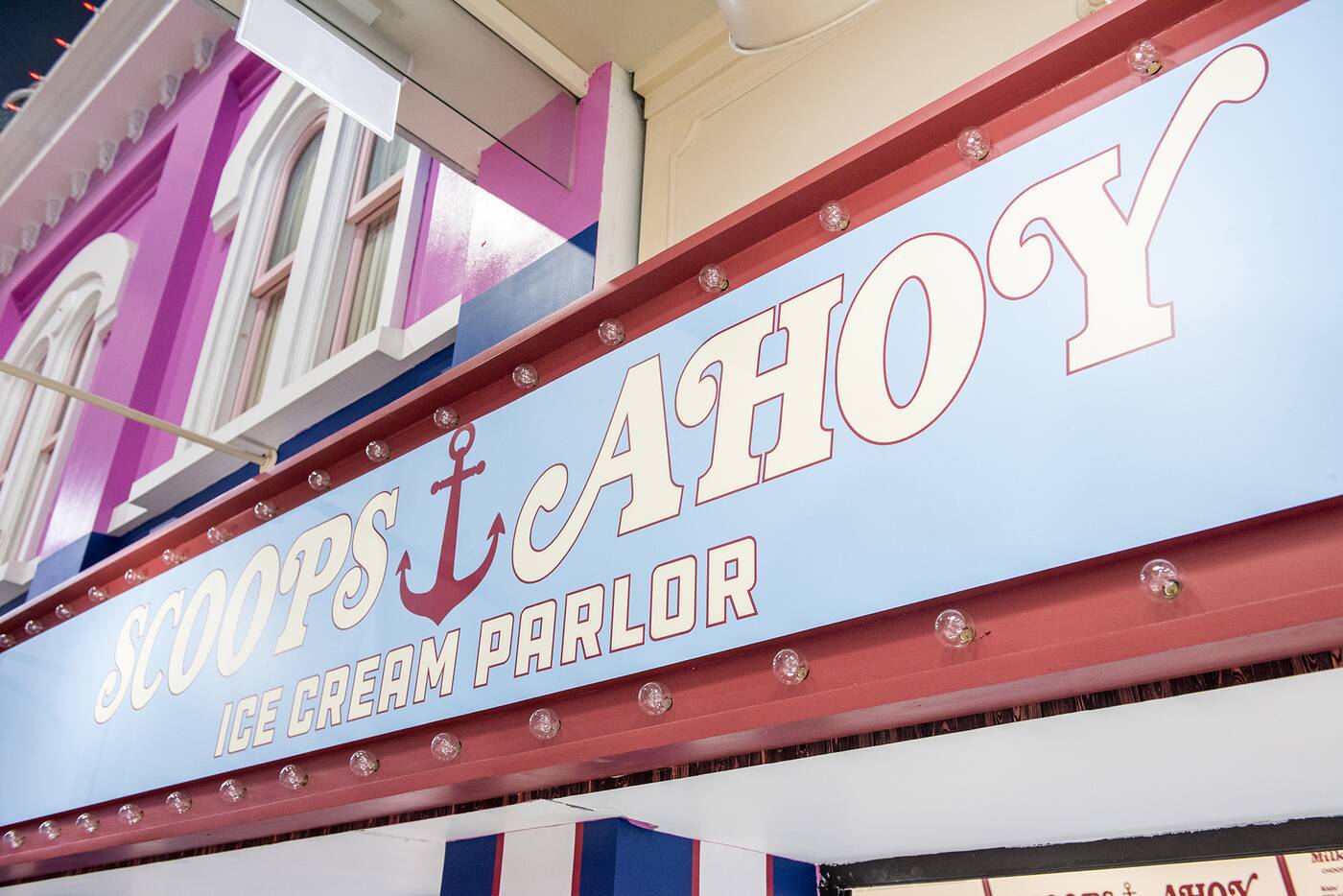