One of Toronto's favourite new restaurants in turmoil after chefs quit

Contemporary Mexican restaurant Quetzal has closed temporarily after a falling out with two of its partners.

Just four months after opening, the swanky Grant van Gameren-backed project announced on its website that, for now, it will no longer be serving its refined menu of Mexican dishes to the public.

It also says that it plans to re-open soon, though when exactly is unclear. 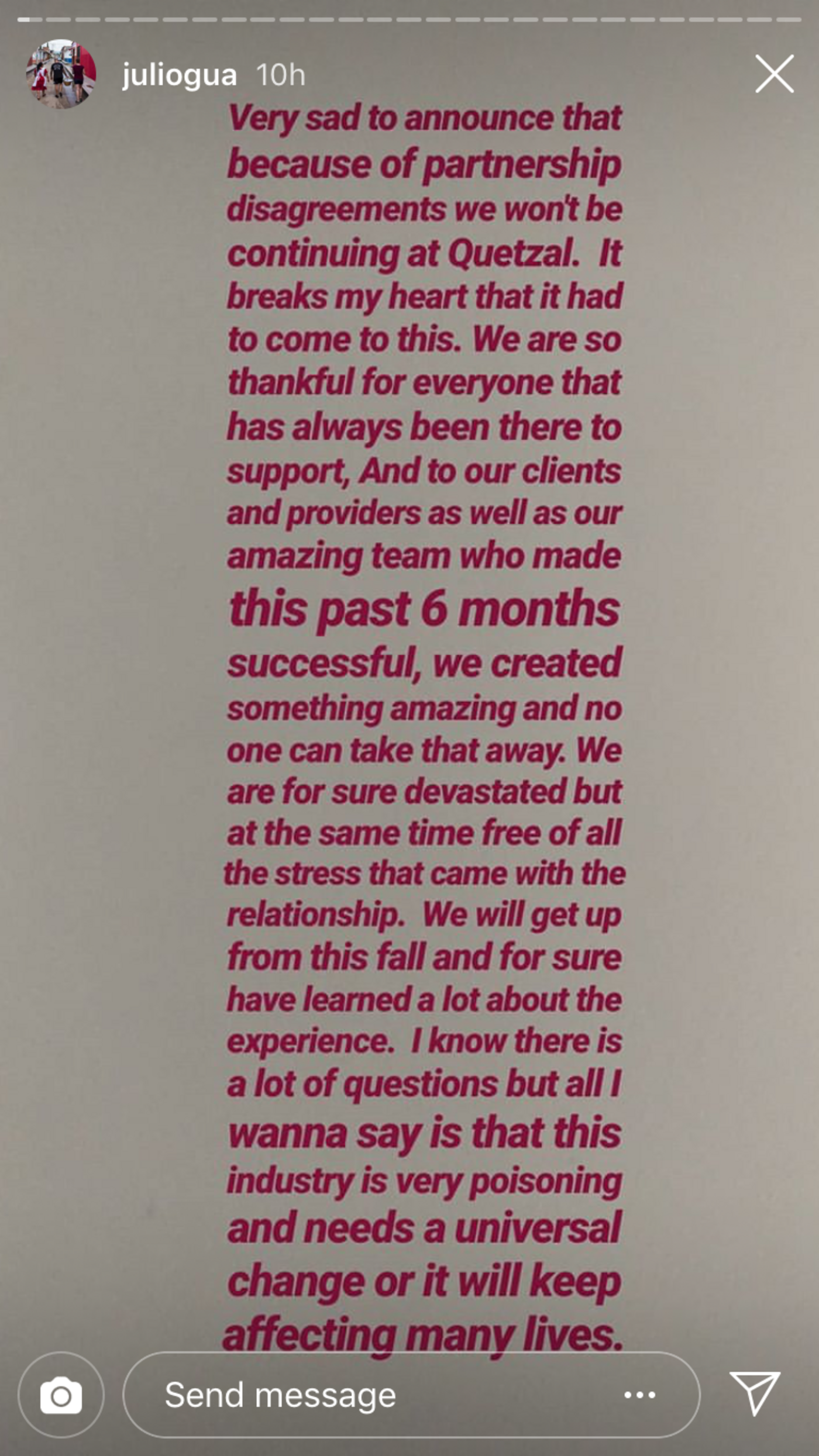 Ex-chef Julio Guajardo announced that he and partner Kate Chomyshyn will no longer be working with Quetzal. Photo via Julio Guajardo.

Also not detailed is how the restaurant's closure relates to "partnership disagreements" between Quetzal and chefs Julio Guajardo and Kate Chomyshyn, who van Gameren had previously worked with at Kensington's El Rey.

According to a post on Guajardo's Instagram story yesterday, both chefs have officially ended their relationship with Quetzal.

"It breaks my heart that it had to come to this," said Guajardo. "We are for sure devastated but at the same time free of all the stress that came with the relationship."

" I know there is [sic] a lot of questions but all I wanna say is that this industry is very poisoning and needs a universal change or it will keep affecting many lives."

Meanwhile, Chomyshyn's Instagram account has acquired a new addition to her bio: an "RIP" next to Quetzal. 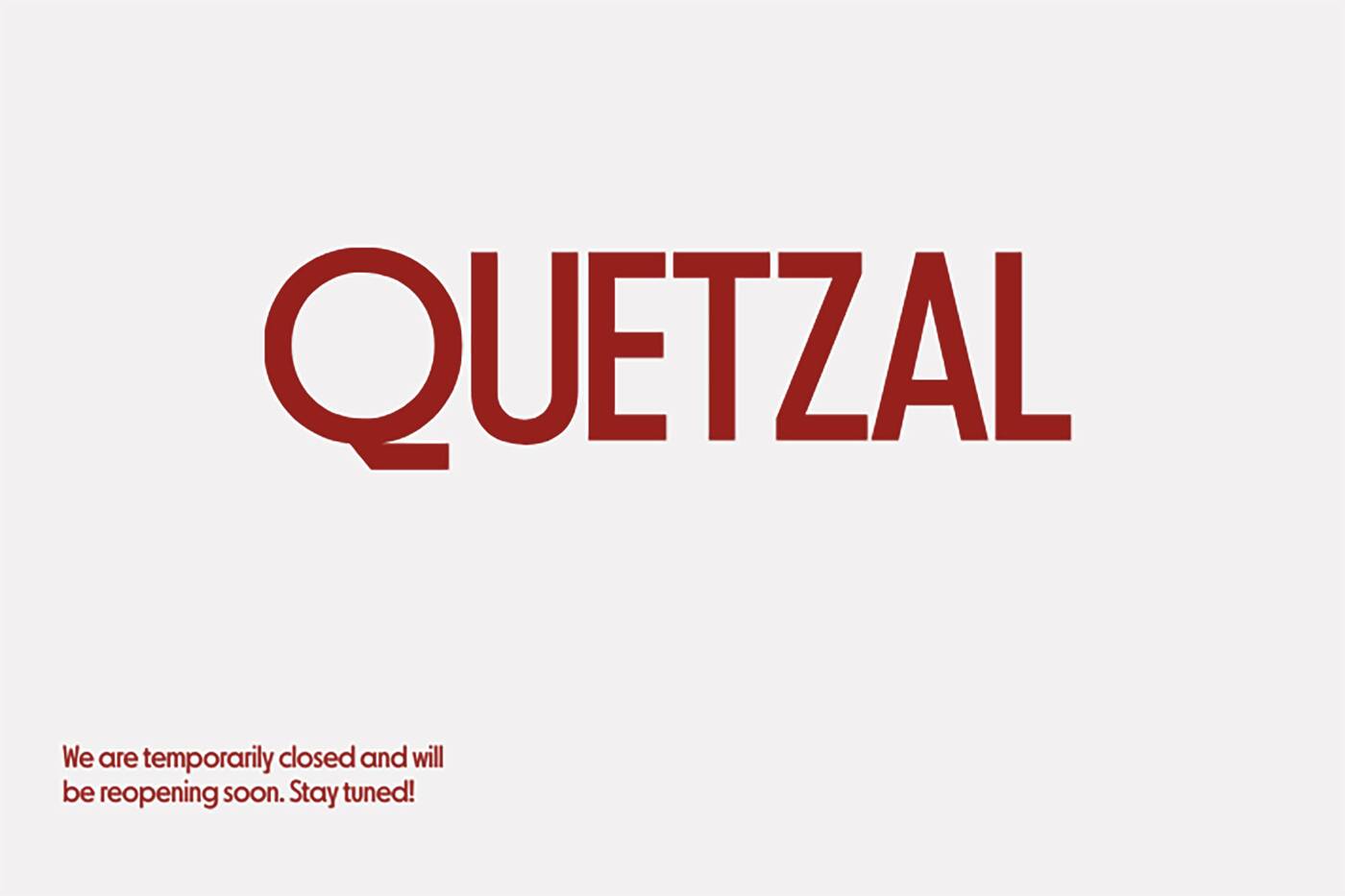 Quetzal's website states that the restaurant will be re-opening soon. Photo via Quetzal.

It's unclear as to what exactly caused the rift between Quetzal and its partner chefs, whose expertise on Mexican culture are credited as the reason the restaurant's menu has been one of the most lauded selection of Mexican eats in recent years.

According to a comment from van Gameren—who also runs the recently opened vegan Mexican restaurant Rosalinda—to Toronto Life, the restaurateur wishes Guajardo and Chomyshyn "nothing but success".

"Our relationship unfortunately has not worked out,” he said to Now Toronto via e-mail.

According to Quetzal's communications representative, he and remaining Quetzal partner Owen Walker will be re-opening the restaurant eventually, just when exactly is unclear.