One of Toronto's leading purveyors of obscenely decadant milkshakes has quitely closed its doors on West Queen West.

Hollywood Cone, known for its "mutant" freakshakes and "titanic" 18-inch-long ice cream sundaes, opened its first location in The 6ix just under two years ago at 1167 Queen Street West after finding success with its popular food truck and Oshawa store.

The Oshawa location is still going strong, but the Toronto location—which is a franchise seperate from the main business—appears to be lights out with landlord distress warrant signs on the door. 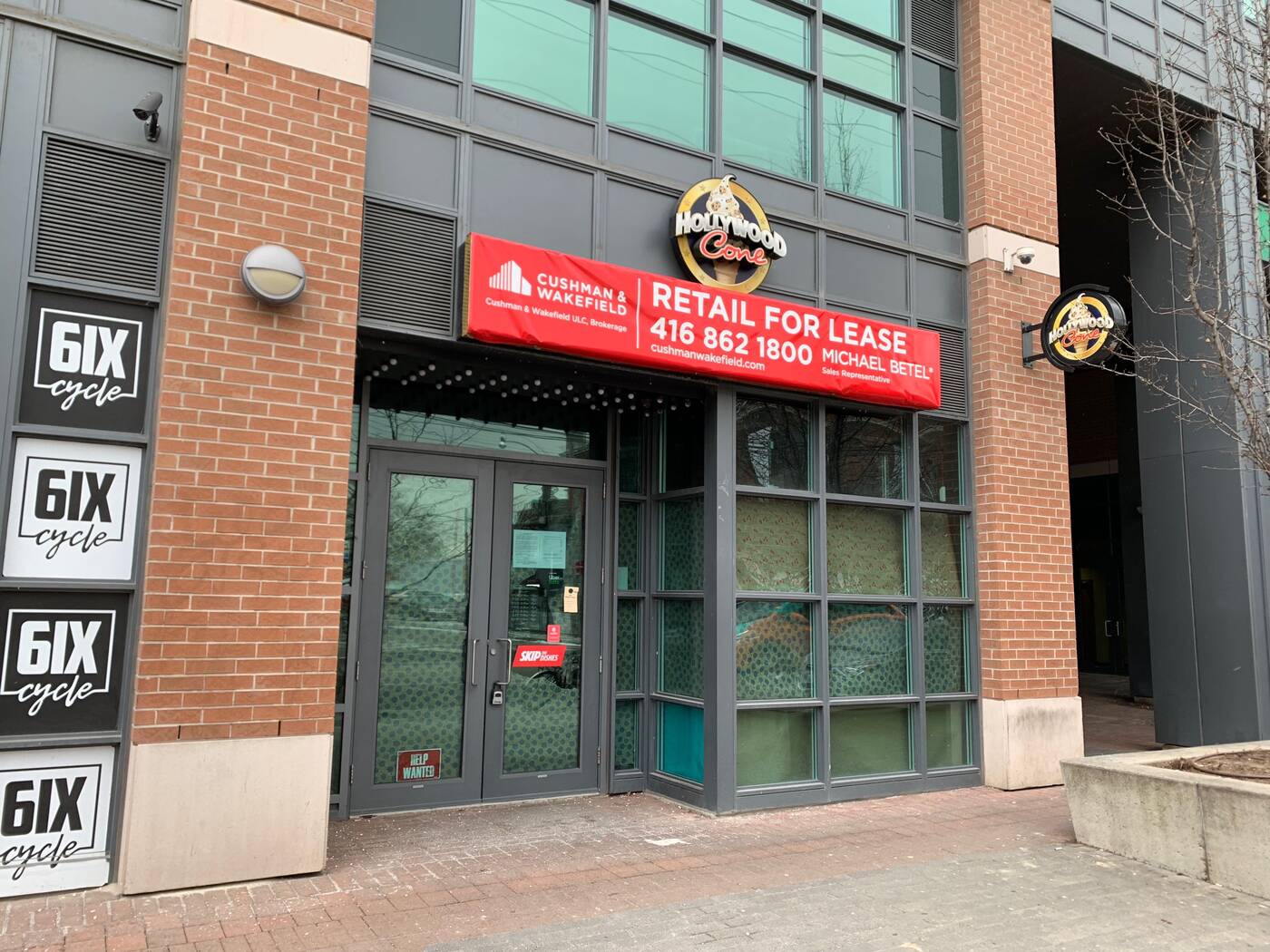 Hollywood Cone owes more than $25,000 in back rent to the building it was renting space from in downtown Toronto, according to the warrants. The store's windows are now papered over and a "retail for lease" banner has been plastered under its logo.

Oddly, the business mentioned nothing of this on any of its social media channels.

An Instagram account specific to the Hollywood Cone store in Toronto hasn't posted since November of 2018, however, and the company could not be reached by phone for comment. 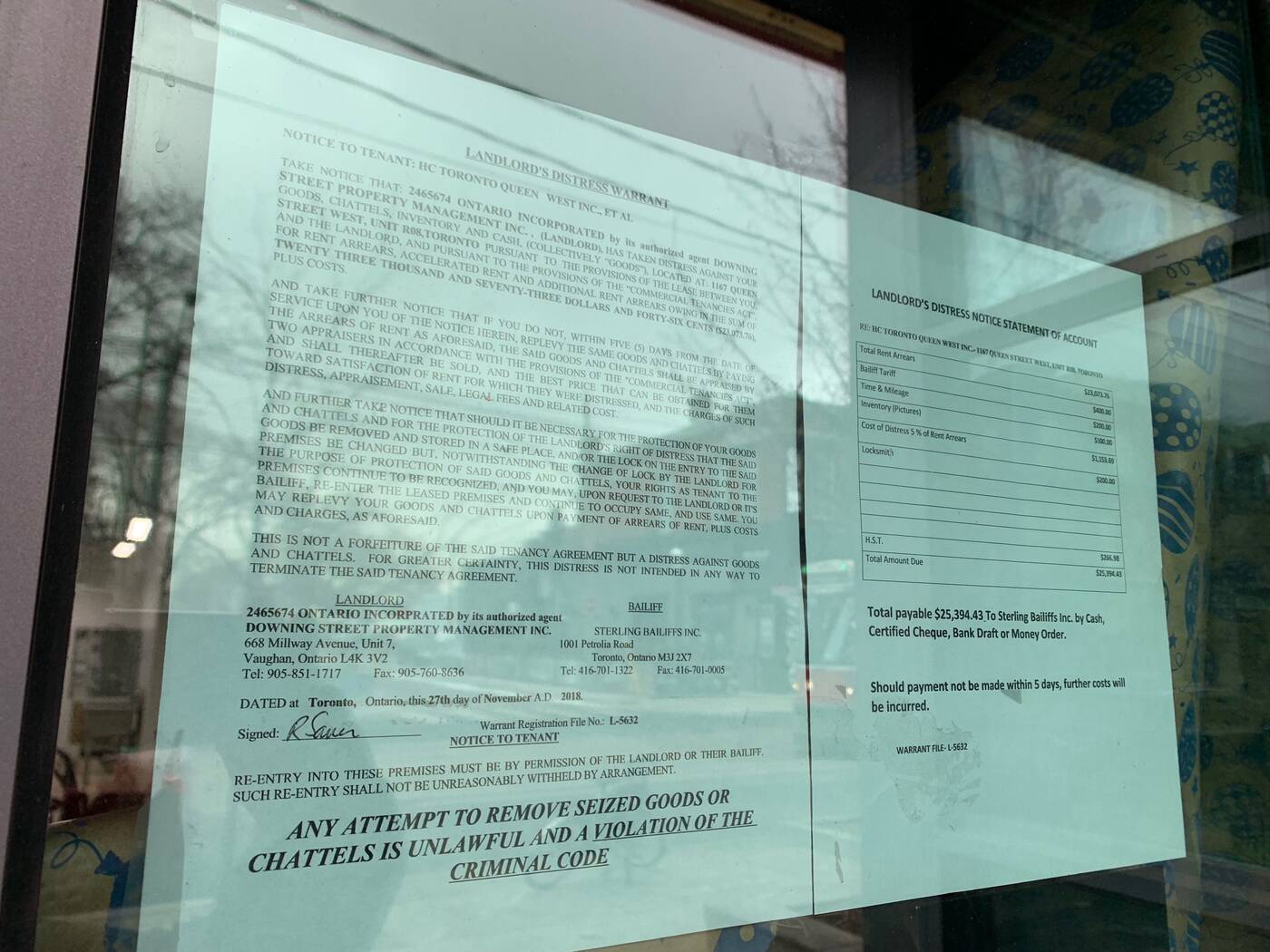 "Where are you guys located in Toronto now since Dufferin location is closed?" asked one in response to a recent post on Hollywood Cone's main Instagram page.

"So the old store is permanently closed?" asked another. "I went by and I was about to cry."

The company has been saying in its posts recently that a new store is "coming soon," but have yet to release any details about when or where that'll be.

For now, you can get your cereal shakes and Reese Wheresmyspoon sundaes in Oshawa, or by tracking down Hollywood Cone's food truck at festivals and events around Ontario.

Update: The owner of Hollywood Cone Franchising sent the following statement to blogTO in response to this report:

"In 2018 the original owners of Hollywood Cone went bankrupt and the stores were left on their own. The Toronto store was leased under the original owners, we tried to make arrangements with the management company, unfortunately that did not work out.  With great sadness we were left with no other option but to close that one down. We are very focused right now on turning the brand around, still providing our famous dessert that our fans love, but hopefully with a new look, new menu and exciting new creations that will set us apart from the rest."