There's now only one brewer doing buck-a-beer in Ontario

The commotion around Doug Ford's buck-a-beer initiative has been quiet lately. Even quieter is how silently one of the only breweries offering beer for a buck started to not offer that beer for that buck anymore.

When buck-a-beer launched, three companies accepted the "challenge:" President's Choice, Barley Days, and Cool Beer Brewing. After a very, very short stint, the PC beer ended its run at a dollar. Now, news comes that Barley Days' "Loon Lager" is now for sale at the LCBO for $1.65. 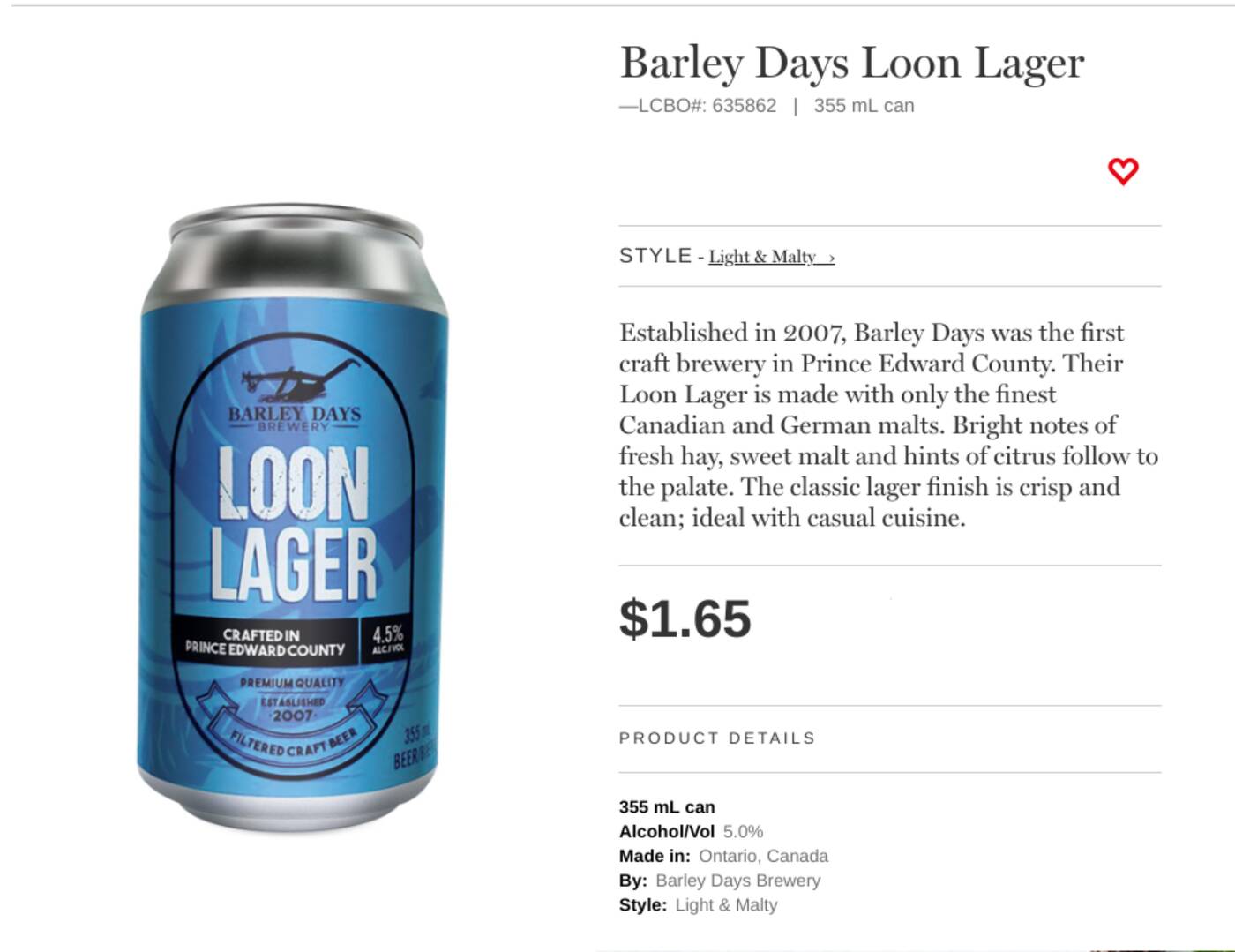 The Loon Lager was originally sold for $1.10 (one dollar for the beer, ten cents for deposit), but now it sells for $1.65. Image via the LCBO website.

Barley Days famously (or infamously) served as the backdrop for much of the PC government's promotion of the buck-a-beer policy. Now it seems those days are over.

As it stands, only Cool Beer Brewing is offering something for the buck-a-beer challenge.

Their four pack of Cool Lager is available at the LCBO for $4.40. That price includes 40 cents for deposit.