On the heels of the first major snowfall of the season, Toronto's one and only outdoor shipping container market is now bracing itself for the toughest time of the year.

The month of November is notoriously difficult for the stalls operating out of Market 707: the strip of upcycled shipping containers outside of Scadding Court.

With temperatures dropping quickly and the area all but barren of foot traffic as windblown pedestrians retreat to the warmth of the indoors, business owners on this strip of Dundas must hustle harder to pay off their monthly leases for the rest of the season.

That's especially hard in a climate like Canada's, where the dreary effects of winter weather can last up to half a year. 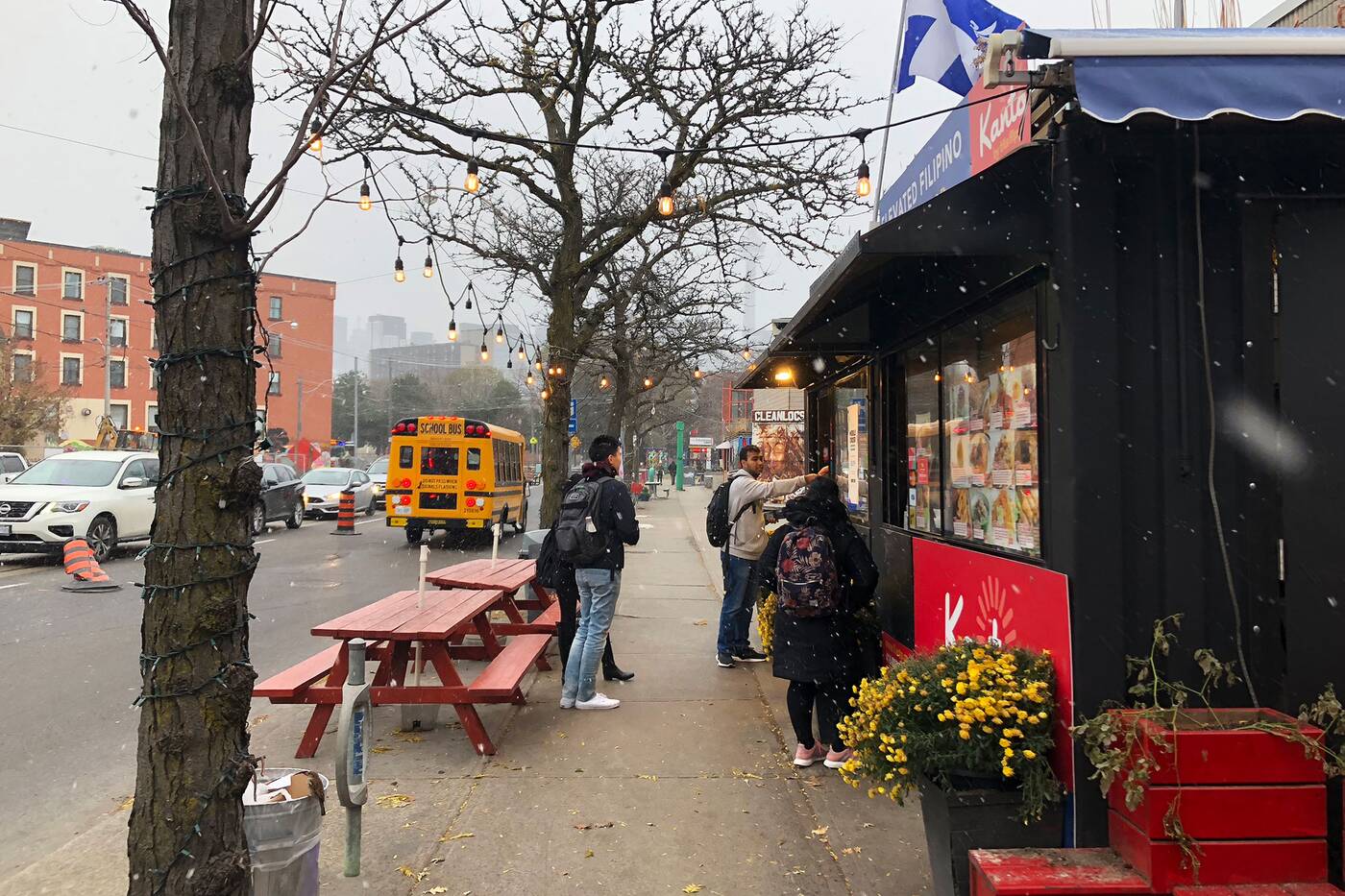 Market 707 has over 14 stalls, some of which close during the winter while others continue to operate.

But while some services like SC Cycles and CleanLocs have seemingly succumbed to the cold, shuttering up for the month of November, other businesses are sticking it out to make that extra cash.

Market 707 veteran Marc Perraut of Nom Nom Nom Poutine, which has been open since 2011, is one of the few stalls—alongside other seasoned containers like Gushi and Kanto by Tita Flips—that are open on a Friday afternoon.

"The first winter is always the absolute worst period of time for every business," says Perraut of new arrivals in the Market . "After you pass your first winter, you're good to go." 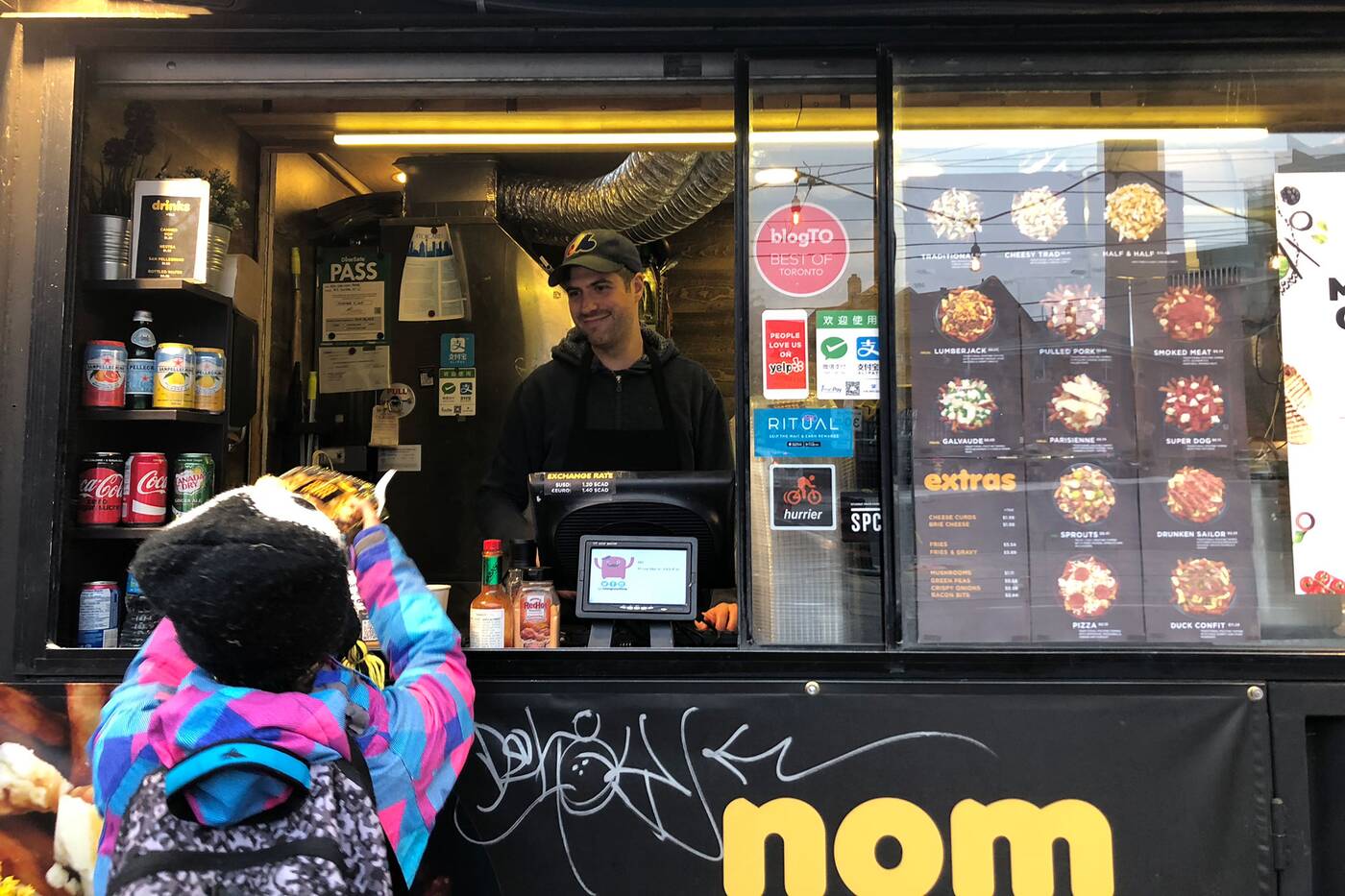 Over the past seven and a half years of serving poutine out of a shipping container that's smaller than most walk in closets, Perraut has developed a system that keeps him afloat during the winter, namely through deliveries.

Catering to those settling into hibernation mode, Perraut says his delivery order increase by about 50 per cent in the winter.

"It replaces the walk-ups."

Nom Nom Nom Poutine utilizes nearly every delivery app, from Ritual to Uber Eats, along with payment systems like WeChat and the burgeoning Canadian cryptocurrency via Bunz.

On top of that, Perraut can be found in his stall almost daily from 11:30 a.m. to 7 p.m.—a valuable trait considering the stalls in Market 707 have a reputation for inconsistency, even in the summer. 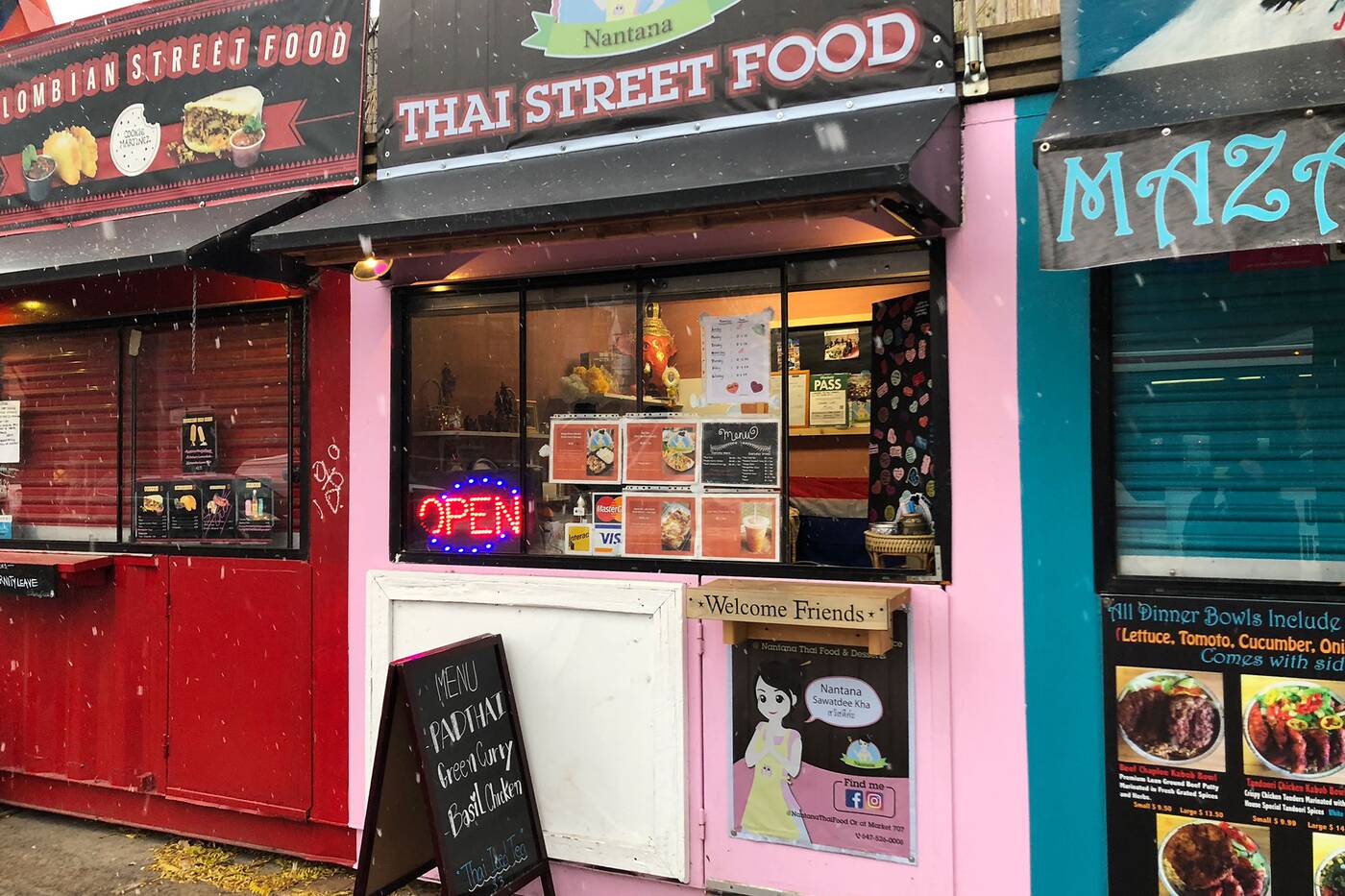 Nantana's will close up her stall for the winter before re-opening in Spring.

By staying open all winter (save for the dead period between Christmas Day and New Year's) it eases the burden of having to up the ante during the summer months in order to afford a few months closure.

Meanwhile, Nantana Salanont, who's in her first year of running her Thai food stall Nantana just west of Perraut, is still adjusting.

She says the cold weather has been hard, especially since she hasn't signed on with any delivery apps yet, though she plans on joining one next spring.

In the meantime, she'll be closing up shop to head back home to Thailand until March. When the snow starts to melt, she'll be back on her grind in preparation for another long, Canadian winter.