Toronto supermarket gets called out for styrofoam

The new Nations Experience grocery store / arcade / VR centre / indoor playground in The Stockyards has been hailed as everything from "inspiring" to "the best supermarket I've ever met."

But not everyone in the surrounding neighbourhood is thrilled about how the business operates.

More than 300 local residents have now signed a petition calling on Nations to stop selling food in styrofoam and plastic.

"Nations is serving all of their food in styrofoam containers and or non‐recyclable plastic. They are also selling produce on styrofoam trays and wrapped in plastic. This kind of waste creation is beyond excessive and is not welcome in our neighbourhood."

The petition was created by Stockyards resident Leila Canon-Ahern after her first visit to the supermarket, which took over the site of Toronto's first purpose-built Target location last month.

"Friends and neighbours, I need your help," wrote Canon-Ahern in a neighbourhood Facebook group on Monday. "I recently visited our new neighbour at Stockyards, Nations Fresh Food Supermarket. As I have heard echoed by many of you, I was appalled by their excessive use of styrofoam."

Along with a link to the petition, she included a powerful letter, addressed to Nations, with the post.

"All of your produce in the grocery section sitting on styrofoam trays and wrapped in plastic. And to top it off, there wasn’t a recycling bin anywhere in sight," reads a portion of Canon-Ahern's letter. 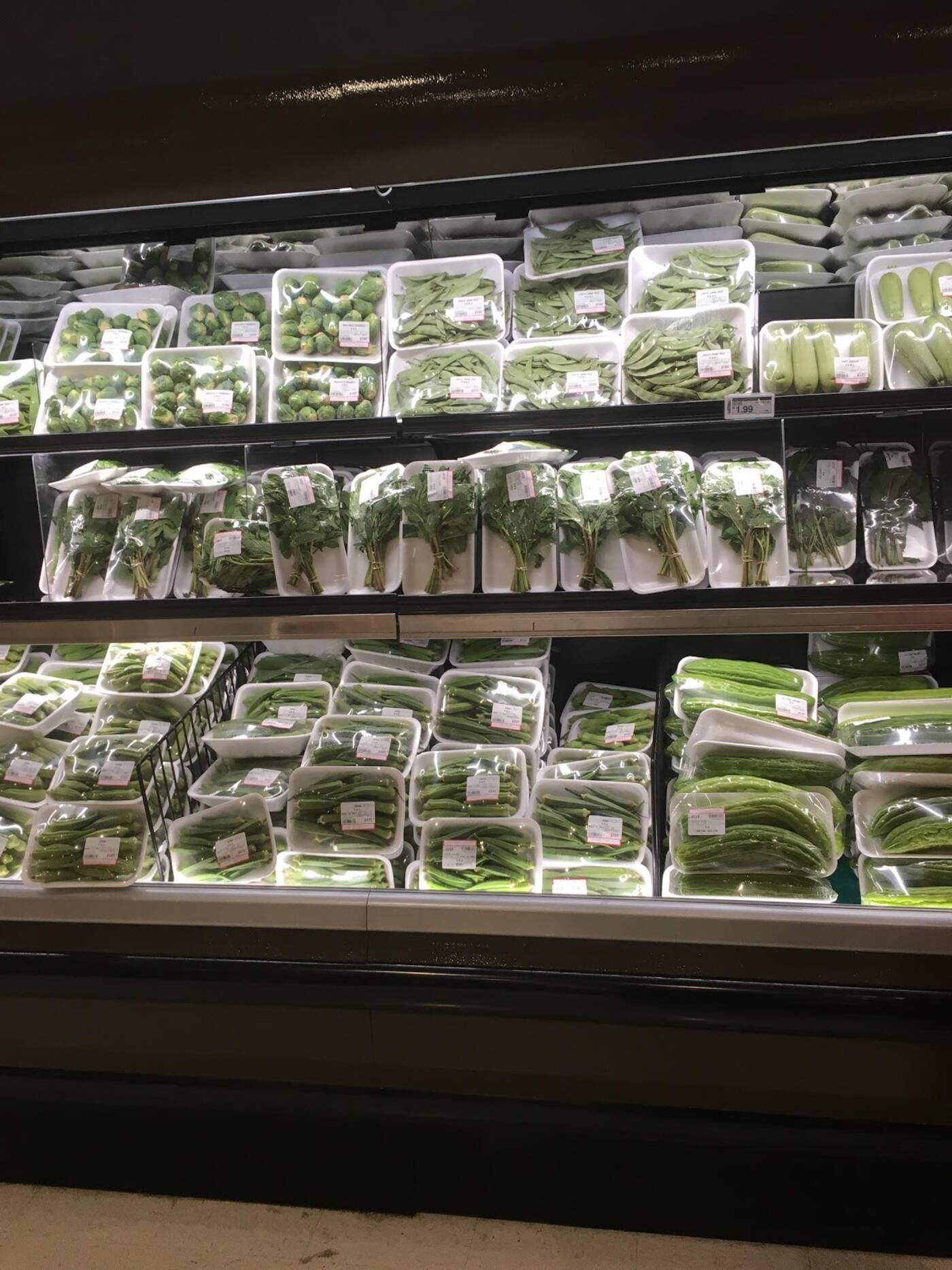 This image was included in the body of Leila Canon-Ahern's letter to Nations Supermarket.

"What the what? I felt heartbroken and sick," the letter continues. "I mean, in this day and age, when the oceans are full of plastic and the earth is being scorched by wildfires due to drought and rising temperatures...

"Polar bears are starving from melting ice caps. How can you not assume some sort of corporate social responsibility?" she asked, "Particularly when your store features huge banners that tout statements like 'think globally eat locally.'"

Canon-Ahern's Facebook post is lighting up with comments from other locals, and people beyond The Stockyards, who support the cause (and want Nations to change its ways).

I live near this grocery store and it's a great concept but I don't accept the waste created by their packaging. Please sign this petition! Nations Fresh Food Supermarket: Stop serving food in styrofoam and plastic https://t.co/oHduQNynhc

"So glad you did this! I’ve been wanting to do the same! Will definitely hop on board with this," wrote one commenter.

" I refuse to return to the store until they make better choices," wrote another. "I couldn't find a single recycling bin."

Others are arguing that, while the amount of packaging isn't cool, it is common in many Asian markets – either for hygiene, presentation or freshness.

"It's sad but you will see this throughout most of Asia in supermarkets," wrote someone else in the Facebook thread.

"Almost all produce is sold packaged rather than loose. I think culturally they value packaging as it makes it the product look more expensive. I was gifted a box of peanuts once and the peanuts were wrapped in 10 layers of packaging."

Nations Supermarket has not yet responded to multiple requests for comment on the petition and use of plastic at its Stockyards store.