One of Toronto's first cold-pressed juice chains calls it quits

Toronto just lost one more place to start a cleanse.

Belmonte Raw, open for nine years in the city, has officially closed its doors. Operating two locations, the cold-pressed juicery is now finished.

In a notice posted to the door, founder and owner Carol Belmonte writes that it has been “an honour” but now plans to focus on her health, family, and passions. 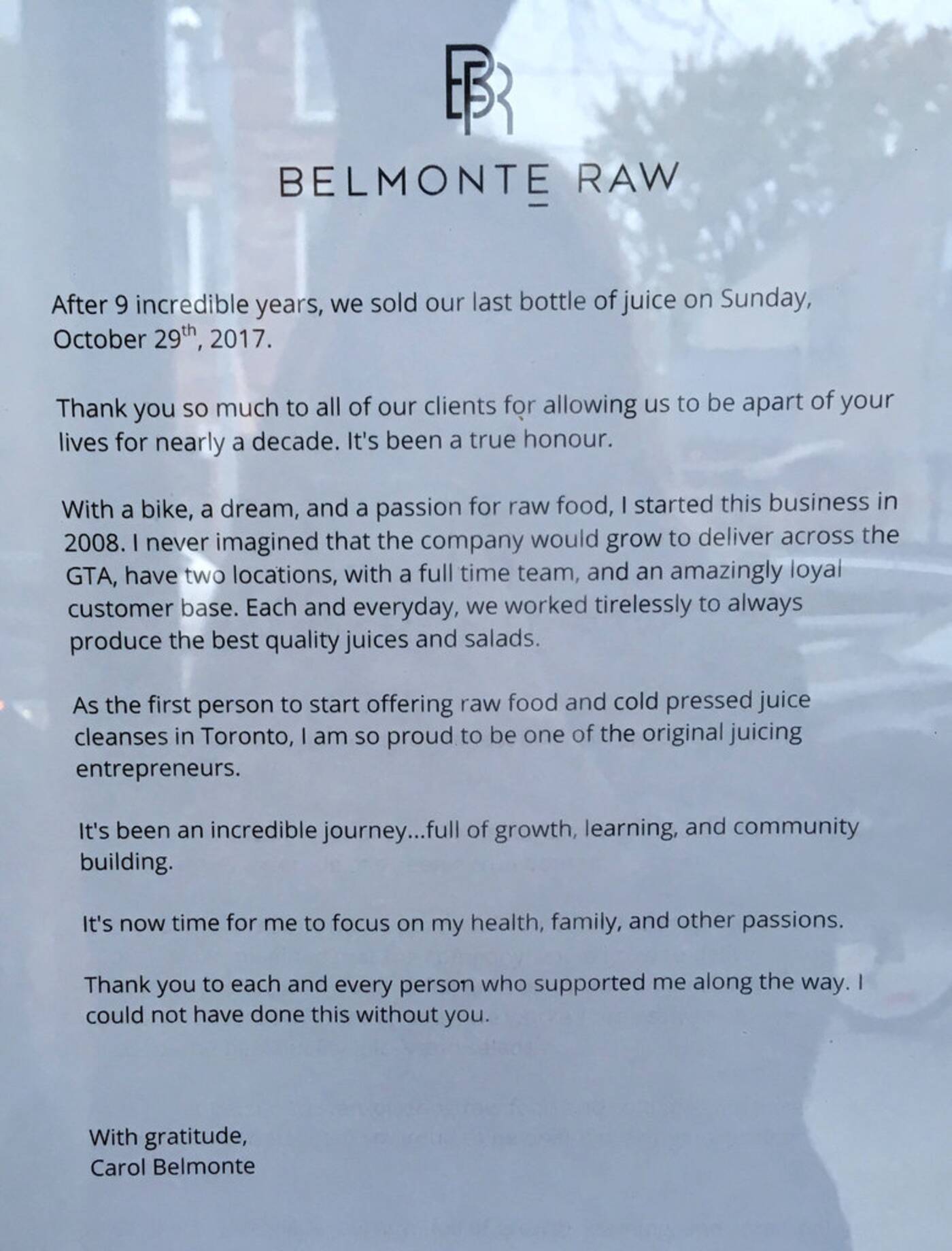 The notice posted on Belmonte Raw's door on Queen East. Image by blogTO.

The store in Leslieville was among the first in the city to jump on the cold-pressed juice trend, a space that was rapidly saturated as pricey juice bars opened in neighbourhoods across the city.

In 2015, Belmonte Raw branched out with its second location in the PATH, but despite a high traffic location between the Exchange Tower and First Canadian Place it was noticeably less busy that some of the surrounding businesses. 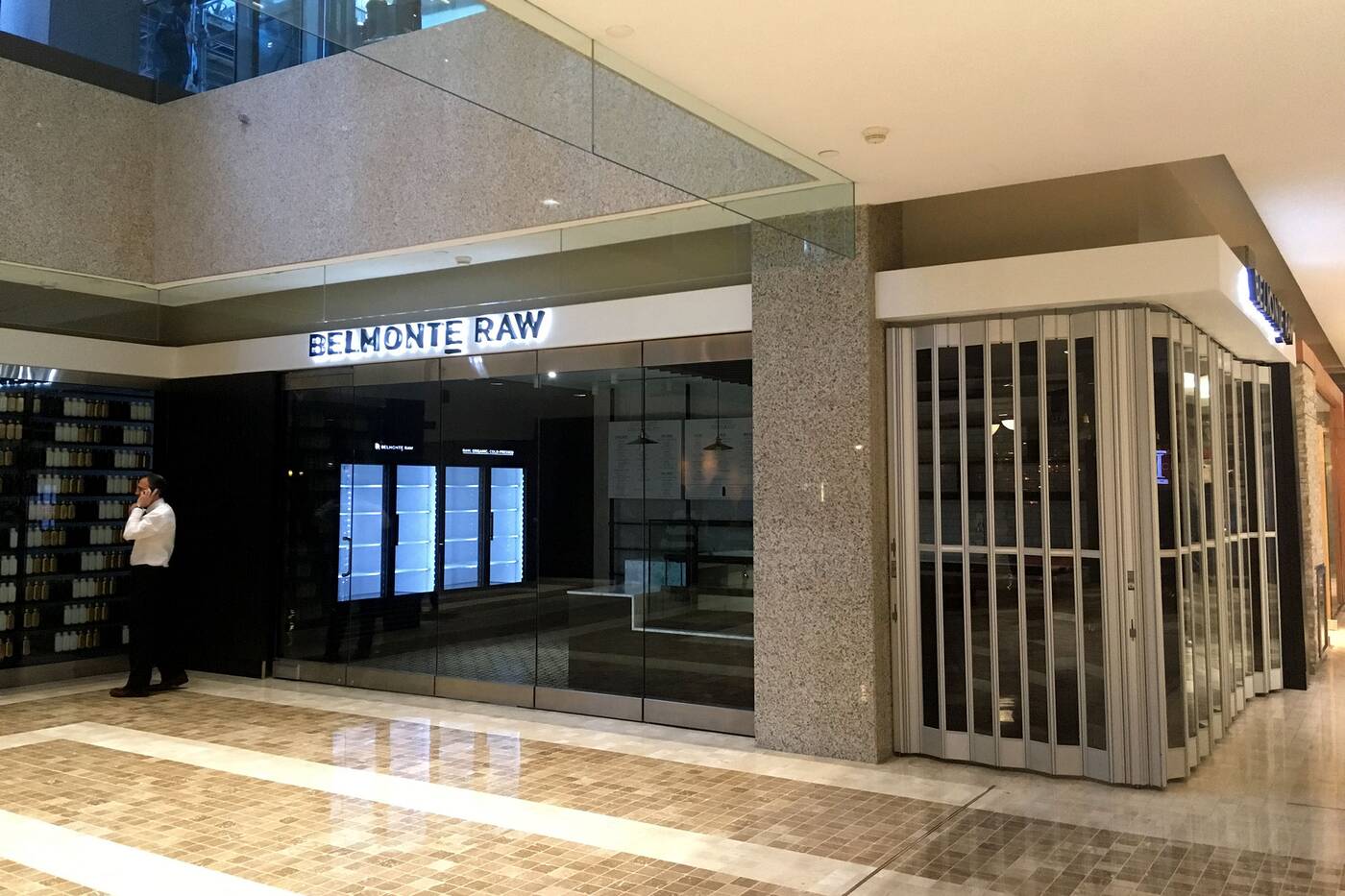 The shuttered PATH location as it looked on October 30. Photo by blogTO.

The tiny Leslieville location was also often empty, seemingly functioning more as a place where people would quickly pop-in to grab their regular juice supply than as somewhere to eat, drink and hang out for a while.

Popular vegan restaurant has closed its only Toronto location