One of Toronto's most popular poutine joints was embroiled in turmoil today after staff walked out of the flagship location on Queen.

A note posted to the front door of Poutini's seemed directed more at the owner than disappointed customers. It read in part "We have walked out as part of the right to refuse unsafe work conditions."

Someone that goes by the handle @entirepizza went further suggesting there were serious issues with the workplace.

we stuck it to the man and walked out of our fucked up workplace. we refuse unsafe work! #poutini's

A photo has surfaced online appearing to show some of the workers' complaints written on a white board in advance of the walkout. 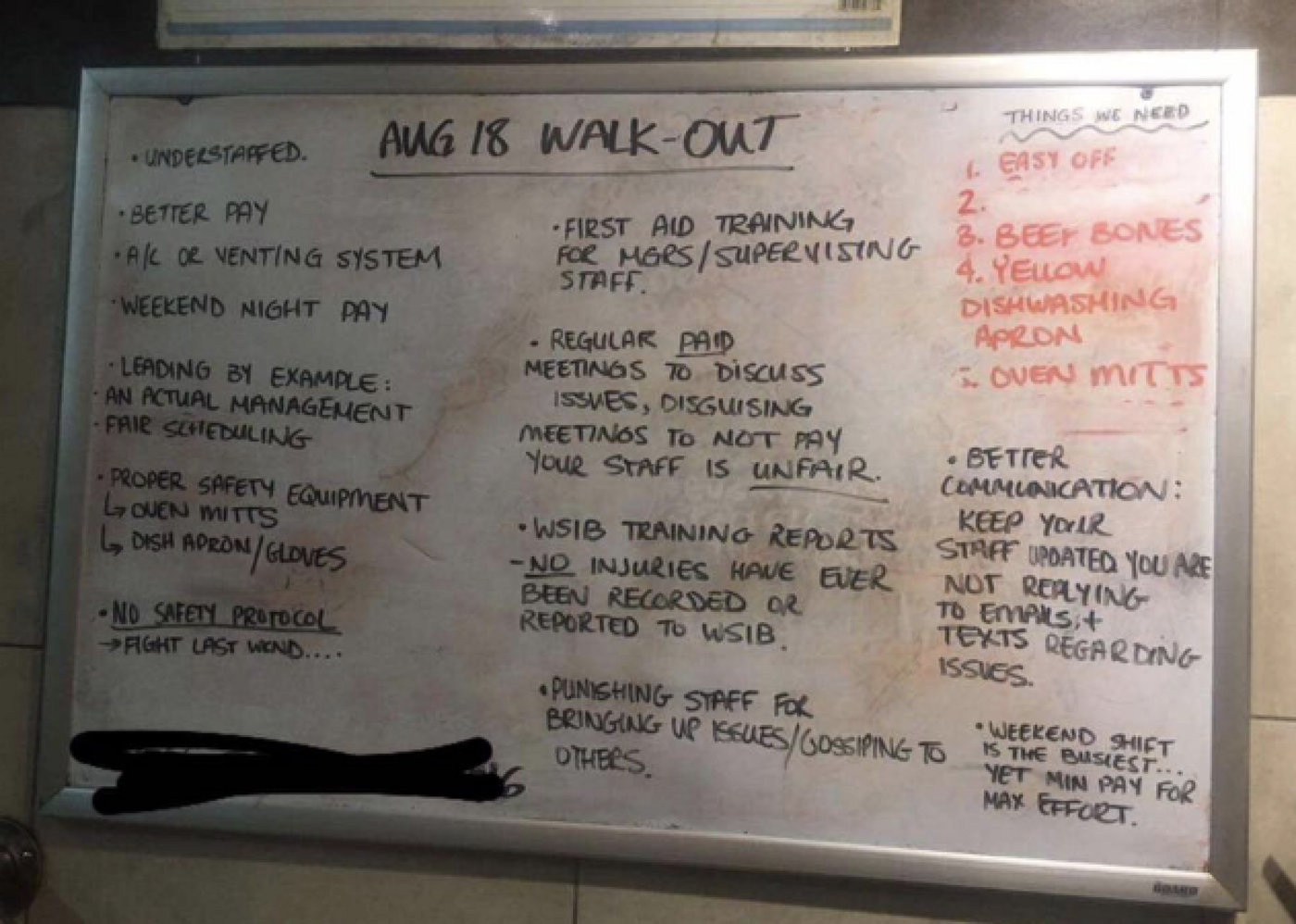 According to Owen Jacobson on Twitter, staff decided to stage a walkout due to worker safety issues, safety problems and pay issues. He also claimed the owner has since fired all staff and is in the process of re-hiring so they can re-open.

In response, the owner fired everyone involved and is hiring new staff. No sign any issues will be resolved: expect newbies to get screwed.

Poutini's has yet to respond to the developments. We will update this post once we know more details.