Taco Bell will start selling beer and wine in Toronto

Queen West is home to plenty of bars, and it looks like it's about to get a new one this season.

After The Hideout left its home at Queen and Denison, there was a rumour swirling around that Taco Bell would be replacing it. The fast food chain has now filed a liquor licence application for the space at 482 Queen St. W.

It's still unclear whether or not Taco Bell will be bringing its newish and more upscale Catina concept to Queen Street, but when it opens, it'll have some competition, considering Chipotle is moving into the neighbourhood too.

Taco Bell Canada has remained mum about its latest Toronto location and has yet to confirm if it's keeping its 466 Queen St. outpost (a Taco Bell-KFC hybrid) open as well. 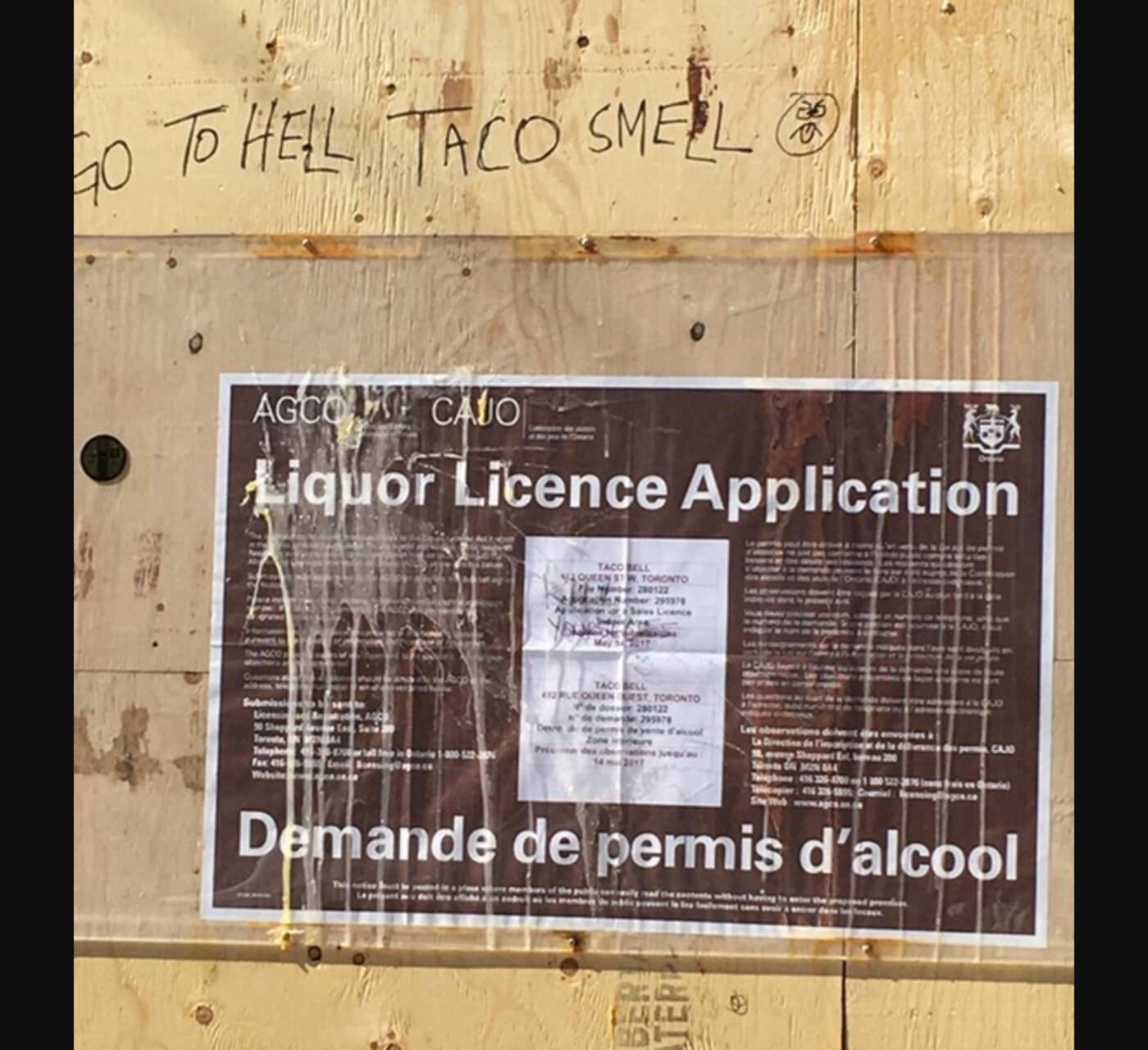 A photo of the liquor license application appeared on Reddit with the phrase, "go to hell taco smell," scrawled above it.

For concerned live music fans, The Hideout has since found a new location at 423 College St.