This summer (and fall), for instance, it was all about epic cones, Thai rolled ice cream, sushi burritos and poke. It seemed like every time we announced a new raw fish-filled restaurant, another one would pop up. So why do restauranteurs play into these trends? Much of the time, it's a coincidence.

Johnny Chan, who's part of the team behind Poke Guys, says he and his business partners were thinking about starting a poke spot before Big Tuna - the city's first poke restaurant - announced it was opening in Koreatown. That pushed their plans forward.

Chan, who also runs Smash Kitchen in Markham, says he knew Poke Guys would get lots of hype when it first opened. And, in fact, in their first week, there were people queuing up outside the door around lunchtime.

Since then, it's been less busy. But Chan hopes to keep customers loyal by keeping prices competitive and portions big. "Yeah, there's a lot of competition," he says. "There are about 10 poke stores rights now, but the good thing is, they're all over the place." 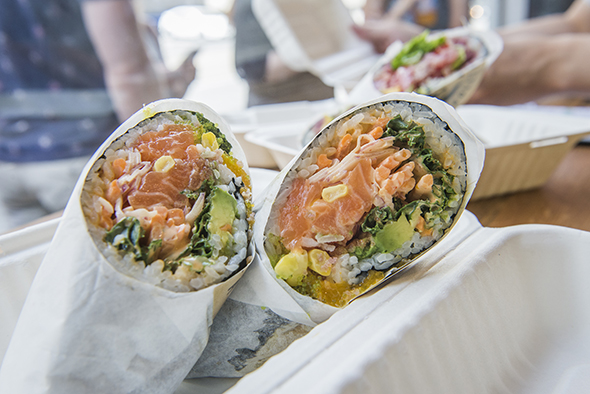 Su & Bu also serves poke. But, it's primarily a sushi burrito spot. Co-founder Aaron Serruya says he and his cousin began launching their business last August. They were inspired by a sushi burrito joint on the west coast of the United States.

The two have lots of experience with restaurants, considering their fathers run Yogen Fr端z and Yogurtys - you could say they're no stranger to food trends.

But they plan to differentiate themselves from other poke and sushi burrito joints by serving a unique menu. Despite the proliferation of these types of restaurants, they're moving forward with their two locations - one that's in soft launch downtown and another in Thornhill.

"We've kind of stuck with our guns from the very beginning. We had a vision for what we wanted our brand to entail," says Serruya.

On the sweet side of Toronto's food scene, Fugo Desserts joined what felt like a host of new ice cream parlours this past summer. "We saw ice cream places up-and-coming, we're like hey, we can do something cool like this as well," says co-owner Jethro Kwan. 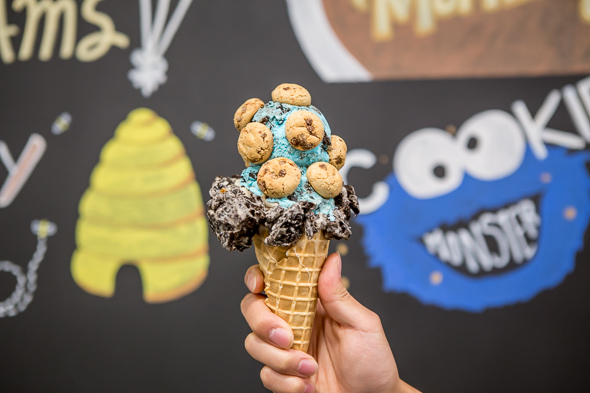 Fugo became Instagram famous for its Cookie Monster cone, and Kwan knows it'll tough to follow up with another smash success like that. He's also aware that he and his team need to branch out for the colder months.

"We love ice cream, and we know Toronto loves ice cream," he says. "But hey, I'm just not feeling ice cream in the wintertime."

That's why Fugo's rolling out a dessert menu, one that'll include gooey Japanese-style cheese tarts, or as Kwan calls them, lava tarts. They'll be available at Fugo before Japan's Pablo opens up next year.

And as Kwan notes, they've been on Bake Code's menu for the last little while. It looks like Toronto has something new to start lining up for.