Toronto pizzeria lets you vote in the US election

The American election is all anyone can talk about right now (aside from baseball, that is), and for good reason. Although despite the fact that Toronto's super invested in it, the vast majority of us can't even vote. But one restaurant's trying to change that.

North of Brooklyn Pizzeria wants to give Canada the vote via pizza. The local mini chain has introduced two new pizzas to its menu: The Donald and The Hillary.

You can cast your vote by purchasing one of these presidential pizza. And to up the stakes, an anonymous dual American-Canadian citizen will actually vote in the election based on whichever ever pizza proves more popular. 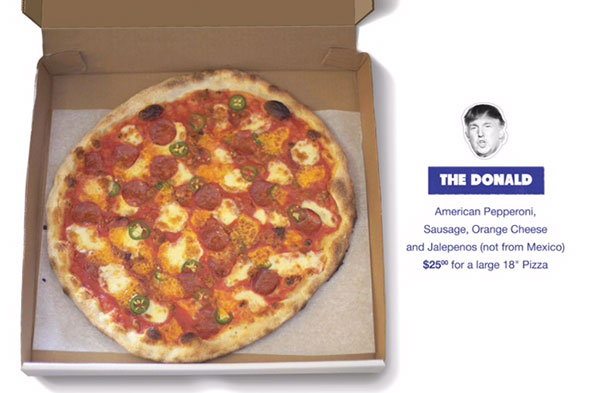 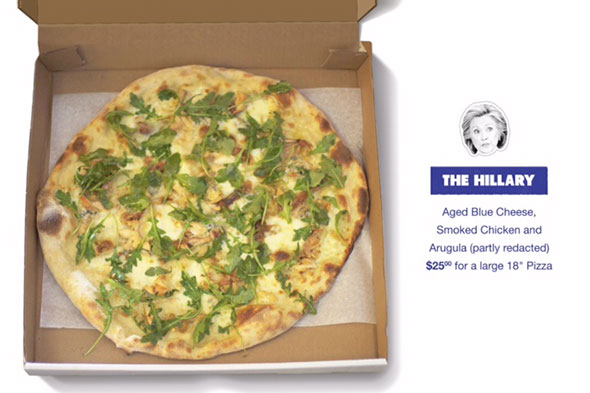 The Hillary comes topped with aged blue cheese, smoked chicken and arugula. Both cost $25 for a large (or dare I say, yuge) pie.

These pizzas should be ready right in time for the final debate, which starts at 9 p.m. tonight. 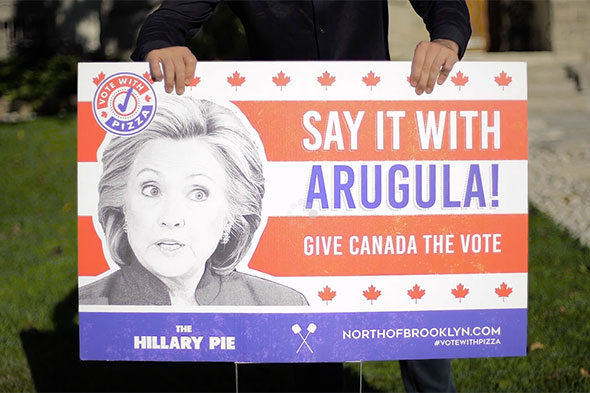 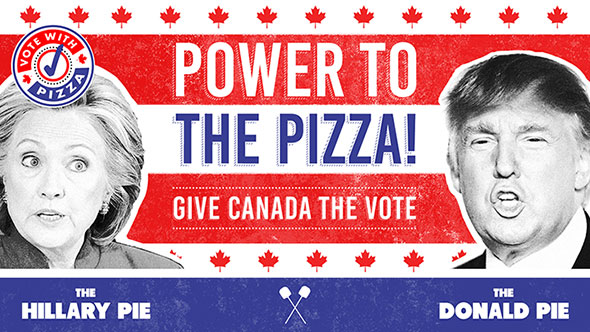 Will you vote with pizza? Let us know in the comments.