The top 26 cheap drinks in Toronto by neighbourhood

Cheap drinks in Toronto might not always be fancy cocktails, but if you know where to look for daily specials, you can have it all. From dive bars to student haunts, there are a number of places that offer you the chance to let loose without loosening your purse strings too much.

Here are my picks for the top cheap drink offerings in Toronto's many neighbourhoods.

Labyrinth Lounge has solidified itself as a top student drinking destination with its ultra cheap specials. Mugs of beer, select mixed drinks, and bar rail shots can usually be found around the $3.50 price point.

If you find yourself at Northwood between the hours of 5 p.m. and 7 p.m. you'll save $2 off any beer on the menu.

Happy hour runs from 5 p.m. to 7 p.m. at Bar Neon. It attracts locals with $5 draught beers accompanied by buck-a-shuck oysters.

The main appeal of The Red Room is undoubtedly its cheap drinks. This beacon for cash-strapped crowds pours pints for $5 or less and pitchers from $12. It'll even pour half pints for those really counting their pennies. 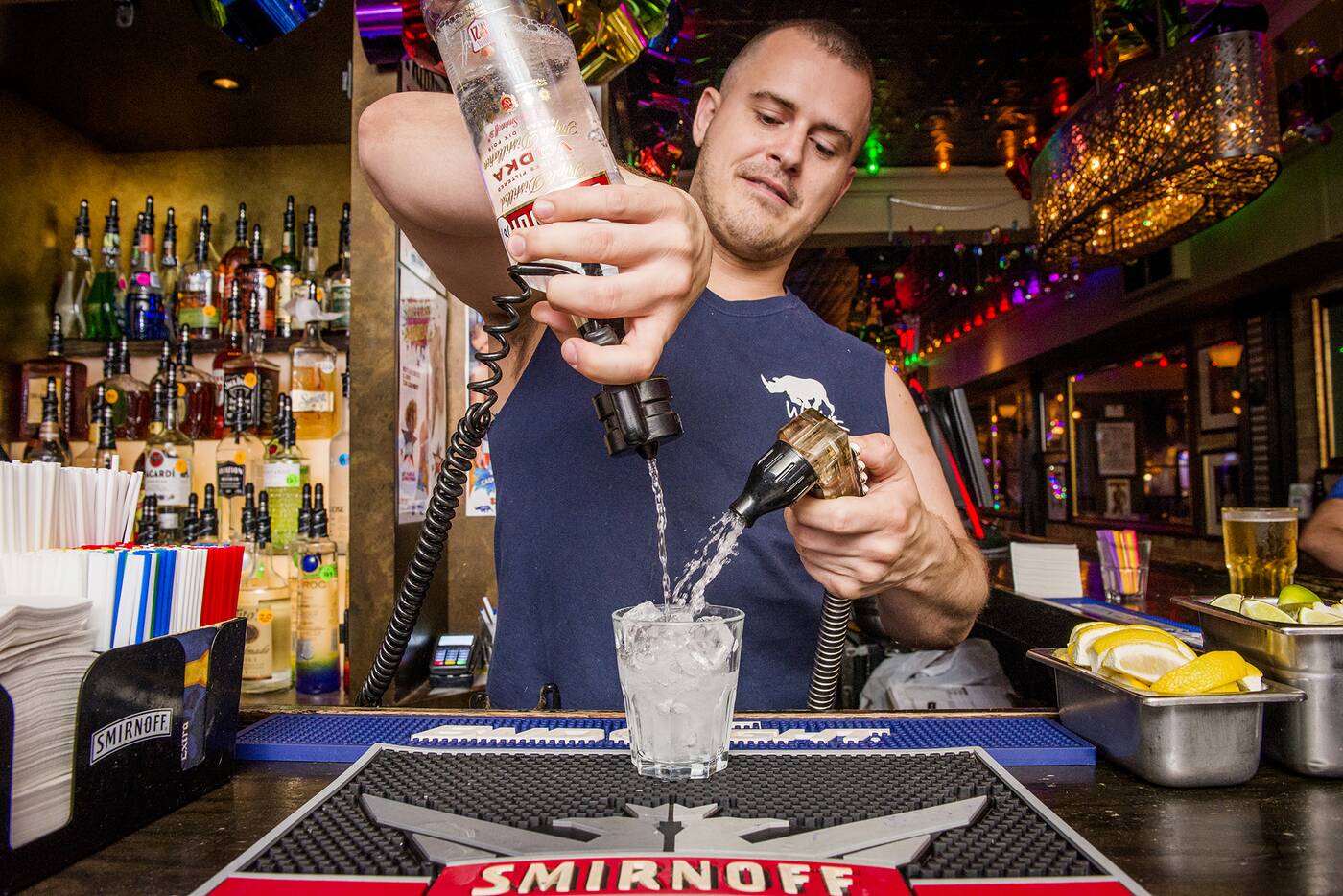 Daytime drink prices make their way into the evenings during the week at Woody's. Photo by Hector Vasquez.

The city's friendliest and most welcoming gay bar Woody's serves up cheap drinks from Monday to Wednesday. Discover domestic pints and bar rail for $5.25 all day.

Everyday of the week Sauce on the Danforth is offers cheap drink specials. Pints, cocktails and wine all get the discount treatment throughout the week.

Swan Dive is a laid-back, friendly, and unpretentious place, where cheap drinks come in the form of $5.25 rail drinks and $4 cans of PBR.

Unwind after work with drinks and nibbles throughout the week at The Merchant. Monday to Saturday there's a new $5.50 drink special including deals on Peller Estates Chardonnay, Stella and Old Tomorrow Brewery Beers. 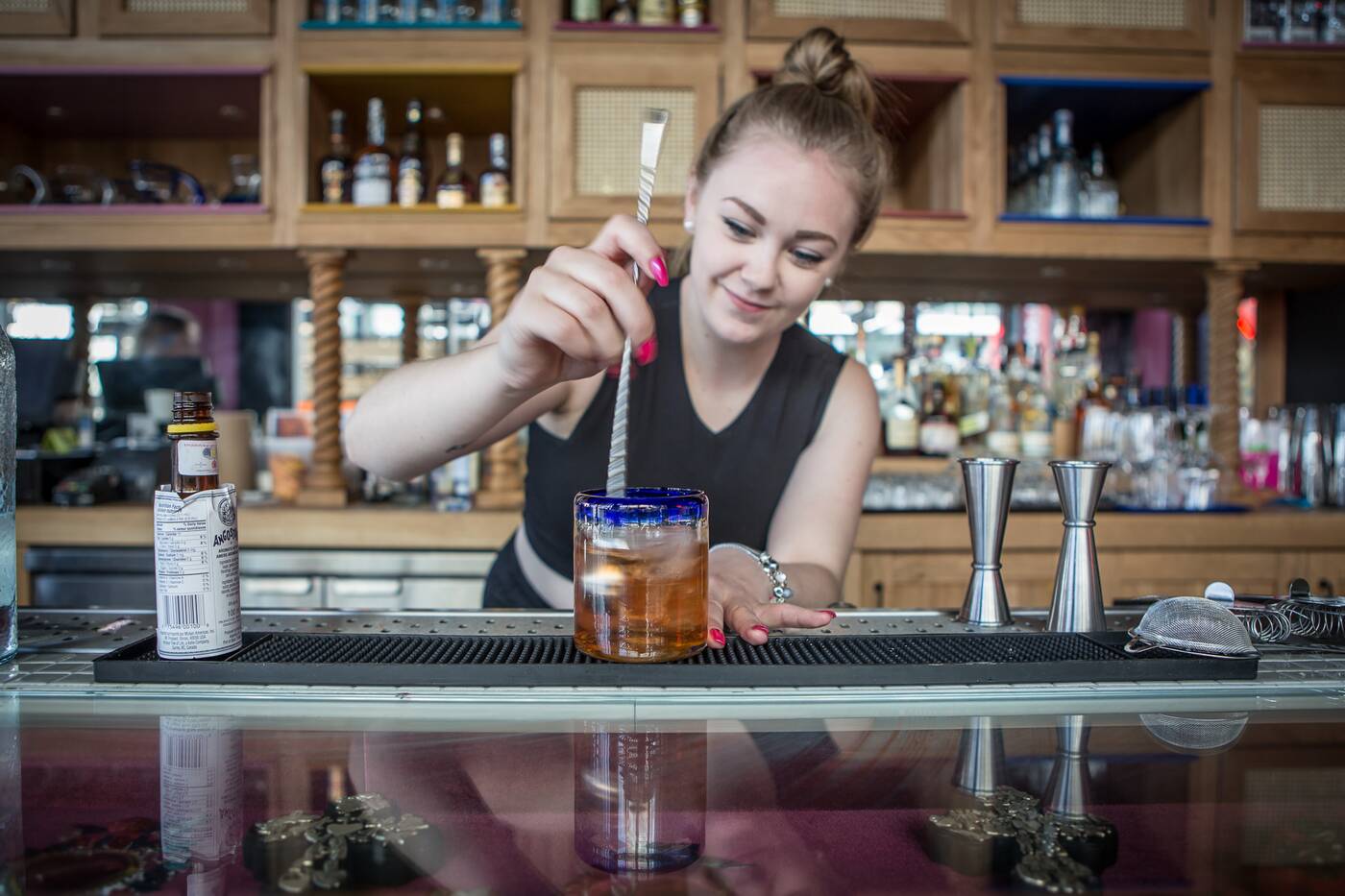 At Macho Radio Bar, you can grab a 14-ounce pour for $5. More enticing still are the daily discounts that see pitchers of sangria sell for $20 on Sundays, margs for $5 on Mondays, and shots of Tromba for $5 on Tuesdays.

The Bar With No Name is a laid back hangout where enticing daily drink specials include $12 pitchers on on Mondays, $3.50 bottles on Tuesdays, and $5 tall cans on Thursdays.

If you've never been to Kesington's down and dirty craft beer bar Thirsty & Miserable, you're missing out on their $5.75 a pint specials every Sunday.

Adelaide bar Crocodile Rock serves some of the cheapest drinks in the city. On Wednesday they do $2.50 drinks all night long and on Friday you can score the same deal until 10 p.m.

Pour Boy is an inviting neighbourhood pub where 20oz pours set you back $5.75 and cans starts as low as $5.50. 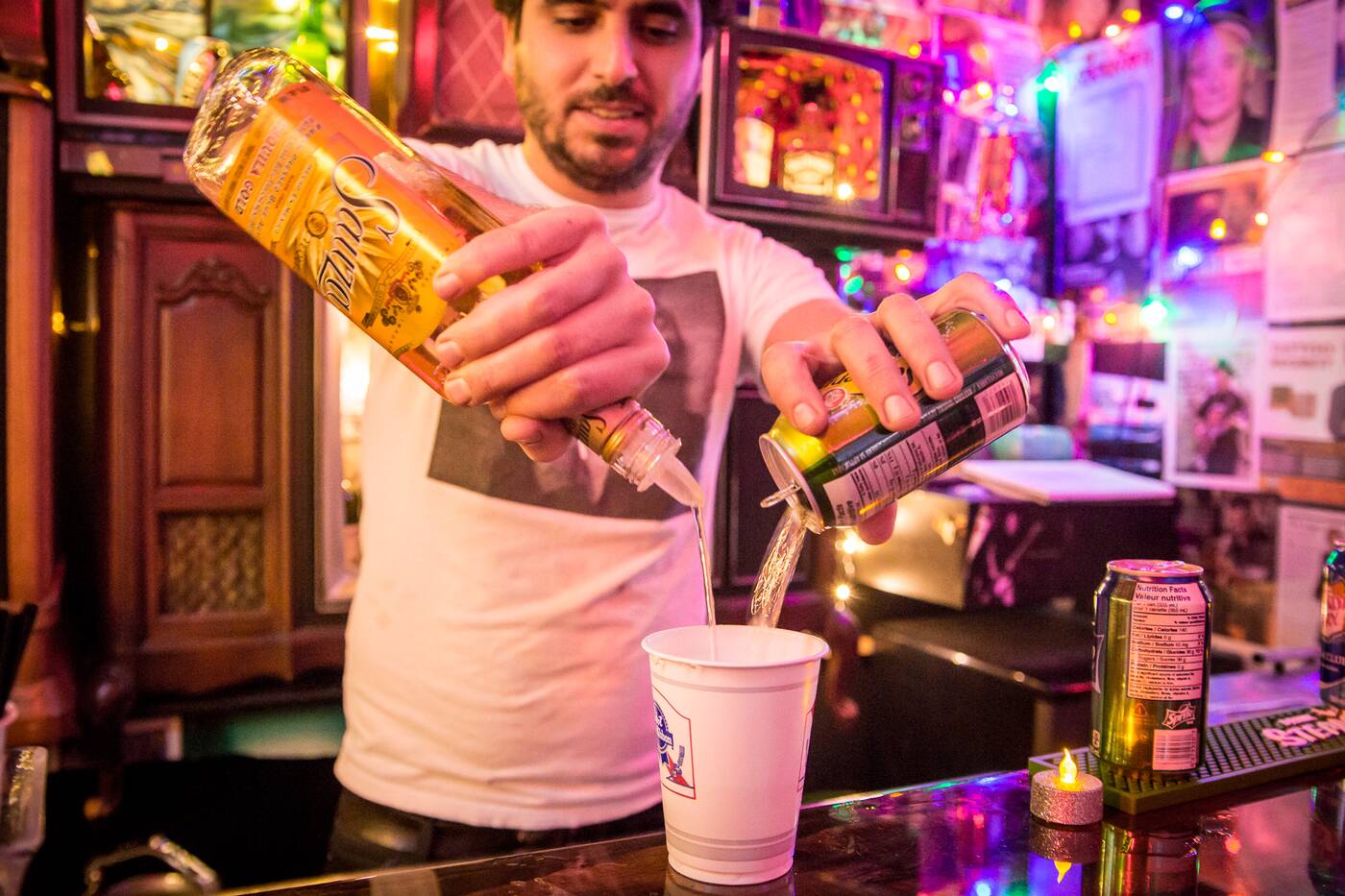 Bill Hicks Bar is one of the cheapest watering holes in Toronto. Photo by Jesse Milns.

Climb the dark staircase to Bill Hicks Bar to claim your reward in the form of cheap tall cans and mixed drinks.

While this 'hood is full of cheap watering holes, Bistro 422 is one of the most wallet-friendly. Shooters, beer and wine can all be purchased for less than $5. 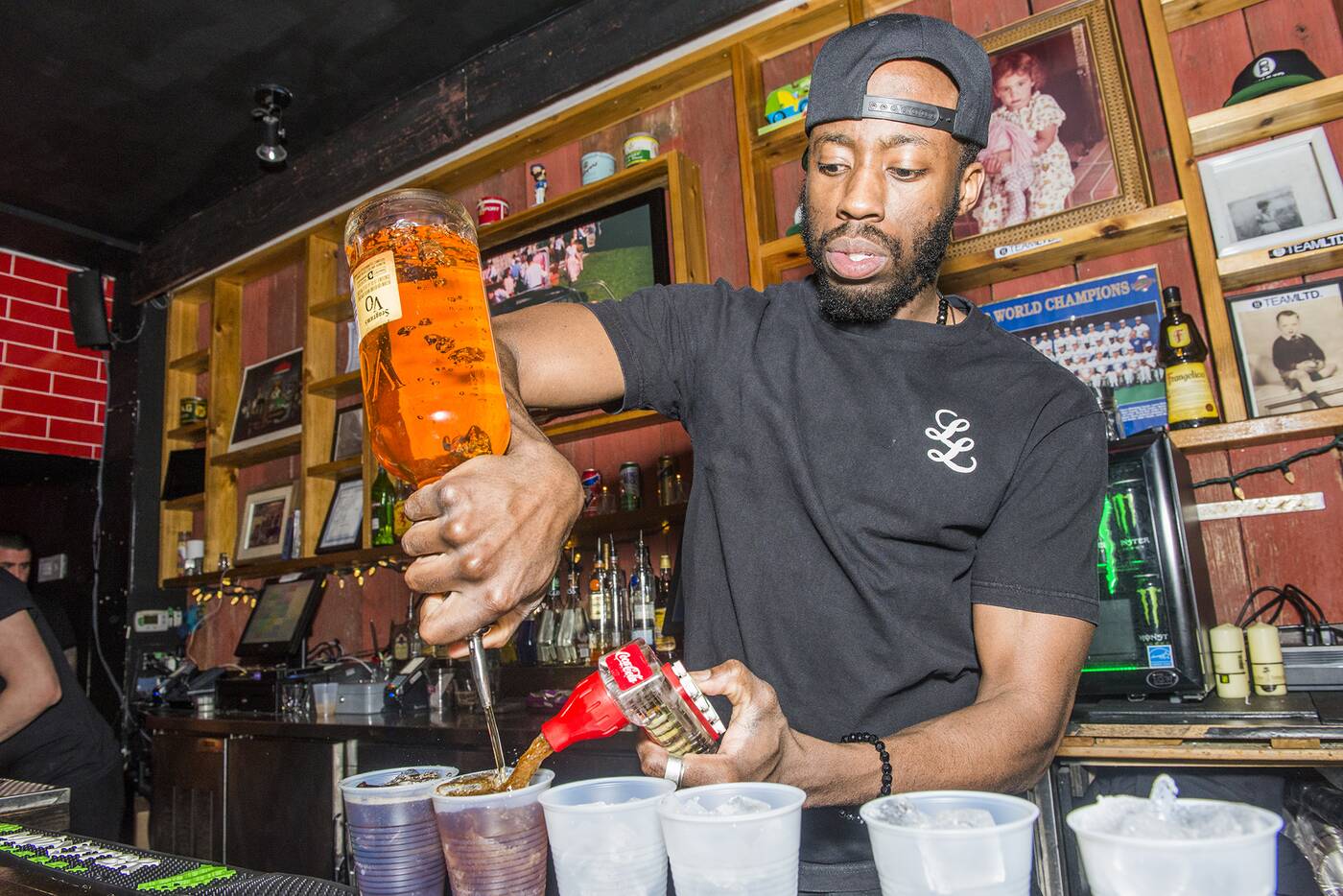 Baby Huey is the place to go for $5 Jameson shots and $5 Bud tall cans.

The specials at Wide Open are astoundingly cheap, not to mention that they're available every night of the week, even on Fridays and Saturdays, when most bars don't bother offering discounts.

Prohibition offers hooch hour between 5 p.m. to 7 p.m. then again from 10 p.m. to 11 p.m. It features various deals on draught beer, house wine and premium spirits.

Domestic bottles start as low as $3.50 but if beer ain't your thing opt for a pint of sangria for $5.50 at Roncy spot Sangria Lounge.

Since it's right across the street from the University of Toronto, Einstein attracts the post-library crowd. It's a hub for nightly specials and cheap, no-name brews - just how students like it.

There's something for every budget at The Dogs Bollocks, a British-style tap house. Standard bar rail drinks cost $5.25 and mini-pitchers cost just $12.

Lou Dawg's gets good grades with Toronto's student population for its budget-friendly menu featuring $5 shots of Jack, Jameson and Jager every day of the week.

Jesse Milns at Bar Neon. With files from Liora Ipsum.