This is the most unique restaurant in Toronto right now

If you head up the grand staircase to the second floor of the Hearn Generation Station, you'll find Le Pavillon, a fancy French restaurant inside the old power plant's control room.

It features a few tables scattered between various pieces of antiquated equipment as well as comforting accents, such as lamps, plants and peonies. 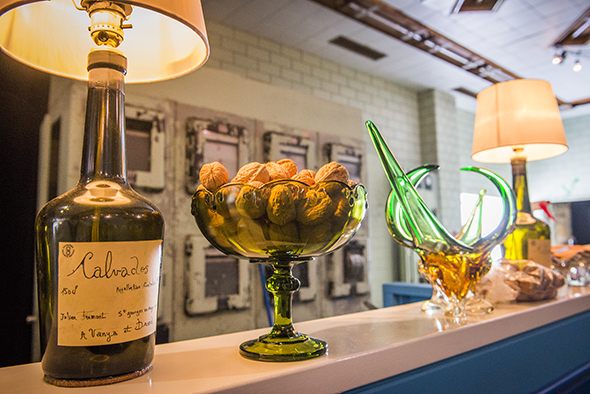 The approach kind of works in opposition to the venue, Fred Morin tells me. He's the co-owner of Joe Beef in Montreal and worked with Honest Weight's John Bil to bring the control room back to life.

They didn't move anything around, but rather they worked around the machinery to create a restaurant that honours the original Le Pavillon from the 1939 World's Fair in New York. 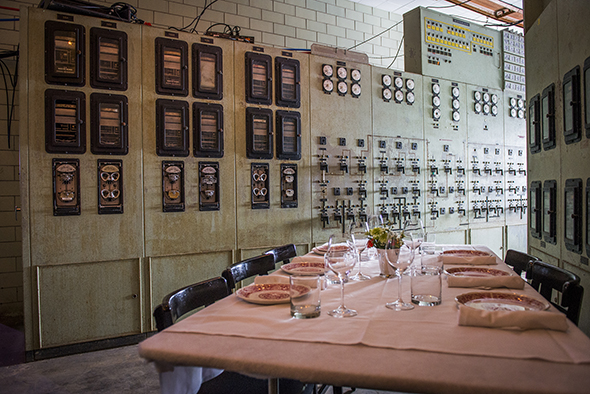 At this iteration, the various knobs, dials and spare pieces of graph paper still pepper the sci-fi-esque space. It's hard to believe how well it's come together, and what future possibilities the space promises. 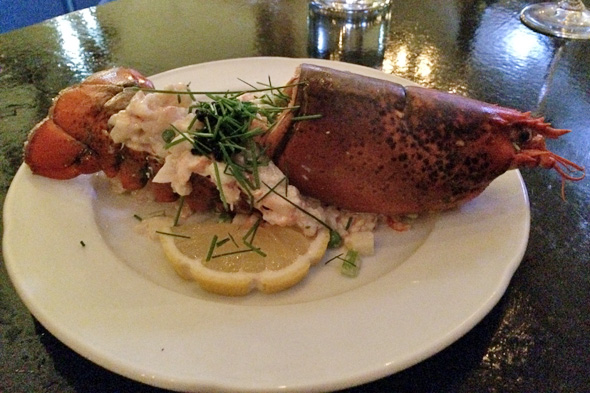 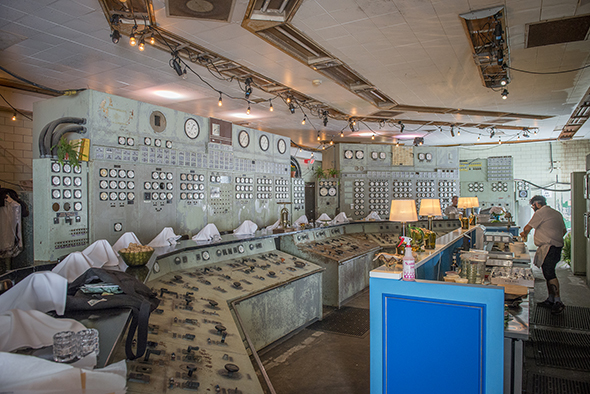 Tickets ($100) to Le Pavillon sold out quickly, but there's still space at the bar for walk-ups - just expect to wait in line if you decide to drop by. And this bar area might just be the most exciting place to sit. It's right in the centre of the room and Morin describes it as theatrical - which clearly fits into the Luminato Festival. 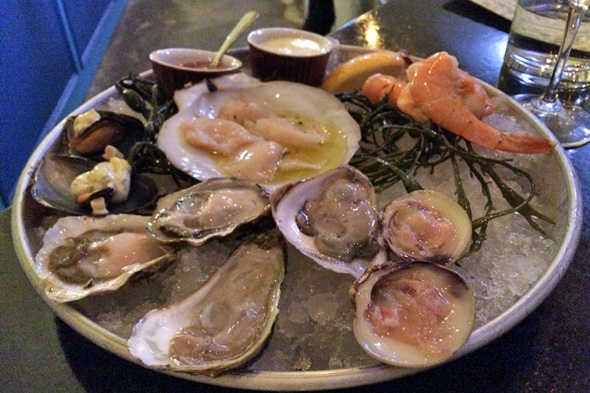 The menu available here is different than the set menu reserved for ticket holders. On Saturday night you could get a raw seafood plate for two featuring freshly shucked oysters, litteneck clams, mussels, scallops and shrimp. 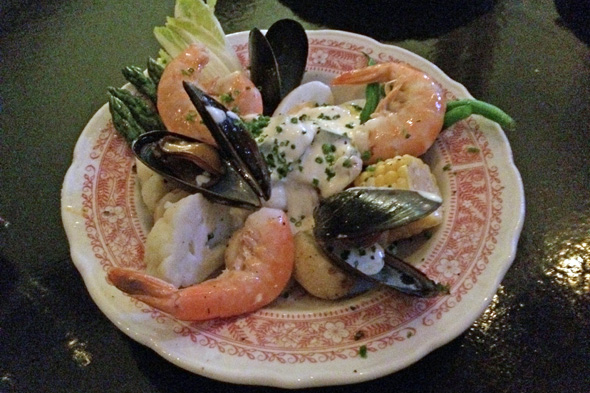 There was also an elaborate caviar service (topping out at $120 per ounce), a medley of raw vegetables and shrimp served with a house-made aioli, spears of white asparagus, ham and duck dishes and lobster salad served in the shell. 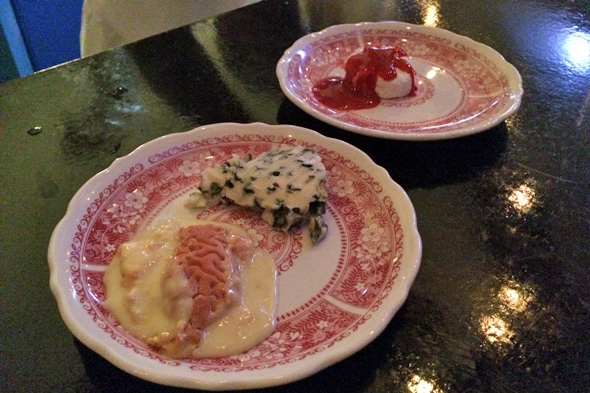 Meanwhile, dessert included a cheese plate, chocolate mouse and fresh orange slices, all of which topped off this indulgent French dining experience. 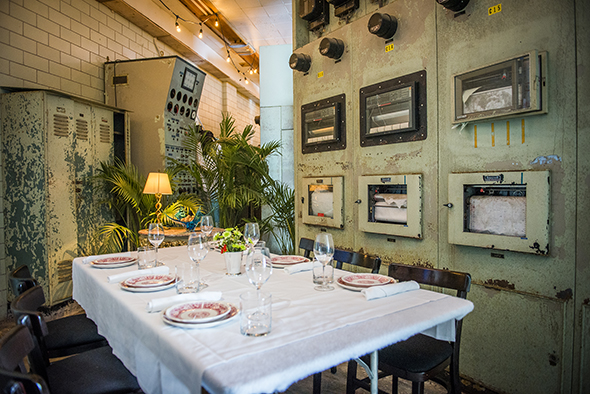 Morin and Bil have also recruited some famous friends from the local restaurant industry to help staff the restaurant pro-bono. Restaurateur and Black Hoof owner Jen Agg served as the host on Saturday night, working the lineup of walk-ins clamouring for a seat at the bar. Daniel Boulud might make an appearance later this week. 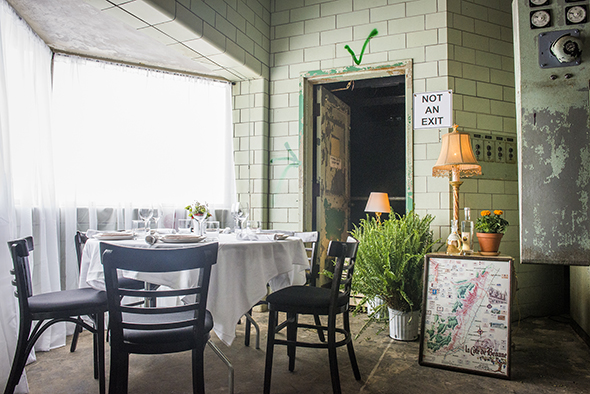 As the multi-faceted Luminato Festival marks its tenth anniversary, it's bringing most of its programming to the Hearn. And it's fitting the festival's spotlighting food in a massive way this year, especially since many consider it one of our city's most celebrated art forms right now. 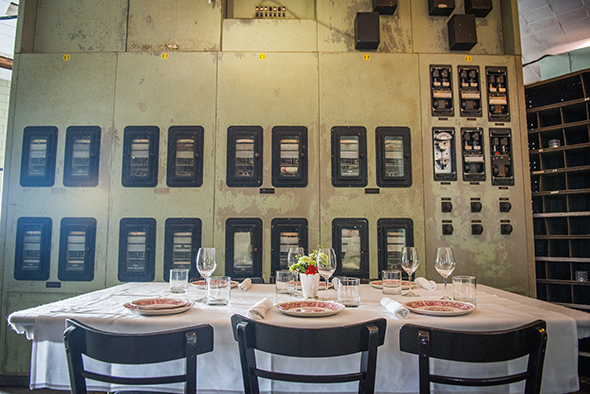 But this temporary restaurant is going above and beyond your typical buzz-worthy pop-up to serve an involved menu. "It's a very abundant and opulent meal," says Morin.

Don't expect Le Pavillon to stick around though - it'll disappear once Luminato wraps up on June 26 and the control room will sit empty once more. 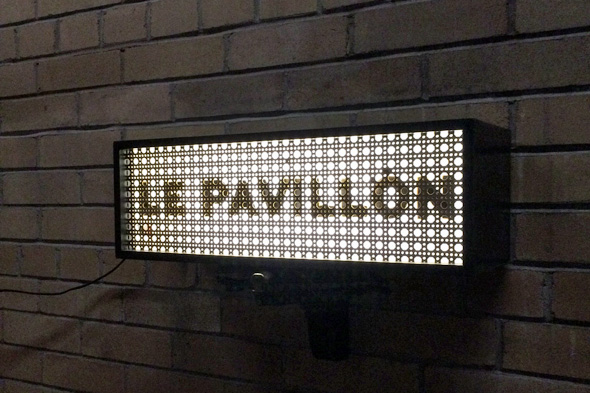