If you're craving Beyonce-approved smoked meat, a knish or latke poutine in Toronto, you may have a little problem. That's because the original Caplansky's Deli on College Street is closed, for now at least.

It all came as a complete surprise to owner Zane Caplansky. He got a call from his alarm company at around midnight, so he went to investigate. "I found a locksmith there changing the locks and the notices that I put up on Instagram were up on the door," he says.

According to the notice to tenant, Caplansky's lease has been terminated for "failing to effect repairs not authorized by the landlord." 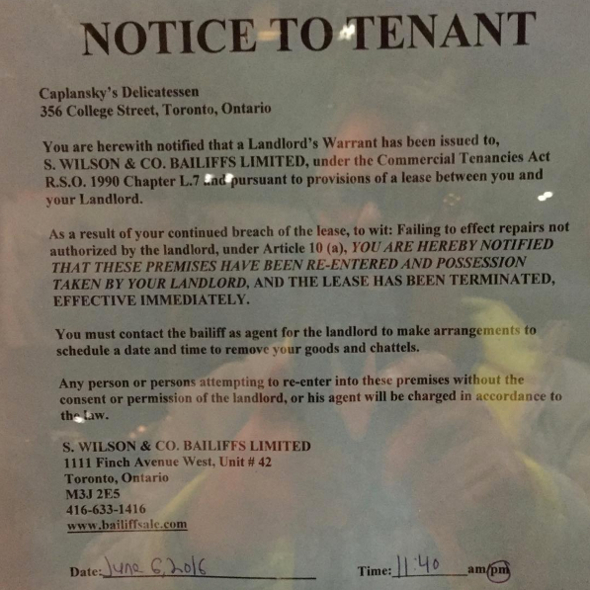 "I got no notice of this, I got no warning of this," says Caplansky, who notes that he's not even sure what "failing to effect repairs not authorized by the landlord" means. He contacted his lawyer and is trying to get this before a court as soon as he can.

Photo by William Kimber in the blogTO Flickr pool