Construction might be dragging at Union Station, but there's signs of progress. One of these is the announcement that a new outdoor food market is on the way to the newly rebuilt plaza in front of the train station.

Taking place between July 6th and August 28th, the market will serve as the centrepiece of what's being called Union Summer, a series of programming designed to utilize the ample outdoor space in front of the iconic building.

Better still, there will "bistro-style" seating in what is being called Sir John A. MacDonald Plaza. Wedged as it is between Union and the Royal York, this plaza looks like it has lots of potential to be a unique urban space. 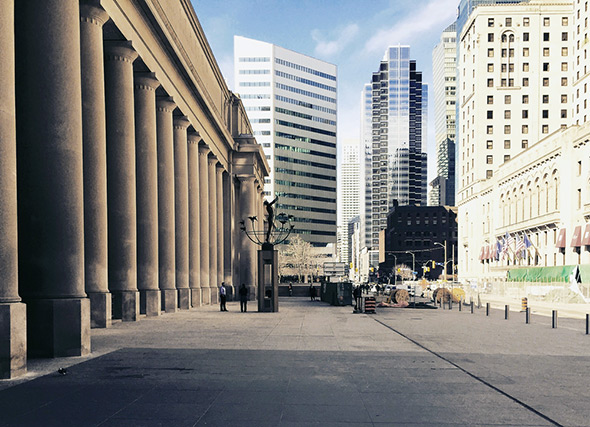 The call for market vendors has just been issued, so there are no specifics to report on that front. If done well, this market could have an almost European town square feel to it. In other words, this is yet another reason to look forward to the arrival of summer.

Photo by Peter Crock in the blogTO Flickr pool.