Toronto to get vegan community hub and event space

If you've been wondering what will go into Bike Pirate's old Bloor Street location, the answer is exciting: new Toronto venue and cafe D-beatstro will be carrying on the DIY bike shop's punk spirit in Bloordale Village. The space will host events and concerts while serving up locally roasted coffee and vegan and vegetarian comfort food, so you don't have to hit up Hogtown twice a day anymore.

I spoke to D-Beatstro founders Erika & Jess about their plans for the space's soft launch pop up market, their successful Kickstarter campaign, DIY, accessibility, pugs, and all ages shows in Toronto.

D-Beatstro's vision is to be a space that cultivates community and creativity, functioning on the surface as a cafĂŠ and art space. There will be a focus on cultivating a culture of community through socially conscious artists, performers, musicians, workshops and speakers. We will advocate social justice and create a safer space for dissent through education, empowerment of marginalized folks and community engagement.

Physically, we're still in the middle of renos. It's a really gratifying feeling watching D-Beatstro come together. The feature we're both very proud of is the fact that the space is physically accessible. We have a ramp at the door, both bathrooms are main floor, wheelchair accessible and gender neutral. As far as building and furnishing D-Beatstro goes, we are trying to focus on used and curb dived materials the most we can. 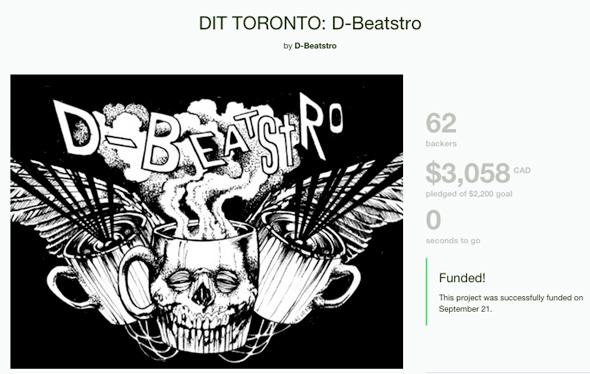 I saw you ran a Kickstarter, how did that go?

It went well! we were able to raise $3,000 from the support of our community. Thank you so much everyone!

What inspired you to start the space?

D-Beatstro was inspired by the lack of accessible DIY all ages venues in Toronto. We love our friends who run other DIY spaces in the city, however we wanted to create a space that could be both physically and financially accessible for folks interested in coming to shows or throwing events. 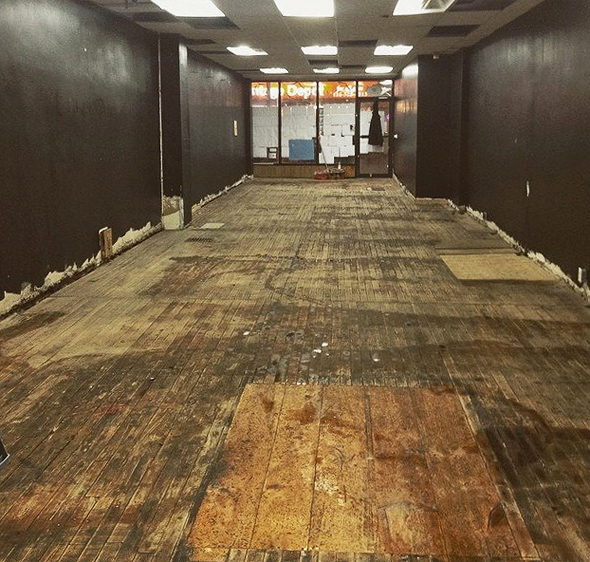 What about your backgrounds led the two of you to D-Beatstro?

Jess: I've been booking all ages shows for 10 years now between Toronto, Oshawa and Guelph, and been very active in organizing DIY spaces and resources such as the "Do it Together Phonebook" and Thigh High Clubhouse - and working in cafes forever. I'm also a herbalist, so I'm very excited to introduce my line of herbal teas through D-Beatstro.

Erika: Like Jess, I have been booking punk shows for around 10 years both in Ottawa and Toronto. I spent a chunk of my twenties working in cafes. I currently work with the Toronto Community Addiction Team. I like to stay active within the punk scene through playing music, writing my zine CUT THE SHIT, through putting together & releasing punk benefit compilations (Law & Disorder in support of Books to Prisoners and This is not a Test in benefit of Girls Rock Camp/Sistering), and through my distro Hangover Distro which will actually be moved into D-Beatstro.

I organize a "punk's picnic" every year, and kickball events - I love punk, vegan/veg cooking and baking, DIY everything, food politics and coffee, and D-Beatstro is a mash up of all those wonderful things! I'm also a momma to an amazing 7 year old daughter and 5 year old pug.

Okay, tell us about the food & drink!

We're very proud to announce that we will be brewing Dark City Coffee, locally roasted in Toronto. The beans purchased from Dark City supports the Feminino Project, which in turns supports women coffee growers and their families. D-beastro will serve up vegan/veg comfort food (look out for Erika's famous Philly cheese steak sandwich).

Our focus is affordable but still delicious veggie and vegan comfort foods. Food politics are important to us from where the ingredients come from to how they get to us, who can afford to eat them, and how the workers who harvest them get paid. We're not perfect and in a capitalist society it's really hard (and expensive) to have ethical food, but we're committed to this and as we grow we will be better able to support these politics.

What sort of events will find a home at D-Beatstro? 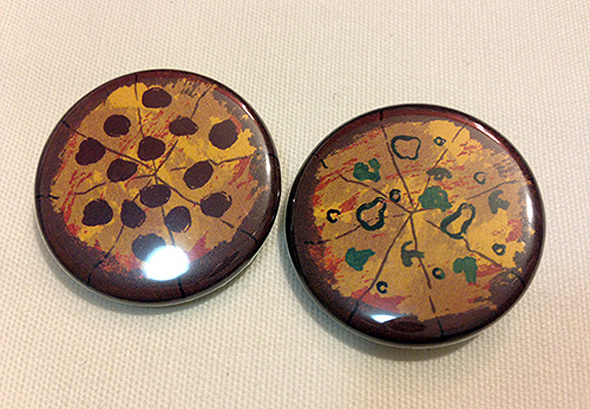 What do you have planned next?

For now we have our pop up market and some events scheduled in March. I'm very excited about our punk rock lottery show happening March 20th: community members have signed up, and the random bands formed will be playing a show on that night. We also have the 6th edition of Punks Is Covers planned at Coalition in Kensington on February 28th as a little fundraiser to help us open our doors.

Our grand opening will be in April where we will launch the cafe and our menu. We're starting small but we hope to expand the menu and space as we grow .

How can people get involved?

By coming out to events and talking to either of us, volunteering sending an email to dbeatstro@gmail.com.

Get a sneak peek of the venue at D-Beatstro's four day pop up market running February 26 - March 1, 12pm-8pm, showcasing "some great local artists, makers and community members. Everything from jewelry, to comics to soap." Their Punks Is Covers Fundraiser at Coalition is February 28.