What's going on with cat cafes in Toronto?

Toronto's cat cafe wars appear to have curled up on top of the fridge (how did they get up there?) and fallen into a light snooze. Meanwhile, Montreal, that dirty alley stray of a town, has celebrated the opening of its first cat cafe. What's the deal? As with so many other things in Toronto, it's the city's landlords throwing a dog into the cat condo.

If this happened a couple of lives ago for you, much fuss was made in the spring about the race to be Toronto's first cat cafe (a business where customers can grab a cup o' joe and a belly scratch from an adoptable kitty). There was Smitten Kitten Cafe, then Pet Me Meow, who even hosted a pop up shop in the early summer. Both cafes predicted a fall opening, but it looks like Toronto will have to amuse itself a little while longer. May I suggest a ball with a bell inside.

Smitten Kitten decided to change their name to Kitty Cat Cafe early on. On further changes, Jen Morozowich tells us her business partner Jeff Jarvis "found love and has decided not to move from Halifax." Yes, you little entrepreneurs, pounce on this: Morozowich is seeking a new partner in the cat cafe game. She tells us: "Yes! I am looking for a partner who has the same passion about the business as I do."

While Morozowich says working with the city and health board has been "the easiest part," it's our landlords who are anti-kitty cafe. "Landlords have been a challenge. They are either not accepting of the concept or they are fearful of allergies. Most buildings In Toronto have apartments above them. Landlords are worried about the ventilation system - I am now looking at purchasing a building."

While Kitty Cat Cafe's crowdfunding didn't meet its goal, Morozowich is not too worried. "I wasn't depending on it exclusively. Worst case scenario, if the cat cafe does not open (but it will), I will refund contributors donations. Everyone has been so wonderful. The fans of kitty cat cafe are so encouraging and patient. I want to thank them for their continued support." Best of luck, potential Kitty Cat Cafe compatriots. 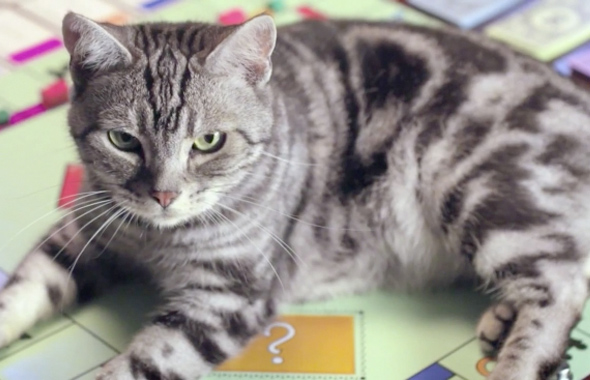 Speaking with Pet Me Meow, the same problem immediately arises. The city has been amendable, but Toronto landlords do not want live cats, even adorable adoptable cutie pie kitties in need who have all their shots, in their spaces.

"The main challenges that we've faced is really the availability of cat-friendly commercial space." Ashkan Rahimi and Jeff Ro tell us. "We have a very particular vision of what we want Pet Me Meow to look like - and how it should be so that our cats are safe and comfortable in the cafe - and we refuse to stray away from it just for the sake of opening. From the beginning Ashkan and I have been focused on "doing it right."

Pet Me Meow has already homed 10 cats through their pop up and crowdfunding campaign, and while the timeline has changed, they don't intend to stop.

If you want to help out finding a space, Ro and Rahimi are still hoping for the west end but are open to any opportunity that allows them to see their vision realized. "We'd ideally like to find a space that was already a food & beverage occupancy previously. We found that landowners don't like changing the occupancy of their unit."