A guide to Brazil in Toronto

With World Cup in full swing, Brazilian culture has come to the forefront of Toronto's collective attention - though there are more than just sports bars that deserve recognition. We surveyed the city to discover that there's a lot more to Brazilian culture than steakhouses and soccer. The list below culls the best restaurants, cafes, dance venues and festivals to get a real taste of what this Latin American giant has to offer in Toronto.

Here is a guide to Brazil in Toronto.

Mata Petisco Bar (1690 Queen St. West)
Newly opened in Parkdale, this Latin American snack bar leans towards Brazil while nodding to neighbouring countries. Try the burger made of Picanha (a favourite cut of meat) and wash it down with Caipirinha cocktails chilled with coconut water ice cubes.

Rio 40 (1256 St Clair Ave. West)
A taste of Brazil in the heart of Corso Italia does Brazilian staples like feijoada, a baked black bean with smoke meat stew, as well as a fusion of Portuguese and Italian dishes. Try the frango com catupiry, a pizza topped with tomato sauce, chicken, oregano and house-made Brazilian cheese. 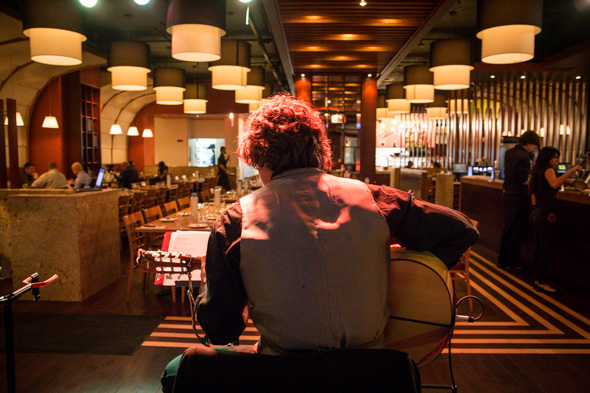 Copacabana (230 Adelaide St. West)
Two Toronto rodizios and one in Niagara are a meat lover's paradise where all-you-can-eat barbecue is paraded around the restaurant and carved table-side until you tell the waiters to stop.

Rodeo Brazilian Steakhouse (95 Danforth Ave.)
Another example of an ACYE steakhouse on the Danforth that offers a prix fixe for $40 on weekdays or $50 on weekends. Help yourself to the salad bar or wait as over a dozen cuts of meat are offered to each table.

Touro Churrascaria (125 York Blvd.)
This massive Richmond Hill restaurant does both rodizio and Brazilian brunch. In addition to the meat-heavy menu, try visiting on a Thursday when seafoods are on special too, including grilled swordfish kebab, jumbo prawns, bacon-wrapped scallops and more.

Brazilian Star (1242 Dundas St. West)
In Little Portugal this Brazilian bar and grill boasts a lovely back patio furnished with picnic tables. Inside is an ideal spot to watch sports events while snacking on fried cassava or pastel (Brazilian empanadas). 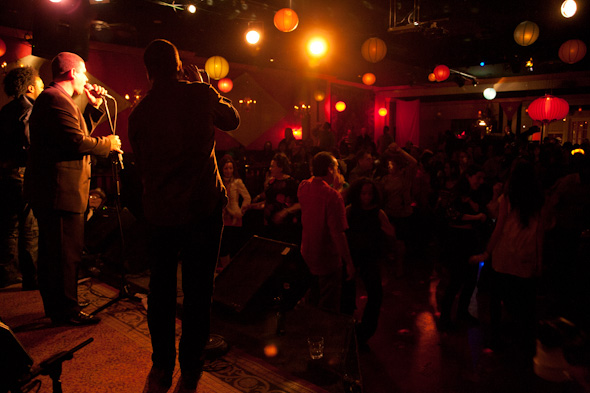 Lula Lounge (1585 Dundas St. West)
The dancehall is home to live salsa, jazz, Brazilian, African and world music, though they book everything from classical to punk. Look for their salsa dancing and dinner packages on Friday and Saturday nights.

Mana Bar & Lounge (722 College St.)
While not specifically Brazilian, the nightclub hidden in the basement of The Mod Club hosts rioplatense nights on Saturday nights, featuring a cross-section of Latin styles including cumbia, cuarteto, salsa, merengue and bachata. 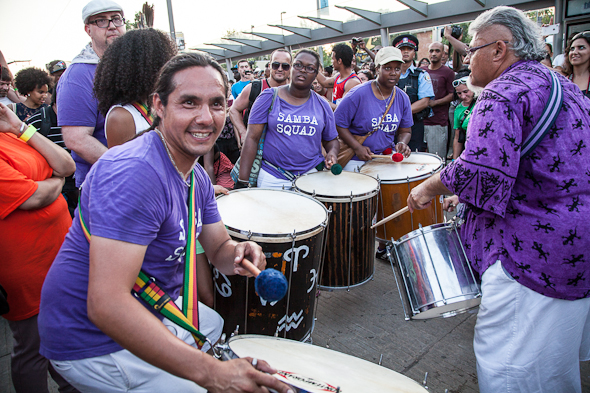 Brazil Fest
Founded in 2003, The Toronto International BrazilFest (BrazilFest) attracts over 30,000 people to its annual summer showcase of Brazilian culture, featuring the best food, arts and entertainment from the Brazilian community.

BRAFFTV
The Brazilian film and television festival takes place annually in the fall. The display of Brazilian culture in film screenings encompasses a curated showcase of films both submitted for competition and invited as well as Bra-zoo-kah (films by Brazilians living abroad), and Brazil Through Foreign Eyes (films by non-Brazilian filmmakers about Brazil).

Brazil Film Fest
Dedicated to Brazilian cinema, this showcase takes place over four days each year to
showcase a selection from the new wave of Brazilian filmmaking, including fiction features and documentaries.

What did I miss? Bolster this guide to Brazil in Toronto in the comments.

Top photo by Black Tux in the blogTO Flickr pool. Additional photos by Jesse Milns and Irina No.