If you're going to name a brewing company after yourself, it helps if you have a cool-sounding name. So at the very least, Graham Woodhouse, the founder of Woodhouse Brewing Company, has that going for him. Which is nice.

As it happens, he also has some experience in the brewing industry, a keen eye for label design, and a recipe for a tasty little lager that he hopes will be a hit among the city's patio frequenters this summer when his beer officially launches.

Currently operating as a "one man wolfpack," the former Labatt employee's plans are still in the early stages. He's been tweaking the recipe for an all-malt lager crafted with the assistance of Charles Maclean of Maclean's Ales, located just outside of Woodhouse's hometown of Hanover, Ont.

Woodhouse, who is gearing up to brew his beer on a commercial scale in the next few weeks, is working to eventually source hops from Meaford, Ont.'s Bighead Hops. For his first large-scale batch, he'll use hops sourced from the U.S. simply because of the timing of his first brew, harvest season, and the scarce availability of local hops right now. 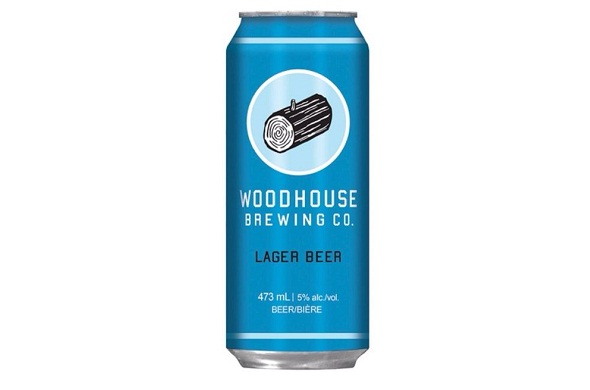 Woodhouse says that this beer, which will be marketed as simply a "Lager Beer," will be Woodhouse Brewing's only beverage. "I am trying to create an easy-drinking, all-malt lager that will be highly sessionable," he says.

The sample he provided from a small batch he made with Maclean seems to have achieved that quite handily. It's a 5% amber lager, meaning it pours a sort of rusty brown - as opposed to your standard pale yellow lager - owing to the use of imported crystal malt. It's a simple, crisp, and easy-to-drink lager that is single-hopped with Hallertaur Hersbrucker hops and tends a bit to the sweeter side. It's got a great aroma - really sweet, verging almost on fruity - and there's some underlying caramel on the nose from all the malt, too.

While that might seem like this beer has a lot going on, it's really all quite subtle, making this an extremely inoffensive beer with little to no aftertaste that seems well suited to Woodhouse's intended patio-dwelling demographic.

Woodhouse is set to brew his first batch for commercial release at Cool Brewery shortly and hopes it will be ready for the public by Canada Day. He's confident that with the help of Cool Brewery's Adrian Popowycz and Bobby Crecouzos, the finished beer will be even better than the small batches he's made with Maclean's so far. Torontonians can expect to see Woodhouse Lager Beer popping up in bars and restauarants this summer and, once the business is up and running and he's sure he can produce enough beer, he'll aim for an LCBO release in 473mL cans.