10 local spirits you can find at the LCBO

Local spirits are actually something of a rarity at the LCBO. Unlike other alcohol segments, like wine and craft beer, where local producers have flourished as of late, Ontario's liquor legislation makes the production and sale of hard alcohol in this province pretty difficult and expensive.

The result is that there aren't a lot of local spirit options yet (there's a reason this list isn't a "top" ten--I think this is all of them), but perhaps owing to the perseverance required to get their product on the shelf, what is available is actually really, really good. While all these companies offer their full product range at their onsite retail stores, here's a roundup of what's available on the shelf of the LCBO, in case you don't feel like driving around the province to stock up.

Still Waters Stalk and Barrel Blended Canadian Whisky | $39.95 | 750 mL bottle
When we first checked in with Vaughn's fledgling boozemakers, they were patiently waiting for their first batch of whisky to reach the age of three years so that it might legally be branded whisky in this country. In the meantime, they had crafted "Still Waters Special 1+11 Blend Canadian Whisky," a blended whisky they created using a little of their own product and whiskies sourced from other Canadian distillers. The company has since hit that crucial three year mark and has started selling their own single malt whisky (available at their distillery or online), but they've also opted to continue selling their award-winning blended whisky, now redubbed, Stalk and Barrel Blended Canadian Whisky, at the LCBO.

66 Gilead's Loyalist Gin | $43.65 | 750 mL bottle
Cheekily named after the United Empire Loyalists who settled the part of Prince Edward County from where the booze is made, 66 Gilead's Loyalist Gin is an interesting spirit that probably would have helped take some of the sting out of losing the revolutionary war. It's likely a bit sweeter than you'd expect gin to be, owing to its whole wheat base and abundance of fresh juniper aromas, making it dangerously easy to drink. With an ingredient bill that reads like a historic account of what loyalist settlers might have used to make their booze, locavores will flip to learn that the juniper, aromatic hops, coriander, and lavender used to flavour this spirit are actually all grown on the distillers farm.

Dillon's The White Rye | $37.45 | 750 mL bottle
As is to be expected, when Beamsville distiller Dillon's decided to craft a 100% Rye whisky, they put it in barrels and began patiently waiting for that crucial three-year period to pass so that they might legally be allowed to sell it as whisky. However, they also opted to bottle some of that spirit right out of the still (watered down to a potable 40%) and the result is The White Rye, a peppery, brash, and interesting spirit with a je ne sais quois that Dillon's website elegantly calls an "eager friskiness." Unaged spirits can be something of an acquired taste, but this stuff is worth picking up to do some weird things to your favourite cocktails or even sip on its own to realize that drink you've called "rye" all these years probably doesn't deserve the moniker. 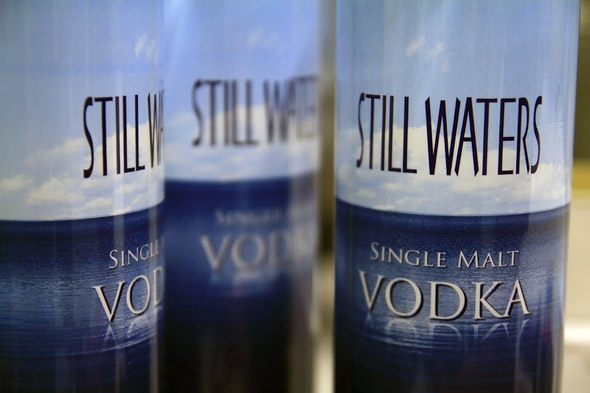 Still Waters Single Malt Vodka | $34.95 | 750 mL bottle
Despite what you might think you know about vodka and potatoes, the fact of the matter is that most commercially available vodka is actually made from grains and, typically, an assortment of them. Conversely, this award-winning vodka, made so that the guys at Still Waters could keep the lights on while they waited for their whisky to age, is made from 100% malted barley; thus the name "Single Malt Vodka." With hints of malt on the nose and a sort of subtle vanilla taste, this ain't your standard vodka -- and that's a good thing. Available only in limited supply at select LCBOs, it's worth the search.

Forty Creek's Barrel Select Whisky | $26.45 | 750 mL bottle and Forty Creek's Copper Pot Reserve Whisky | $26.45 | 750 mL bottle
Produced by distiller John Hall, a winemaker by trade, Forty Creek Distillery makes blended whiskies that help you to understand why blended whiskies are a good thing. Hall ages corn whisky, rye whisky, and barley whisky separately in oak barrels with different degrees of charring designed to maximize each grain's character. He then blends them all and ages them further in Kentucky bourbon barrels. The result is a great Canadian whisky that's got the richness of pecans, vanillas, and roasted nuts. For his Copper Pot Reserve Whisky, Hall followed the same process as above but chose the best of each grain whisky, and aged them each a little longer so they could develop more complexity from their respective oak barrels, then he bottled it at a slightly more potent ABV to give Copper Pot a little more oomph, to use a technical term.

Dillon's Unfiltered Gin 22 | $39.55 | 750 mL bottle
What differentiates gins from each other is, naturally, the selection of botanicals with which a distiller chooses to infuse their spirits. At Dillon's, the selection of 22 different botanicals that are infused in their grape-based Unfiltered Gin 22 is what sets this spirit apart from others on the shelf. Dillon's takes an approach to distilling that focuses on seasonal and local ingredients and the result of that philosophy is that this gin is remarkably smooth but full of complex flavour. It's a spirit that would be as well-suited to drinking straight from a jar while you hammer out a novel on an old typewriter as it would be to mixing with a splash of tonic to take to your daughter's soccer game in a hidden thermos (and, presumably, for myriad other less-weirdly-specific occasions, too). 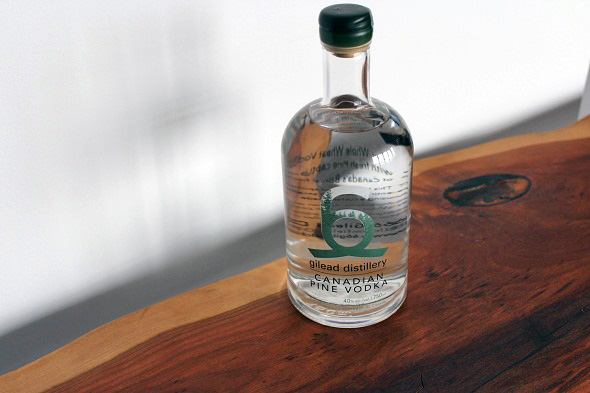 66 Gilead's Canadian Pine Vodka | $38.95 | 750 mL bottle
If the folks at 66 Gilead had "re-distilled" this vodka using juniper berries, it would have become gin (because that's basically what gin is). But they didn't. Instead, they vapourized their redistilled whole-wheat vodka through fresh pine needles collected from their own farm and the result is an excellently fresh and -- well -- piney vodka. Clearly well-suited to holiday cocktails that include red fruits, this one will serve you well at your next holiday party since you can talk about the unique pine vodka until you drink enough of it to stop caring about making conversation.

Toronto Distillery Company's Organic Ontario Wheat Spirit | $39.50 | 750 mL bottle
It would probably be easiest to describe this as simply "unaged whisky," but that would be doing it a disservice. Indeed, whether you call it moonshine or white lightning or new make, the "Organic Wheat Spirit" from Toronto Distillery Co. is more than simply a means to a future-barrel-aged-spirit. The company has made no mention of barrel-aging and instead is focusing on bringing a certified-organic spirit to LCBO shelves that highlights the qualities of Ontario grain. In an industry where there's not a lot of rules about advertising what goes into the finished product, this bottle is unique in that you can literally read about its entire story from grain to glass.

66 Gilead's Whole Wheat Vodka | $37.30 | 750 mL bottle
Here's the thing about the vodka you usually drink: it sucks. Vodka, by definition, is a tasteless spirit that's essentially the base for all the other, tasty spirits. To make "good" vodka, you basically just keep distilling that base booze until you get as close to pure ethanol as possible. When "premium" vodka makers brag about how many times they've filtered their booze, they're really bragging about how much it tastes like water. And water, I think we can agree, is not something that we alcohol enthusiasts want to waste our time with. That's why 66 Gilead's vodka is worth checking out. It's made with local organic wheat (though they'd like to remind you it's not certified organic because that's really expensive) and so the flavour is reminiscent of something like baked goods with soft vanilla undertones.

If you're chugging before your high school dance, by all means stick with the usual vodka, but if you enjoy interesting flavours, trade in the water for something local and interesting, i.e. this.

Ben Johnson also writes about beer and booze over on Ben's Beer Blog. You can follow him on twitter @Ben_T_Johnson.