Seemingly perfectly timed with my newfound interest in the art on Toronto's beer labels, a new Ontario brewer, Collective Arts Brewery, officially launched last Thursday night, with a goal no less ambitious than "fusing the craft of brewing with the inspired talents of emerging and seasoned artists, musicians, poets, photographers & filmmakers."

How exactly founders Matt Johnston and Bob Russell are attempting to do this is by featuring the work of emerging artists on the labels of their beers.

Series one of their beer/arts collaboration will be plastered on their first beverage, Rhyme & Reason Extra Pale Ale, a 5.7% ABV American IPA flavoured with Citra, Centennial, Chinook and Simcoe hops. This first series will feature 90 artists on 90 different labels and includes visual art, short film, animation, and music videos. 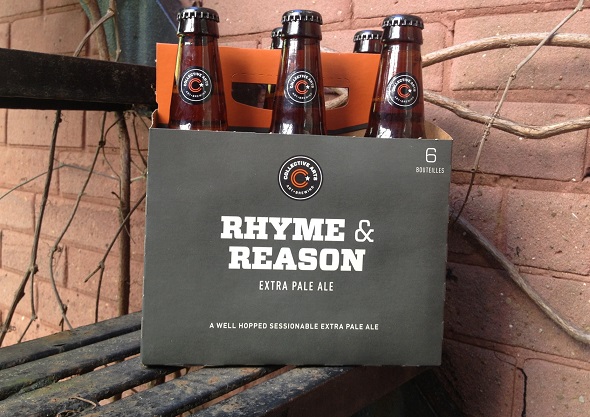 How do you get a music video on a beer label?

Well the founders of Collective Arts have partnered with Blippar, a smart phone app that will recognize the art on the label and take you to the corresponding video or information about the artists.

Johnston is an 11-year brewing industry veteran who's worked with breweries big and small, and is also the co-creator of Hop City Brewing Co. Co-Founder Russell is responsible for creating the brands for some of North America's leading breweries, perhaps unsurprisingly among them Hop City Brewing Co.

Taking on the role of "Brewmaster-in-Residence" for the company is Ryan Morrow, who is also a brewer at Nickel Brook and, if the title seems a bit odd, it's likely because it's a hint at the company's loftier and more geographically diverse goals. Johnston tells me that the plan is to expand the brewery to a handful of locations and tap other brewers to take on the beer making duties â something like an extension of the company's creative and unique business model. 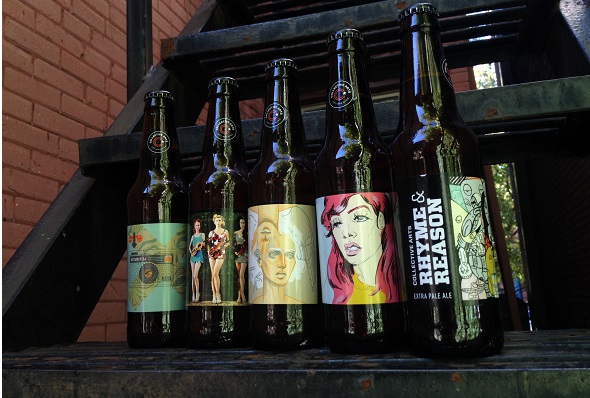 For the time being they're brewing their beers out of Nickel Brook's facilities, but expansion is already on their minds and the goal is to expand and collaborate with brewers in BC by as early as the summer of 2014.

Rhyme & Reason Extra Pale Ale will be available this month at select LCBO locations and is currently available in Toronto at The Rhino, Barhop, barVolo, WVRST, Thirsty and Miserable, and the Mugshot Tavern

To submit your art for a chance of gracing your very own beer label (not to mention pocket a righteous $200 in the process), you can visit Collective Arts' website here.

Ben Johnson also writes about beer over on Ben's Beer Blog. You can follow him on Twitter @Ben_T_Johnson .