Brauhaus brings homebrew out of the garage

When most people think of homebrewers, they picture bespectacled and/or bearded folks toiling away over liquids boiling in big pots and funky smelling things fermenting in glass bottles in a garage, backyard, or basement somewhere. And while in my experience that image is essentially 100% accurate, there's now an organization in Toronto that at least gives these folks a reason to get out of the house once in a while.

The stated purpose of their organization is no less lofty than to throw a great party featuring home-brew and food pairings, and to maybe even turn a few non-beer drinkers into believers. The free-to-join club invites its members to semi-regular, small-batch homebrew events that bring together homebrewers, local food vendors, and, ostensibly, the people who like homebrewed beer and food from local food vendors. 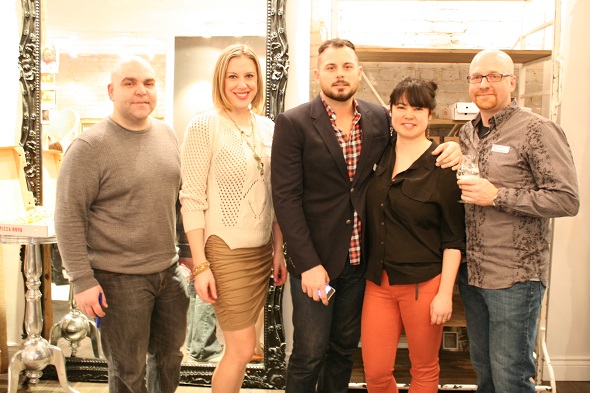 Previous events have featured a slew of beers you're unlikely to find elsewhere but that are sure to get true beer nerds drooling. Their first event in November featured a gose (a German-style beer made with salt), and a curried stout with hot peppers, cumin, and kafir lime leaves, while their sophomore event in February, which focused on beer and candy pairings, saw Brauhaus members drinking blood-orange Belgian wit, a rose-hip saison and a handful of chocolate stouts and porters.

In keeping with the theme of showcasing undiscovered local talent, the glassware for every Brauhaus event is unique.The organizers put out a call to emerging artists — usually OCAD students — and rifle through portfolios to find a good fit. Once they have, they work with the artist to develop unique glass art that suits each event's theme. 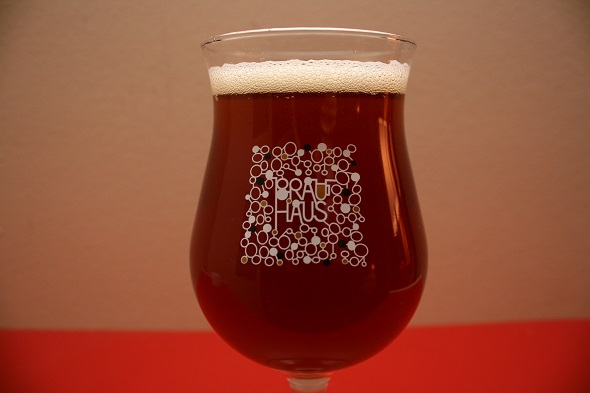 But don't let the artsy stuff fool you: the focus here is beer.

"The quality of brewers we choose for our events is so amazing that some of them have gone on to become pros," jokes co-founder Scott Stewart. "[former participant] Brad Clifford set up his own nano-brewery at Get Well, and the guys from 5 Paddles in Whitby were also part of a Brauhaus event," he says. "We'd like to think we had a hand in that, but the reality is for our first couple events, we invited certain home-brewers that have a reputation for brewing really great stuff," he says, although the strategy seems to have worked.

"Now that the word is out," he says, "we get lots of interest from brewers of all levels. Ultimately though, we just want to be the place where talented brewers come to get noticed and appreciated for their beer-making talents."

In addition to showcasing under-appreciated beer-making talent, Brauhaus is also working to bring more people into the sometimes intimidating world of homebrewing by way of their very own mentoring program. It's largely informal — they basically just connect interested newbies with skilled brewers — but depending on individual brewers' knowledge-base, the partnerships can prove beneficial (beyond the obvious benefits of providing people someone with which to drink beer). "Lots of people want to get into homebrewing," says Stewart, "but there's a lot to learn and a few pieces of kit to buy. Our mentorship program is all about demystifying the process for people that have brewed a few times and want to make better beer." 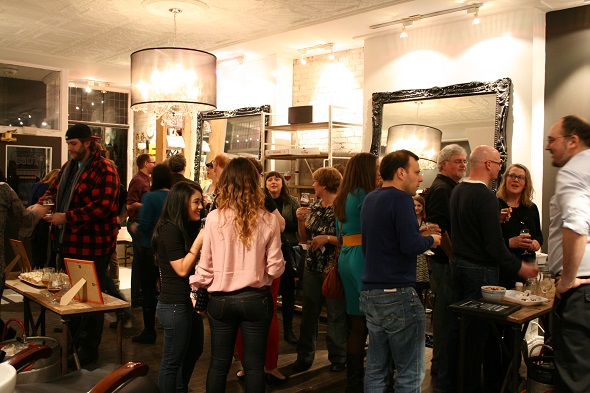 Soon they'll be taking the conversation about making better beer to an even bigger audience as the group prepares to host a "Homebrew 101 panel" as part of the Toronto Festival of Beer's Brewmaster's Series and, after that, they'll be collaborating with The Indie Alehouse to host what is quite possibly the province's first Home-brewer Tap Takeover during Toronto Beer Week on September 17th.

In the meantime, there is still space available for their next homebrew-drinking event on Saturday; a "summery" affair in Kensington Market that will feature Korean Tacos from pop-up vendor, K-Song and a selection of suitable homebrew like a "Randallized" pale ale, a women's tonic ale made from nettles, cohash, and raspberry red leaf tea, and even a nitrogen-charged IPA which looks to pair that beer's hoppy signature with a smooth and creamy texture.

As with previous events, it's a lineup you'd be unlikely to get a chance to try were it not for Brauhaus — unless of course you're into visiting strangers' garages.