The Toronto Distillery Company arrives in the Junction

Given that beer is playing such an integral part in the cultural renaissance happening in the Junction thanks to Junction Craft Brewery, The Indie Alehouse, and the plethora of new bars that have sprung up to rejuvenate the area's nightlife, it seemed like it was only a matter of time before some folks making the harder stuff showed up, too

Charles Benoit and Jess Razaqpur are old high school buddies from Ottawa who share a passion for whisky and a few years ago, after a chance encounter that led Charles to a job helping American distillers to export their spirits, the duo opted to launch their very own distillery. They've set up shop on Cawthra Avenue and have already made friends with a lot of their Junction neighbours — they literally share a wall with their next door neighbours at Junction Craft Brewing.

"We couldn't believe our luck because this is such a great place to be," Charles says of the neighbourhood's collaborative vibe. "Our welder lives down the street, and when we got a great deal on a used dairy pump that needs a new motor, sure enough we were able to find small motor repair guy named Jim down the street, and he came over yesterday and fixed it." 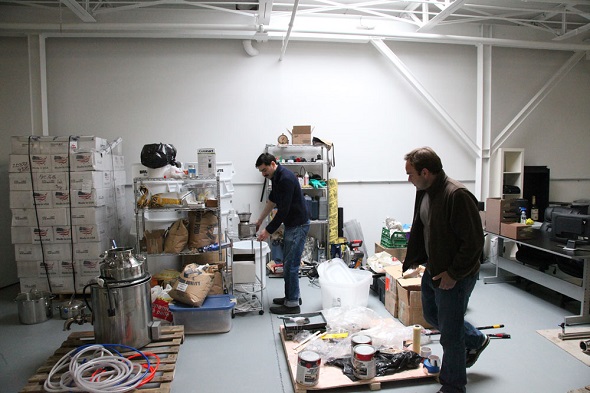 Jesse echoes Charles' sentiments on the Junction's unique vibe. "There's a lot of people here who just want to to do their own thing and make their own products. That mentality is really going on here. People are making stuff in this neighbourhood."

Because Canadian law states that booze has to be aged three years before it can be called whisky, you won't find any of the brown stuff on sale for some time; however, the guys are just as enthusiastic about sharing the unaged version of their product with the world.

Essentially what the uninitiated might call "moonshine," Jesse and Charles are clearly enthusiasts of what those in the know prefer to call "New Make," and dismiss preconceived notions people might have about illegal stuff being swilled from jars.

"We actually really like new make," Jesse says. "A lot of people are like, 'well, you have to sell new make for three years before you can sell whisky' but we both really like it. In the States where there's a market for it we buy it all the time and it's a growing market." 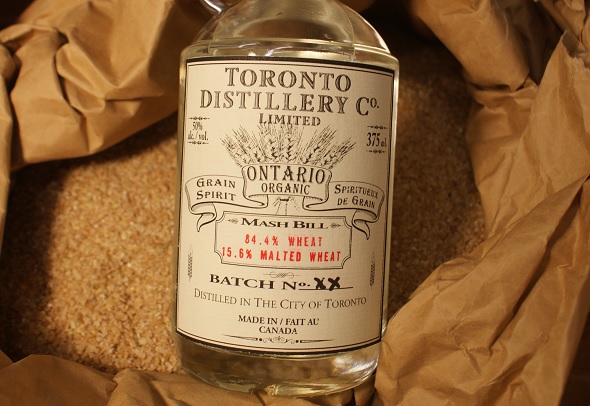 "I actually have a liquor retail license in the US," Charles says, "and the old guard might not believe it but I sell a ton of unaged whiskey. There's a huge demand for it. I push back hard when people say we're selling it just for cash flow."

Indeed, the Toronto Distillery Company seems well poised to offer their unique brand of booze to a burgeoning market. Jack Daniels has an unaged whiskey as does Jim Beam and, as luck would have it, during the process of filing various permits, Jesse and Charles discovered that the LCBO will actually be making a big promotional push for the new make market next month.

But unaged whisky isn't just a gimmick. New make is finding fans with people who are into knowing where their products come from. "Too much focus is on the flavours infused from the barrel," Charles says. "It's gotten to the point where it's completely eliminated the talk about feed stock. No one advertises what kind of grains they used in their whisky. It's something that you can't discern from most labels and that's kind of insane."

Jesse tells me that's a trend they're looking to buck. "Some distillers, the big guys, are literally using whatever the cheapest grain is that they can buy that day. Some of them are distilling triticale (I had to look it up too, it's a grain available cheaply by the car load — Ben), so one of the things we're emphatic about doing is that on every single bottle we're going to stamp the mash bill so you know exactly what's in the bottle." 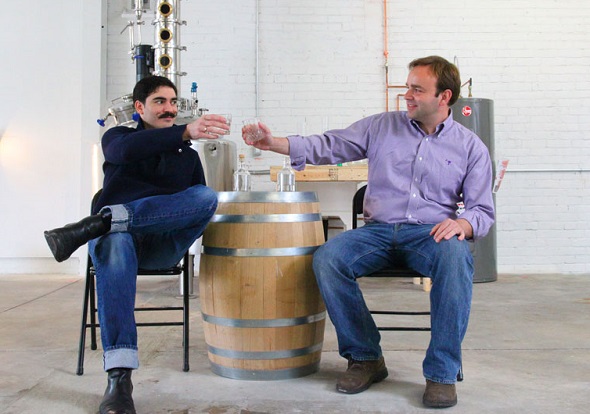 For now, Torontonians anxious to get their hands on locally brewed new make will have to wait — but not too much longer. The guys are still setting up their main still, painting floors, and will be assembling a small sales and tasting area, but they're confident that there will be retail sales of new make on-site by June and they'll likely start barreling some stuff by the end of the summer — and three years from then we'll have our very own Toronto whisky.

Ben Johnson also writes about beer and booze over on Ben's Beer Blog.