Behind the scenes at New Moon Kitchen

Eden Hertzog breezes through the door of her cookie factory, New Moon Kitchen, to greet me. Her five-week old baby girl, Frankie, is the picture of serenity in a snuggly, cuddled into her mom's chest.

Hertzog jokes that she's allegedly on mat leave, but that doesn't happen for business owners. She seems cheerful about it, though, and just casually continues to operate a factory that churns out 25,000 cookies per week, baby in tow. 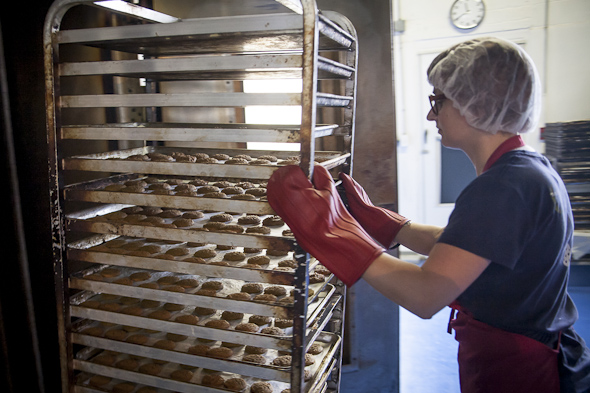 Hertzog has been running New Moon since 1997, but she didn't always have four giant rooms in a warehouse to house her business. She started putting together batches of her recipes after hours at another cafĂŠ she worked in at the time.

"I'd make what she needed for the cafĂŠ, then bake until 4 a.m. or 5 a.m.," she says, with absolutely nothing of that harried look that so often accompanies such reminiscing. 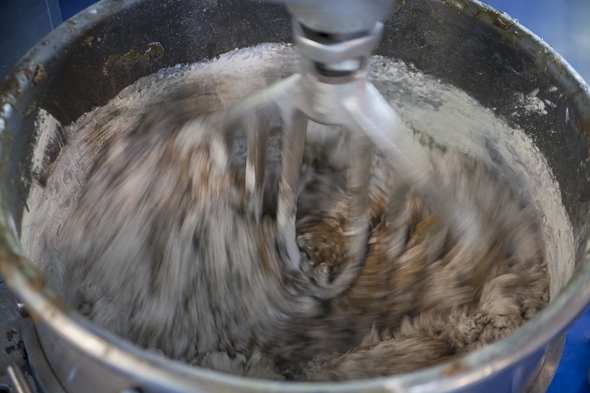 Now, New Moon Kitchen has six staff members, an inventory room, a baking room, a packaging room, and a staff room/office, all in a bright, sunny, and ancient warehouse near Lansdowne and Dupont. It's probably the quietest, most peaceful factory on earth. And, 16 years later, she still sticks to her original vegan recipes.

"What I gained awareness of was that people wanted not only vegan, but also egg-free and dairy-free options. Why would we say, 'Let's put butter in because we can?' And initially I couldn't afford nuts, so we stayed that way," she says, laughing. 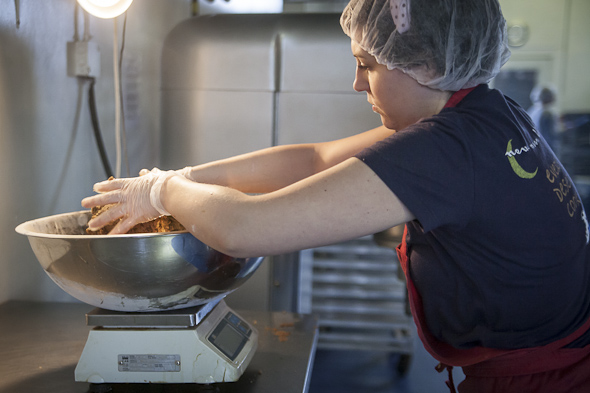 All of New Moon's recipes are Hertzog originals made with organic spelt flower, from Momints (mint chocolate heaven) to Ginger Snappers, which I got to try right out of the oven.

The flavours definitely taste authentic. Hertzog uses a pile of fresh ginger for the Snappers, and they don't taste overly sugary like most store-bought cookies. My one issue is that the cookies are a little on the crunchy side. That makes sense, though, since they're shipped to stores across the country by UPS, and a soft cookie wouldn't hold up very well in those conditions. 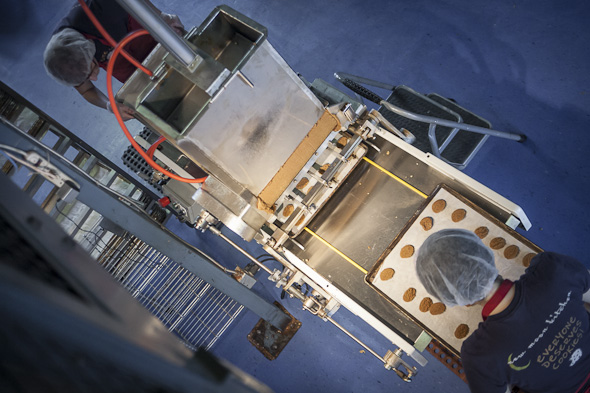 Obviously, producing 25,000 cookies in a week is no small task. But the New Moon bakery has an industrial mixer, a rack oven that looks like a boxy spaceship and bakes 640 cookies at a time, and a cookie depositor, which, Hertzog says, is "as high-tech as it gets." The depositor is actually quite amazing. The dough feeds through the top onto a mechanical roller, and the cookies are stamped out at the bottom, four at a time, 32 to a tray. 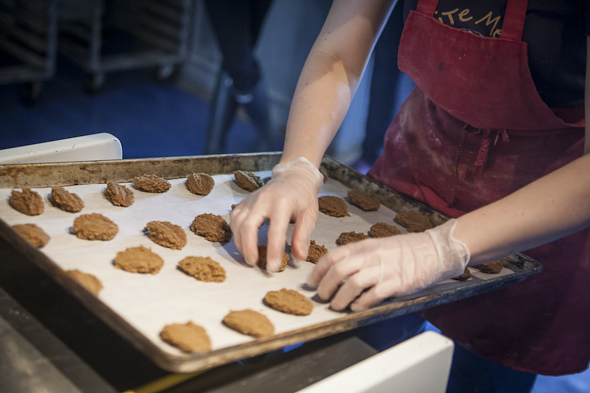 The Bite Me cookie, which is made from seeds and oatmeal, is still scooped by hand, she says, because it'll crumble apart if it goes through the depositor. "It's nice to have people making food by hand," Hertzog says. "I think we're going back to that." 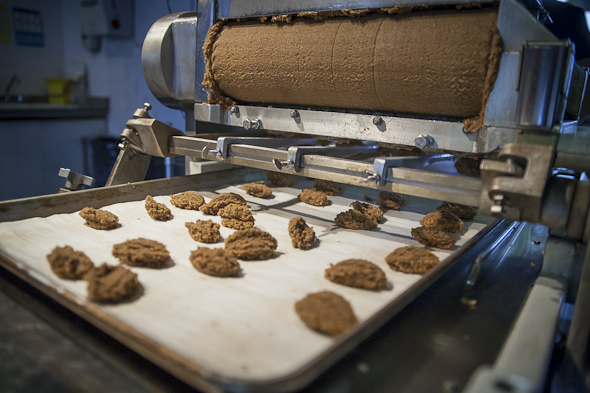 In all of her spare time, Hertzog is busy inventing new recipes. She's releasing a sugar-free granola bar and toddler cookie in about a month, for which her two-year-old son Cedar acted as the guinea pig.

"I just created the thing I wanted to give my kid. Sugar makes kids crazy. It's like crack for kids, and nobody wants to hang out what that kid." Amen to that, sister. 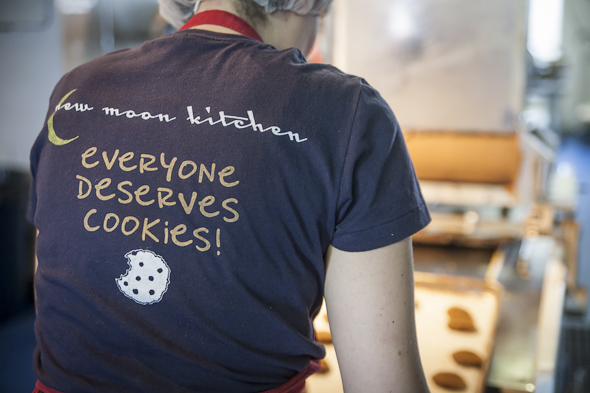 In the meantime, Hertzog and Frankie will continue to pop by the factory every so often, because Hertzog just can't stay away. She is doing a commendable rendition of 'having it all.' 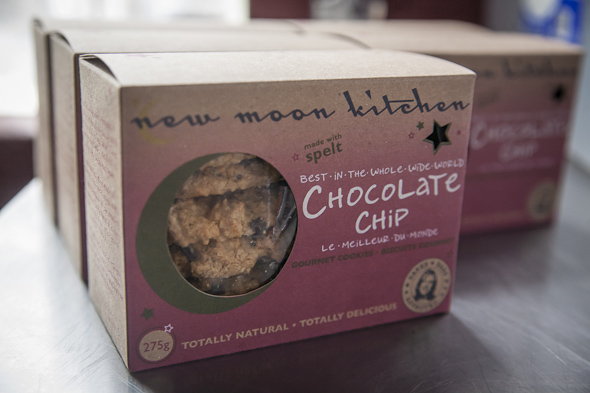