How to make a cocktail: The Low Season

Much of the focus for our cocktail series so far has been directed towards North American or European ingredients, like bourbon, rye, vermouth, and gin. All have a history of craft and culture that commands a certain level of respect. Today, we're covering a tequila drink. The very mention of the word can send shudders down the spines of even the most seasoned drinkers, as memories of a single terrible night (or following morning) come flooding back.

Sadly, what emerges from the gutters outside Entertainment District nightclubs have a lot to answer for, as an entire craft culture all of its own gets neglected in favour of treating its cheapest expressions as a party favour: there only to keep a buzz going in between trips to the dancefloor, or as a slushy and salty mess of blended ice and sour mix arriving in between rounds of fajitas.

The efforts of the CRT in Mexico, to prevent poor quality product from masquerading as the national tipple, has meant that we're increasingly finding LCBO shelves and local bars stocked with a higher grade of product. Under strict appellation control (similar to that of Cognac), high-grade Tequila must be made with 100% blue agave under tight geographic controls. Laws dictate that 'un-aged' tequila be referred to as blanco, while spending anywhere up to a year in oak barrels earns a bottle the right to call itself 'reposado' ('rested'), and anything more than that grants a bottle the 'anejo' designation.

Beware of Tequila Mixto, which will not specify that it is made from 100% blue agave on the bottle. Instead, it's only 51% agave, and allows for additive ingredients like caramel colouring. This is the kind of stuff that can lead to a morning of regret. 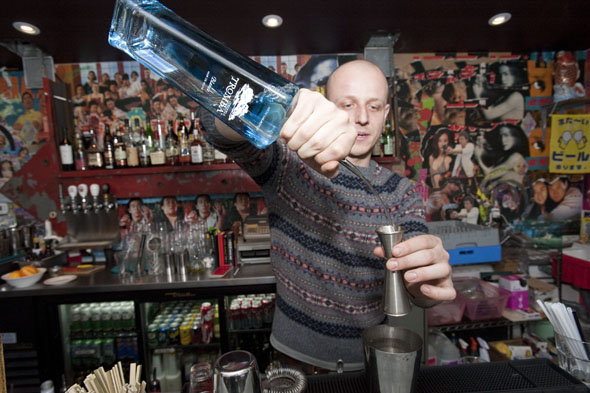 While many establishments are collecting Tequila and its smokier cousin, Mezcal as sipping liquor, we've also seen a succession of great bars in Toronto that love working with it to produce fine cocktails. As the price and quality of the ingredient has risen, so too have the stakes in ensuring that it can be enjoyed properly.

When it comes to creating new drinks, there is nowhere in Toronto that serves up as many fresh ideas as Cold Tea. They don't have a printed cocktail list, but any cocktail they make is $10 (with mixed drinks ringing in around $5.50). 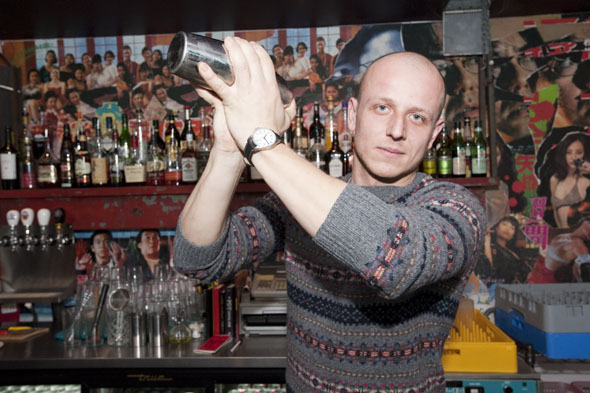 Between co-owners Matt LaRochelle, Oliver Dimapilis, and Stacey Welton, flavours are tossed around as comfortably as the eclectic beats pumped out by any number of guest DJs, and visiting bartenders are often given license to invent things that their own establishments might have them committed for. The first question you'll be asked is not "what'll it be?" but rather "what do you like?" It's like a build-your-own-salad bar, but with a trained consultant to make sure it all tastes good.

That's not to say that each of the team don't have a list of drinks already in their head, and if you ask for a staff favourite, you could very well end up with Matt's "The Low Season," a riff on a cocktail known as The Matador (a less well-known cousin of the Margarita). 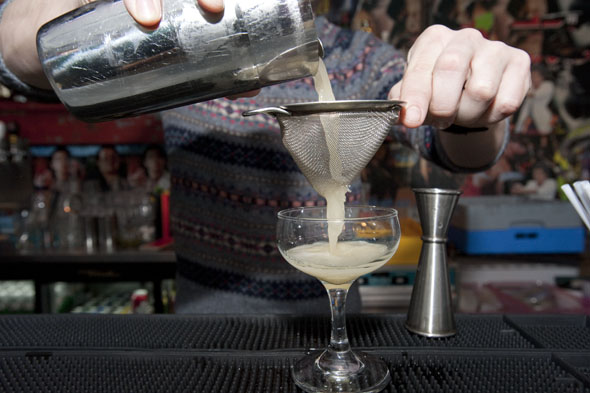 Created to remind him of sunnier climes during the grim winters we all suffer here, this island-inspired drink will transport you on a mini-vacation.

In a cocktail shaker, he combines Torontonian Eric Brass' Tromba blanco tequila and a chili-infused Olmeca Altos reposado (aged in wood for anywhere up to 1 year). Pineapple juice and freshly squeezed lime are added with agave syrup, and 10 drops of Bittermen's Tiki bitters to round out the drink with spice notes. Finally, a little pinch of salt is dropped in to balance the sweetness of the juice and agave. The mix is shaken "severely," before being strained into a cocktail glass.

Matt advises that if you want to kick up the heat on a tequila, add 2 bird's eye and 1 chipotle chili to a bottle, and infuse for 2-4 days before straining. 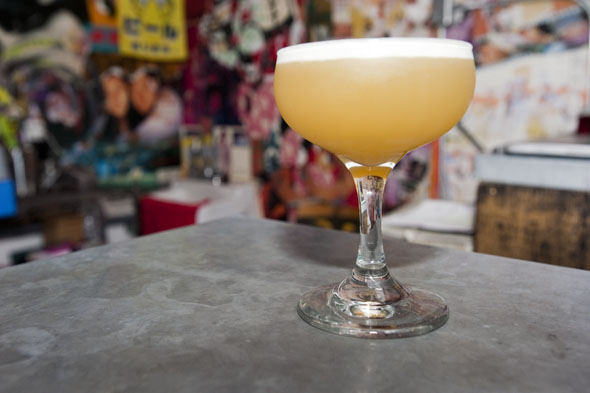